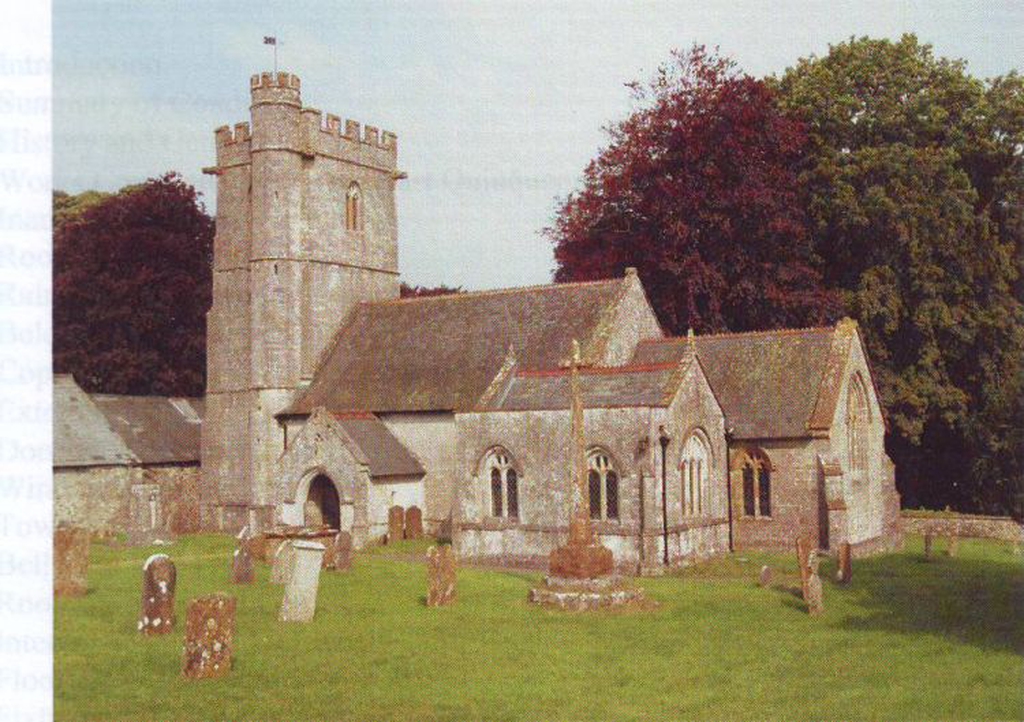 The earliest settlers of whom there is any trace were Romans, believed to be seeking minerals; remains of a Roman villa, fragments of which are in the Taunton Museum, can still be seen in the grounds of the Manor House.

<span style="font-size: 1rem;">The Villa was probably demolished, after the Romans had gone by the Anglo Saxons, who established their “tun” near the same spot and called it “stan” “tun” on account of the conspicuous rock nearby. “White” was not mentioned until it appeared in Bishop Crockenford’s register.</span>

<span style="font-size: 1rem;">After the arrival of the Normans, the name of Robert De Staunton, or Staunton, appeared in 1166 and carvings in stone of the family arms-Gules fretty argent – are still extant.</span>

<span style="font-size: 1rem;">Subsequent Lords of the Manor of Whitestaunton were the Bretts, joined for a time with the Hugyns and the Eltons and it was not until 1921 that the latter divided up and disposed of the Whitestaunton estate.</span>

The oldest part of the Church is the Norman Font from which it is assumed that a Norman Church once existed on the site of the present Church.

<span style="font-size: 1rem;">It is believed that the present perpendicular church was built gradually, as money became available, between 1483 and 1492 by the Hugyn family, which, with the Brett family had entered into an equally shared heritage of the De Stauntons; it seems probable that a Brett had married a De Staunton. It is further on record that Simon Brett married Johanna Hugyn in 1513.</span>

<span style="font-size: 1rem;">The “rood” screen is an example of the perpendicular period and the chancel arch is a fine specimen of the character peculiar to Somerset. Remains of the “rood” stair leading from the North side of the nave are visible.</span>

<span style="font-size: 1rem;">Some of the original bench-ends had curious woodcarvings some of which have been preserved at the end of present pews. One is of an animal with long tail, another of a fretty pattern, may have been intended to copy the DE Staunton coat of arms.</span>

<span style="font-size: 1rem;">The Building has been well restored. The Somerset type of roof has been kept. The Belltower at the western end is large for the size of the church. There are six bells one of which is prereformation reset in a new frame and hangings 2017.</span>

<span style="font-size: 1rem;">Colonel and Mrs Mitchell of Whitestaunton Manor installed the organ in the early1930’s. Their children presented an electric blower in 1956.</span>

<span style="font-size: 1rem;">No date of the Church dedication to St Andrew is known but in his will dated 1530 Simon Brett asked to be buried “at the foot of the high altar in the church of St Andrew Whitestaunton.”</span>

There are plaques in the nave in memory of George and Joan Stone, William C. Parer and Vice-Admiral G.N. Tomlin, and on the floor to Thomas Parris and William Meacham.

There are Six Hatchments in the Chancel and south chapel, one Brett family, five Elton family1768, 1798, 1837 the other three are undated.

Extract of the Will of Robert Summerhayes- the trust continues today.

In South Chapel two tombs one carved with Elton coat of arms and a second with carvings visible of three unidentified coats of arms and possibly one of the De Stauntons.

A prototype of the Cenotaph attributed to Lutyens adjacent to Porch

A buttercross later possibly moved and converted to remember the fallen of WW1.