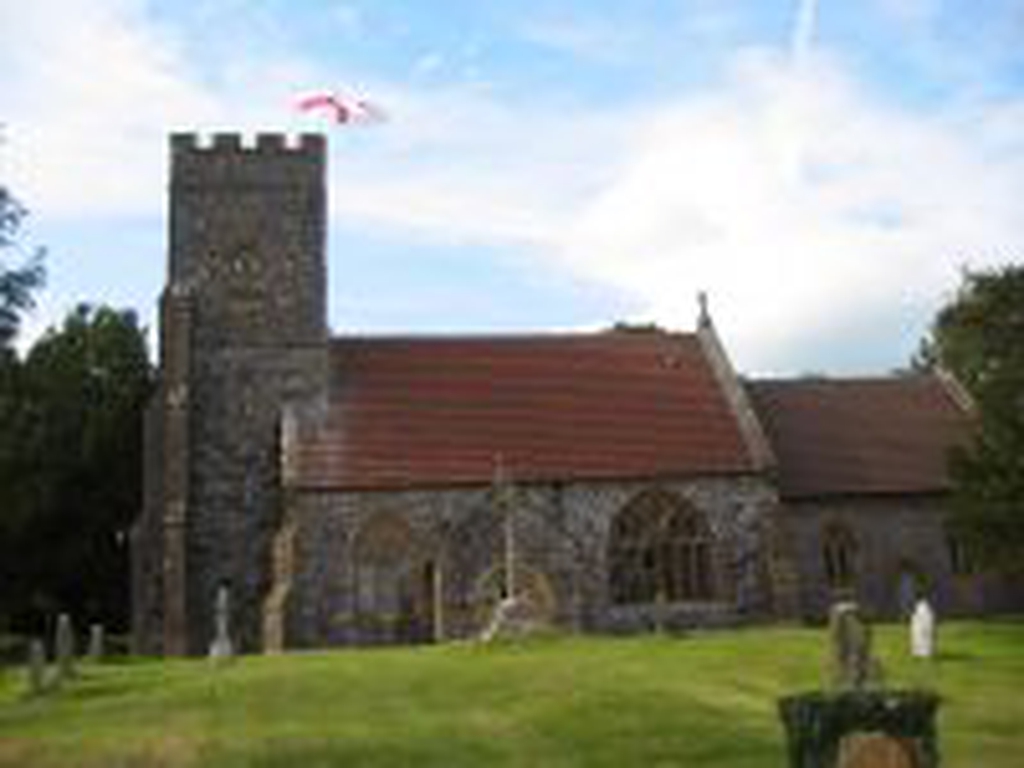 The Church of St John the Baptist is principally of Perpendicular style, but the tower, north aisle and chancel were severely rebuilt and the nave 'restored' in the 19th century, largely due to the generosity of the then Rector, Charles Penrose Quicke. He also installed our fine clock. However, before we pass judgement on our architect of those days, we should remember that many churches were completely rebuilt entirely without imagination or style, and many simply decayed into oblivion. From the records we possess, our church was almost falling down when the work was set in motion.

During this work a 'sacred' spring was discovered beneath the foundations, so we come to the theme of our 'pagan' origins - even the venerable Yew tree in the churchyard is claimed to have had a mystical planting over 3000 years ago. As the church is built and used for the worship of Christ, we pay our attention to that rather than some questionable connection with pre-history.

The stained glass is of interest, for the east window depicting The Raising of Lazarus is from the workshop of William Wailes. In the north chapel windows are important and unusual pieces of workmanship, for the glass contains actual portraits. It was given by Sir Edward Watkin and his daughter Marguerite Sayer Watkin in 1881 as a memorial to Betty Sayer, his grandmother, who was born in Ashbrittle. Sir Edward was a hugely influential figure of the Victorian period, railway financier, entrepreneur and Member of Parliament who never forgot his forebears and place of origin.