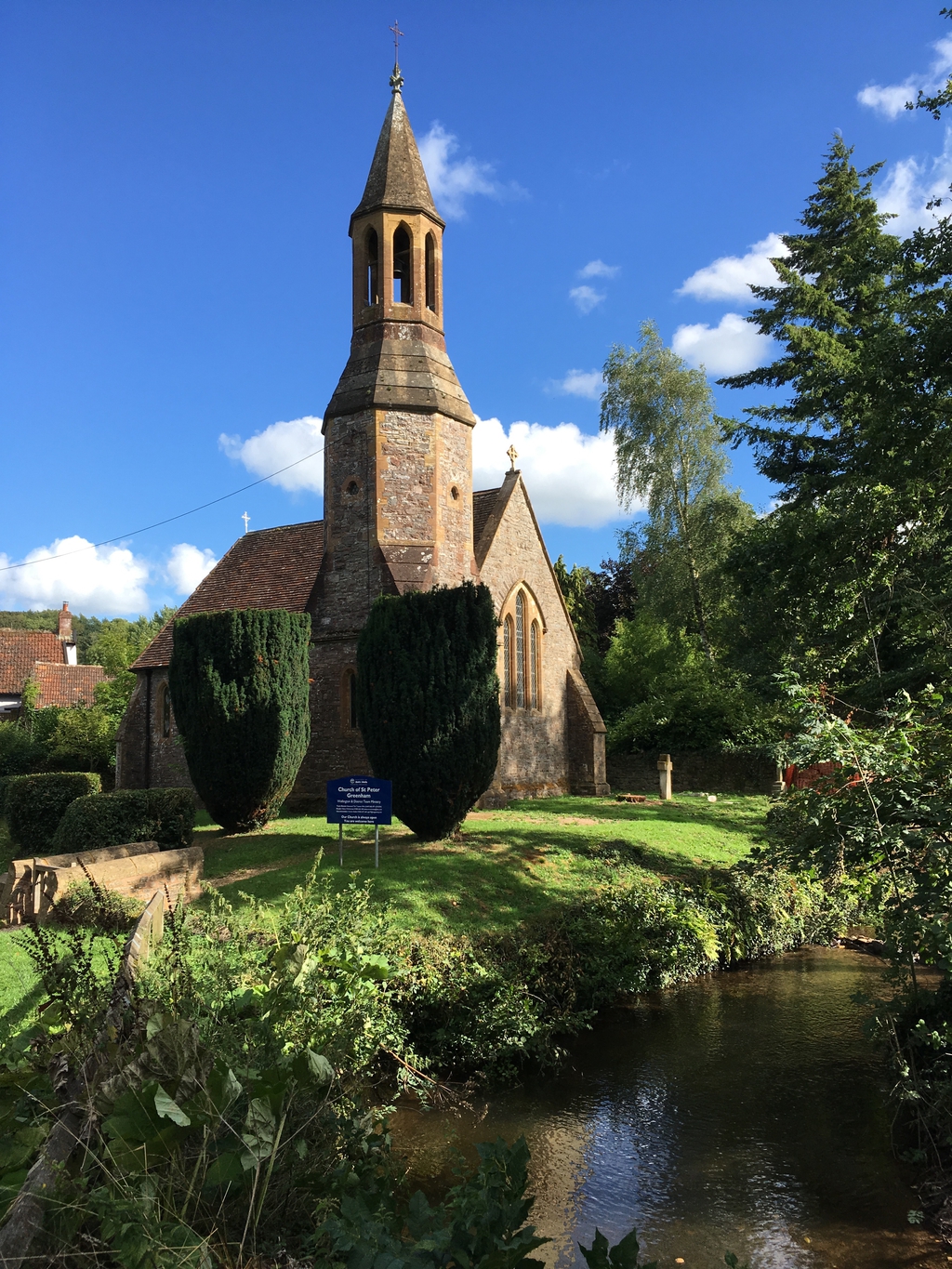 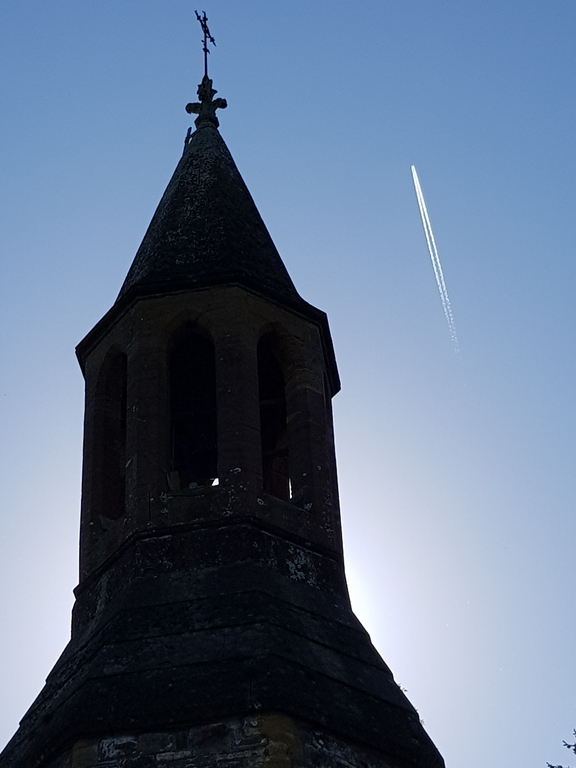 The church was consecrated on the 7th July 1860 on land given by Thomas Edward Clarke esq who resided in nearby Tremlett House. The costs of the construction were paid by the reverend Charles Penrose Quicke rector of Ashbrittle in which parish this church lies. It was intended to be a chapel of ease to save the inhabitants of the hamlet of Greenham a long uphill walk to Ashbrittle church, some three miles distant.

The church is in the gothic revival style albeit in a miniature and plainer style. There is a three part stained glass window at the east end depicting The Trinity and some fine lettering by Eric Gill on a memorial to Admiral John Kelly who distinguished himself in service to his country in World War One particularly at the Battle Of Jutland; he retired to nearby Greenham Hall (formerly Tremlett House)

There is a singular royal arms newly erected (over 300 years after such items became a legal requirement and signifying that the parish recognises the monarch as supreme governor of the Church Of England!!!) This commemorates, as well, the long service given by Bill Wotton who has just retired as churchwarden after over fifty years faithful service.

Also here are interred the mortal remains of the wife of Sir Edward Du Cann, conservative member of parliament for Taunton for many years and who lived at Cothay Manor about two miles distant.

The delightful location of this little church on the banks of the meandering River Tone and adjoining matured timbered parkland make it a perennial favourite for weddings.

We recommend a visit!!