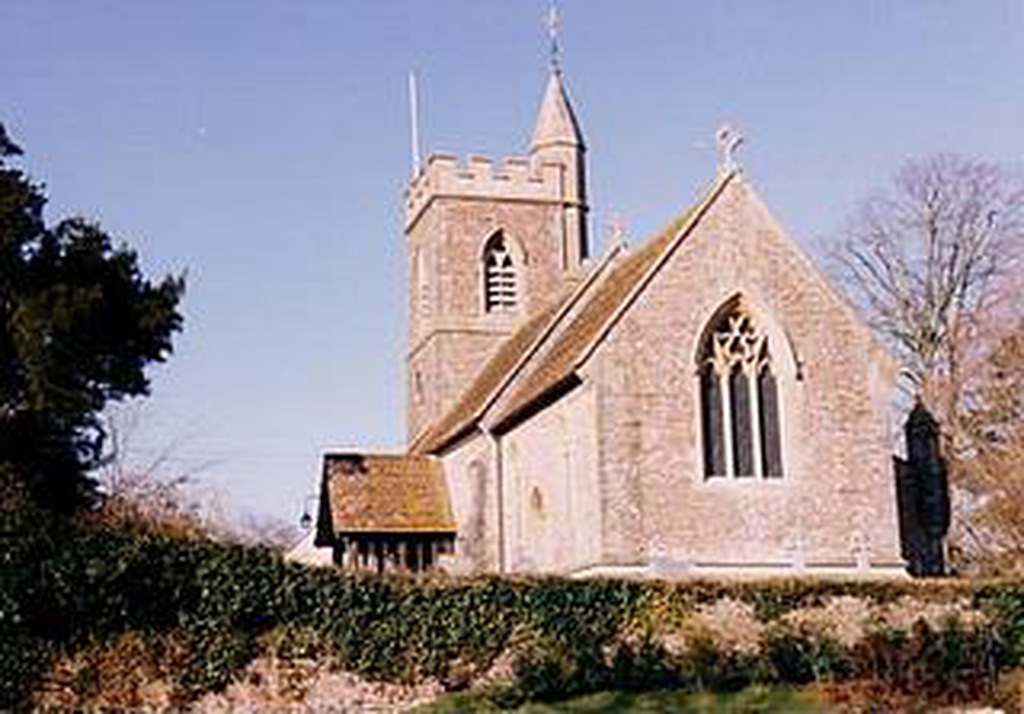 St Batholomew's Church is believed to be the third on the present site, the first of which was built early in the 14th century. This was followed by the Elizabethan church built thanks to the will of Elizabeth Siddenham dated 1542. The chancel was taken down and rebuilt in 1774 and this was followed by futher extensive repairs until finally, in 1854, drastic action was taken and the entire structure was demolished and rebuilt. The cost of demolition and rebuilding the new church was £1,881 and the architect was CE Giles who designed King's College, Taunton and in 1852, worked on adding 50 feet to Wellington Monument. In 1901, the interior was once again reordered to make space for an organ supplied by the Positive Organ Co of London to replace the barrel organ. The only surviving part of the Elizabethan church is the lintel from the west door which the Victorians built into the wall of the bell ringing chamber of the tower.