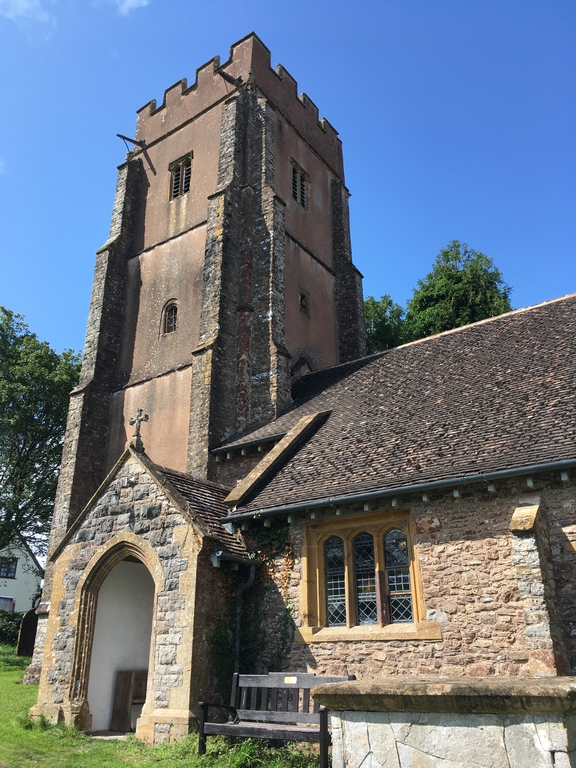 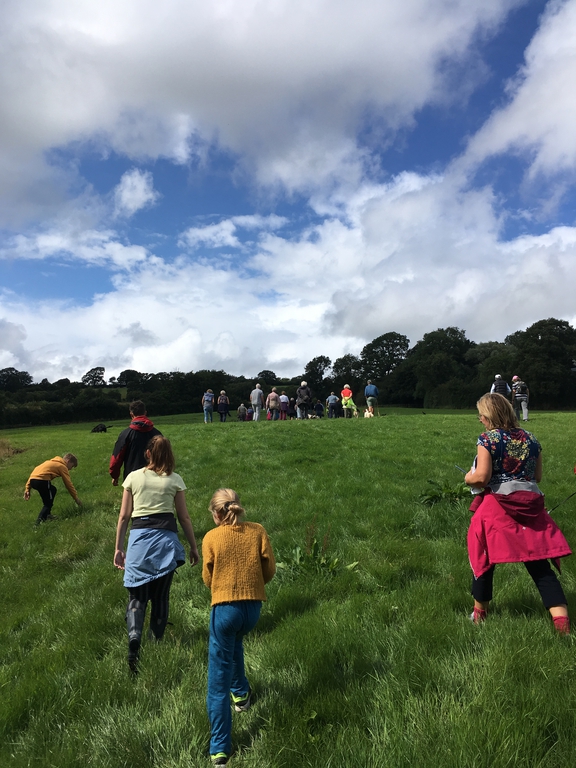 The church dates from the 1480's when it is believed to have been rebuilt following the building of Cothay Manor, but a few small details may survive from an earlier date. The north chapel is dated 1659, and is an interesting mix of gothic and renaissance classical details in Ham stone. The body of the church was restored in 1875-78 and the chancel arch and two arches which join it to the east of the south aisle were inserted at this date. Up to the 1870's this eastern end of the aisle was a vestry, but it also contains a simple early piscina so was probably originally a chantry chapel. At the same time the south porch was altered or added. The nave appears to have been re-fenestrated, and the roofing on the south side, is also from this time but was subject to a major overhaul in the 1950's. The tower has square buttresses, square headed bell chamber windows and a date of 1743 on the main beam over the tower base. However the plain chamfered red sandstone arches, sandstone quoins of the two lower stages, and small round and square headed windows of the ringing chamber suggest that the lower stages of the tower may be fourteenth century or earlier. The arcade is typically late perpendicular, with four shafts, cavetto moulds between and capitols around both, but very unusually is made entirely, both columns and arches, fom oak. Elsewhere there are large balks of oak, especially in the tower, where it is used for lintels and heavy door frames.