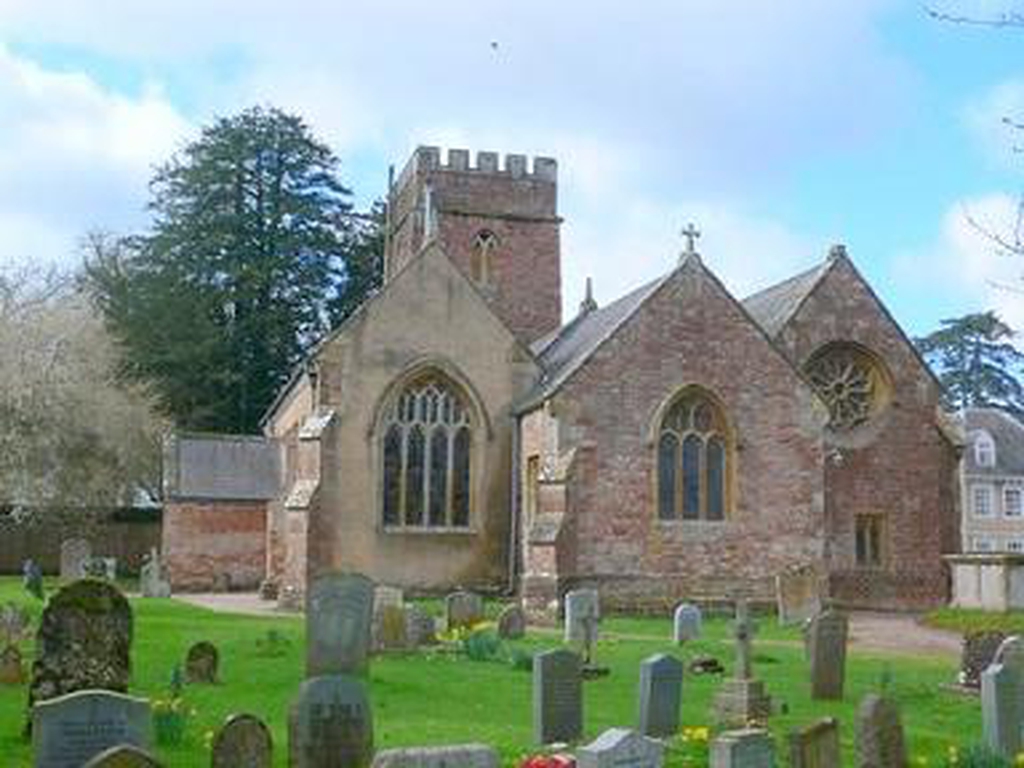 There was probably a church on the site of All Saints at Nynehead before the Norman conquest and the building was mentioned in the Domesday Book. The church is built mostly of the distinctive local red sandstone in the Perpendicular style. A substantial addition was made to the church with the building of the Sanford memorial chapel and a new vestry in the mid 19th century. The Sanfords were a prominant local family and the chapel windows feature roundels of coats of arms, giving a history of the family from 1638 until the 19th century.

All Saints has a number of artistic treasures including the Della Robbia reliefs brought back from Italy by the Rev John Sanford in 1833 and a splendid statue of Elijah by William Giles of Wellington (1861-1908).