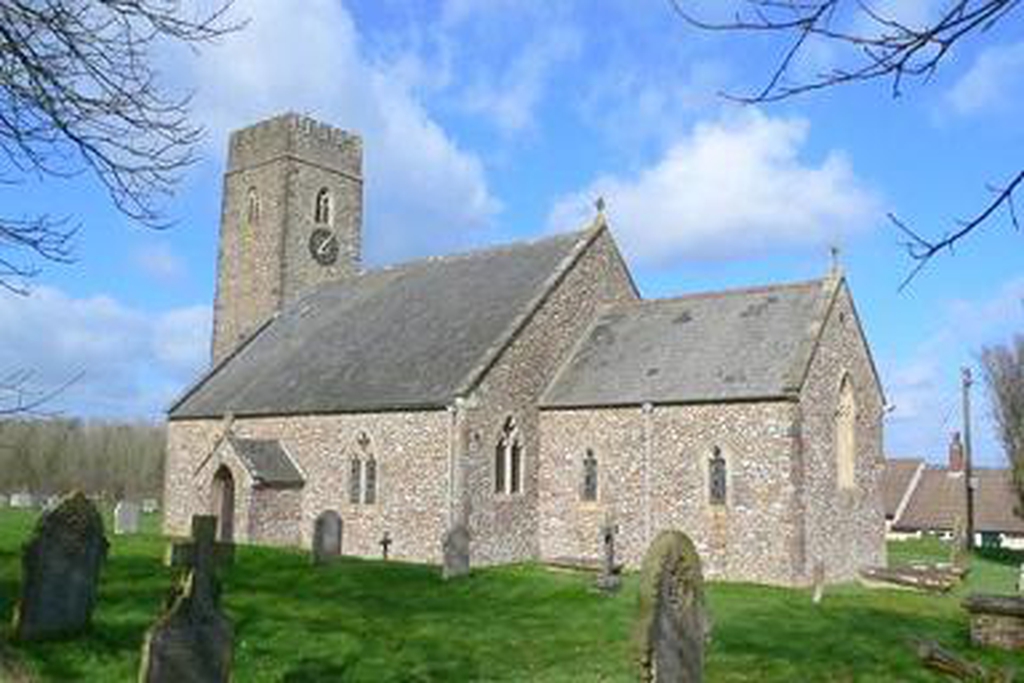 Although there was almost certainly a church on the site in the 12th Century, Holy Cross was substantially rebuilt un 1867 when the walls of the aisles and chancel were taken down. Previously the nave and chancel had been under the same roof, but with the restoration, they were given separate roofs.

The West tower, thought to be 13th century, was raised and a new bell chamber constructed on the first floor. The two oldest bells date from around 1430 and were cast by Robert Norton of Exeter, while the tenor bell was cast by William Purdue of Exeter in 1668. Others were added in 1794, 1830 and 1858.