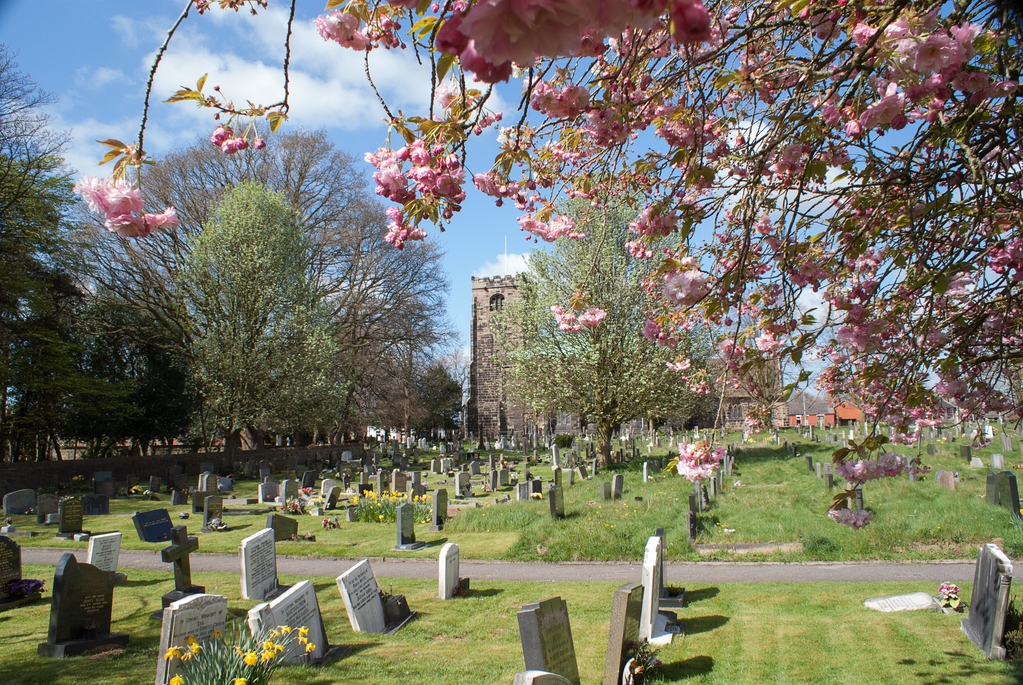 Historically, the ecclesiastical parish of Leyland was large and encompassed the townships of Leyland, Euxton, Cuerden, Clayton-le-Woods, Whittle-le-Woods, Hoghton, Withnell, Wheelton, and Heapey. There was likely a Norman church on the site of the present structure. In the 12th century, Warine Bussel, baron of Penwortham, gave the church to Evesham Abbey in Worcestershire. From the 14th century, vicars were appointed to Leyland church by the abbey. Following the Dissolution of the Monasteries in the 16th century, the advowson for the church (the right to nominate a priest) was transferred to John Fleetwood of Penwortham.

The chancel was built in the 14th century and the tower probably dates from the late 15th or early 16th century. The older nave was replaced 1816–17, to a design by a Mr Longworth. The church was restored in 1874 by Lancaster-based architecture firm Paley and Austin. The nave roof was replaced 1951–53, and the chancel roof in 1956.