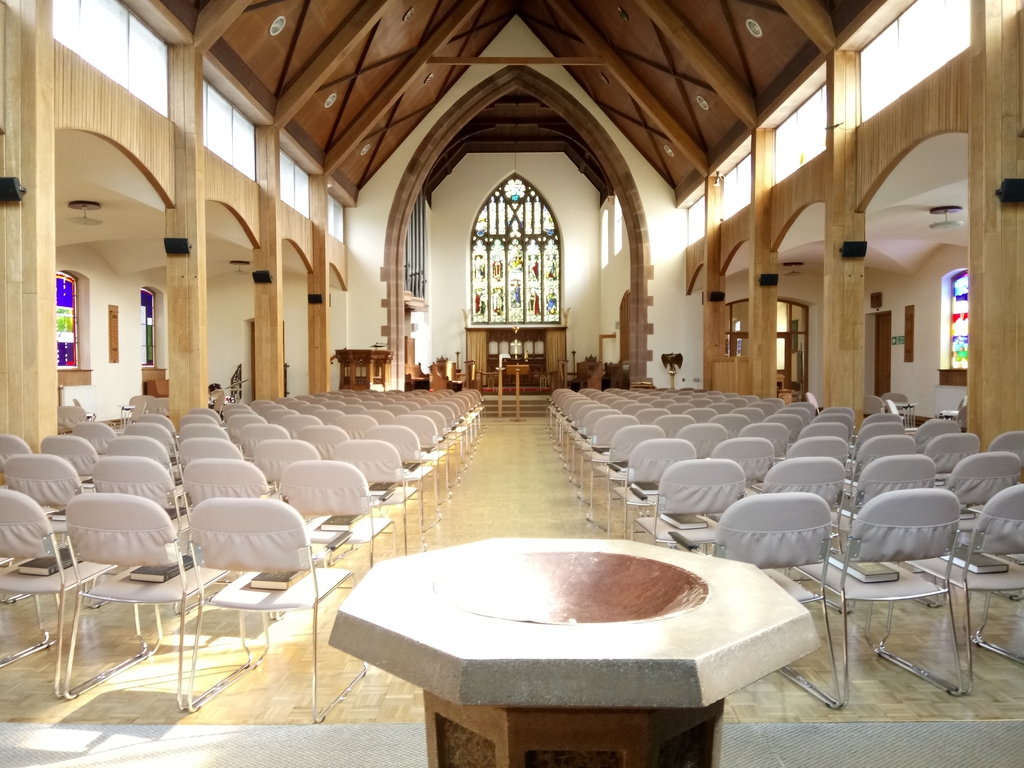 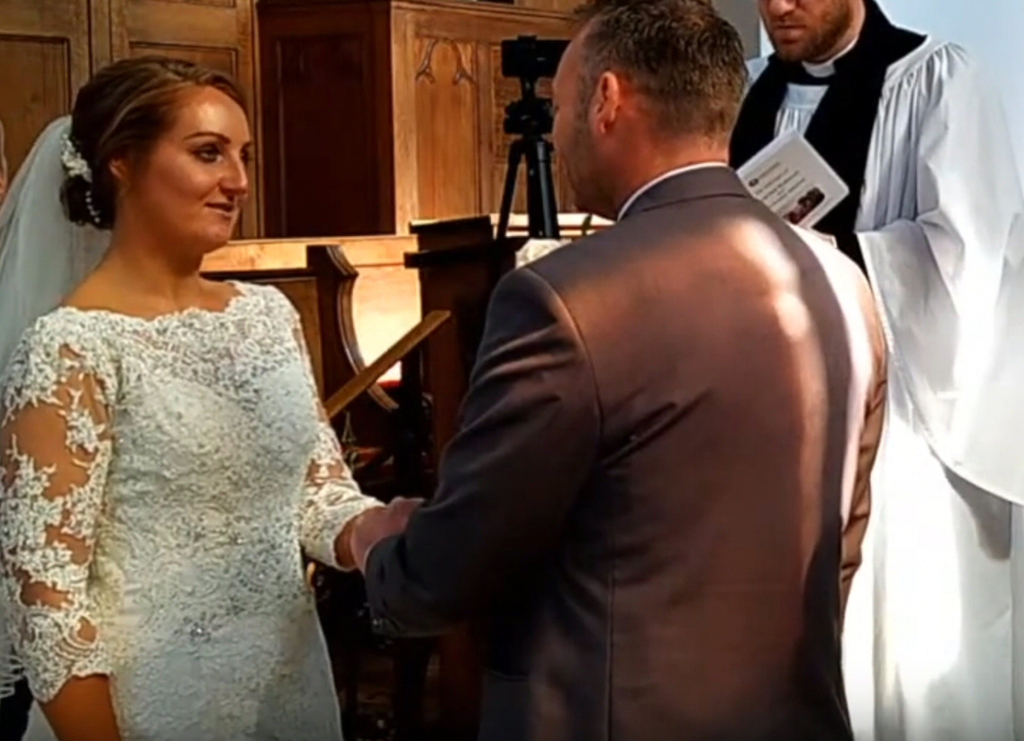 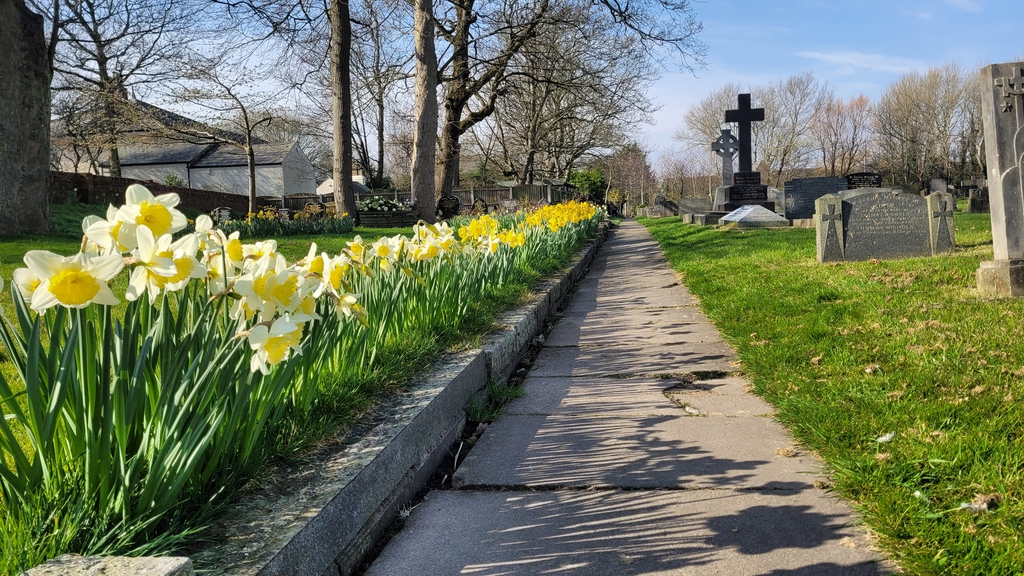 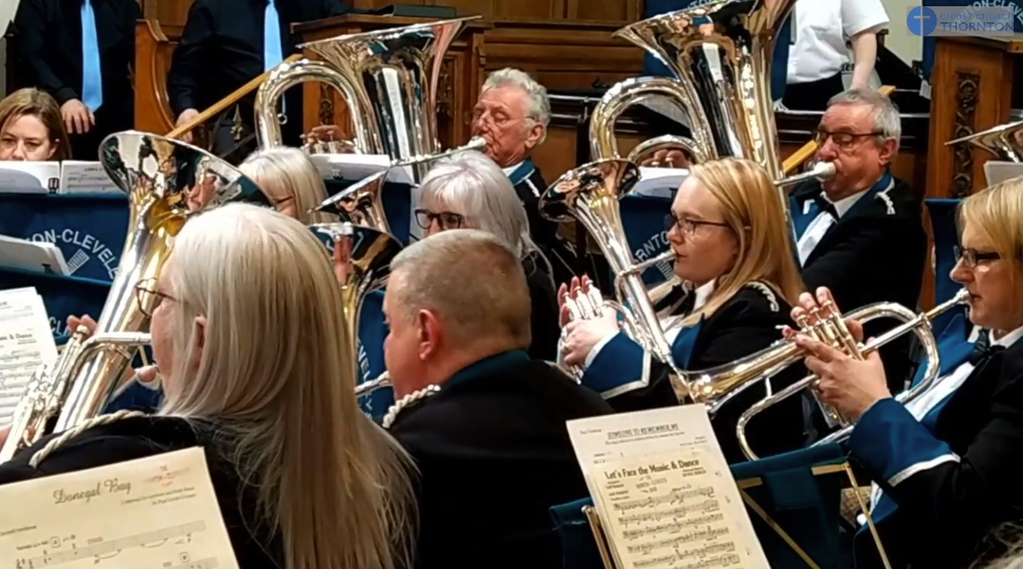 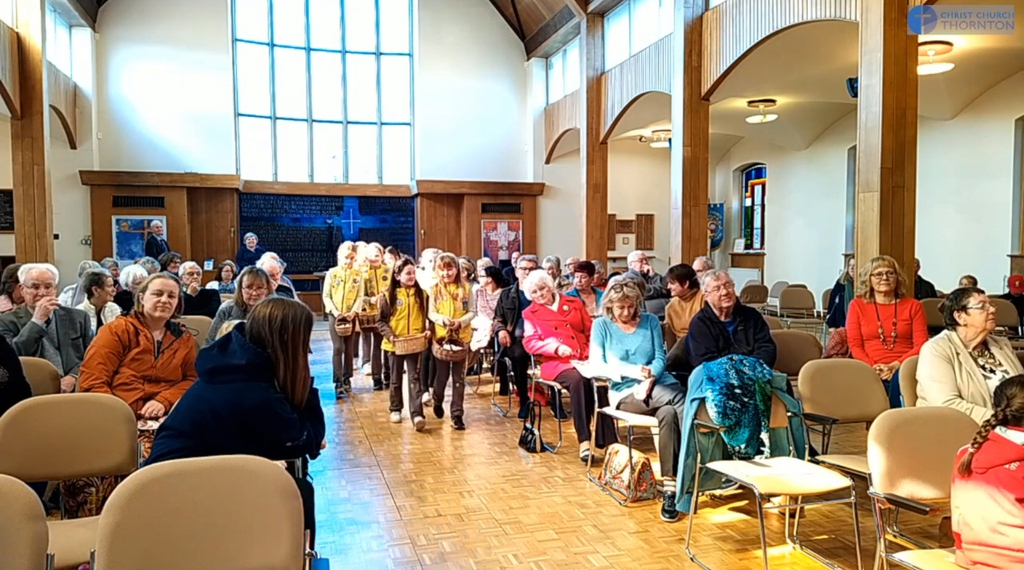 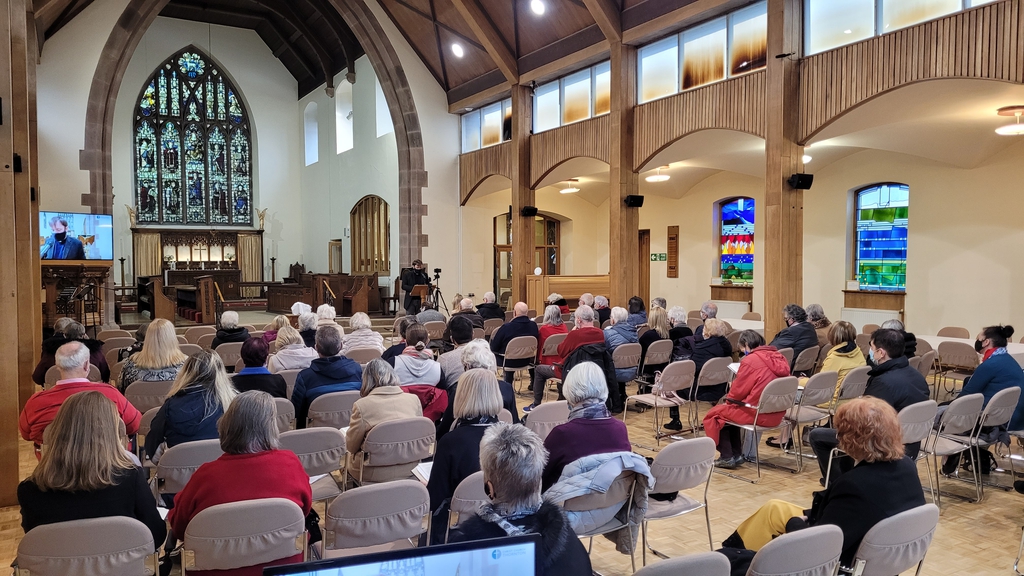 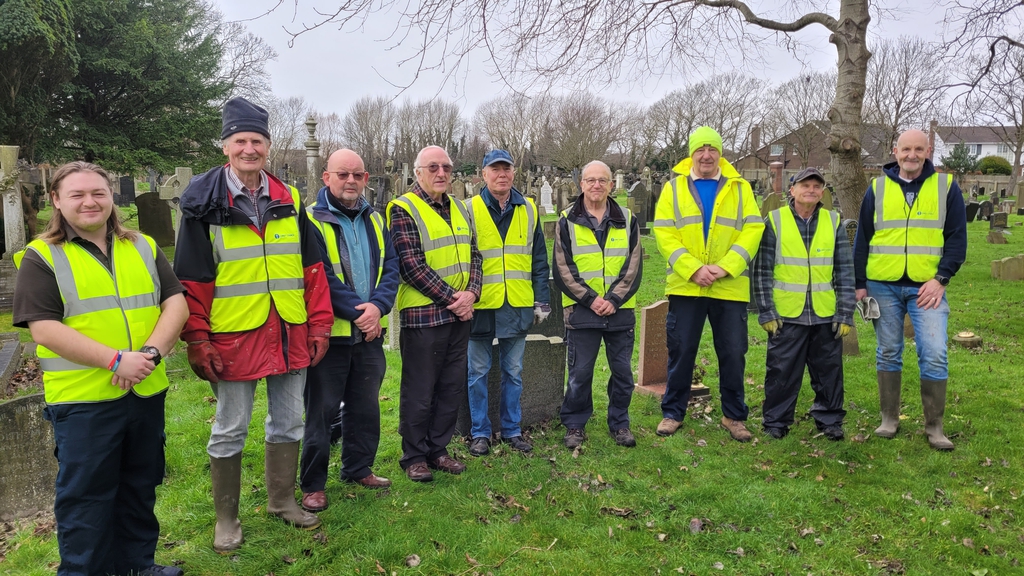 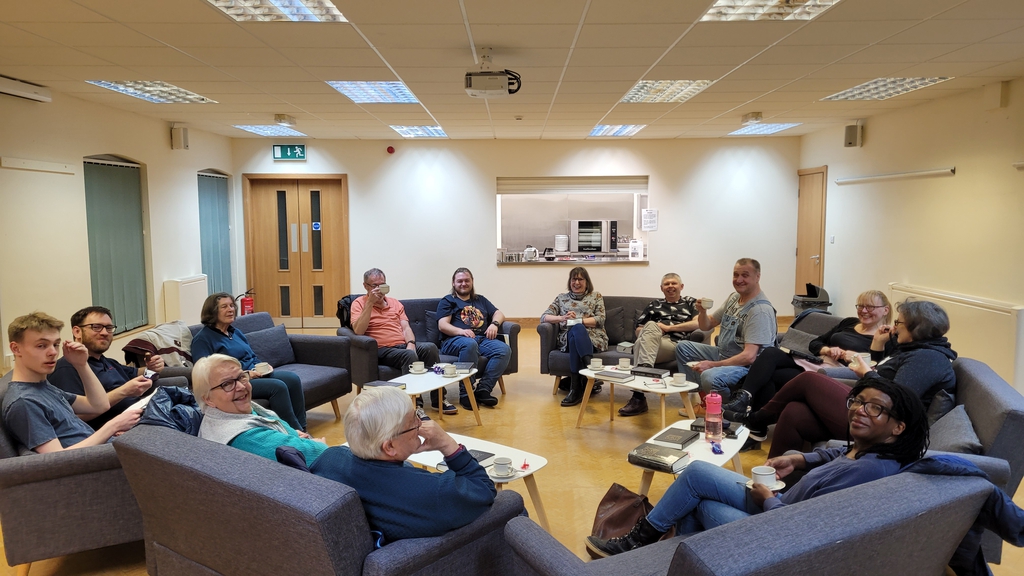 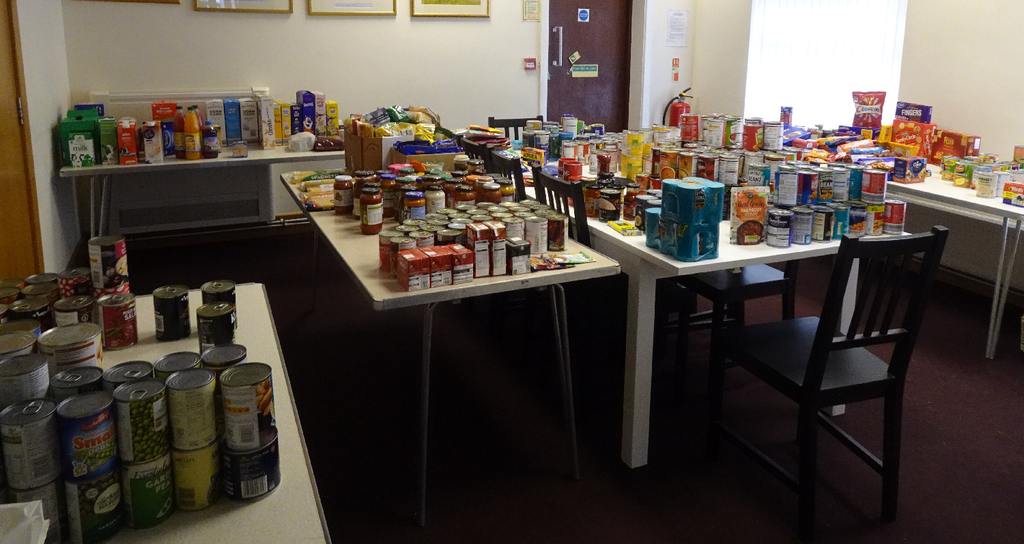 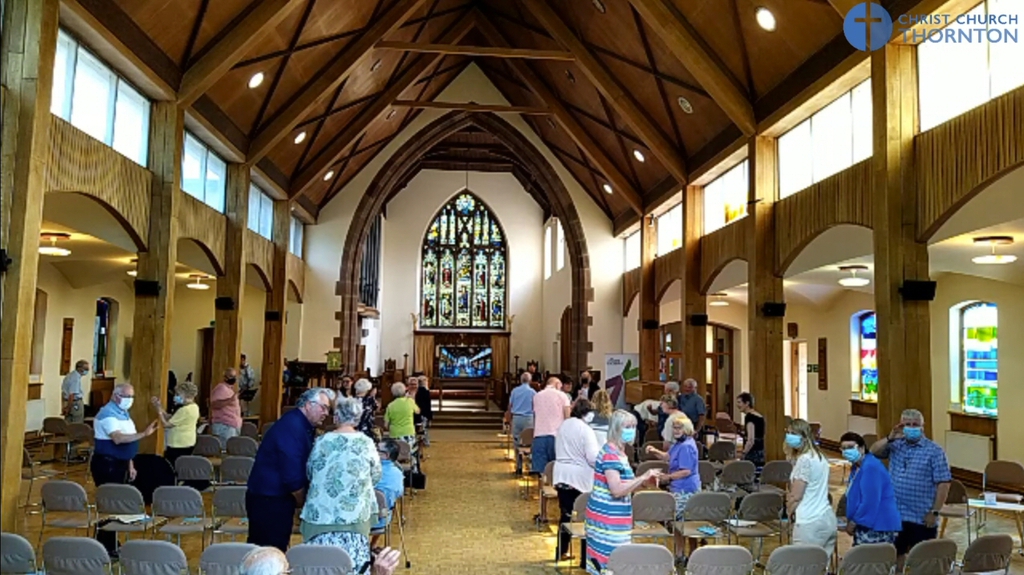 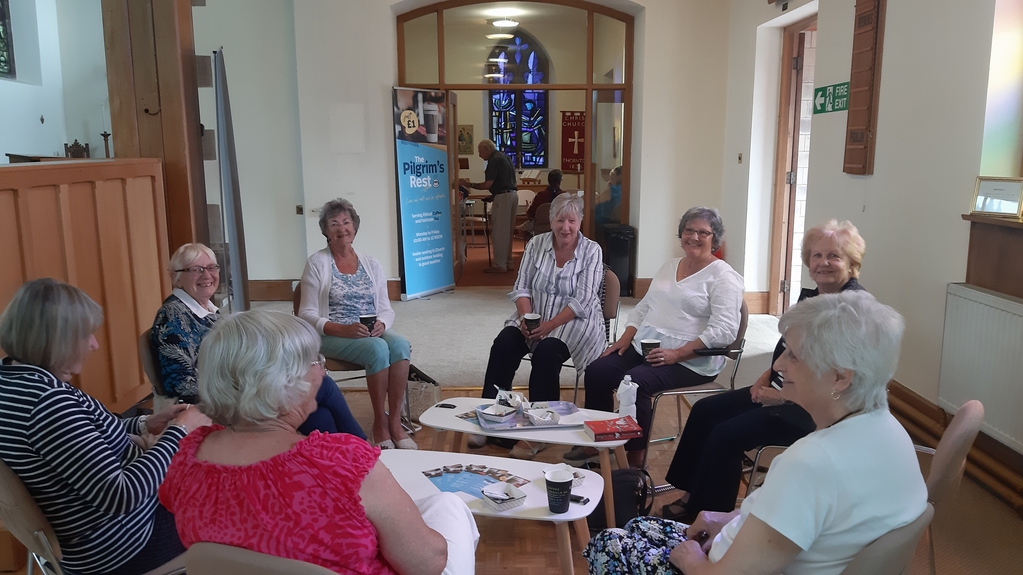 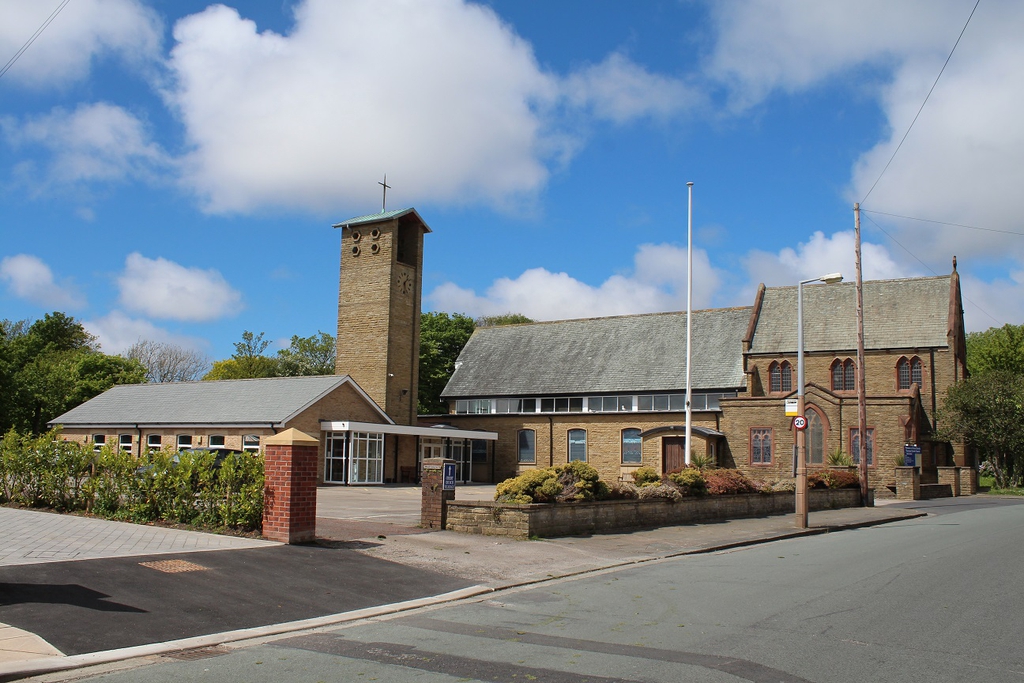 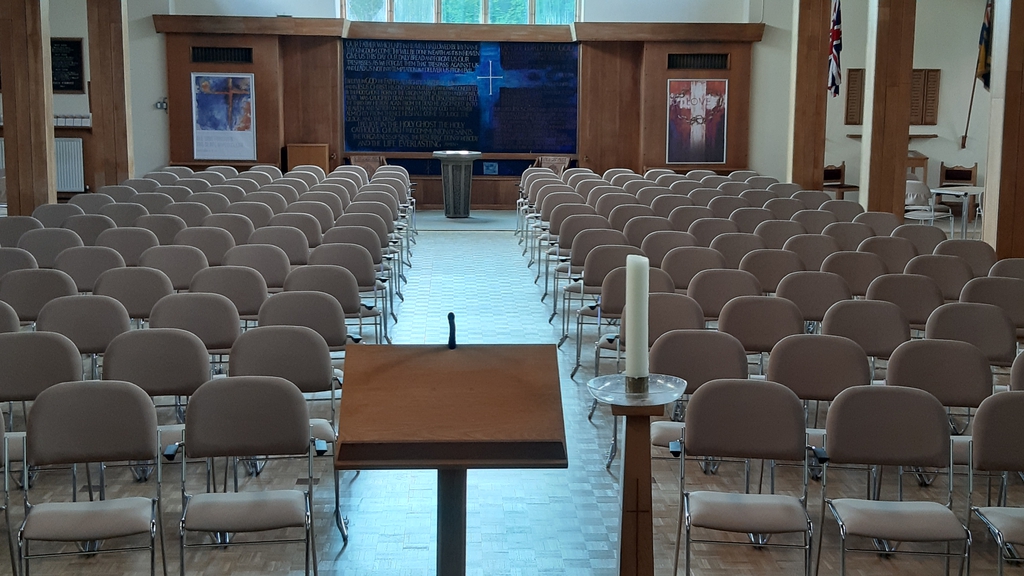 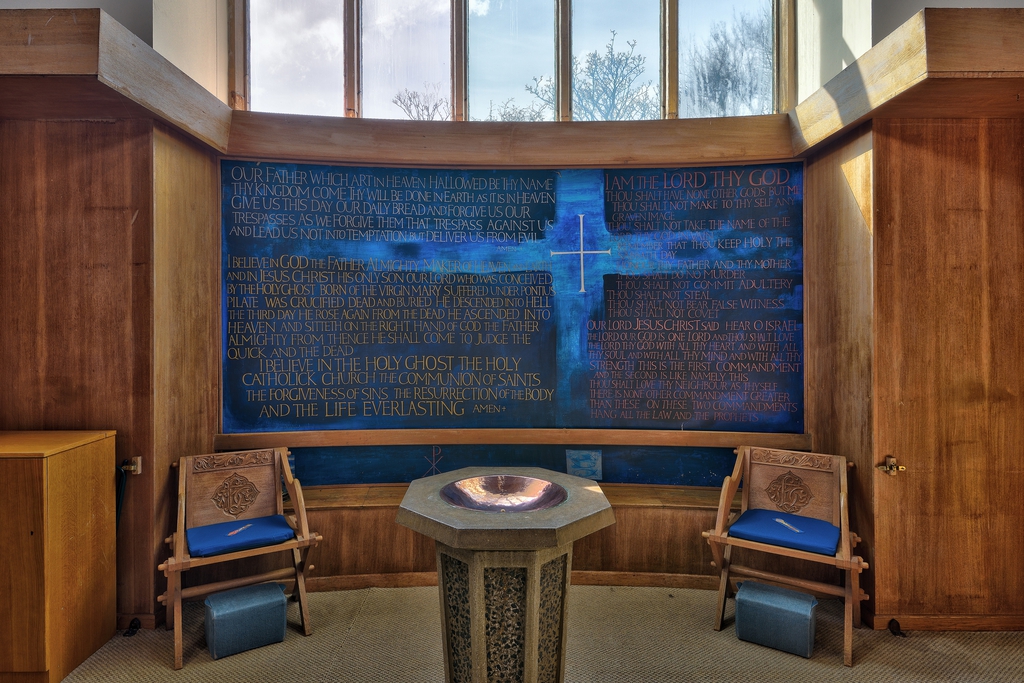 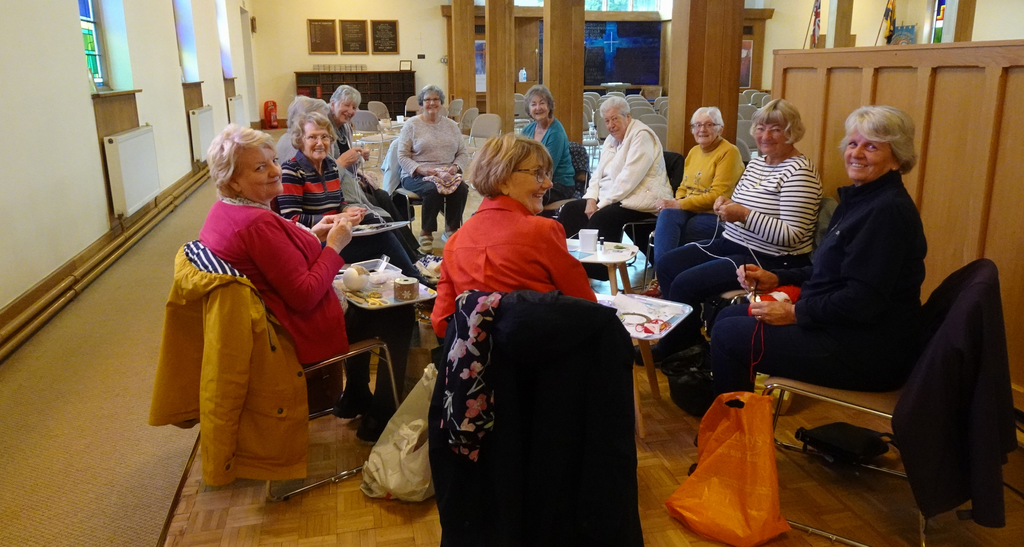 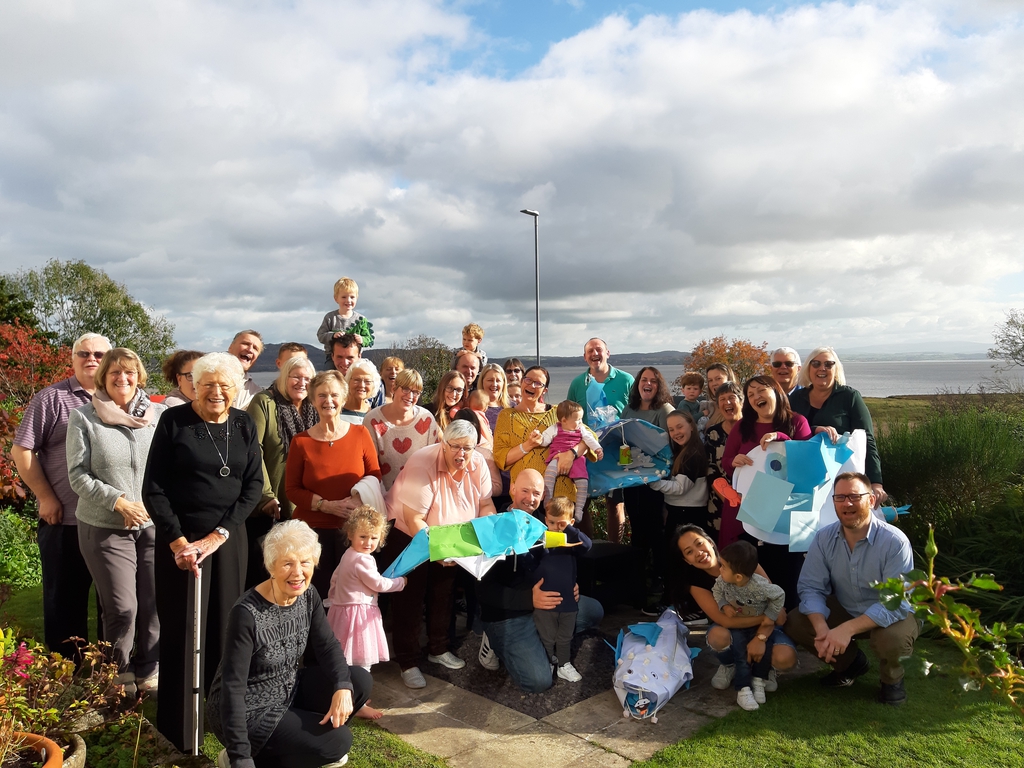 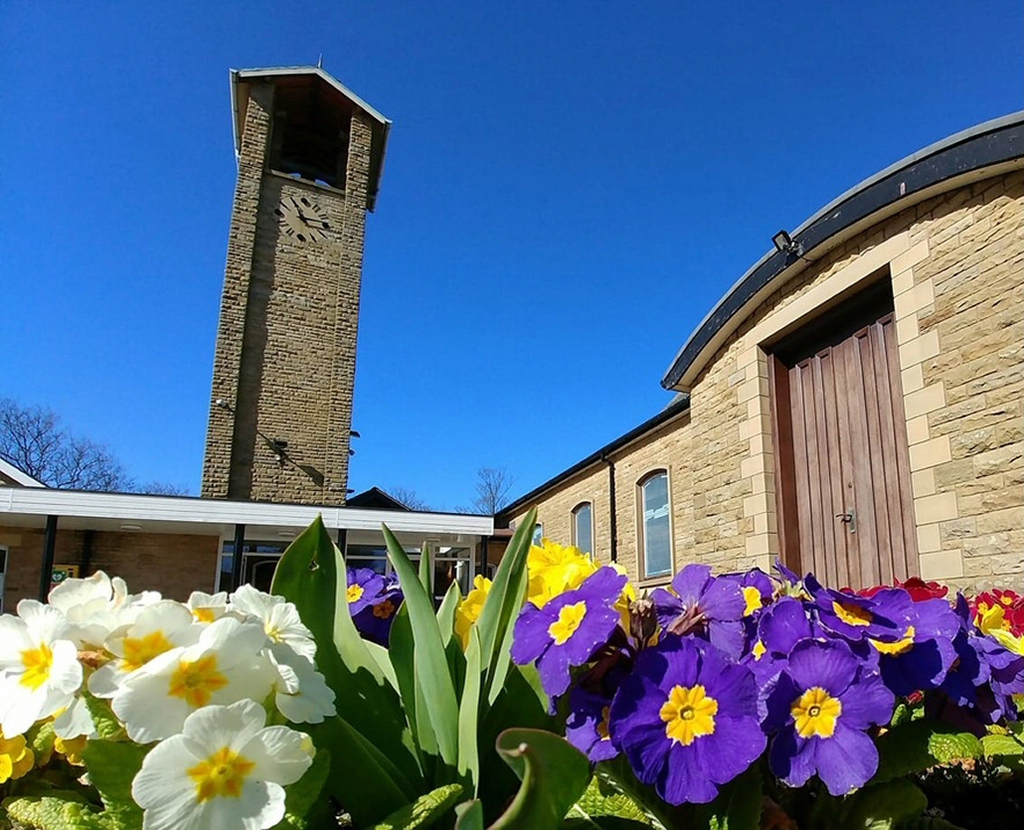 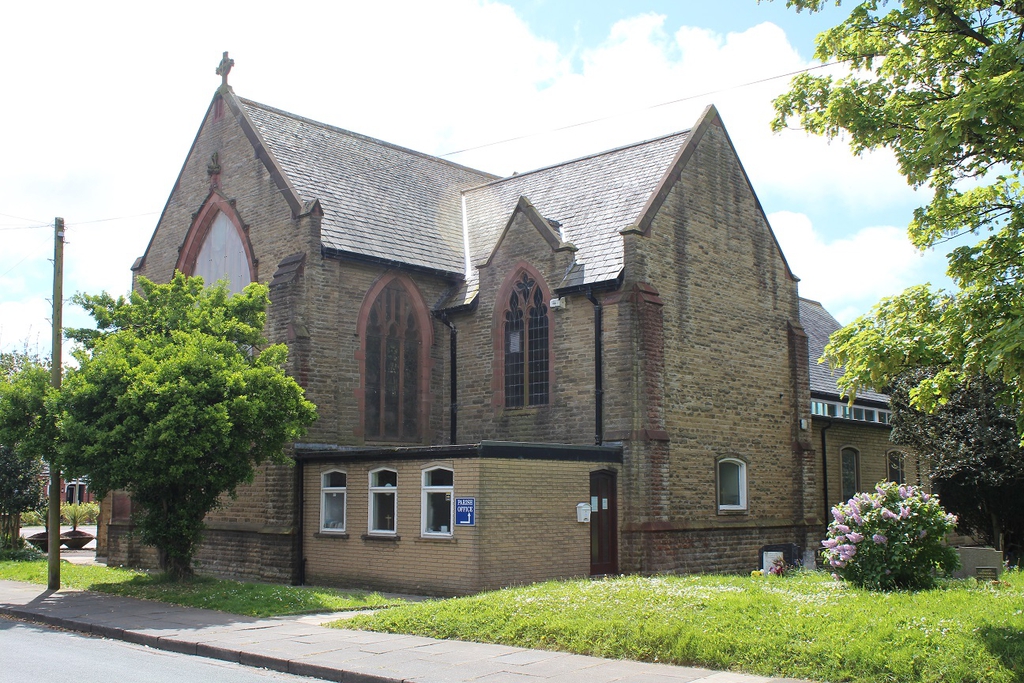 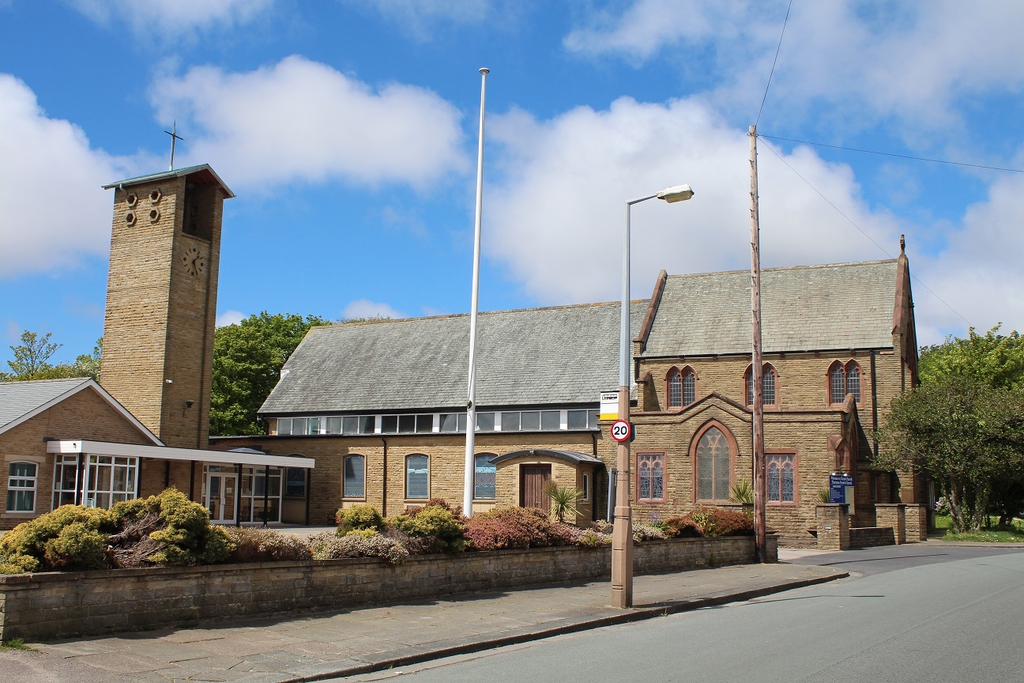 Christ Church (and its Parsonage) was built in 1835 at a cost of £800, which was met by the local landowner Sir Peter Hesketh-Fleetwood.  Parr Road (which later was to be renamed Meadows Avenue after the Reverend Thomas Meadows) approached from the south, and finished at the church.

In 1835, the town of Thornton included both Cleveleys (which was known as Ritherholm) and Fleetwood, although these were tiny in comparison to their size today.

Christ Church was originally under the parish of Poulton-le-Fylde until 1862, when it was assigned its own Parochial District, becoming Thornton’s Parish church.  The first burial in the church yard is noted as occurring in 1837.  Locally, the original church was known as “the little church in the trees” and the beautiful setting and ivy-clad church were often commented upon.

The original church of 1835 had a west tower with corner pinnacles, and a nave and chancel covered with a single roof.  Thornton was still only a very small place in 1870, when the Imperial Gazetteer of England and Wales noted:

“THORNTON, a chapelry and a township in Poulton-le-Fylde parish, Lancashire. The chapelry adjoins Fleetwood town and r. station, and has a post-office under Preston. Pop., 826. The living is a p. curacy in the diocese of Manchester. Value, £105. Patrons, Trustees. The church was built in 1835.”

It was of adequate size for the population when it was built, but the town started rapidly expanding after the late 1800s.  By 1912, the church was in a poor state of repair, and so the Lancaster architects Austin, Paley and Austin were engaged to build a new chancel, and this was completed in 1914.  The new chancel was built of yellow and red sandstone, and the five light East window has stained glass by the local Lancaster firm Shrigley and Hunt, depicting Christ flanked by nine saints, with angels above and an Agnus Dei.  On the north wall is another window by Shrigley and Hunt, this one with three lights and depicting the empty tomb.  A transept to the north contains the vestry and the organ loft.

To the south side of the chancel lies the Lady Chapel.  Its modern furnishings and modern twentieth century windows belie the fact that this was also part of the 1914 build.  The stained glass includes striking work by Geoffrey Clark (famous for his work on Coventry Cathedral), abstract and dominated by the colour blue.

The current nave, tower and parish rooms were built in 1963 by Leach, Rhodes and Walker after demolition of the 1835 nave and tower.  The bell was hung from a tree for 9 months during the building project, and rung for services whilst hanging in its temporary home.  Leach, Rhodes and Walker are better known for their civic works, although they have built other churches.  The new nave has wooden pillars and narrow side aisles.  The wooden panelling of the roof is decorated with 12 shields representing local people, local places and the sees that have been associated with the district.  The nave is bright and airy, due in part to the large clear glass west window and also the clerestory windows.

The 10 aisle windows are by Brian Clarke, perhaps the most successful English stained glass artist.  He was at the start of his career when he designed the windows for Christ Church, and they are abstract, strongly coloured and full of rectilinear shapes.  Brian Clarke windows grace civic buildings, art galleries, churches and shopping centres all over the world.

On the wall below the west window is the Creed and the Lord’s Prayer in yellow letters on a blue background.  The lettering is by Harold Wood, and is in excellent condition.

The new Church Hall adjoining the Church was built in 2004.