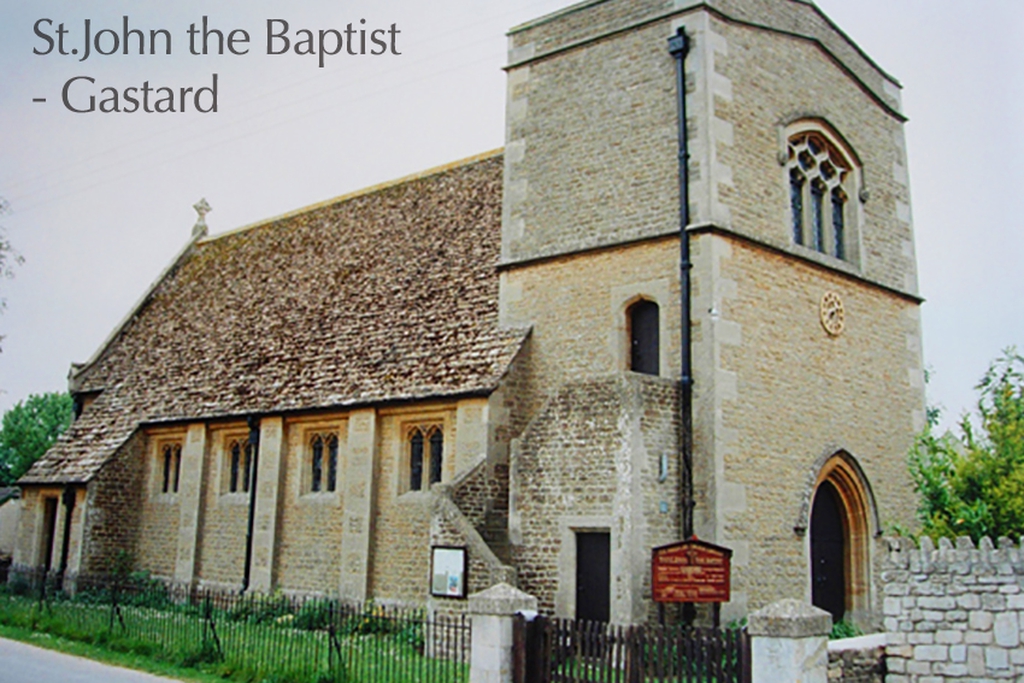 A hearing loop s in use for all services

On Sir Thomas Fowler’s death in the Boer War it was his resolute (somewhat eccentric) sister Jean who for many years managed Gastard House and estate. Whatever her strengths and shortcomings may have been, one action must stand as a lasting tribute: she made possible the erection of St John the Baptist Church, Gastard. Motivated by Christian zeal and a desire to build a memorial to her father, Sir Robert Nicholas, and her brother Sir Thomas, she and her family generously supplemented the nucleus of money obtained from fund raising efforts in the village.

She also donated the plot of land on which the church was erected. On Thursday, 11th July 1912, in the presence of a large company, the formal ceremony of laying the foundation stone took place. Miss Jean Fowler herself laid the cornerstone bearing the date 1912.