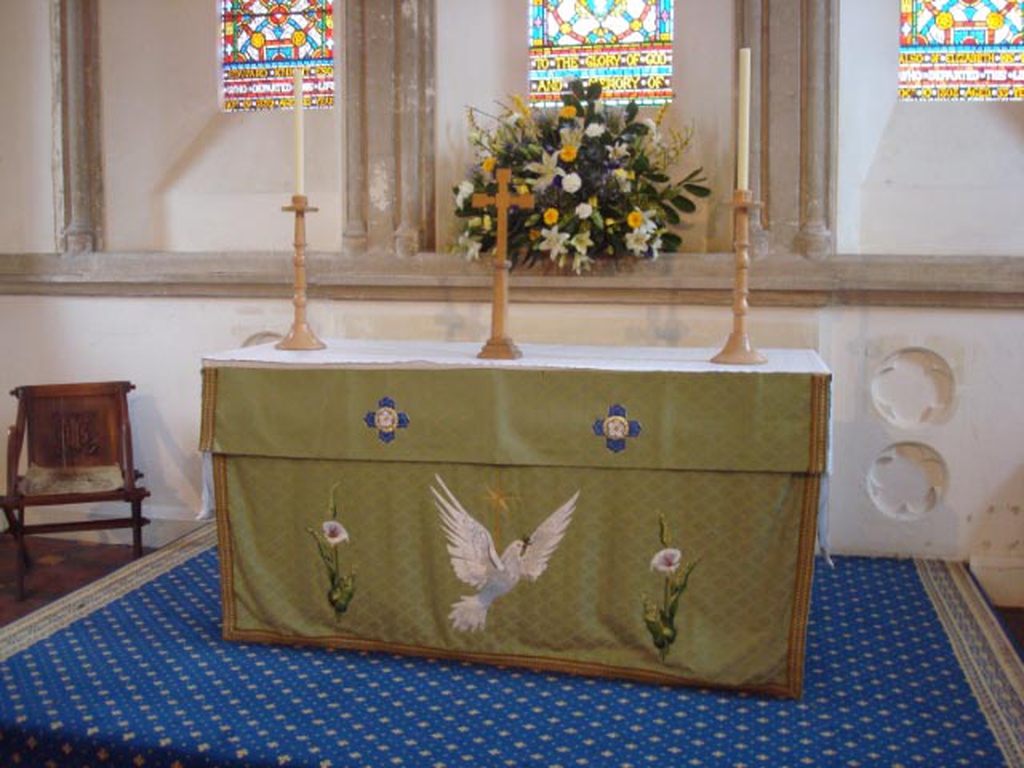 History of our Church

“Ibi ecclesia”.   That sounds ‘Greek’ to most of us.   As a matter of fact it is Latin;  and for Godmersham,  a most interesting piece of Latin too.   For in those two words we have the earliest reference that exists of our Church.

“A Church there”.   So records Domesday Book about Godmersham;  and Domesday Book was compiled as you know (or don’t know!) in the year 1086 under the orders of William the Conqueror.

This entry about Godmersham is particularly interesting because, of course, it proves there was a church standing here before 1086 and what is more, there is a strong possibility that the Church was standing before the Normans conquered England,  which would mean that the oldest part of our Church was built by the SAXONS,  a probability borne out by the signs of Saxon ‘Long and Short’ stone work in parts of the Tower.

We print here the whole entry (translated into English) about Godmersham in Domesday Book.

KENT.      LANDS OF THE ARCHBISHOP’S MONKS. IN THE HUNDREDS OF FELEBERG.

Put into more intelligible language this condensed entry would read somewhat as follows :-

IN THE HUNDREDS OF FELEBERG.

The same Archbishop (Lanfranc) is tenant in chief for Godmersham.   It is assessed for rating purposes of the ‘Danegeld’ at 8 solins  (1440 ? acres of ploughed arable land.   The Danegeld was the tax originated by King Ethelred,  978 - 1016,  to raise money to ‘buy-off’ the plundering Danes.)   There is actually at the present time enough ploughed arable land for 12 plough teams (1440 acres).   In the manorial homestead there 2 carucates  (240 acres).   And there are 60 villeins (tenants bound to the soil and paying their rent by doing so many days a week free labour on the acreage of the manorial homestead)  with 8 cottagers  (labourers who also paid their rent by working free on the manorial homestead land, but who were of a lower class and did not have any rights in the common lands of the manor)  having 17 plough teams of oxen.   There is a Church there.   And there are 2 slaves,  bondsmen serfs,  who were mere chattels and could be bought or sold).   And there is a mill worth 25 shillings a year  (perhaps £50 present day).   There are 12 acres of pasture for the milch cows and enough woodland to feed 40 pigs on the beechmast if turned out into it.   During the reign of King Edward the Confessor,  when he received it,  it was valued at £12 per annum.   Now it is supposed to be worth £20 per annum.   But it actually produces £30 per annum.

The Editor is indebted to Col. Page of Ramsgate for the above details and information about Domesday Book.