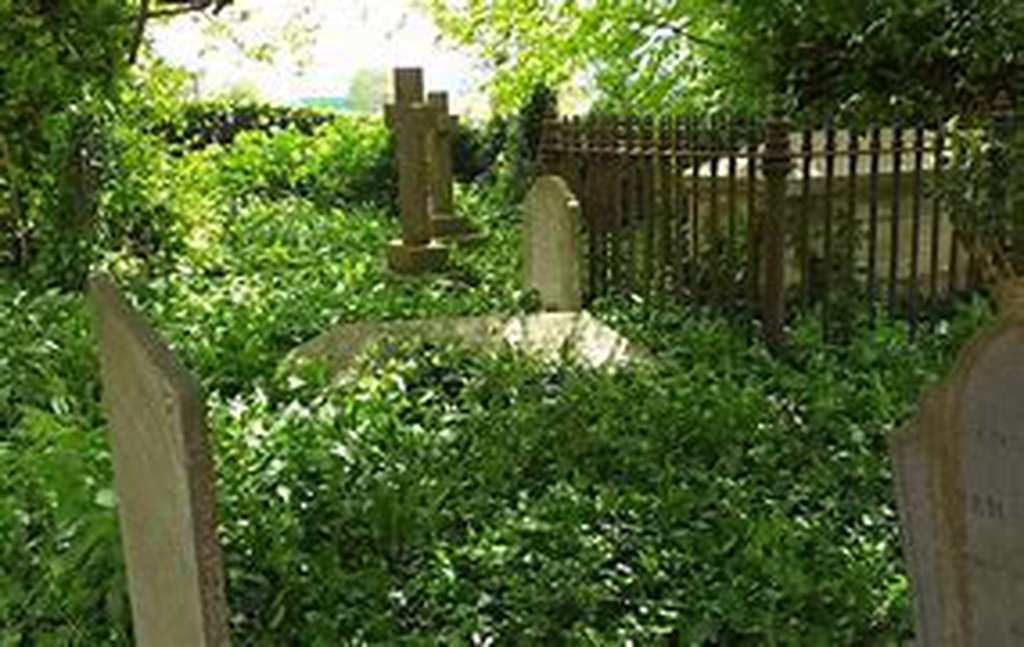 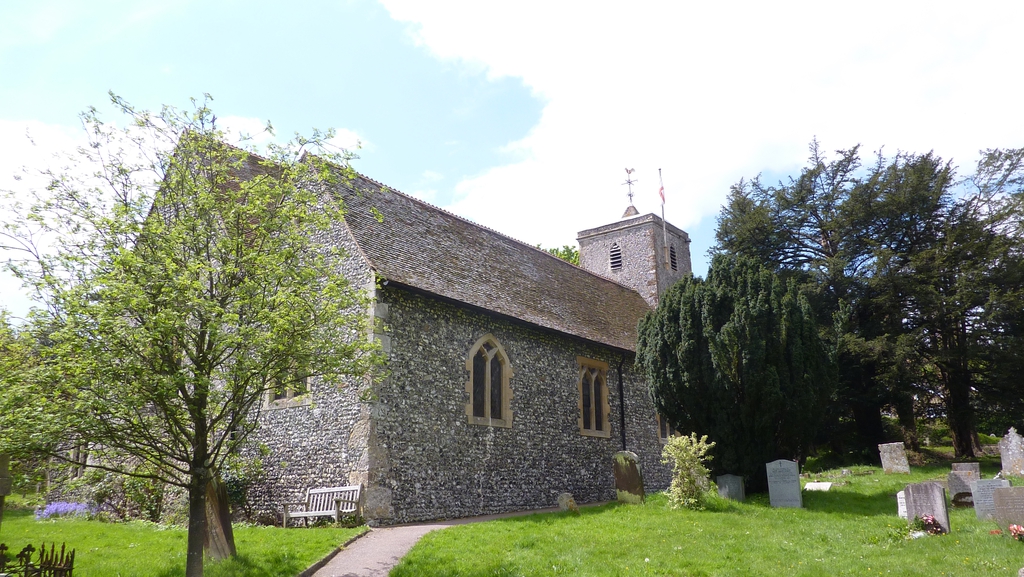 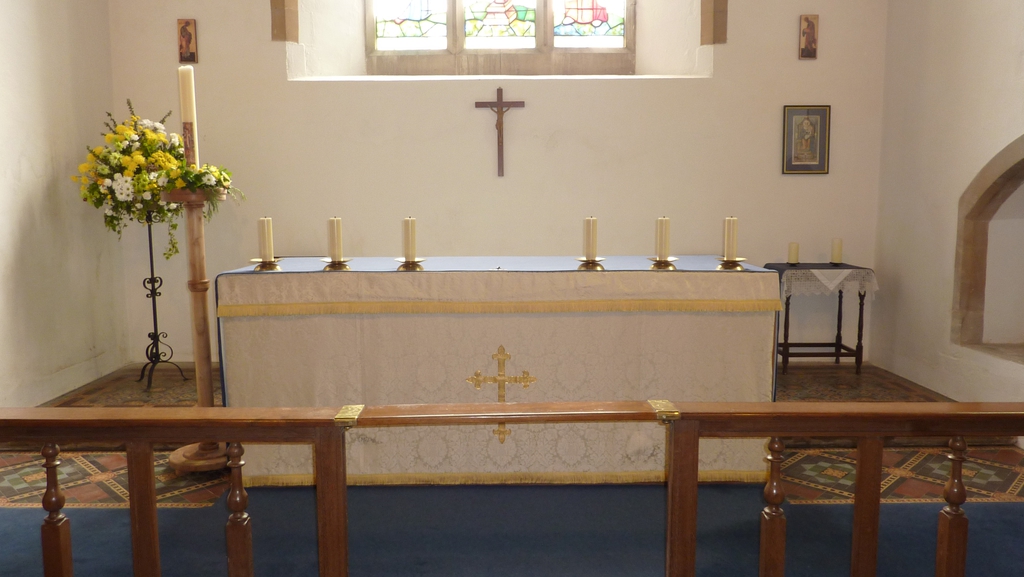 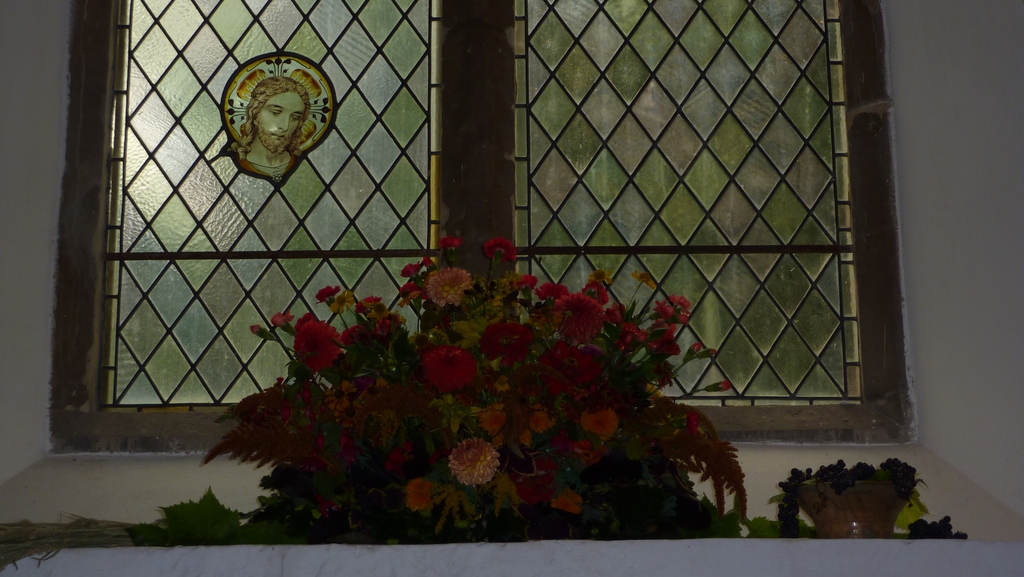 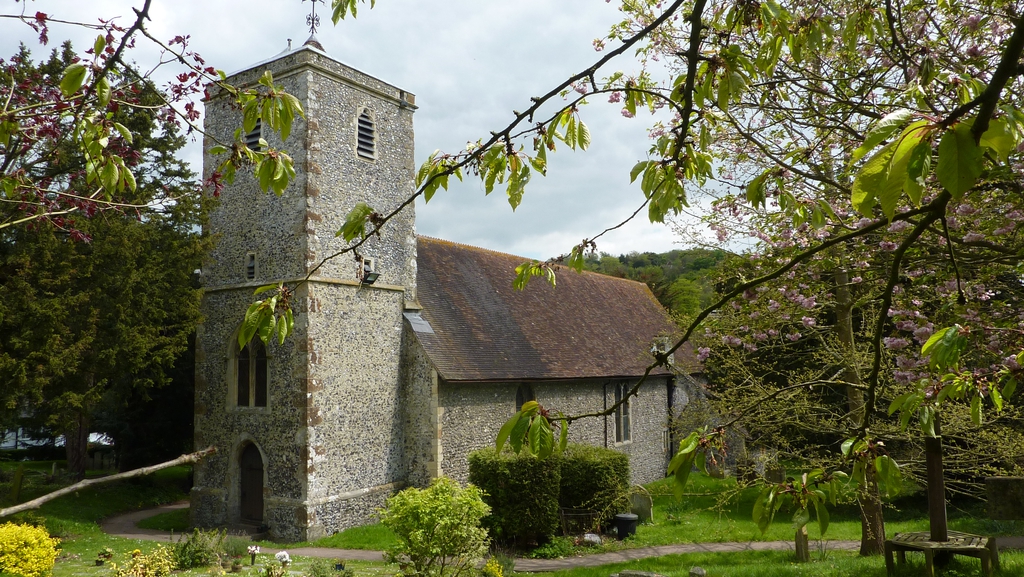 Although it is possible that the Saxons were the first to build a heathen church, over 800 years ago the first Christian church was built in Temple Ewell. In the Doomsday survey of 1086 reference was made to a small wooden church, but our present church was founded by the Knights Templars in the 12th Century. We still have the north and south walls, the Roman archway and the 8-pointed Templars' cross. The first recorded vicar was John Sacardos, under the patronage of the Master of the Temple in 1185.

The Templars remained until 1312 and a number of alterations were made after that. The North Chapel was built and a hundred years later the Tower Arch and the Tower itself.

Money was bequeathed in subsequent years to buy and maintain a church Bell and the bell we hear today bears the inscription 'in the year of our Lord 1603, Joseph Hatch made me'.

Through the passing centuries Temple Ewell church has remained in almost constant use. However, in the 19th century it fell into sad disrepair. The North Chapel was being used as a cowshed and when the cows were driven out it was used as a village school. Only the determination of the Reverend John Turnbull, in setting up a public subscription for repairs, saved the church from possible ruin. Amongst the many improvements was the installation of the present organ, which came from St. Mary's church in Dover. In what was virtually a rebuild of large parts of the building, the church does still retain its medieval character. In 1875 a Thanksgiving service was held for its restoration.

In 1888 the 17th Century Swiss glass was installed in the Chancel and North Chapel windows. The stained glass window above the alter was put in after the 2nd World War, as the original had been destroyed when a shell landed in the playing field nearby.

In 1988 a second Thanksgiving service was held which included a Pageant illustrating various historic episodes of Temple Ewell church since its foundation. Fittingly, taking part in this were the present day representatives of the Knights Templar Order from Thanet, who have once again established links with the church, which their predecessors built over seven centuries ago.

1988 -2001 As part of the village Millennium celebrations, The Lady Chapel, which had been used as a social area, was refurbished with monies bequeathed by villagers. It has been said that the history of England has been written in her ancient churches and this is certainly true of St Peter and St Paul church at Temple Ewell.

PLEASE NOTE: We started an interregnum at the beginning of August, and some Sundays may find us having a joint service with St Mary's church in Lydden.  For an up to date notice on the service, please see our Facebook page, or contact Liz Waller (Church Warden).