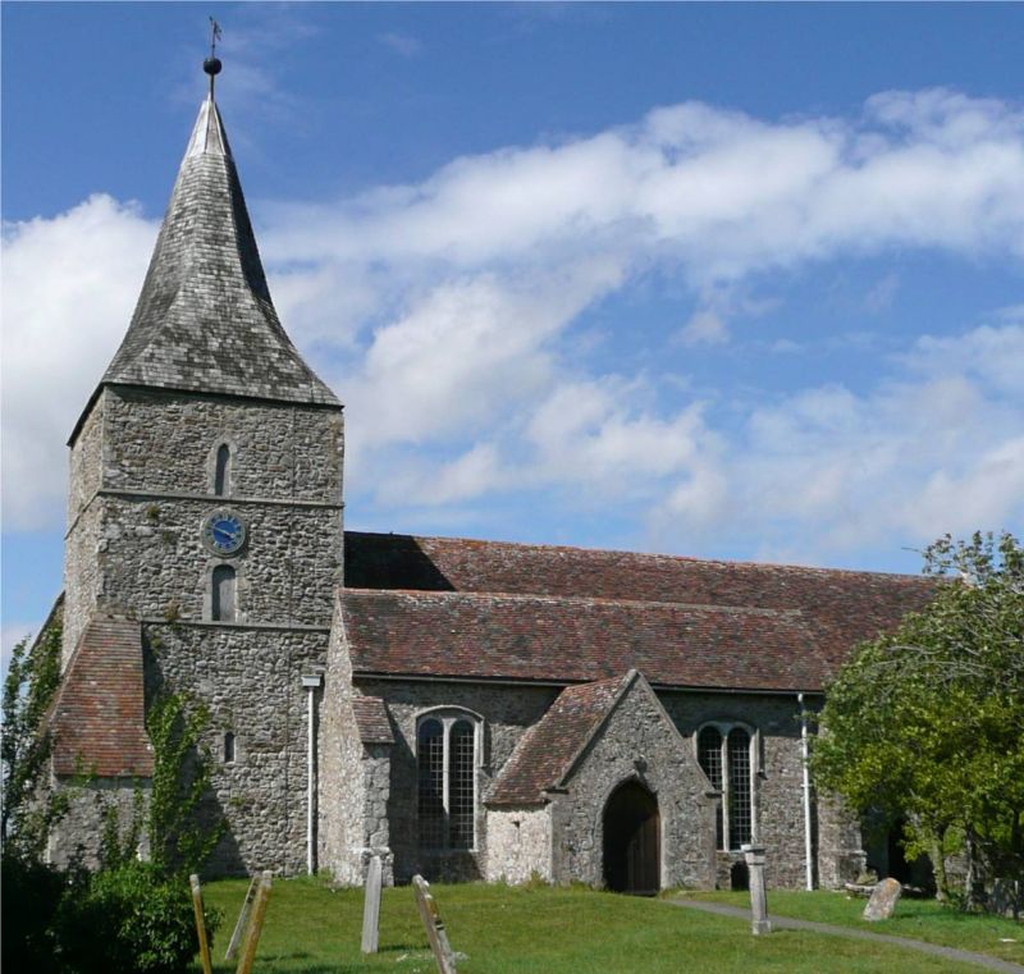 St Mary the Virgin, ST MARY-IN-THE-MARSH
Services and events
News and notices
About us
Find us
St Mary-in-the-Marsh
Get in touch
01797 363663
Facilities
More information
Edit this Church

St Mary in the Marsh is a widespread rural parish with approximately 200 inhabitants situated in the heart of Romney Marsh.  The centre of the parish is a small village of 38 houses.  The setting, with the church and The Star Inn at the heart of the village, is thought by many to be typically English.  It is probable that there was a small wooden Saxon church here in early times, known as Siwold’s Circe.  Following the Norman invasion, the Saxon church was superseded in about 1133 by a church built largely of Kentish Ragstone, the name having been changed to remove the Pagan history of the site.  Today, all that remains of the early Norman church is the splendid Norman tower and the west wall of the nave.  The spire was added to the tower in the mid-fifteenth century, circa 1450.

We have a regular pattern of services on the first three Sundays of each month.  On the first and third Sunday we have a service of Holy Communion (Common Worship) at 9 am and we have a Sung Evensong (Book of Common Prayer) at 6.30 pm on the second Sunday.

St Mary's has quickly developed a lively music tradition in the last few years.  A wonderful FH Brown & Sons organ was built and installed in the church in 1990 and extended in 2012.  Our talented organist is also the musical director of a community choir, The Haywardians, which is based in the church and meets every Friday evening at 7.30pm.  In addition we hold a series of concerts each summer with music as diverse as jazz bands, classical chamber groups, choral concerts and organ recitals.