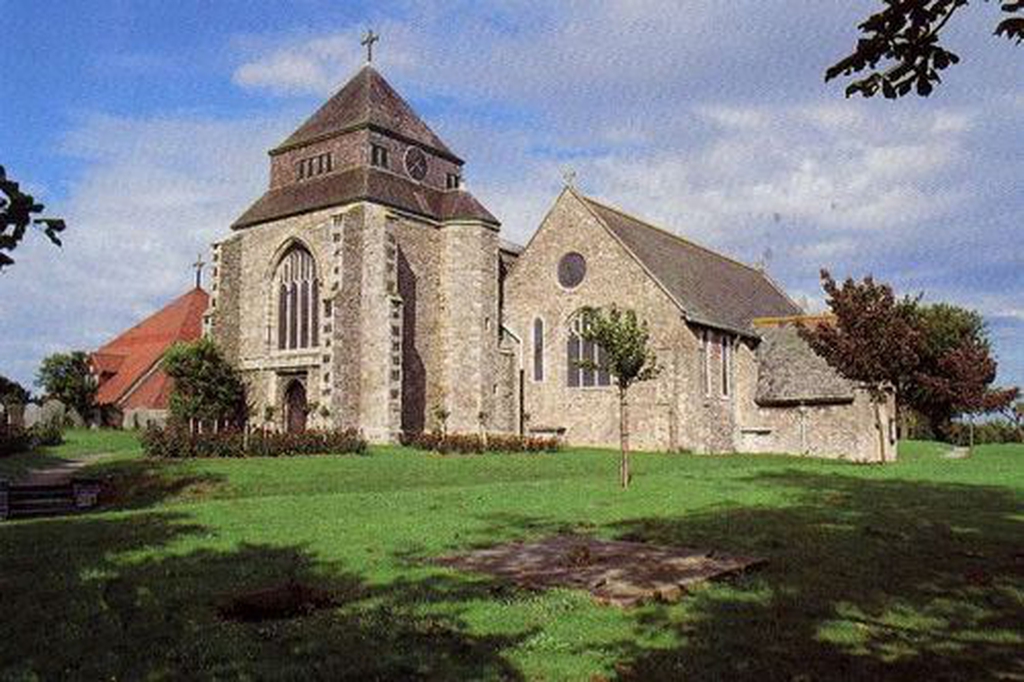 Minster Abbey or, to give it its full title, The Abbey Church of the Blessed Virgin Mary and Saint Sexburgha, occupies the highest hilltop position on the otherwise flat Isle of Sheppey in Kent and has been a place of worship for over 1,400 years.

Founded as a nunnery by the widowed Queen Sexburgha in 664AD it was endowed with land given by her son Ercombert, King of Kent. With no stone on the island the building material was hewn at Boughton Monchelsea and brought down the River Medway and the Swale. Examples of early Saxon stone and Roman tiles, (from an earlier Roman outpost of the garrison at Reculver which earlier occupied this hilltop,) can also be found in the walls of the St Sexburgha chapel.

Following the Norman invasion of 1066, King William the Conqueror partly rebuilt the church and priory and allowed nuns from Newington to take up residence. It remained impoverished, though, until Archbishop de Corbeuil rebuilt it between 1123 and 1139. He is credited with the unusual arrangement of two adjacent 'churches' with the northern church for the nuns and the southern for the parishioners. It is thought curtains were originally hung to cover the arches which separate the two churches. The stone for the Norman part of the church was imported from Caen from the same quarry that provided the stone for Canterbury Cathedral

Vicarage Road
Minster on Sea
Sheerness
ME12 2HE