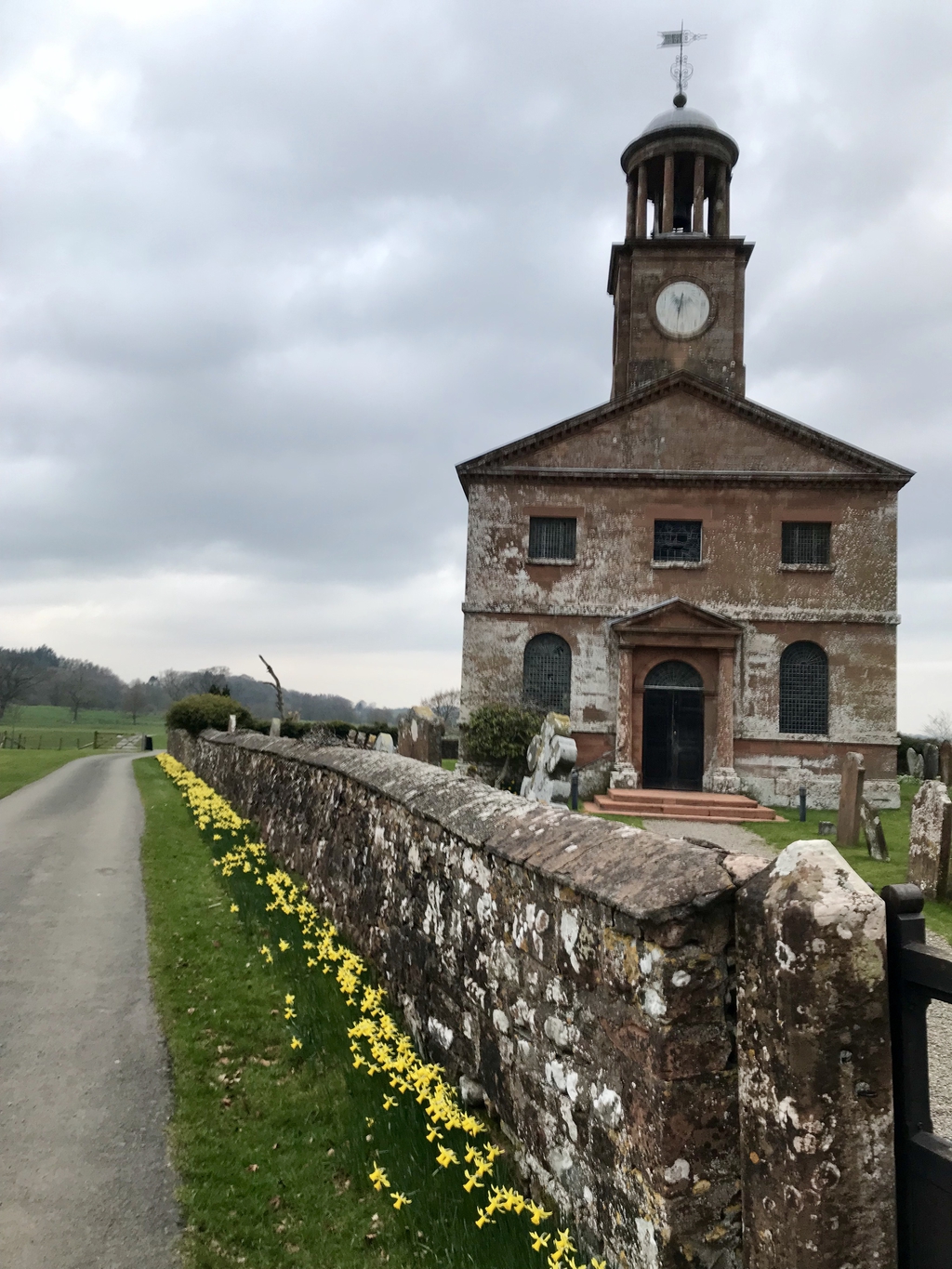 The Church of St. Andrew serves the scattered population of the rural parish of Kirkandrews-on-Esk  which includes part of the historic Debateable Lands  of the English Scottish Border.  There has been a Church   in the parish since the 12C at least, although by the 16C, because of the  lawlessness  and violence of the area  the practice of  organised religion had virtually  disappeared.

In  continuation of the initiative to bring peace to the turbulent border region after  the Union of the Crowns in 1603 Charles I granted Letters Patent to build a new Church to Sir Richard Graham of Esk, an Equerry who would later  accompany the King to his execution and to whom the King would hand his Bible (now in Carlisle Cathedral Treasury) as he stepped onto the scaffold.

Unfortunately  this  Church was of  poor construction  and required frequent major repair.  Its replacement was undertaken in 1775 by Dr Robert Graham DD, the  then Rector, who had inherited the Netherby Estates of the Graham family.  Dr. Graham also held the living of the neighbouring parish of Arthuret.

The  Grade II* listed Church ( which the new edition of the Cumbria volume of Pevsner the Buildings  of England features as its cover piece )   is a plain Georgian rectangular structure on a unusual north south axis .  It stands under the protection of a Pele Tower in the  landscaped setting of the Netherby Hall  Parkland .

Key  features include , the arched windows with their original tinted chequerboard panes and four later panels ; the Tuscan doorway to the southern front with a large top pediment; the landmark bell tower housing  a sundial- a thanksgiving  by the Graham Family  for the safe return of two sons from WW I; the first  floor colonnaded gallery  with its vivid stained glass centre memorial window.

In 1892/3  the distinguished Victorian architect Temple Moore  remodelled the interior adding the highly decorated and gilded Baroque revival screen; choir stalls and  a reredos  containing a copy of Raphael’s  painting of the Transfiguration.  He reused the box pews  for the inner door and wall panelling; lowered the pulpit  but retained  Florentine ceiling which  is now painted in its original colours.

The graveyard contains some elaborately carved  18C headstones indicating the rising prosperity which peace and improvements in agricultural brought to the area.

A newly restored  footbridge across the  river Esk links the Church to the  eastern half of the parish  through the Netherby Hall Park and Woods.

The Church is much valued by its congregation who strive to maintain its long tradition of worship with regular Sunday Services and warmly welcome anyone who wishes to share this very beautiful sacred space.