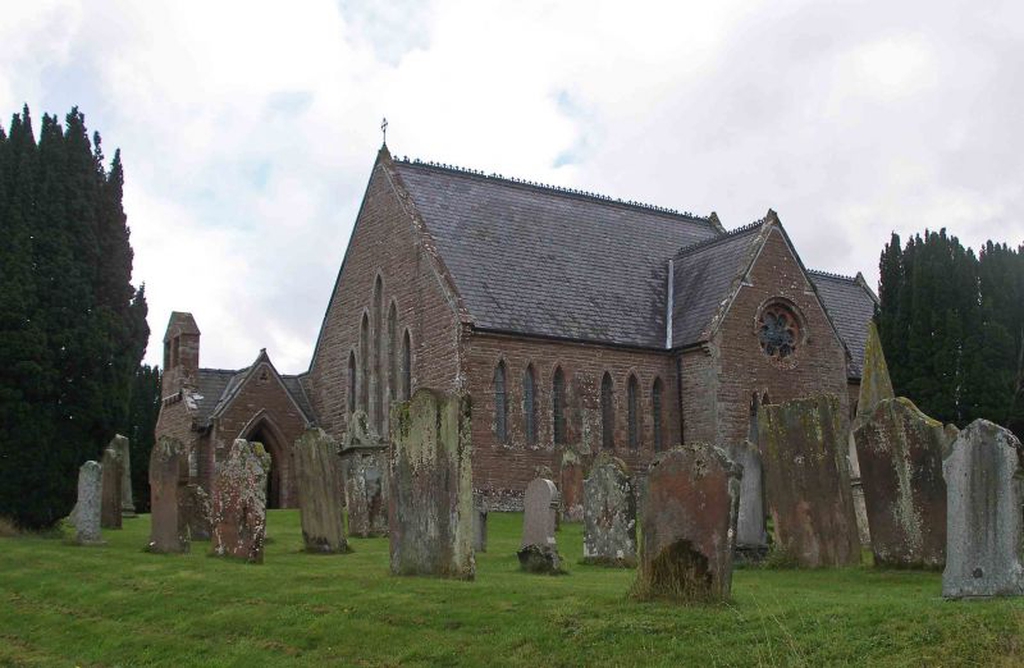 Opens every day from around 10am to 4pm.  Door needs a good shove to open!

There has been a church at Ainstable, on its present site overlooking the village, for over 900 years. A valuation for Pope Nicholas in 1292 was entered at £10 9s 5d for the church and £5 4s 8d for the vicarage (which is now a private residence). The manor of Ainstable was held by the Denton family; in 1358 one William Denton “bequeathed his body to be buried in the burial ground of the Church of St Michael” and left the priest 2s to pay for his soul. The manor was forfeited during the Wars of the Roses by John Denton and it was given to the Dacre family by Henry VI.

During the reign of Edward IV the church was appropriated to the Nunnery on Croglin Water which, until its dissolution in 1534, supplied priests for Ainstable. You can see the Nunnery Sanctuary stone between Ruckcroft and Staffield. After the dissolution the first vicar, Richard Chyrden, was appointed by the Crown and the Nunnery passed into private ownership, firstly the Grahams and then in 1685 the Aglionbys who were for a long time associated with Ainstable Church.

In 1871 The Diocese granted a faculty to pull down the church and use the material for rebuilding. The present building in its Gothic style succeeding a similar stone one which had stood for 100 years, was erected in 1872 at a cost of £2000. A fine oak screen was erected in 1888 in memory of Elizabeth Aglionby. However, due to poor foundations the tower had to be dismantled in 1983. The church seats about 100 people. The south transept houses the “Harrison & Harrison” organ, considered to be a fine instrument of approximately 424 pipes.

There is a Norman pillar piscine with a decorated shaft which stands under the west window. Two recumbent sandstone effigies on either side of the altar of of John Aglionby and his wife Katherine Denton. The inscription around the woman reads “Orate pro Anima Katarine Denton quis orbit AD 1428” – Pray for the soul of Katherine Denton who died AD 1428.

The altar frontals and pulpit falls were replaced in 1995 with locally inspired and produced designs.

As can be seen from the photographs, the views from St Michael’s are really beautiful, taking in Blencathra and the surrounding fells and Eden Valley countryside.