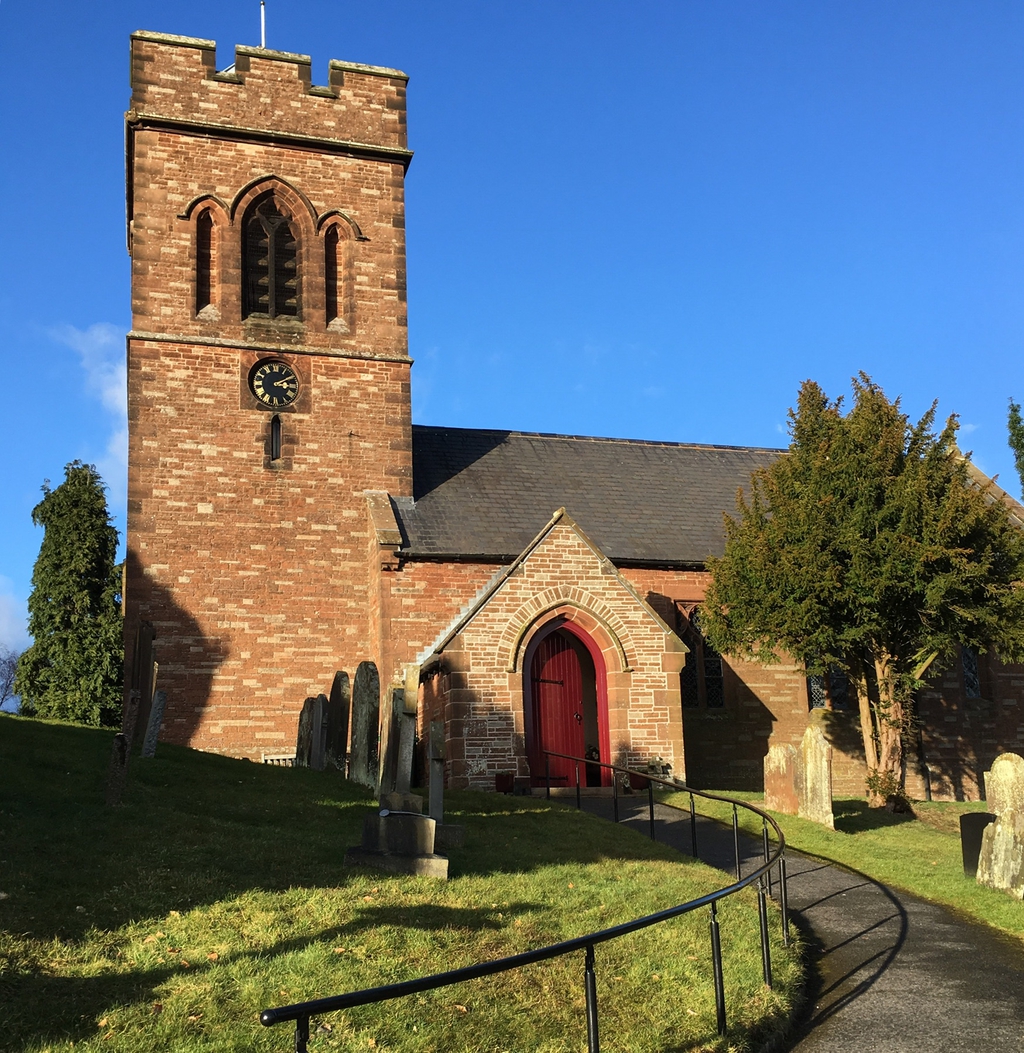 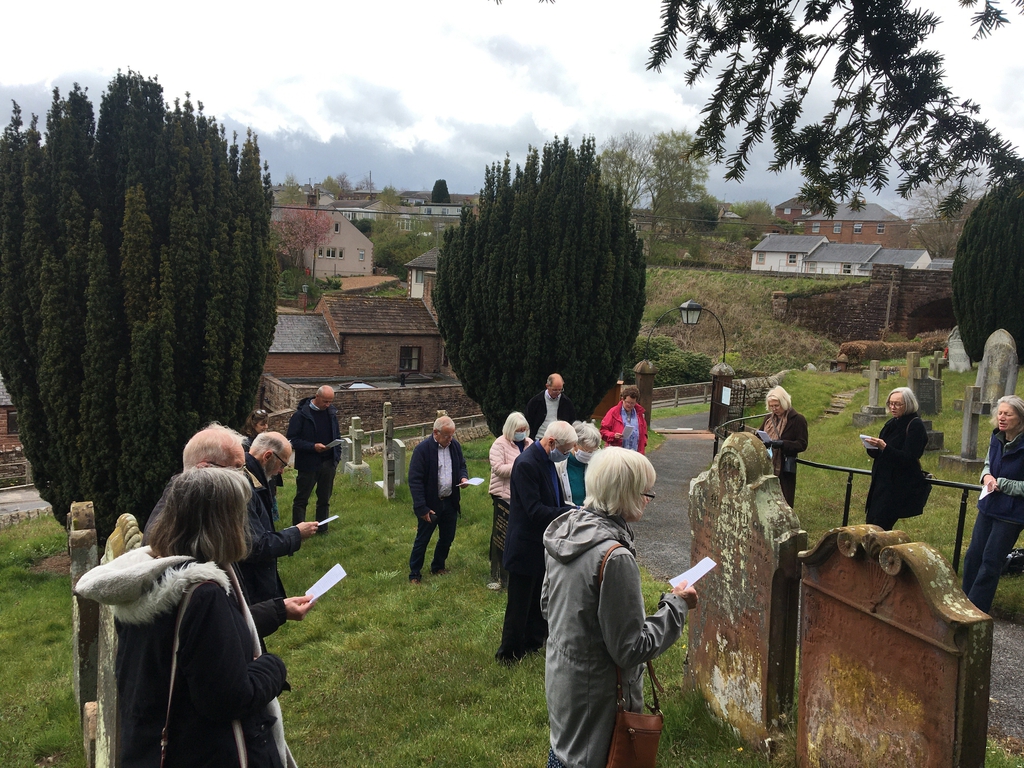 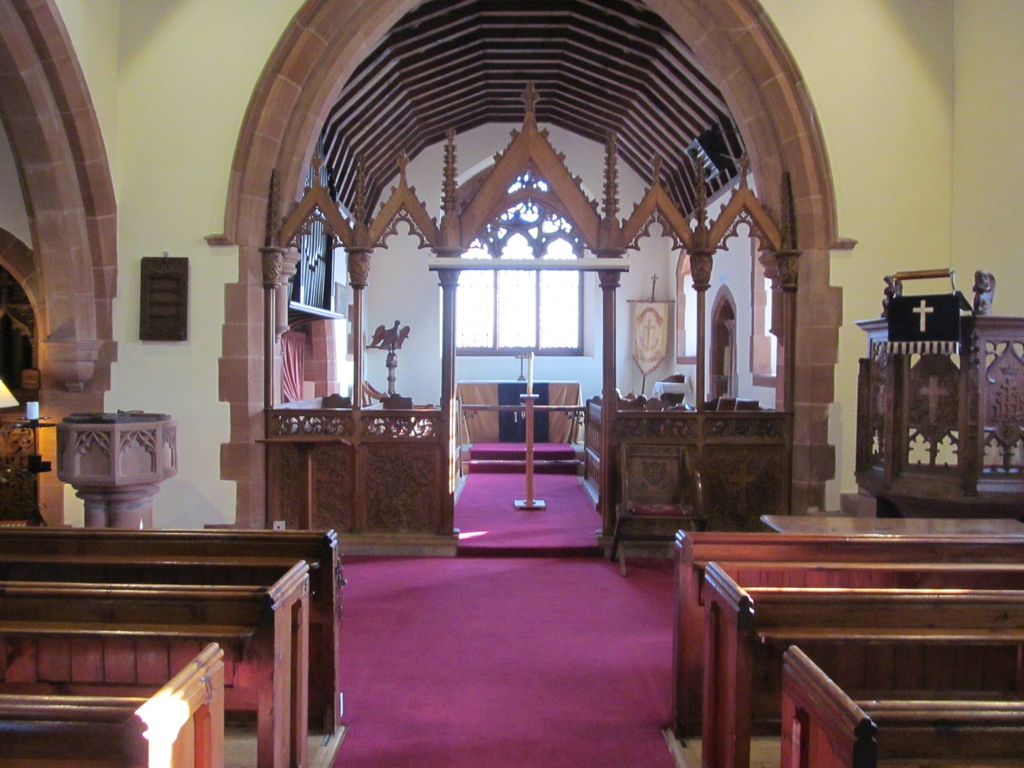 The earliest documentary evidence of a church in Lazonby is of 1167 AD. It is clear that the dedication to St. Nicholas came from the earliest times.

The present church was built between 1864 and 1866. The previous church on the site was demolished, and very little is known about it. The Maclean family of Lazonby Hall paid for the building of the current church, which was designed by Anthony Salvin.

There have been some changes in the church since 1866. The inner door at the main entrance, the screens and nearly all the woodcarving in the church, are examples of "The Vicar's carving class"; being work done by Canon Wilson, Rector from 1877 - 1920.

A stained glass window in the chancel dedicated simply "To my mother" - a memorial to Eleanor Maclean, is by Mayer of Munich.

The East Window is geometrical and floral, and is by John Scott. The organ, made by Willis, was moved to its present site in 1908. The font was moved to the front of the church in 1982.