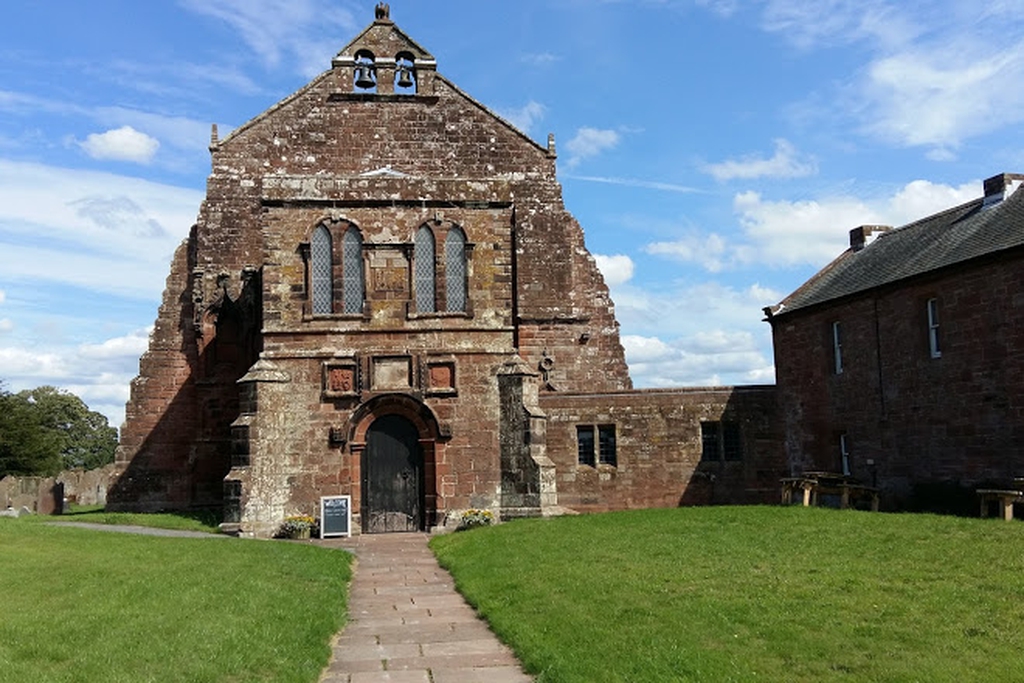 Holme Cultram St Mary was built in the 12th century, a former Cistercian Abbey, founded by monks from Melrose Abbey. It is one of the few remaining Cistercian abbey churches still used as a place of worship. It is the resting place of the Earl of Carrick, father of Robert the Bruce. Open daily, tours given by prior arrangement. As one visitor described it, the Abbey is "a must for those wanting peace, tranquility and beauty."

Following a major fire in 2006 the Abbey has undergone major restoration work, which is still ongoing