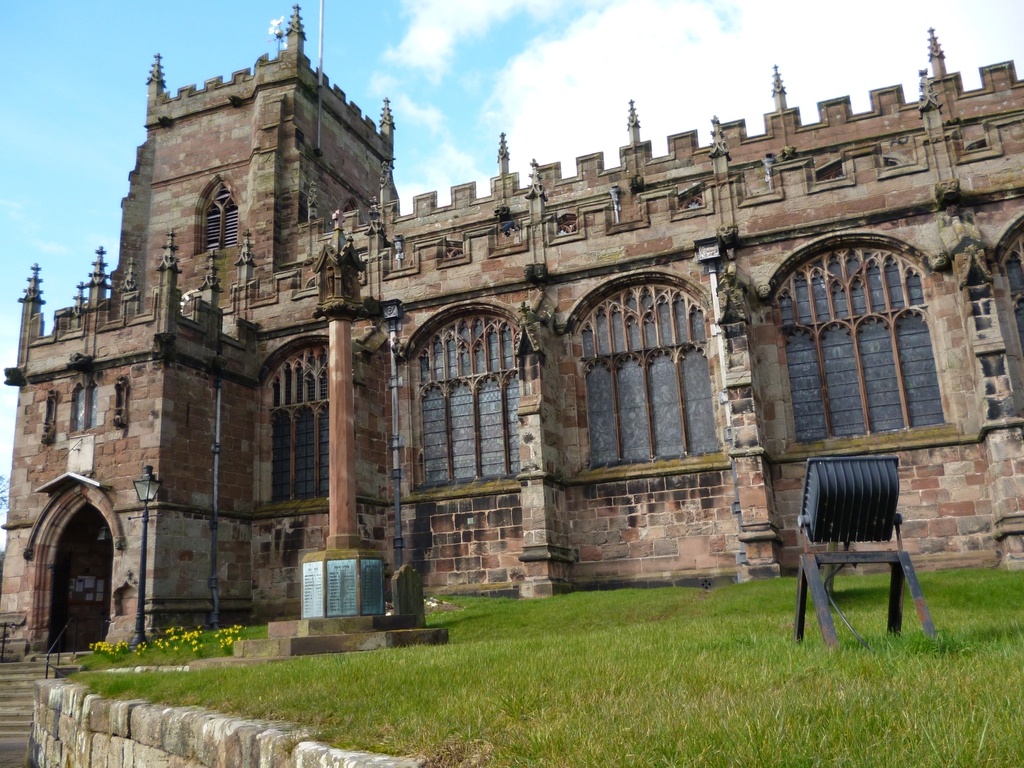 St Oswald's Church stands on the highest point in the market town of Malpas, Cheshire, on or near the site of a Norman motte and bailey castle. The church is recorded in the National Heritage List for England as a designated Grade I listed building and is recognised as being one of the best examples in Cheshire of a late 15th to early 16th-century church.

The present church was built in the second half of the 14th century on the site of an earlier church, although there are no structural remains of that building. A stone from the previous church was incorporated above the chancel door of Trinity Church in Princeton, New Jersey, to which the influential Stockton family had emigrated from Malpas. The church was largely rebuilt above the cill level with the addition of a clerestory in the late 15th century. In about 1886 the Chester architect John Douglas carried out a restoration, which included removal of the box pews and plaster from its interior.

It is built in red sandstone with lead roofs. The tower dates from the 14th century and is just over 70 feet (21 m) high with diagonal west buttresses, angled east buttresses, and a southeast octagonal turret. The nave and chancel are crenellated. At the south-west corner is a porch which leads into a six-bay nave with north and south aisles. At the eastern end of each aisle is a chantry chapel, the north chapel originally belonging to the Cholmondeley family and the south chapel to the Brereton family. To the east of the nave is the three-bay chancel, and in the north-east corner is a vestry dating from 1717. Above the south porch is a parvise and above the doorway is a wall sundial with niches on either side. The porch is embattled, with pinnacles and gargoyles.

We are privileged to have a historic two manual Lewis Organ which is maintained by Merseyside Organ builder Brian Jones.