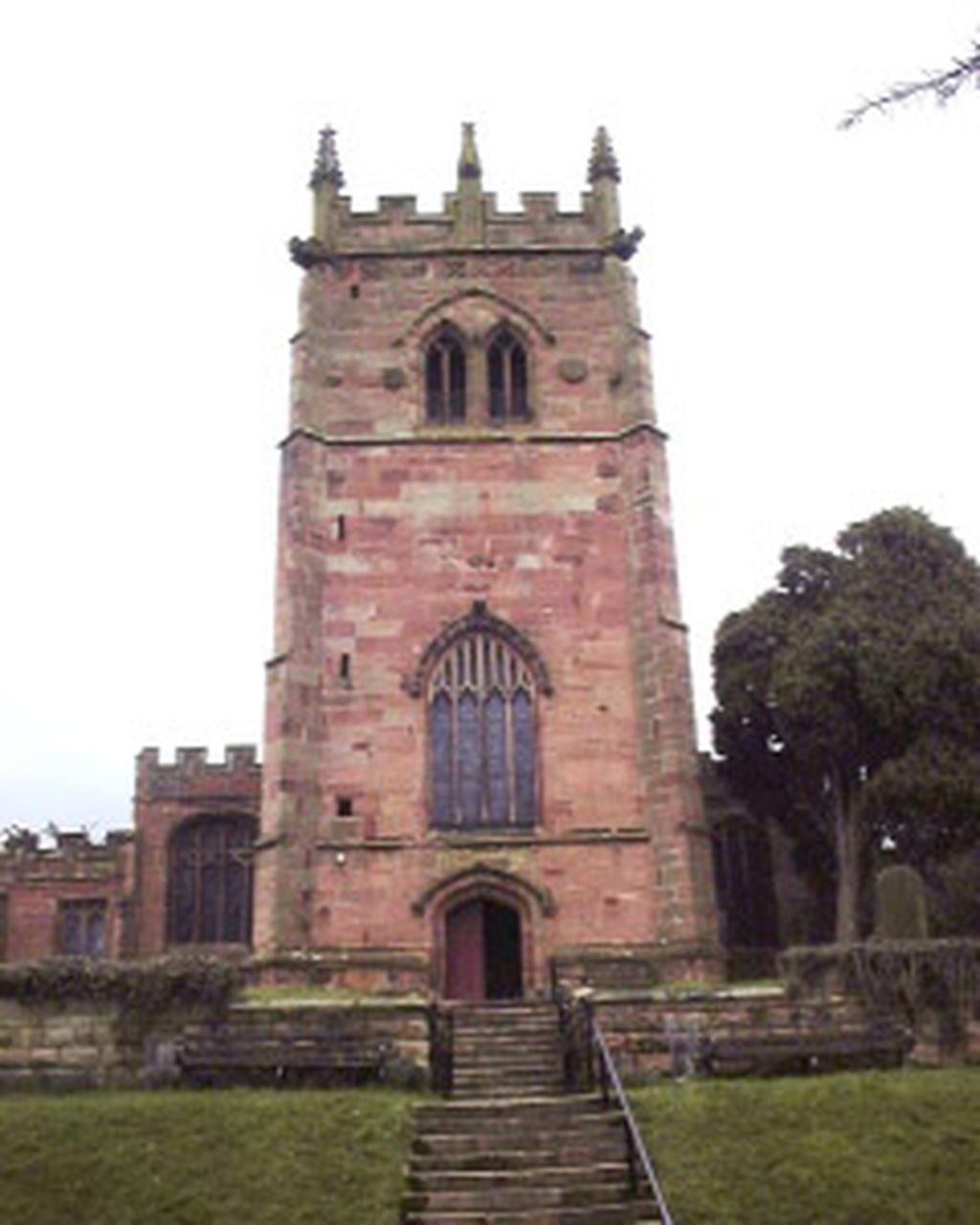 Dedicated to an obscure Saxon Saint, the Church is one of the oldest and most beautiful parish churches in the North of England. It is the centrepiece of a picturesque village set in rural Cheshire. It’s patrons, the Crewe family, have worshipped and been buried here for nearly four centuries, while the Duchy of Lancaster is the chief landowner. It was the scene of a Civil War atrocity, the Barthomley massacre, by a royalist Irish group just before Christmas 1643.

The church building, seated firmly on a Neolithic barrow & drumlin, is built of mellow red sandstone in the local rustic perpendicular style of the fourteenth and fifteenth centuries. There are traces of earlier structures; a stoned-up Norman doorway and thirteenth century wall with scratch dial and outline of a former entrance. The nave is majestic with clerestory and carved oak ceiling, a renowned masterpiece. The ceiling inside the tower was replaced with oak beams during 2015 with the carved and decorated bosses reflecting the history of the church.The side aisles are equally impressive and the tower contains eight bells whose chimes are heard regularly throughout the year. The stained glass is the work of Clayton & Bell, Shrigley & Hunt and Pilkingtons. The Crewe Chapel contains fine funereal monuments ranging from a medieval recumbent knight to a Pre-Raphaelite ‘sleeping’ female figure of great beauty. The Church building is very worthy of it’s Grade 1 designation, which was awarded in 1967, and attracts many visitors each year.

The congregation is regular and fills the nave each Sunday. There is a Makin Digital Organ and an impressive and thriving choir whose beautiful voices can be heard leading the hymns and psalms during the services.The whole atmosphere is friendly, welcoming and relaxed, while retaining dignity and purpose. Coffee and biscuits are served after morning services and a social atmosphere is very much in evidence. There are around thirty weddings and regular baptisms celebrated here throughout the year.

We have recently completed the third stage in an extensive restoration project. The final stage - renovating the tower - was aided by a grant from The Heritage Lottery Fund. Any donations to help us maintain this beautiful church would be very gratefully received.

The children at St Bertoline's are all important because they are the future of our church. However, since the summer of 2010 we have had no Sunday School as we found that there were not enough children in the parish to hold regular groups. We did run a series of family festivals but, again, there were not enough children to attend. Now we just have seasonal services involving the children during normal church festivals, such as Christmas and Easter. Our services are intended to actively involve the children. They are intermittent but often at celebratory times of the Church year. Sometimes we try to involve the children in the morning service at 10.30am, by getting them to help with the collections and taking up the sacraments to the altar. We want our children to enjoy and learn from what we have to offer, and to grow up in the life of our church.

If anybody would like any further information, please contact the Rector, Canon Darrel Speedy or visit us on a Sunday morning.