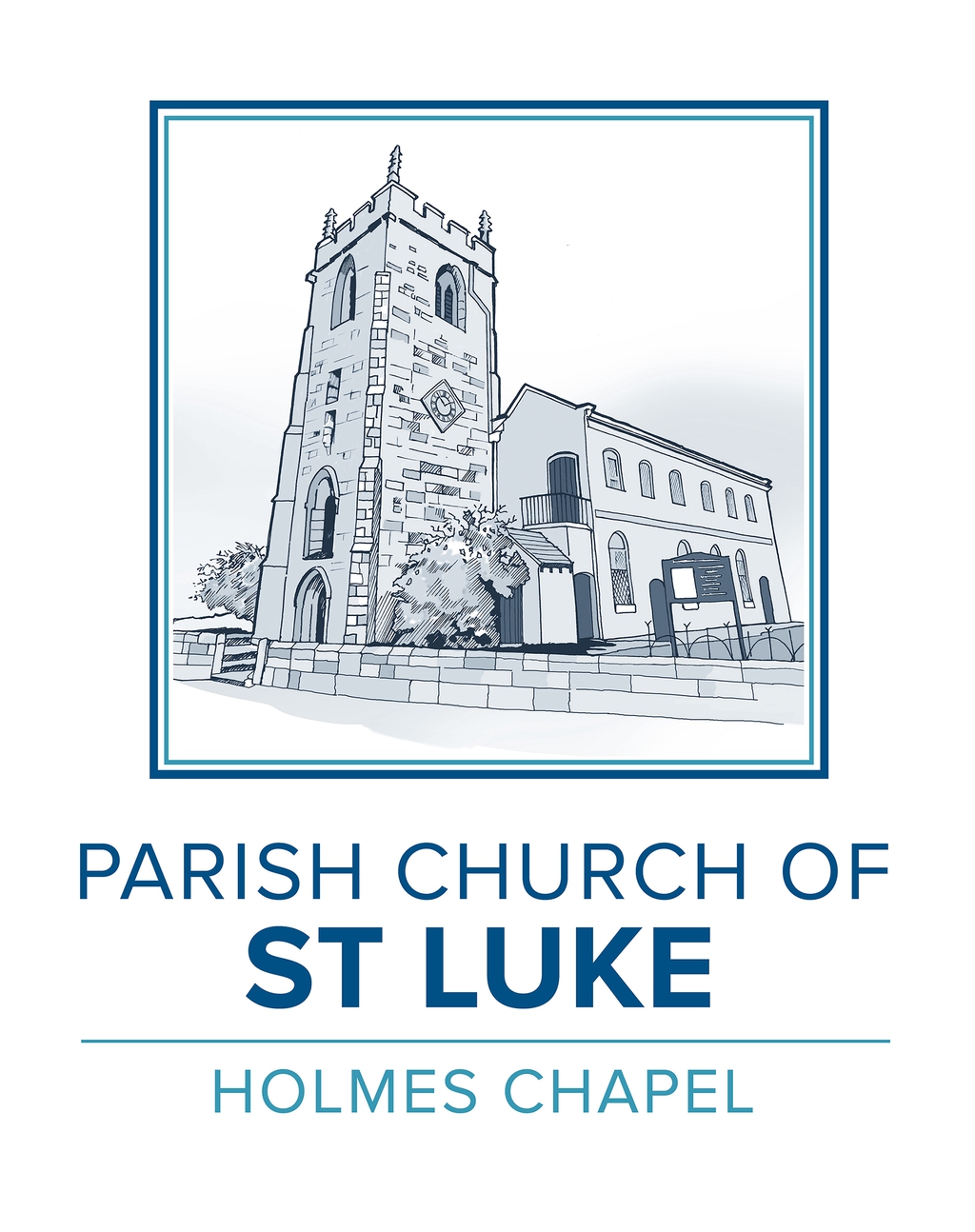 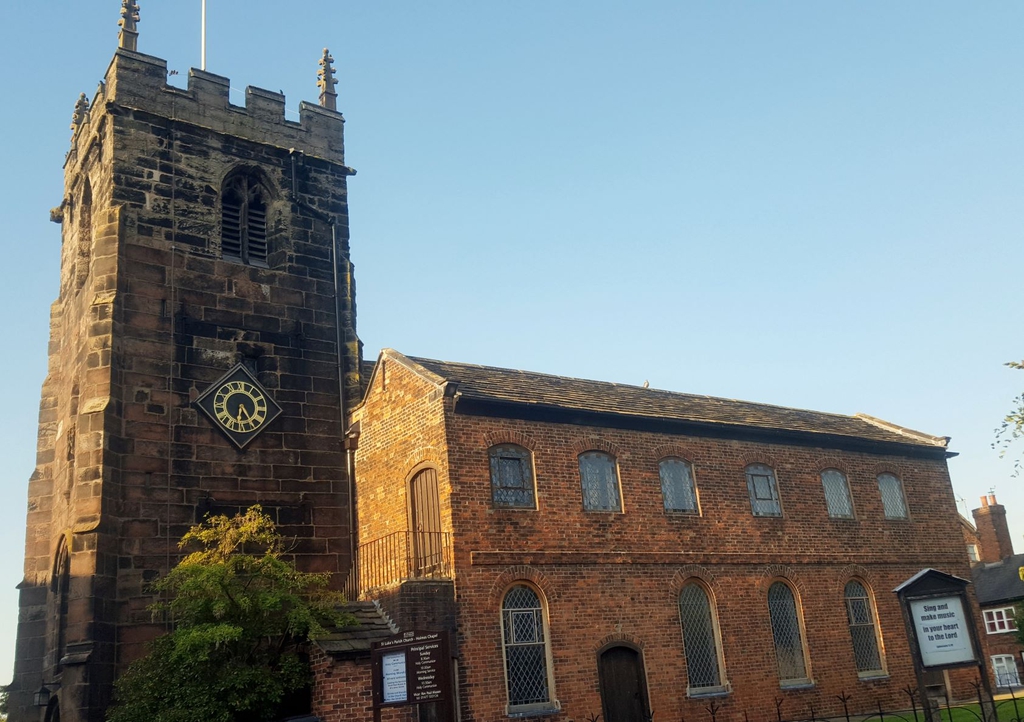 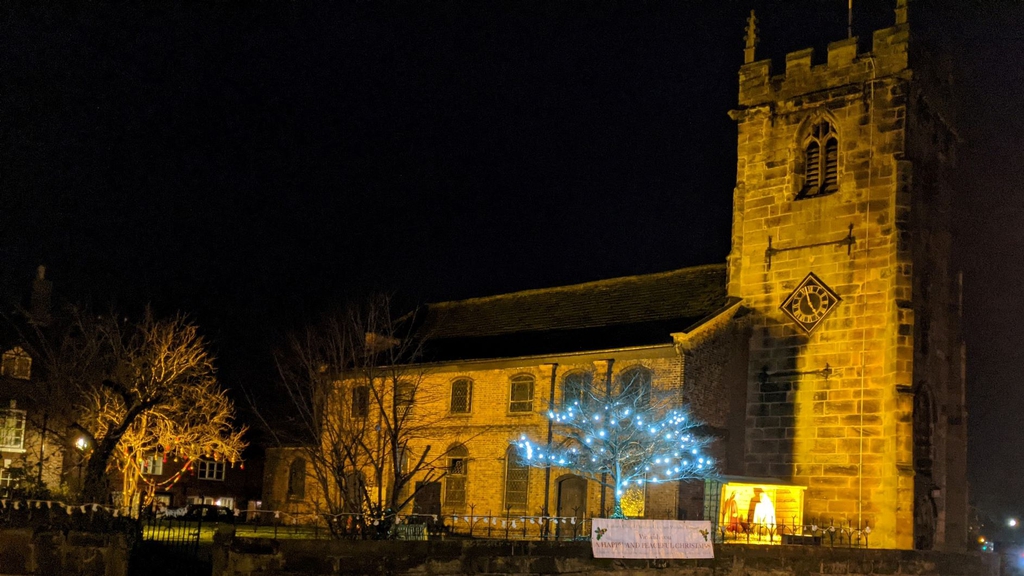 St Luke
Services and events
News and notices
About us
Find us
St. Luke's Church The Square Holmes Chapel Cheshire
Get in touch
01477 668695
Facilities
More information
Social
Edit this church

The church was originally a half-timbered one of about 1400, dedicated in 1430. As in so many other casesthe outer shell needed renewing, so the brick walls were added in 1705, when the roof was raised so that a gallery could be added on the south side which is still used on special occasions to this day.

The church has a stone perpendicular tower with crenallations, buttresses and pinnacles. On the tower is a clock with its faces set in wooden diamonds on the north and south sides. On the south side of the church are steps up to the gallery. The brickwork of the doorways has been thoughtfully done with an arch and pediment motif.

Inside is quite a different building. The brickwork is revealed to be only the casing for the frame of a mediaeval timber chapel. The nave roof, which was hidden for many years above a later ceiling, is a quite magnificent structure. Its obtuse arches are supported on octagonal wooden pillars. The wavy struts and braces give the roof a pleasingly ornate and loose appearance. Above the west door is a wooden screen dated 1623; and at the west end of the south aisle is a tablet to William Arthur Hodges "captain in the 47th regt." who, "having been twice wounded in the battle of Vittoria, fell at the storming of St Sebastion in Spain" in 1813, aged 26. A brass chandelier of 1708 hangs above the centre aisle.

Most of the graveyard has been grassed over, and the stones have been laid together to form paths round the church. The memorial to those from the village who died in the two world wars lies in the grassed area on the north side of the church. There is also on that side, a thorn bush, one of two which were brought back from Glastonbury by Canon J. T. Vale.

In its infancy, the village was known as Church Hulme but has also been known as Hulmes Chapel. Today the name Church Hulme is mainly used for the ecclesiastical Parish of Church Hulme, made up of the townships of Holmes Chapel, Cranage and Cotton.