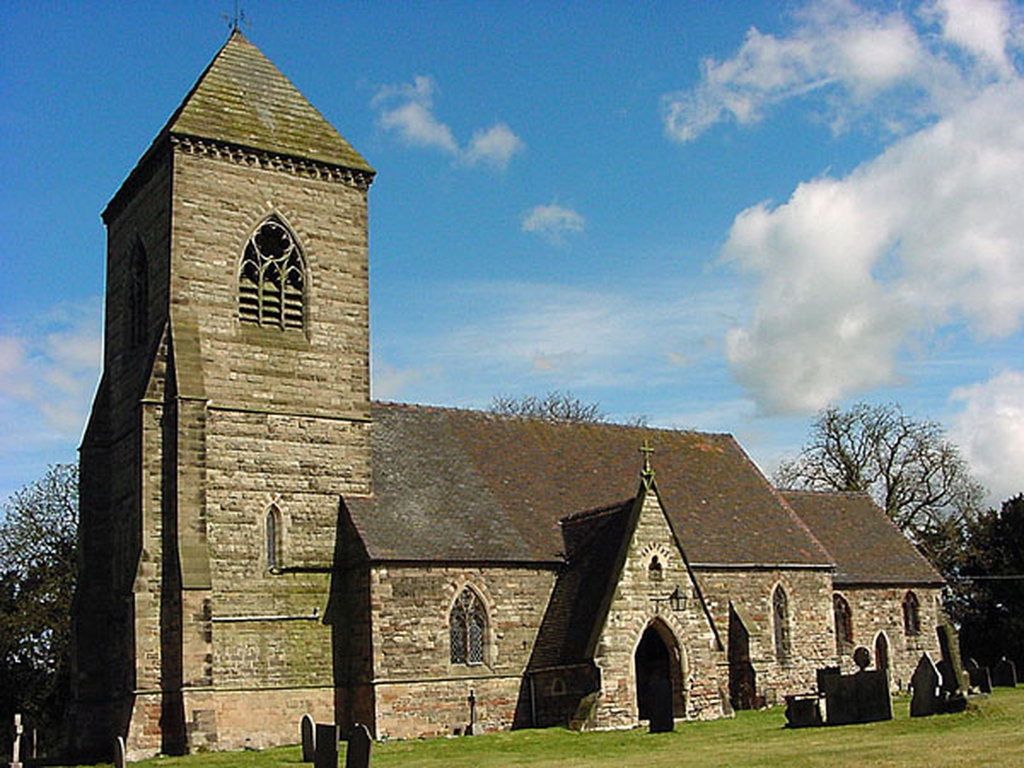 St Paul's Parish Church, Scropton (and Foston)
Services and events
News and notices
A CHRISTMAS EVE PRAYER
AN INTRODUCTION TO JULIAN OF NORWICH
A SERVICE OF MORNING PRAYER FOR THE FIRST SUNDAY OF CHRISTMAS 2021
MORNING PRAYER FOR EASTER 7
MUSIC FOR LENT, HOLY WEEK, AND EASTER
ON HOPE: A GLOBAL JOURNEY OF STORIES, ADVENTURES AND CONNECTIONS
SAFEGUARDING & PAST CASE REVIEW
THE CHAPLET OF DIVINE MERCY
THE DERBYSHIRE O's - O REX GENTIUM
THE EUCHARIST FOR EASTER 6
THE HOLY EUCHARIST FOR ASCENSIONTIDE
THE HOLY EUCHARIST FOR EASTER 3
THE VIRGIN POINT: REFLECTIONS ON THE ANNUNCIATION
THINE BE THE GLORY
WHEN I SURVEY THE WONDROUS CROSS
Find us
Scropton Road Scropton
Get in touch
07565825250
Facilities
More information
Edit this church

The church of St Paul was rebuilt in 1855-56. It has a prominent tower with a pyramid roof. The old school house also has a tower and was also built in 1856. The church contains 16 memorial headstones supplied by the Imperial War Graves Commission to mark the graves of airmen from overseas who died whilst serving with the RAF Training Squad based at nearby Church Broughton airfield.

It also contains the tomb chest of Nicholas Agard (died 1510) and his 2 wifes. His son Arthur Agard (1540-1615) was an authority on ancient manuscripts and heraldry and a founder member of the Society of Antiquaries. He is buried at Westminster Abbey.

We join together on the first Sunday of every month to celebrate the Eucharist together as a group of seven parishes in South Derbyshire. These services move around the area so please check where the Eucharist is celebrated in the benefice before coming along.