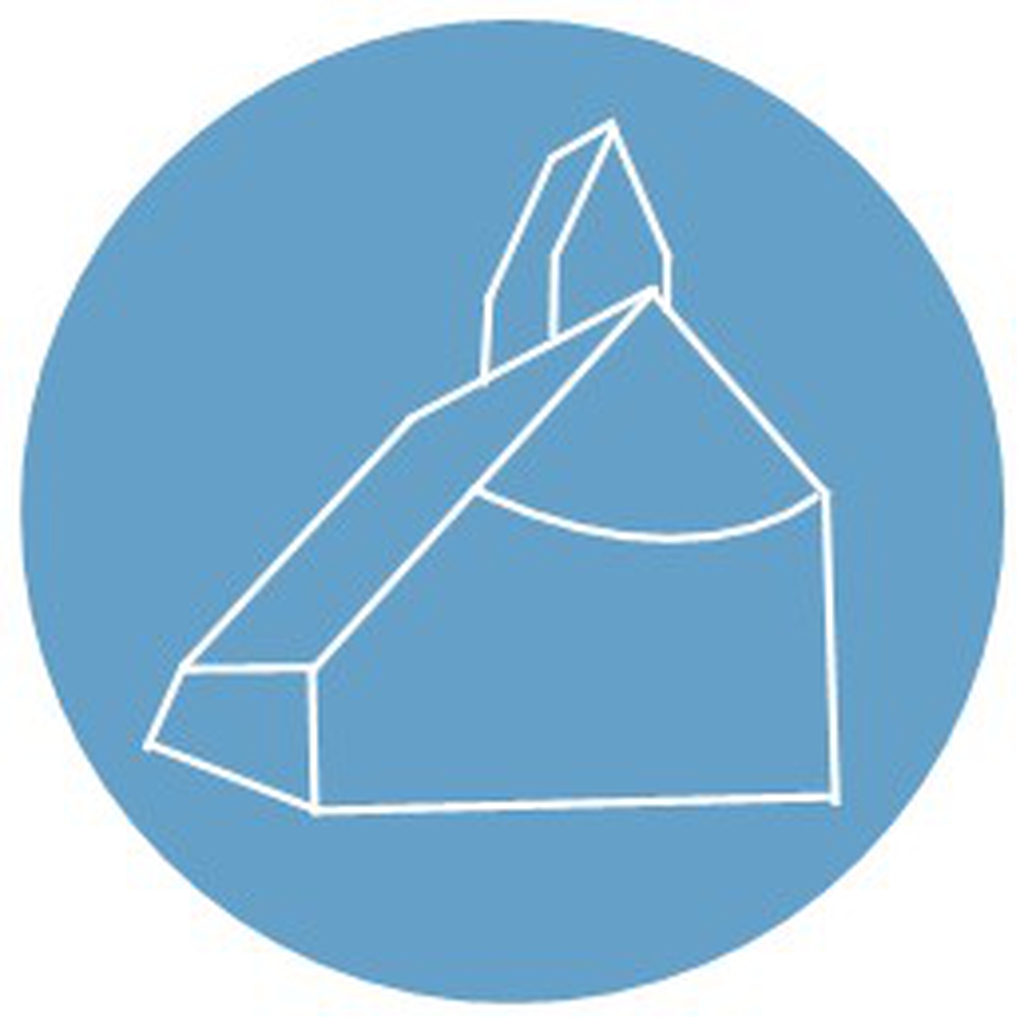 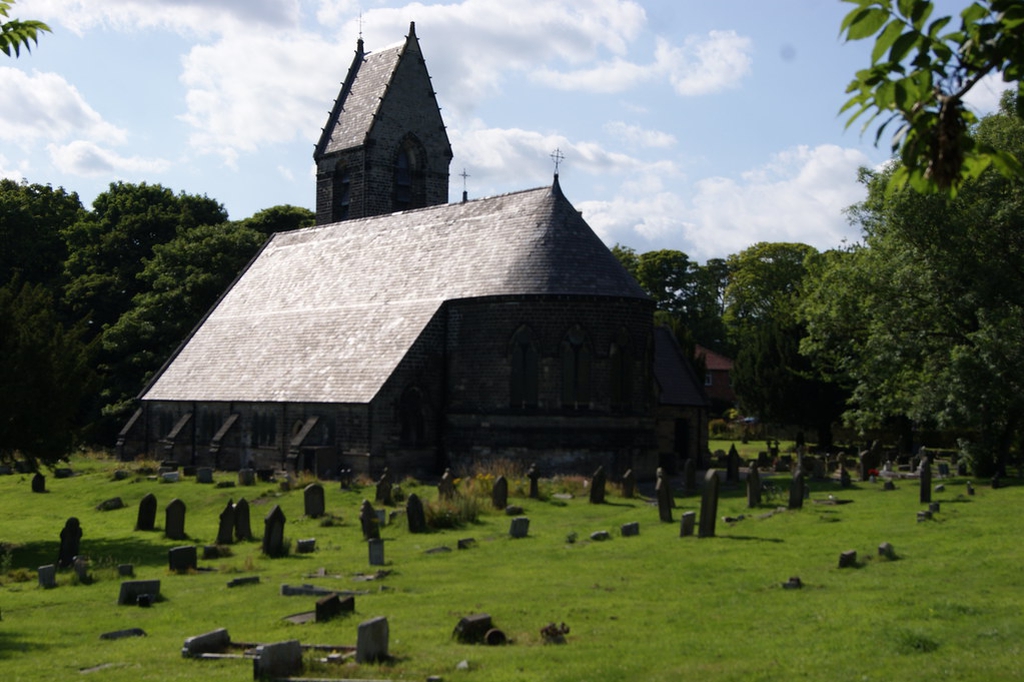 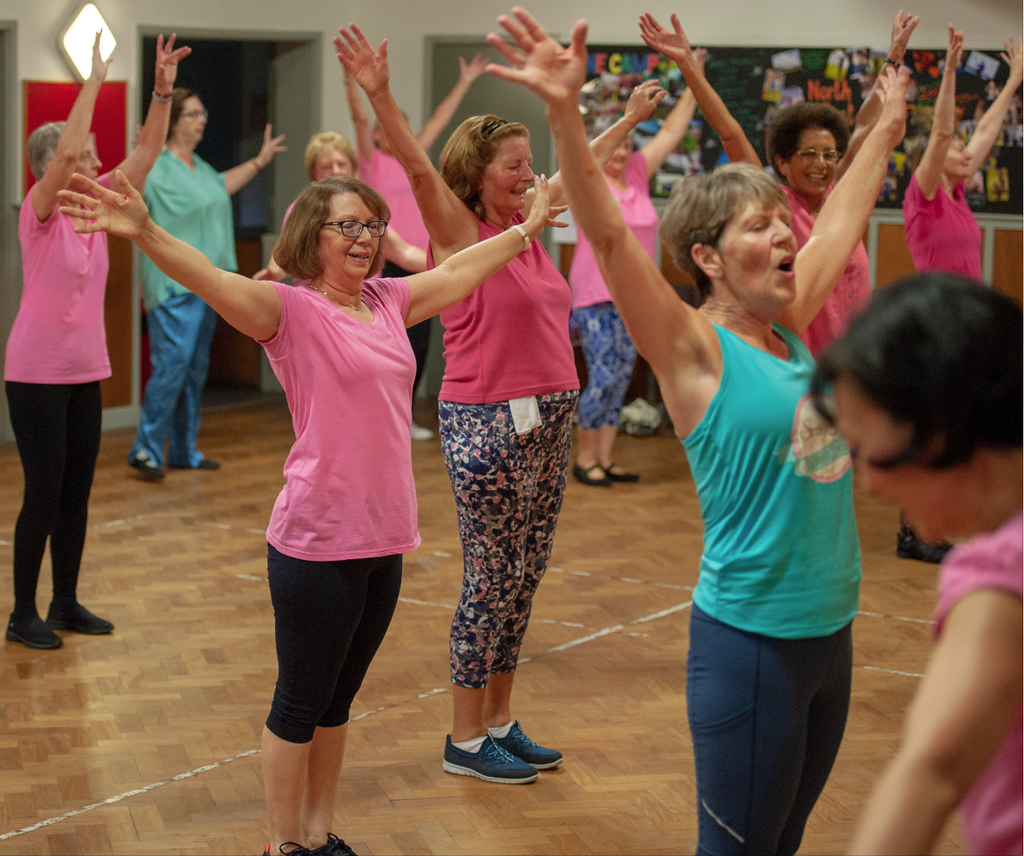 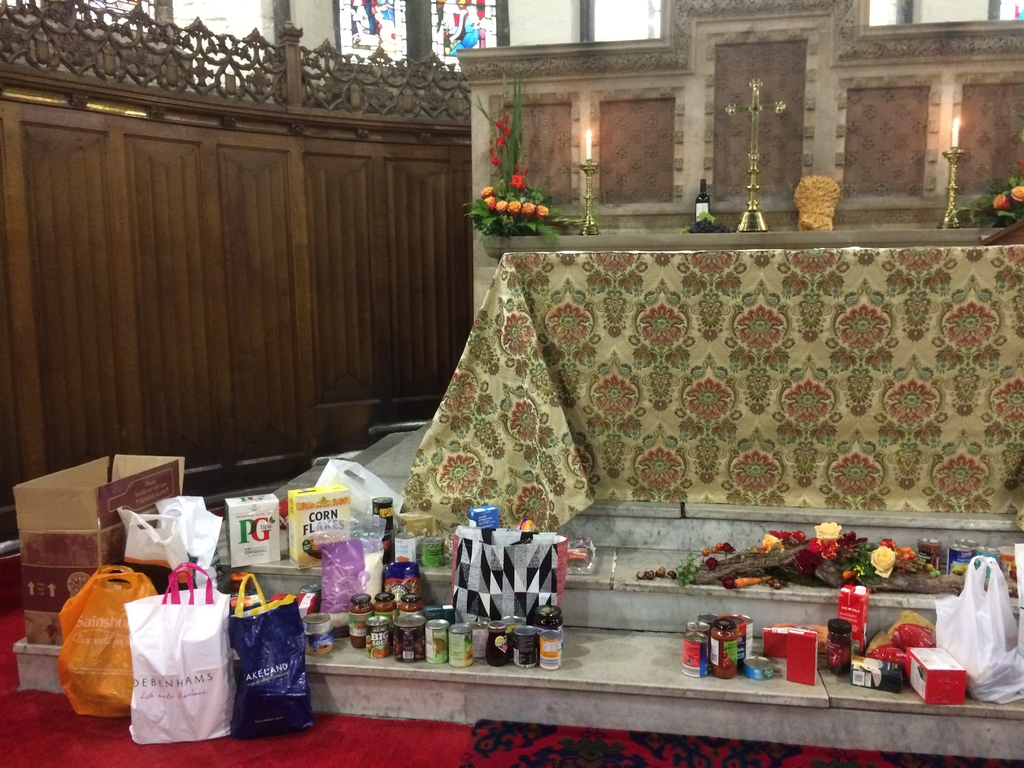 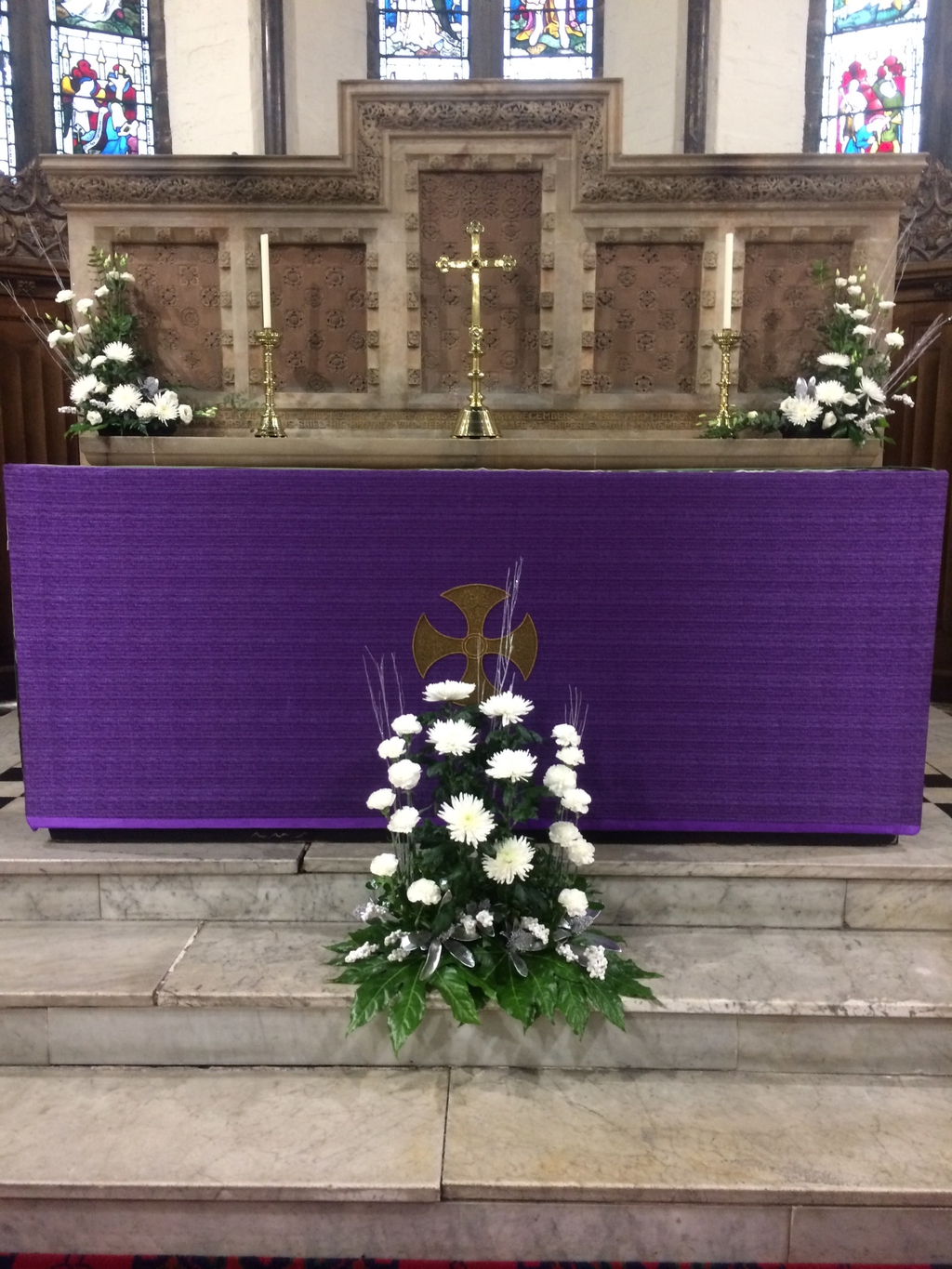 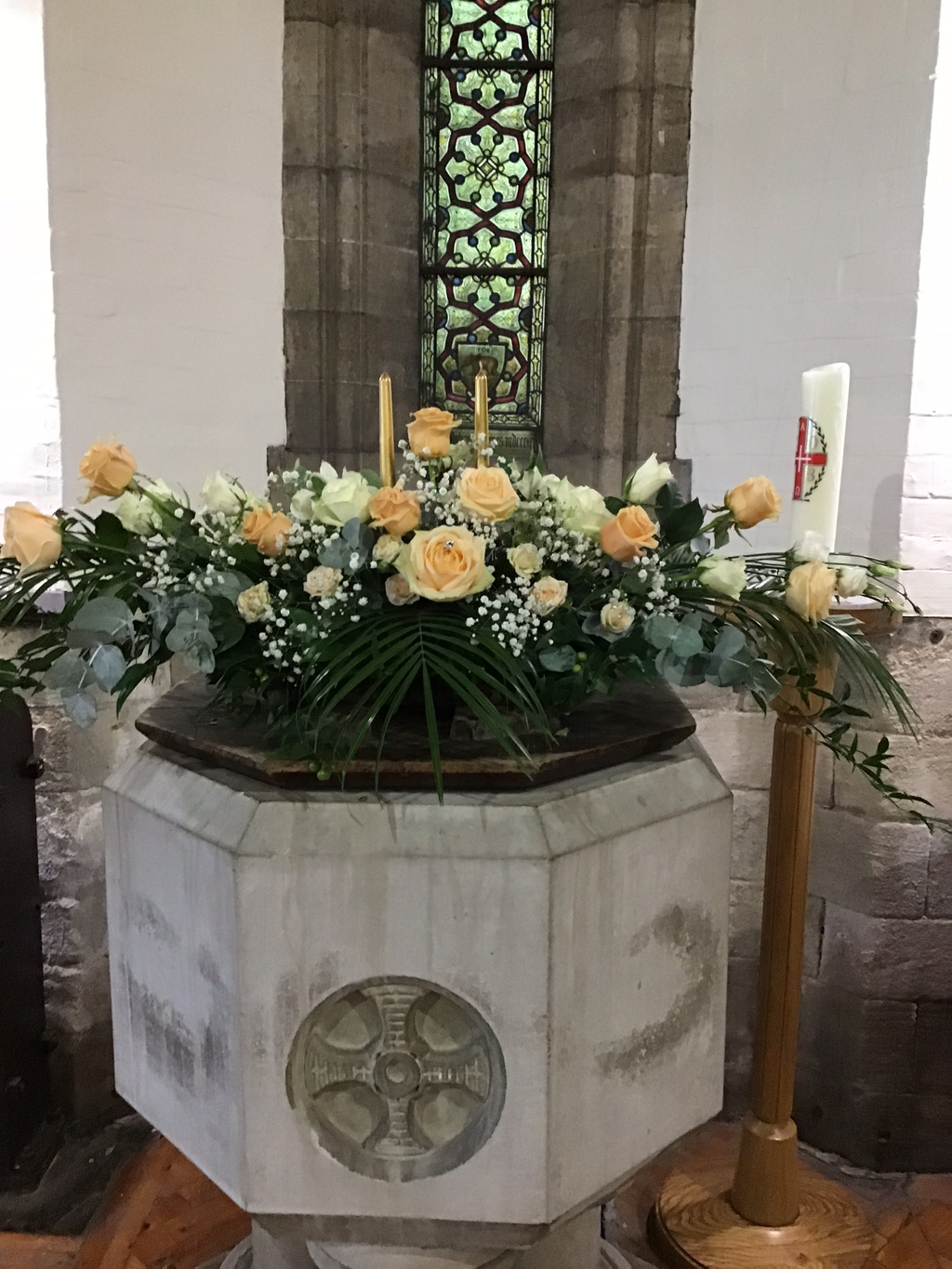 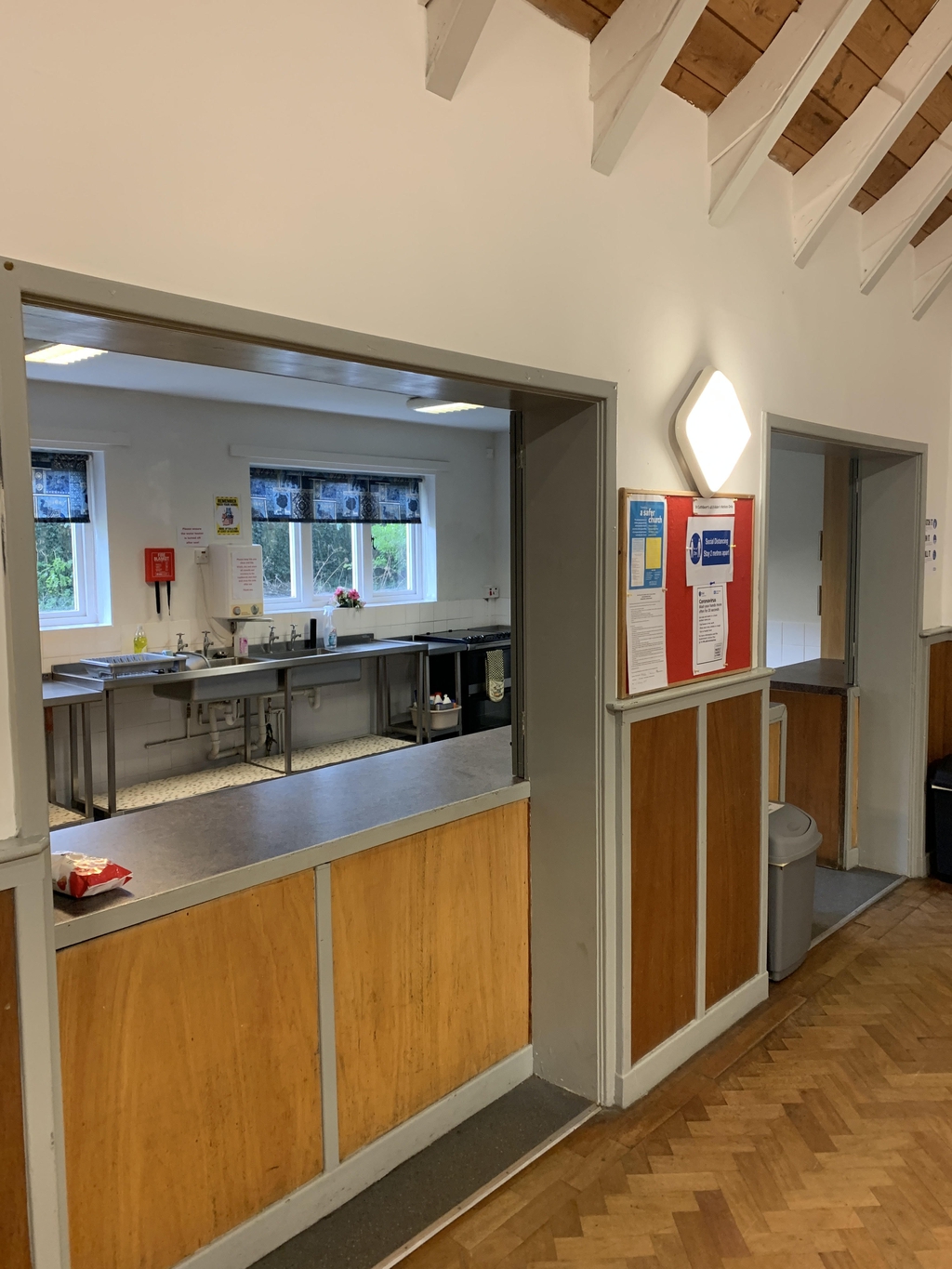 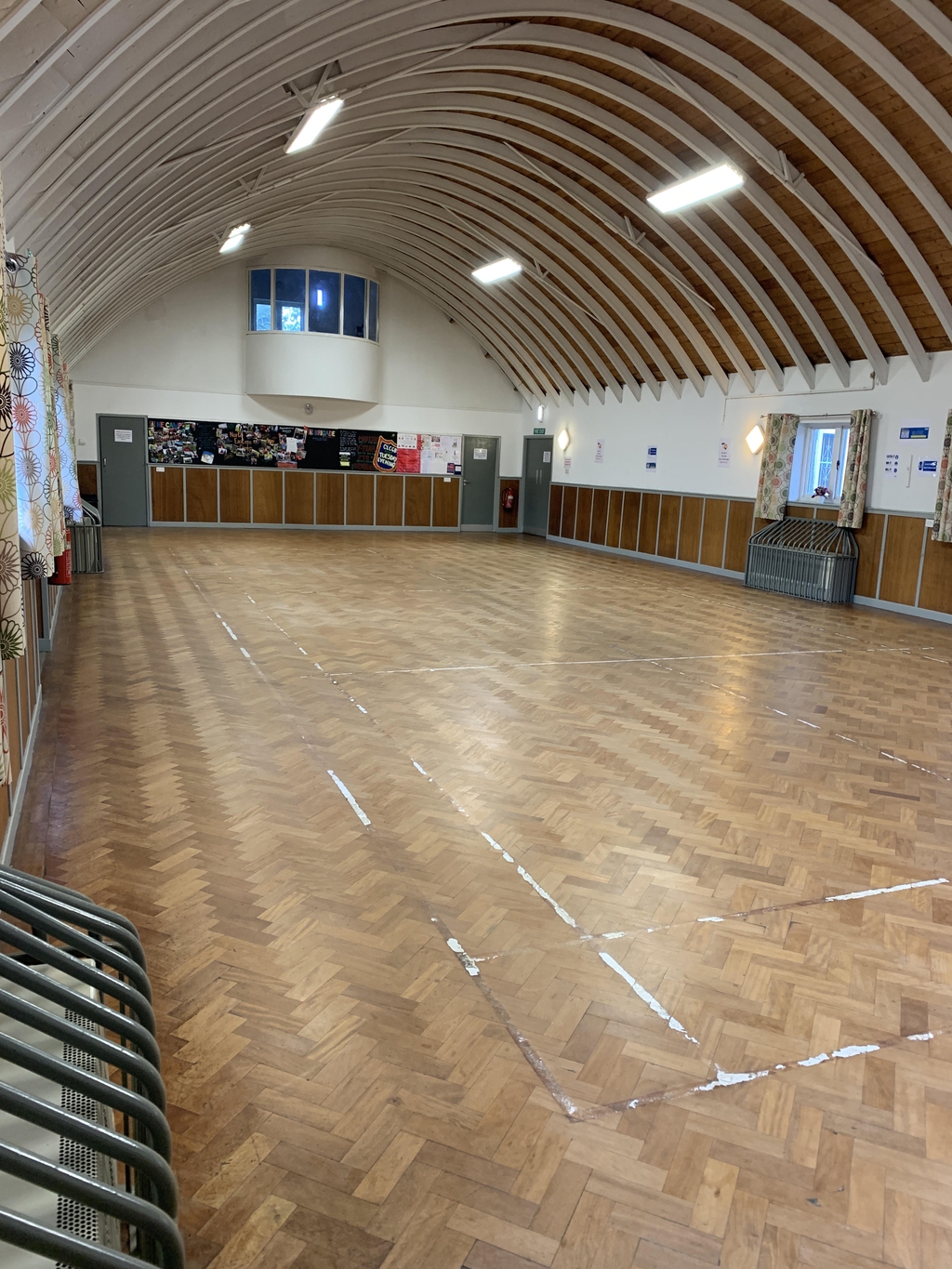 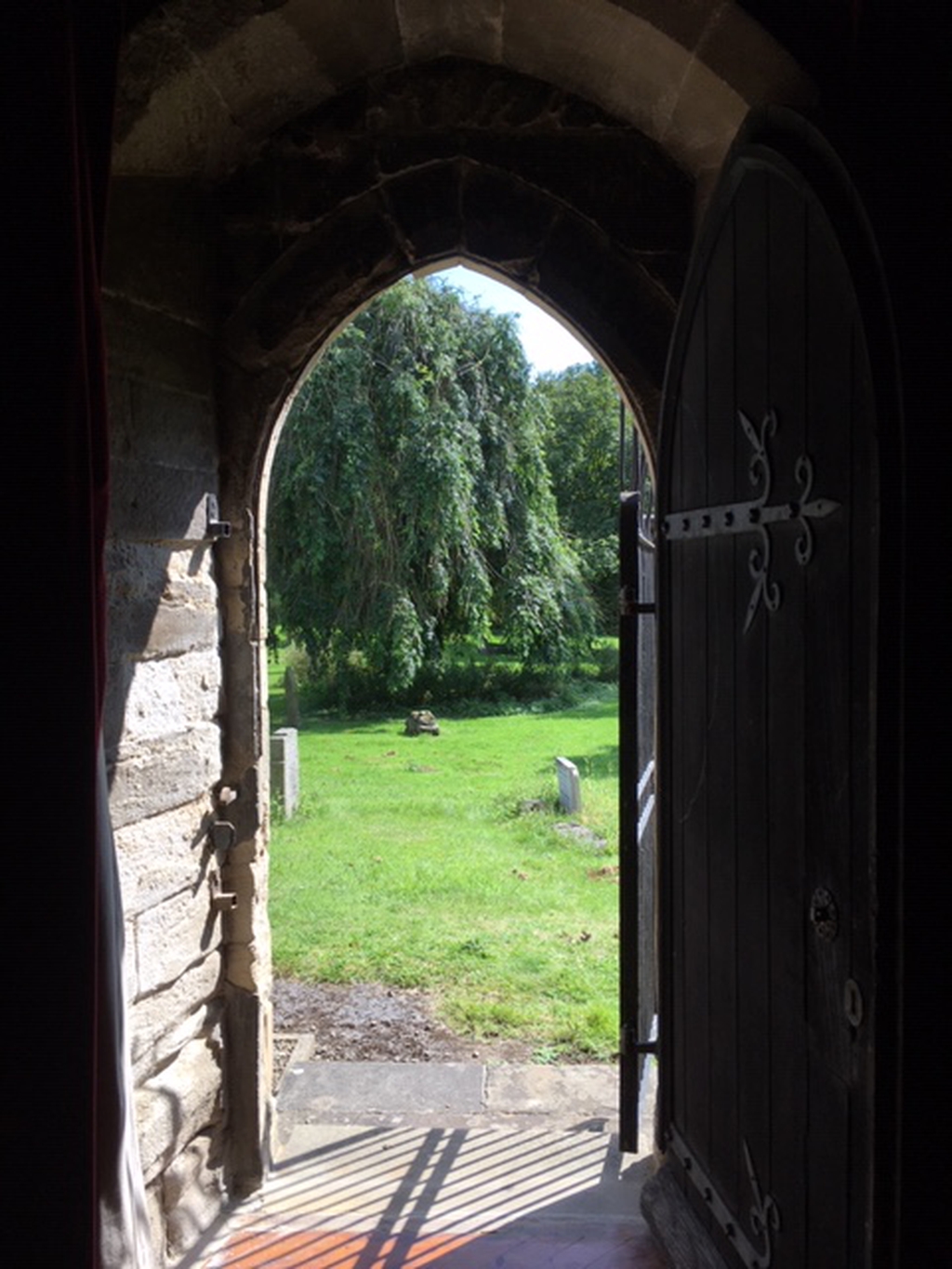 burial ground, which contains war graves as well as the tomb of William Lloyd Wharton founder of

and grey slates, and with a large south facing roof .

At its entrance there is a Lych Gate ,unveiled in 1921 as a First World War memorial.

The church is a welcoming, friendly place of worship and its interior

Reveals some magnificent stained glass windows. The attached community room on the North side

is a social space,used by both community and church members.