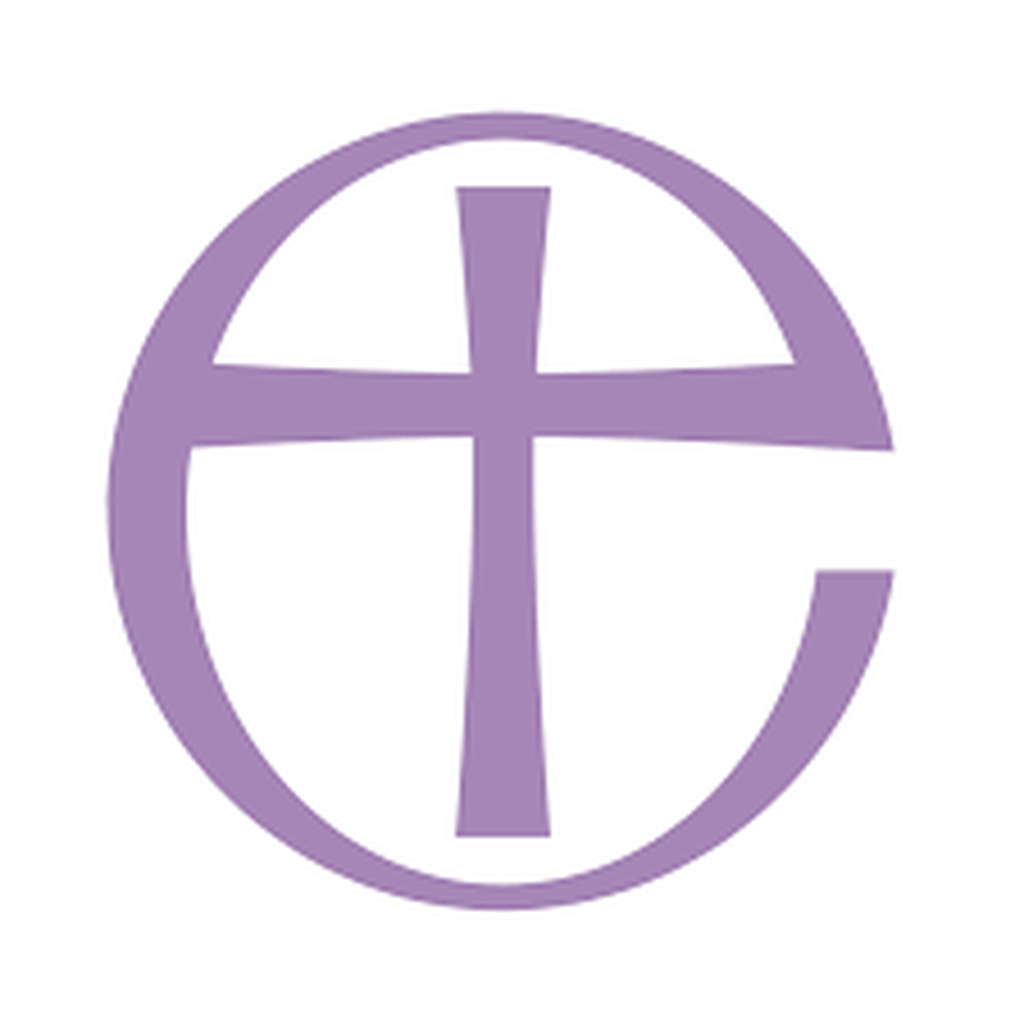 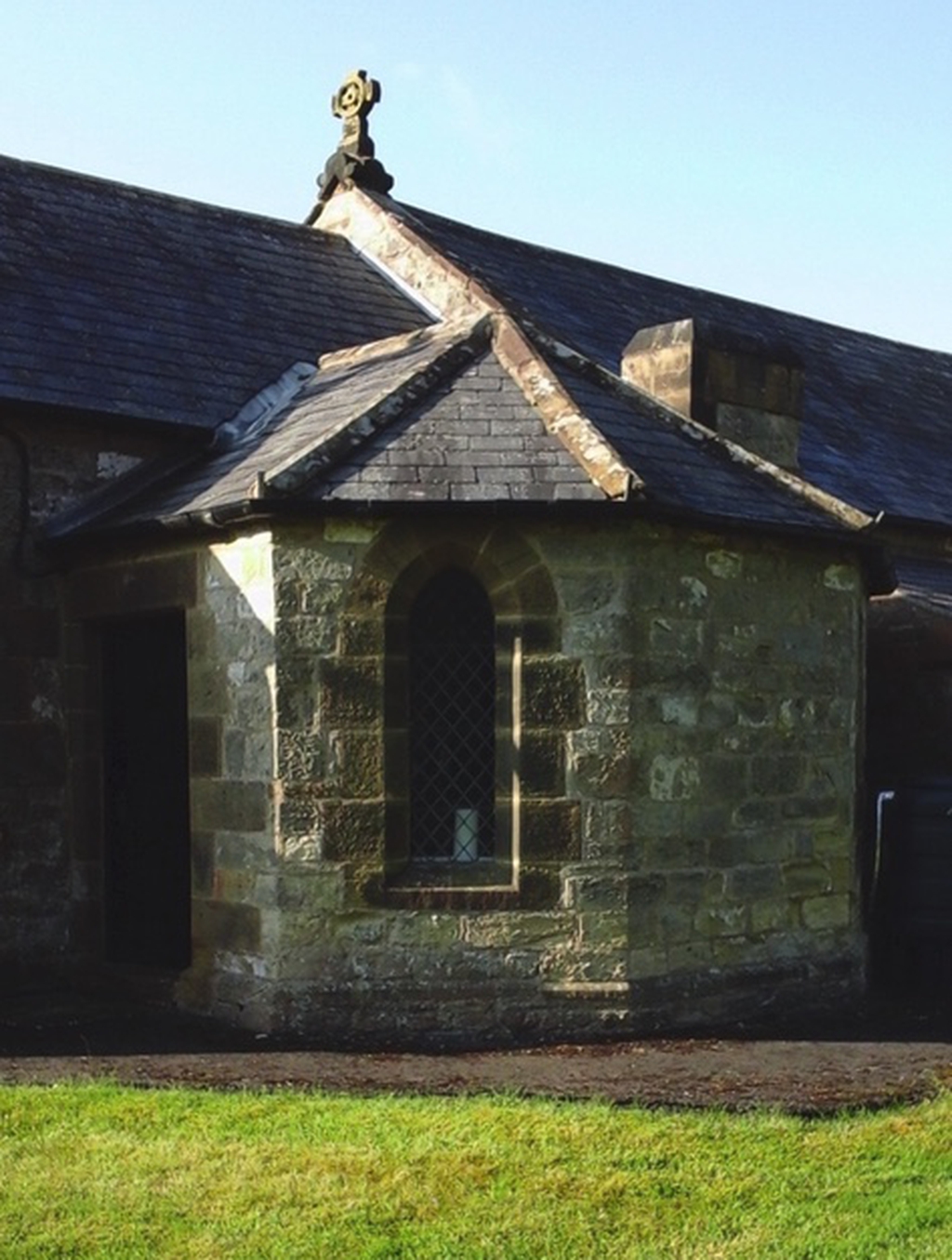 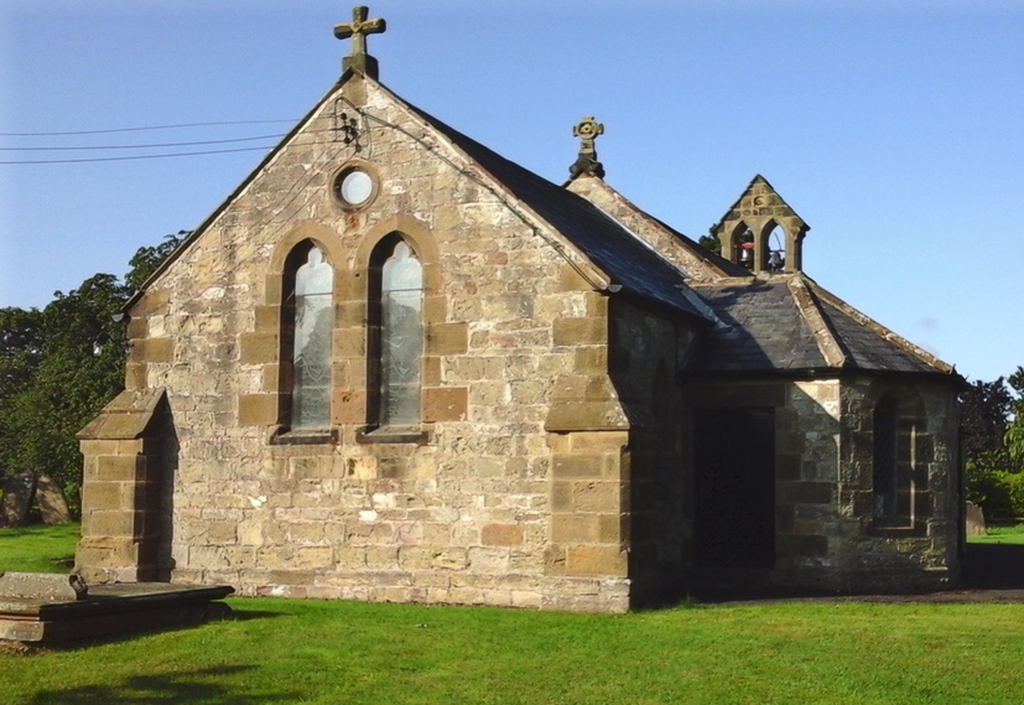 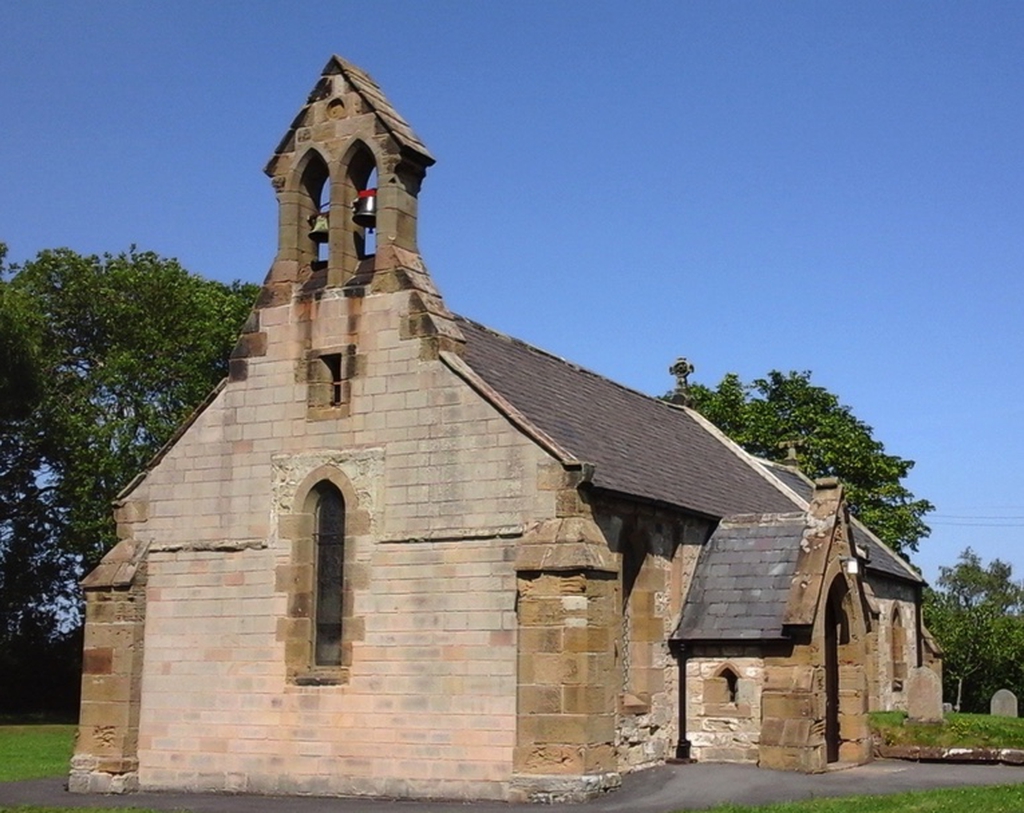 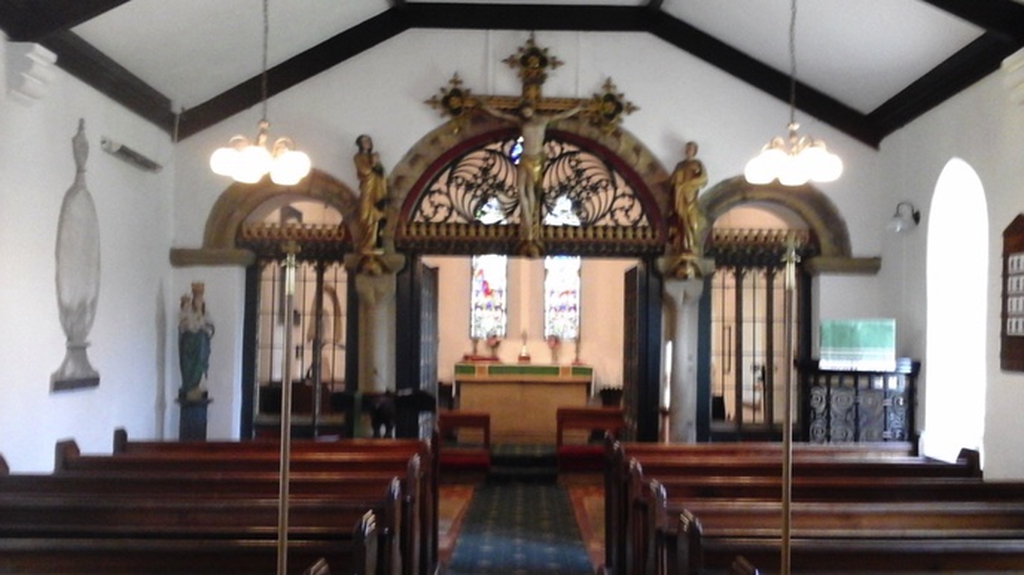 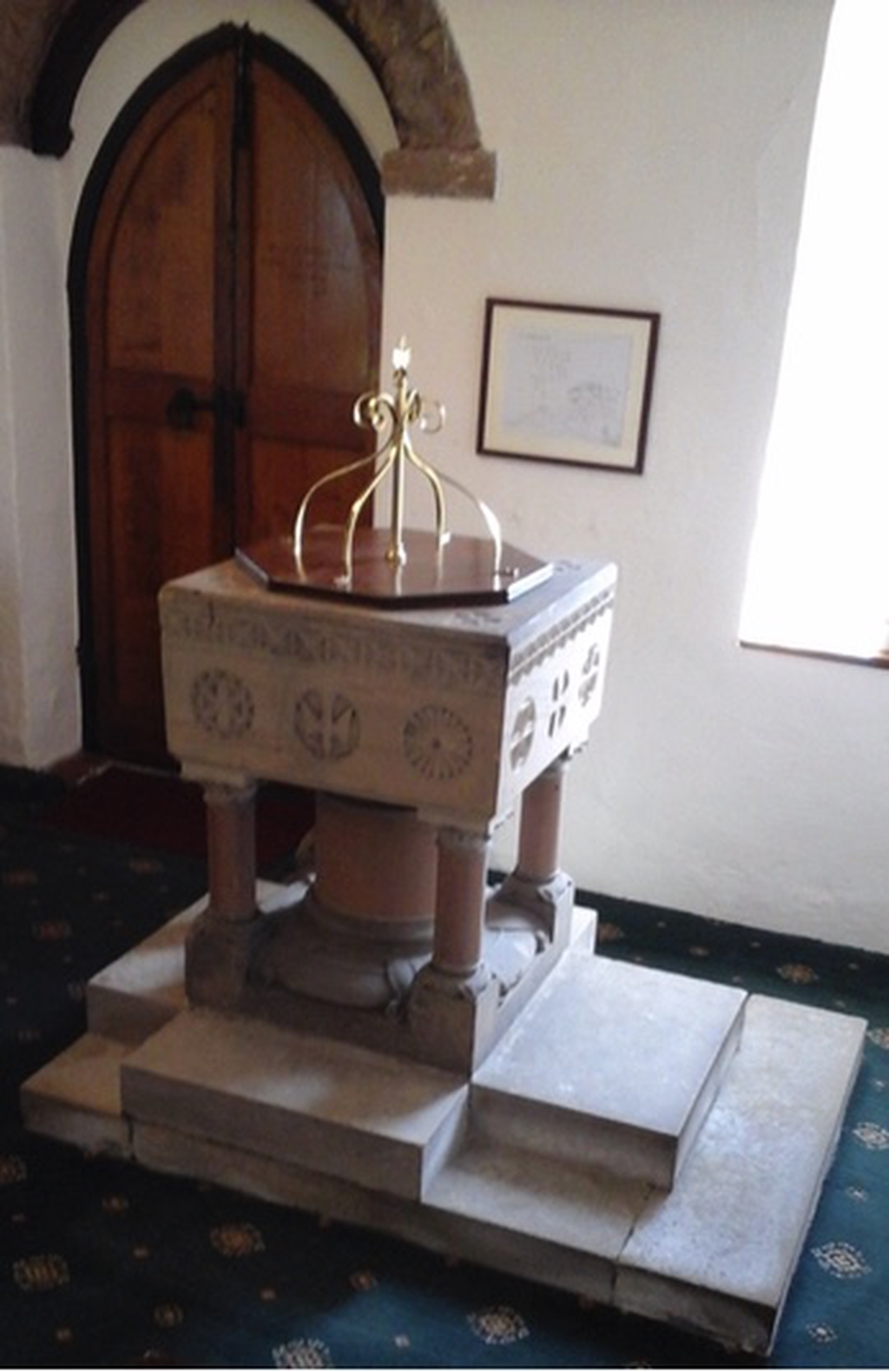 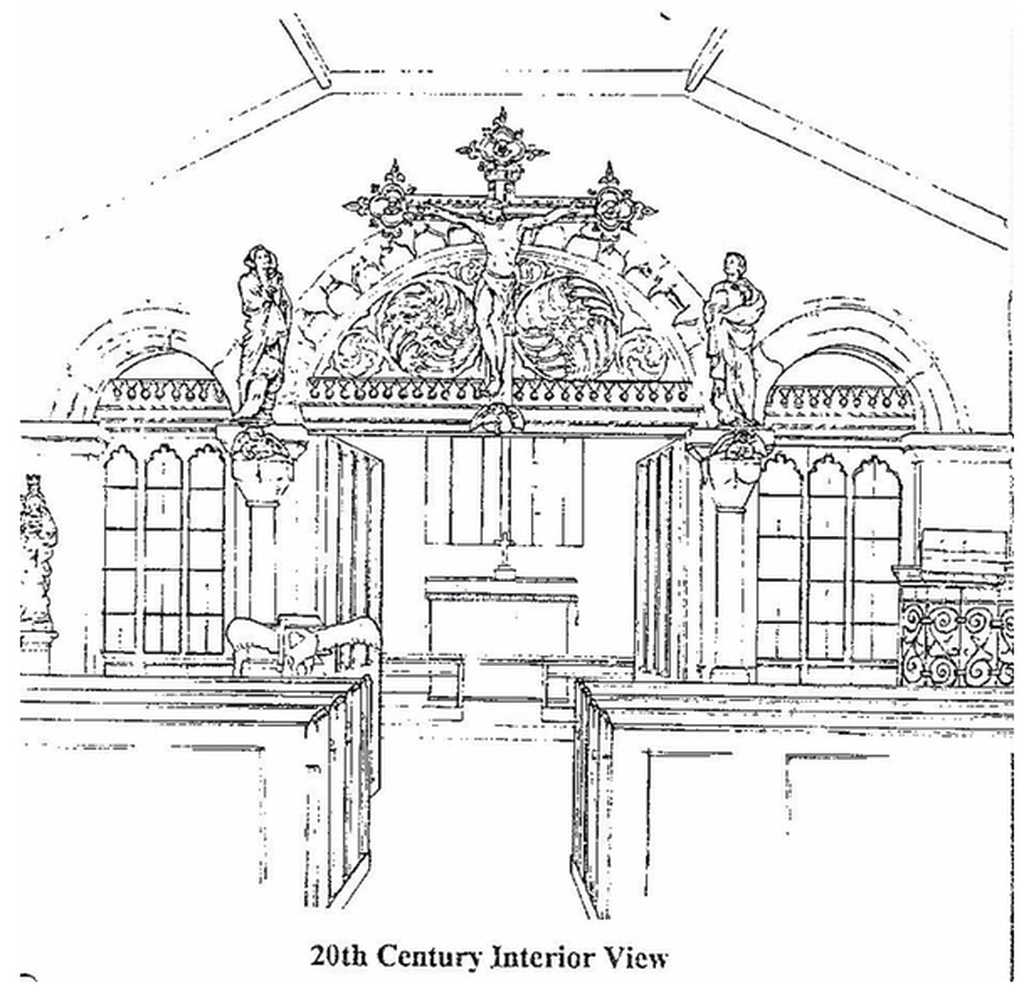 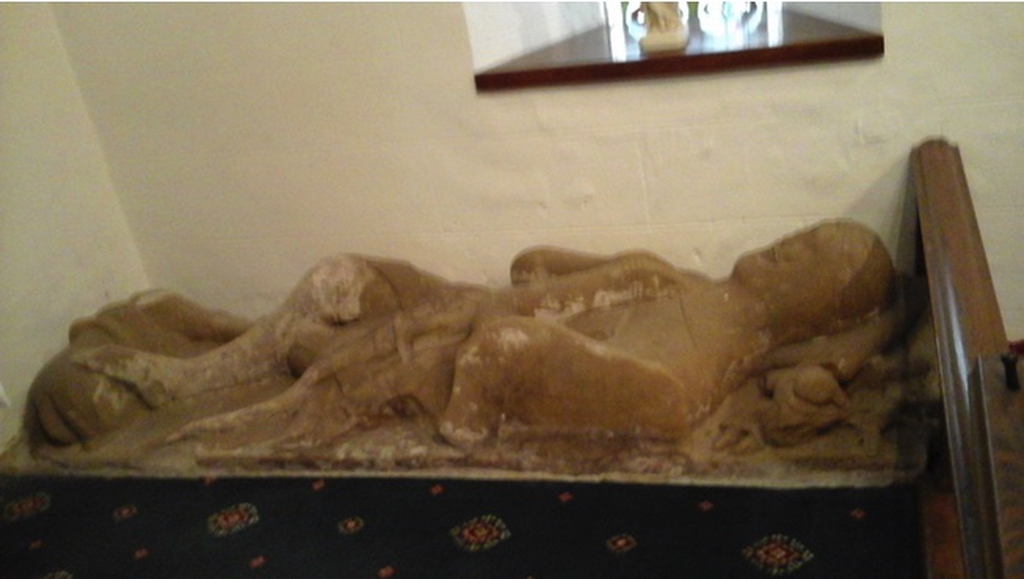 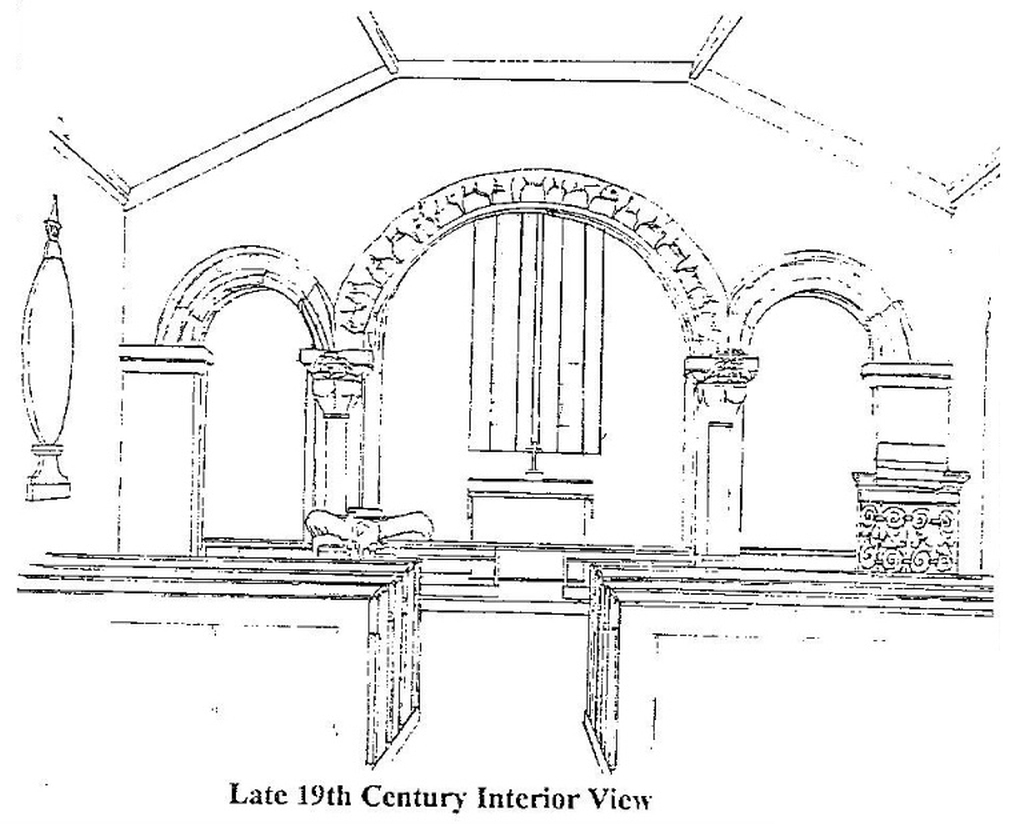 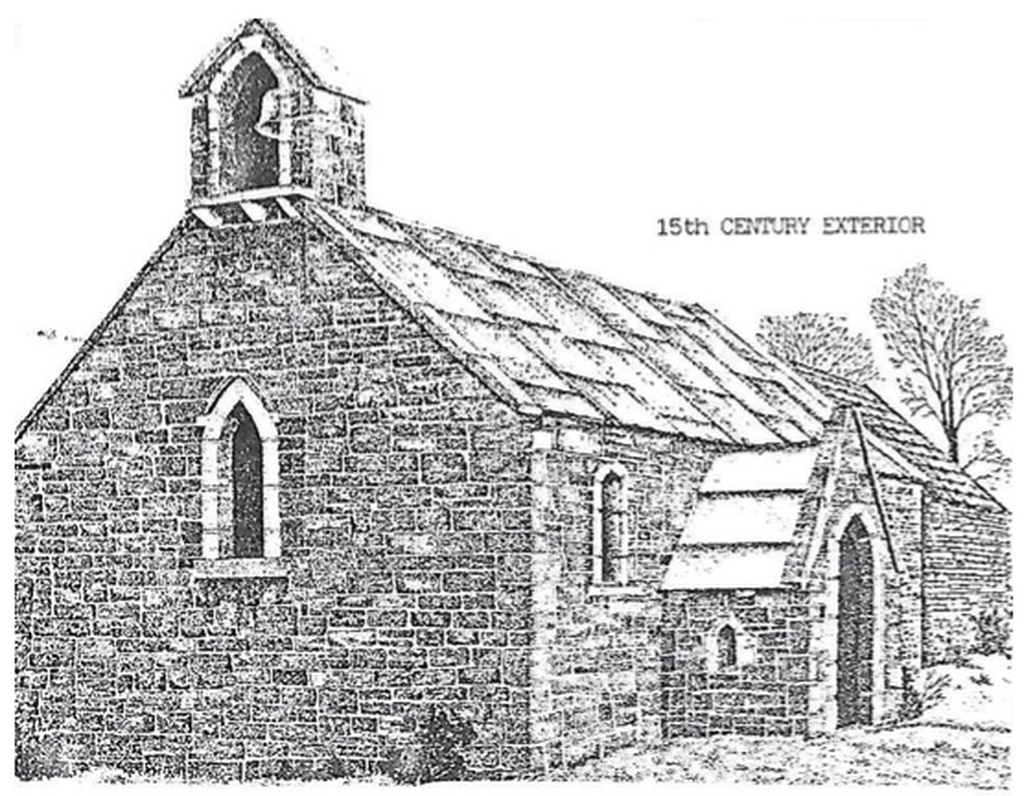 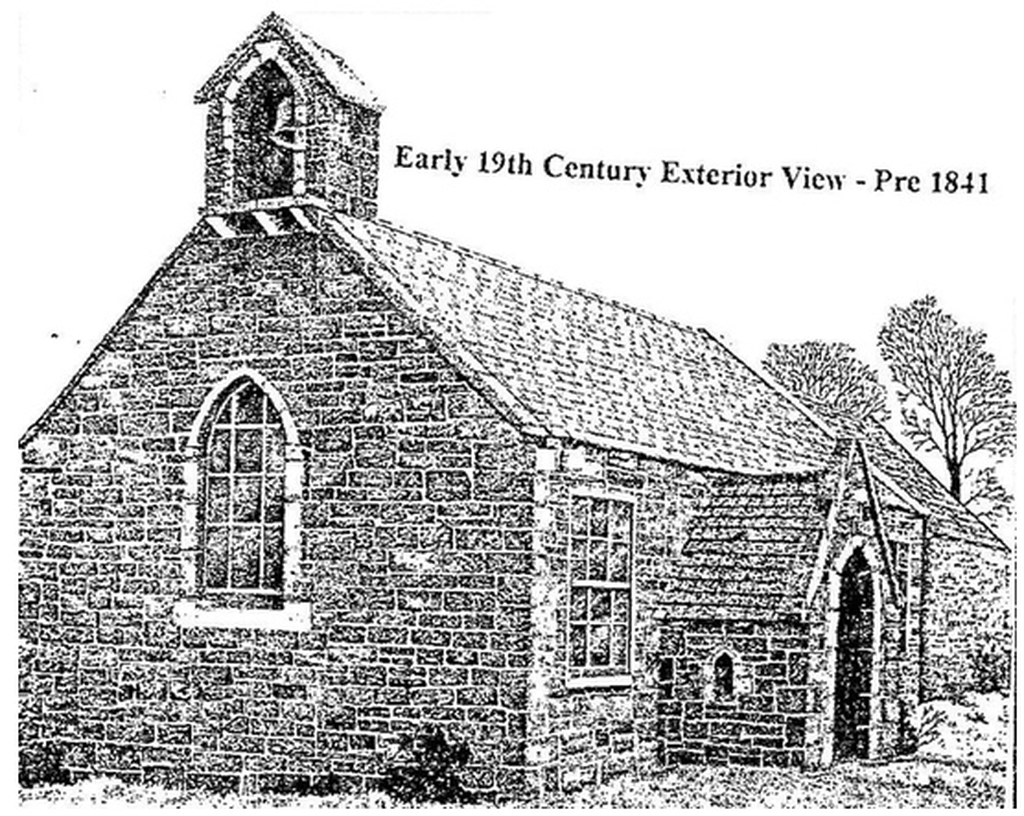 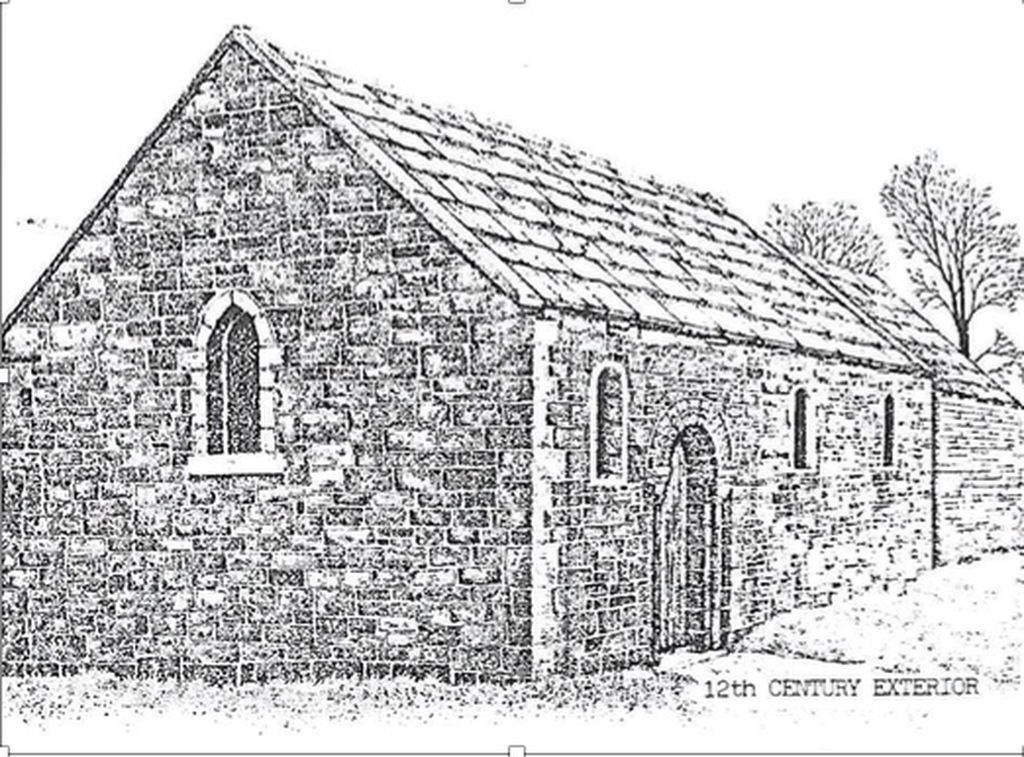 There has never been any evidence found, either archaeological or written, as to whether there may have been pre-Conquest (Anglo-Saxon) Church or not in Elton. In the early part of the 12th Century there was a fortified Manor House at Coatham Stob, which was owned by the Gower family. It is possible that the Gower family built the original Church in the Hamlet of Elton, at a time when the population was so sparse; that they considered it to be their private chapel, or it may have been a chapelry of Norton. However, by the end of the 12th century, it was a Rectory in its own right, in the Catholic Anglican tradition.

Elton Church appears to have been built in that period of the 12th century when Anglo-Saxon Churches were being replaced by Norman Church Buildings alongside new Churches, in order to establish Norman Culture in England. The Church would have consisted of a Nave and a small Chancel. The floor would have been of pressed clay or cobbles covered with straw or rushes and no seating. The roof would have been covered with either stone slabs or thatch.

Little information is available regarding changes to St. John’s during the period 1300–1700. However, by the end of the 17th Century, a slate roof seems to have been fitted to the chancel, but it is not known if slates were fitted to the rest of the Church roof. Whether this slate was direct from the original thatch or stone slab is not recorded. It is possible that Elton had a lead roof (following the custom of most medieval churches) and the problems with the weight of this could have dictated its replacement by slate.

Many Churches in the area had their chancels enlarged during the 13th century, but St. John’s does not seem to have been modified in this way. No evidence has been found of the existence of a Chantry at Elton church.

It is thought that the internal decoration would have followed the usual practice of the 13th century and the walls would have been covered by rudimentary paintings. A porch on the south door and a bellcote were added during the medieval period.

Following the death of Robert Gower the Younger in 1315, an effigy of a knight was placed in the Church situated against the North wall at the West end of the Church. The knight is thought to depict Robert Gower, dressed in full armour, with his head resting on a pillow and his feet on a lion. The crossed legs usually denote the person has been to the Crusades.

During the 14th and 15th centuries when Church decoration reached its height of colour and complexity, the main wall painting, the “Doom”, would have been illustrated over the chancel arch. A “Rood” of Christ crucified, flanked by statues of Mary and John, would have appeared in the top of the chancel arch.

During the Reformation, which followed Henry VIII’s break with Rome in 1533/34, all “Papist Trappings” would have been removed. Wall paintings would have been whitewashed over, the Rood and religious effigies removed and a simple wooden table would have replaced the stone altar.

During the latter part of the 17th century many Churches had fixed seating installed. The Nave of the Church being pre - reformation, was also used as the community and social centre and the bringing in of used farming equipment for safe storage in rural areas. The fitting of pews precluded these and other community activities and the Church suffered as a result.

Between 1709 and 1714, St. John’s underwent a major restoration, financed partly by subscription, but mainly at the expense of the Rector Timothy Mawman, who was the main driving force behind the changes. A memoranda in Elton Church Register gives a detailed account of the alterations.

The restoration and refurbishment was quite extensive, as can be seen in the Church register. In 1711 the Chancel was flagged and pews added. A year later in 1712 the Nave was flagged and new high-backed pews were added, with the work being finally completed in 1715.

The exterior of the Church remained basically unchanged. The slate roof was pointed and a new window was inserted into the south wall of the Nave, which would have increased the natural light into the Church.

St. John’s Church, no doubt, benefited from this refurbishment, which was completed in 1715, and although serving only a small community would have been a well thought out and tranquil place of worship.

Surtees reports in 1823 that the “old narrow lights are mostly replaced by modern sashes”. This substitution of the lancet windows must have been carried out towards the end of the 18th or beginning of the 19th centuries, in common with many other Churches.

St. John’s Church was virtually rebuilt by the Rector Albany Wade in “the third year of his incumbency”, 1841 (Victorian Era) and only a small number of fragments of the medieval building remain, however, these have been sufficient to piece together the early story of the Church building. No faculty (permission from the Bishop) was raised, so details of the architect or the builder involved never found.

The walls of the new building followed the lines of the old. The Nave had three lancet windows in the south wall, and two in the north wall and one in the west wall. The Norman doorway was reversed, the chevron decoration now appearing on the interior of the door arch instead of outside. A new porch was built and a new bellcote fitted onto the west end of the Nave roof and a cross erected over the chancel gable.

A vestry was built on to the north side of the chancel. The doorway from the chancel to the vestry was also reversed, now showing the Norman chevron decoration on the chancel side.

The chancel arches are a bit of a mystery. Archdeacon Thorpe’s floor plan of 1825 indicates a single wide sprung low semicircular arch in the old Church, and Surtees refers to a circular arch in 1823 but makes no reference to any ornamentation on the arch.

The arch in the new church is comprised of three semicircular arches. The largest arch in the centre has prominent beak-head ornamentation and rests on rectangular piers with moulded bases and cushion capitals. The smaller openings have plain moulded arches. All would appear to be of 12th century origin but obtained from different sources. The arch complex appears to have been created in the 19th century from 12th century pieces from other churches.

The stone effigy purported to that of Robert Gower was relocated in the sanctuary.

In 1907 an outstanding wooden screen and Rood was installed, designed by Sir Ninian Comper and painted by Miss Elizabeth Gulland. The centre arch has two gates each of three compartments. The top parts are open and filled with iron grilles. The lower panels are closed and decorated with paintings of Saints Matthew, Andrew, Peter, Paul, James and James the less. Similar sections fill the side arches. This work was commissioned by Mary Scott in memory of her sister Eleanor. Sir Ninian Comper also designed the canopy above St. Cuthbert’s tomb in Durham Cathedral.

Above the screen is the Rood of Christ crucifixion with the Virgin Mary and St. John on either side. The central arch is filled with elaborate iron tracery.

The screen and Rood were repainted in 1985 in their original colours.

On a pedestal to the left of the screen is a statue of the Blessed Virgin Mary holding the Christ child, this statue is considered to have been designed by N. Comper who designed the screen, as it is very similar to other images of the Virgin Mary completed by him. It was placed in the Church in 1919 as a thanksgiving for peace.

In February 1936 the Church was inspected by the Diocesan Architect who recommended immediate repairs to the Church Porch, which was re-built with the work being completed by the end of July 1936.

St. John’s church continues to serve the community as it has done for over 900 years. The modest exterior hides a totally unexpected interior which makes it a fine example of our Christian inheritance.