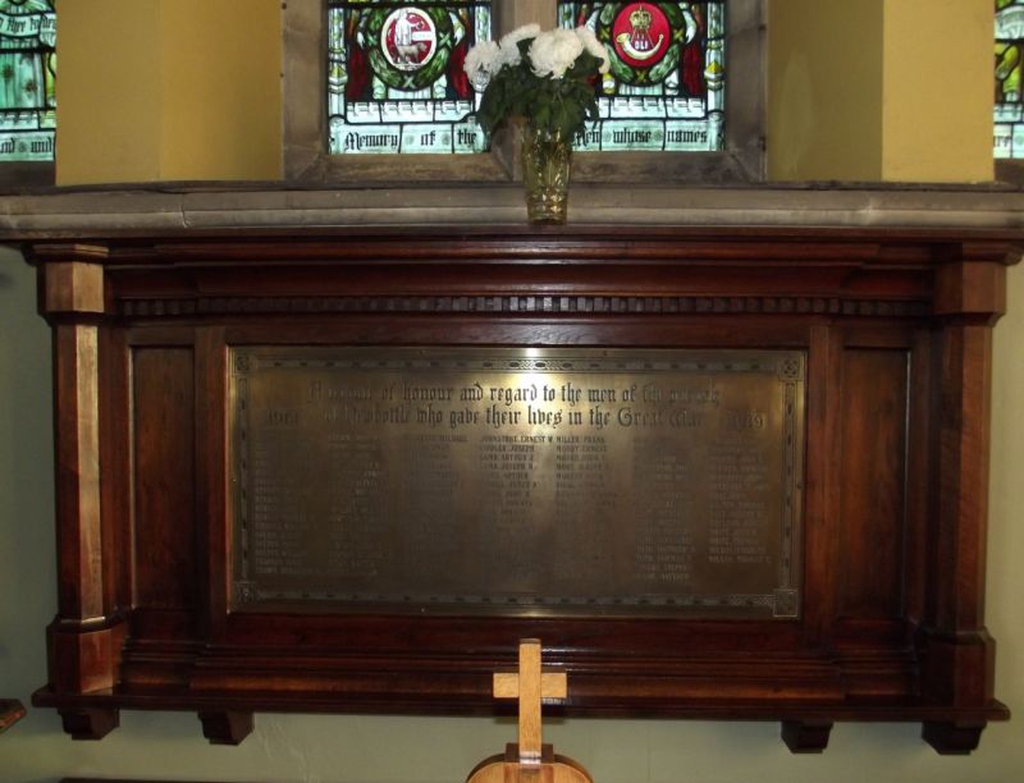 St Matthew’s Church stands proudly at the head of Front Street. A grade II Listed Building, it is set within attractive grounds and on the edge of the wider rolling rural landscape. Originally built in 1850 as Newbottle Chapel to serve the village itself, Philadelphia, Bunker Hill, Junction Row and Sedgeletch, the Chapel became a parish church in 1865. The Earl of Durham gave generously towards the construction of St Matthew’s and towards the later rebuilding of it in 1885-6. The Church as it stands today almost entirely dates from this later date. The architects of the second church were Oliver and Leeson of Newcastle. Built in the Early English style that was popular for churches of this period, it is constructed from rockfaced sandstone with a Welsh slate roof and features two stained glass windows in the north transept from the original church.