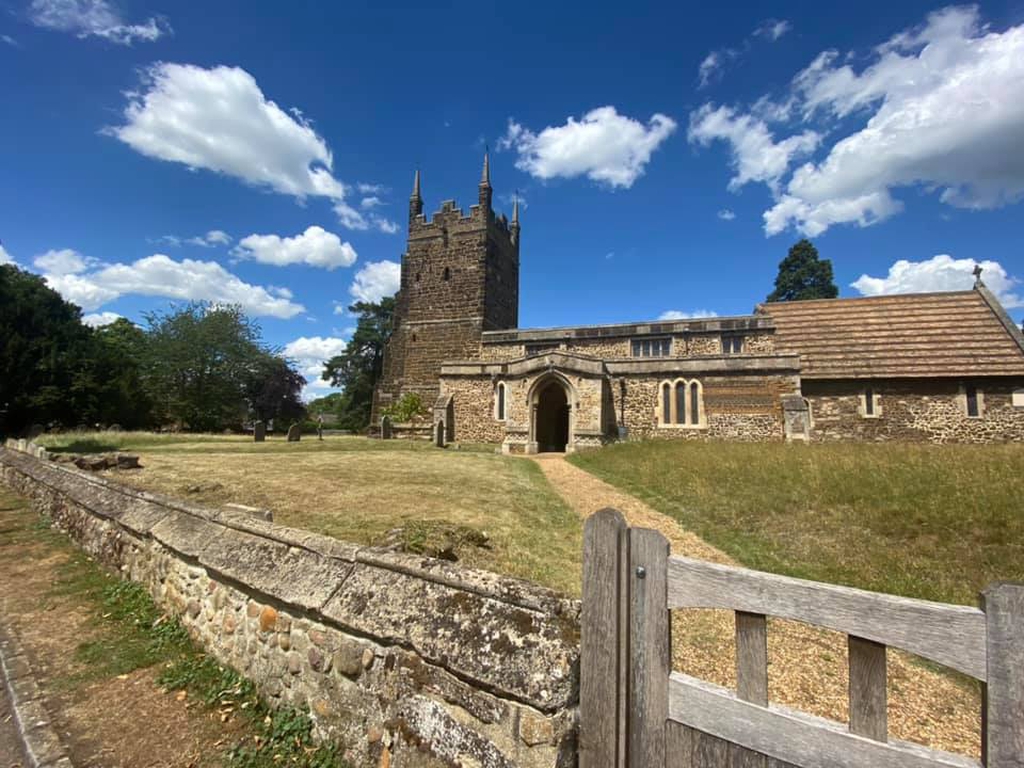 St Mary's Everton has been a place of prayer and praise to God for many centuries. The earliest mention of a church in Everton is to be found in Domesday Book (1086), where reference is made to both church and priest. About the year 1140, the Earl of Pembroke (Gilbert de Clare) granted the Church of Everton to the Benedictine Prior and Convent of St. Neots, who appointed the Vicars of Everton until the dissolution of the monasteries (around 1536).

Since 1544 the right of presentation to the living has been in the hands of the Master and Council of Clare College, Cambridge. A copy of the Charter sealed by King Henry VIII granting Everton Church to Clare College can be seen on the north wall. In 1999, Everton was joined with the Parishes of Gamlingay and Hatley, and the Rector now lives in Gamlingay.

Everton Church is essentially a late Norman building with a tower of local ironstone and the rest built of brown cobbles. The building has undergone much repair and alteration over the years to accomodate the needs of its parishioners, and the fashions of the day.

John Berridge (1716-1793) was made Vicar of Everton in 1755. He was famed for his preaching, often delivering 12 open air sermons per week attended by hundreds of people. He was commended by John Wesley for his oratory, and is buried in Everton churchyard.