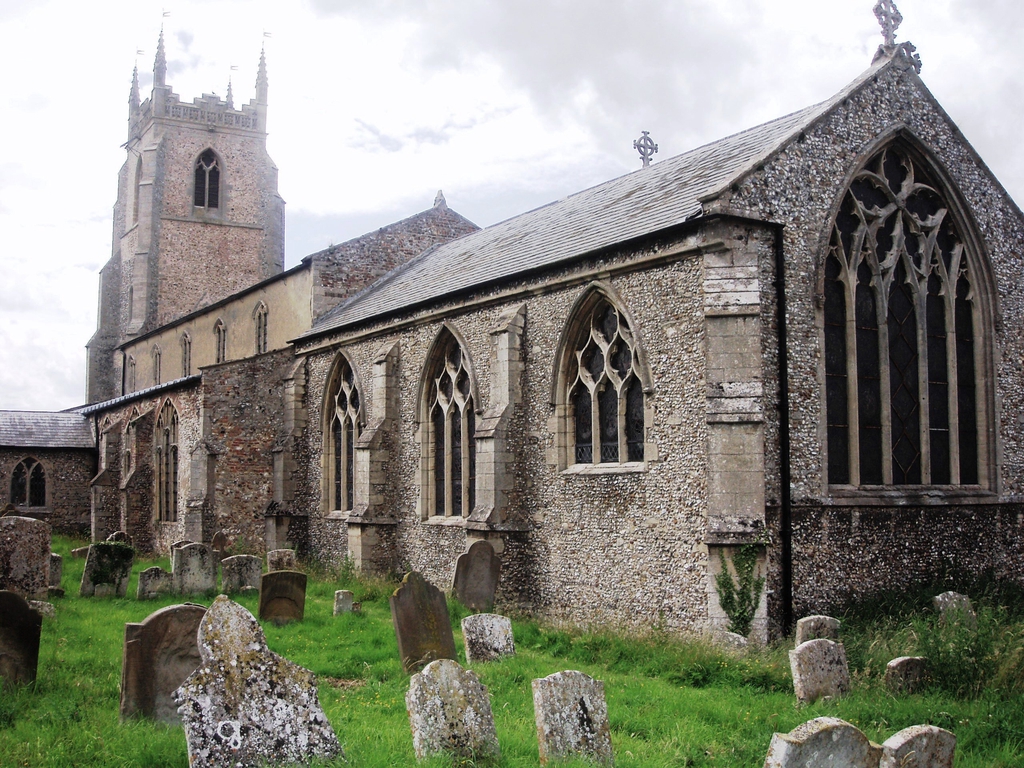 We are part of the Grimshoe Benefice, the churches of St. Mary's, Feltwell, St. James', Hockwold, St. Andrew's, Northwold,  and St. Mary's, Weeting.

Worship: Services are taken from the Church of England's Common Worship.   The Eucharistic prayer is usually said, rather than sung. Churchmanship is central to modern catholic with the Priests wearing Eucharistic vestments. The congregation, though small, shares warm and supportive fellowship and there is tea and coffee after the services to give people an opportunity to chat and catch up.

Bells: There is a peal of four bells, which are chimed when manpower allows and can be requested for special events such as weddings or funerals. The tower is not strong enough to support the movement of bells hung for traditional British change ringing, thus the bells may only be chimed in the fashion found across mainland Europe.

History: St Mary's is a large church dating from the 13th Century, with an area to the right of the south door thought to be of Norman origin. It was one of the original Norfolk narrow churches until the addition of the north aisle in 1862. There are original Tudor pews of some renown, six of the seven Corporal Acts of Mercy are featured on the carved pew ends, the seventh being destroyed during the commonwealth. The Victorian stained glass windows are also of great interest: made by Dideron and Ouidenot of Paris. They were installed in the 19th Century and exhibited at the Paris Exhibition in 1851.

Churchyards: St Mary’s Churchyard is full for burials. The Churchyard at the redundant Church of St Nicholas’ is still open for burials and therefore St Mary’s PCC has the maintenance of two churchyards to organise and fund.

St Nicholas’ Church: St Nicholas is a ‘round tower’ church [minus the tower which collapsed in the 19th Century], now redundant on the edge of the village. It is maintained by the Churches Conservation Trust. The Feltwell Archaeological and Historical Society organize an annual carol service in St Nicholas each Christmas which is very popular always well supported by the village. Occasionally concerts and Song of Praise services are held in St Nicholas.

St Nicholas' Church is located near the closed The Chequers pub, just off of Hill Street as you head out of the village towards Methwold Hythe.