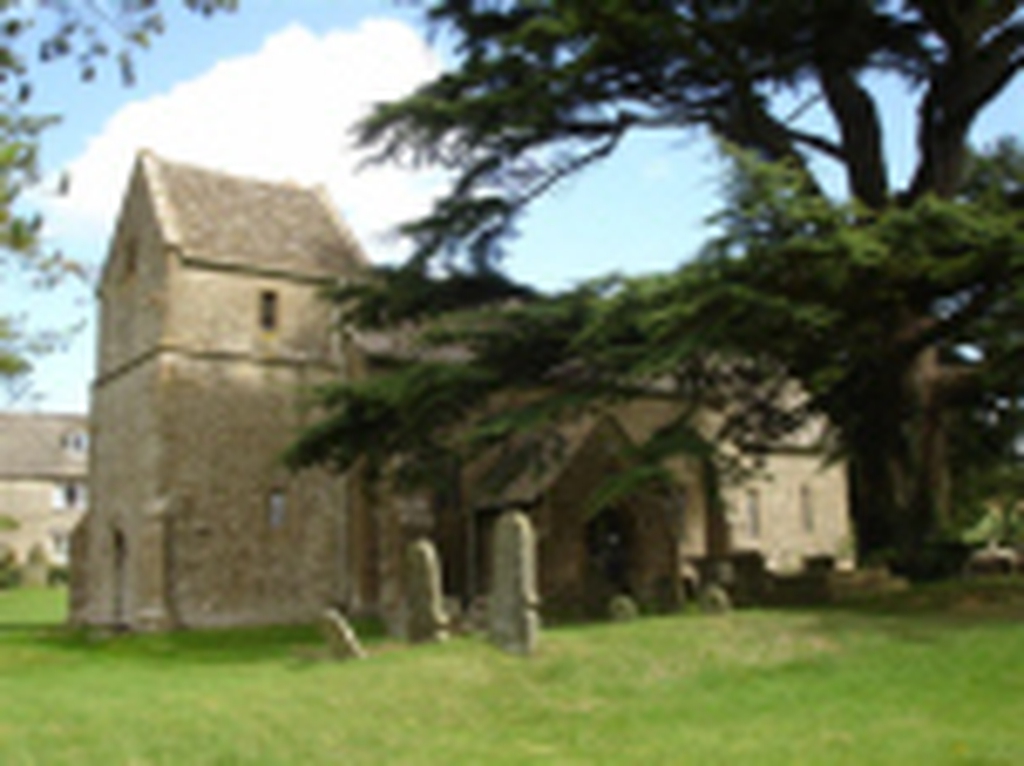 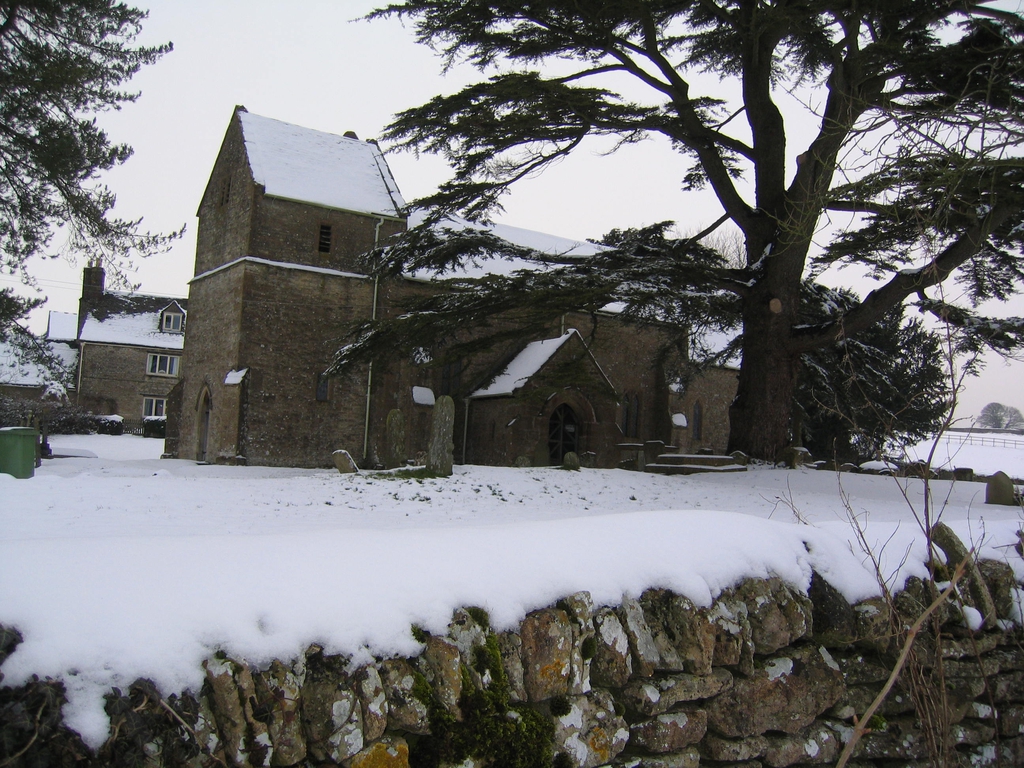 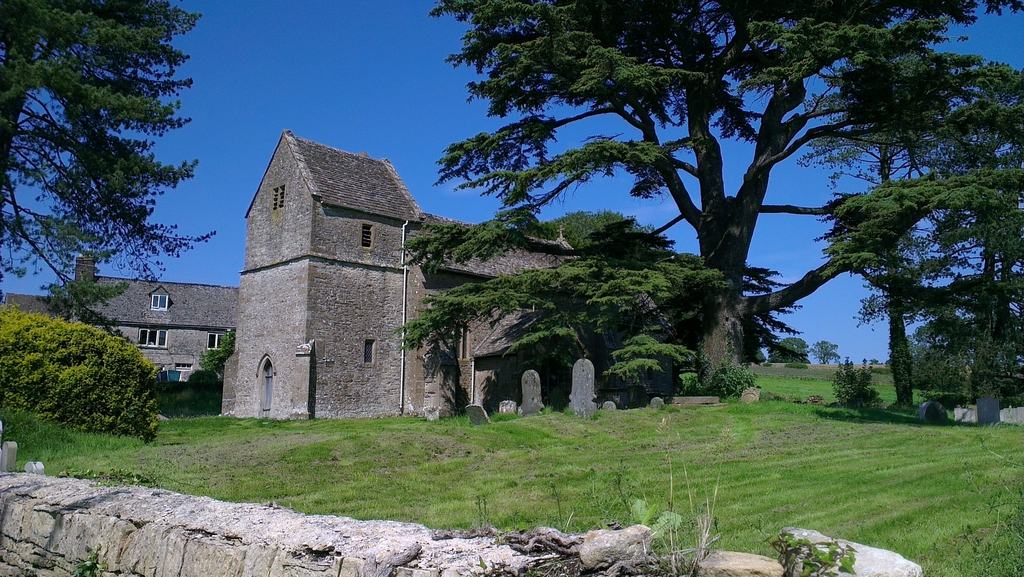 As are most churches in the Gloucester Diocese, St Bartholomew's is always open.  Have a look at the service days and times - you'll be made most welcome to join us.

The church of Saint Bartholomew is situated at the end of a long lane, not suitable for coaches, away from the main village, in a very peaceful location.  The church is signposted at the cross roads in the middle of the village.  Go down Back Lane, and bear left onto Croft Lane.  The church will be easily seen near the end of the lane, adjoining fields.

Originally there was a mill and other dwellings in the vicinity, but it is thought that the main village moved to higher ground as a precaution against the "Great" plague in the mid 1660s.

The church is of Saxon/Norman origin and was most probably built within a few years of 1100 AD. It is a simple single cell building and is one of five churches on the Cotswolds which have no east window. The simplicity of the building gives it a charm of its own and it has a very prayerful atmosphere.

By the mid 19th century the church had fallen into disrepair and in 1876 it was restored by Waller of Gloucester. Unfortunately at this time all the plaster was removed and the interior was ribbon-pointed. However at recent quinquennial survey the architect discovered small traces of a wall painting high above the chancel arch almost at roof level. During the Victorian restoration all the memorials were removed and many of them disappeared. Several were banished to the base of the tower and about 50 years ago the fine memorial to John Haviland (1589-1638), printer, now on the west wall of the nave, was brought back into the church. Among those remaining in the tower is one to John Longdon who was rector of Winstone for 68 years in the 18th/19th centuries. His grave is in the churchyard at the east end on the church.

During the 1950’s and 60’s the church was once again restored and the organ, an 18th century chamber organ, given to the church about 1920 by the then Rector of Duntisbourne Abbots, was moved to the west end of the nave. Central heating was installed in 1972 and the church can truly be said to be warm for services.

The small stained glass window in the nave depicting St Bartholomew is Victorian and The Sower in the chancel was one of the last executed by Edward Payne, the well-known Gloucestershire stained glass artist.

The tower has a ring of six bells, the 4th being cast by John of Gloucester circa 1320 and the tenor at the Worcester foundry circa 1420. The other four came from the church of St John , Northgate, Gloucester in 1989 and were cast at the famous Rudhall foundry in 1776.

The church is always open and motorists and walkers alike find it to be an inviting place to rest for a while.