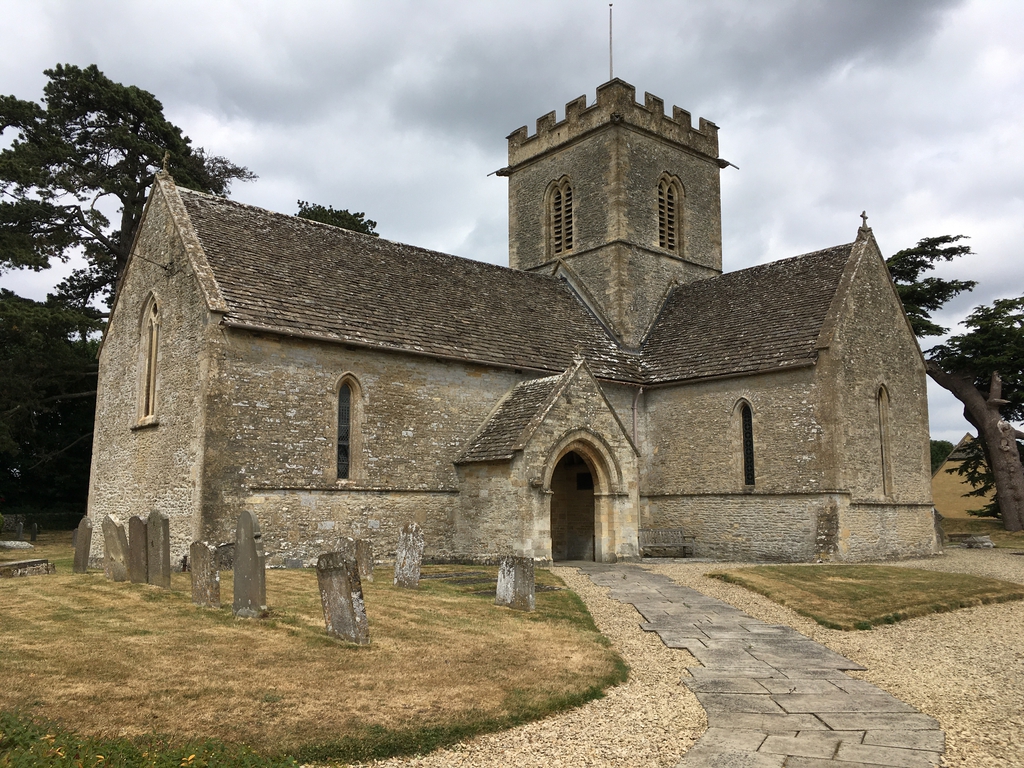 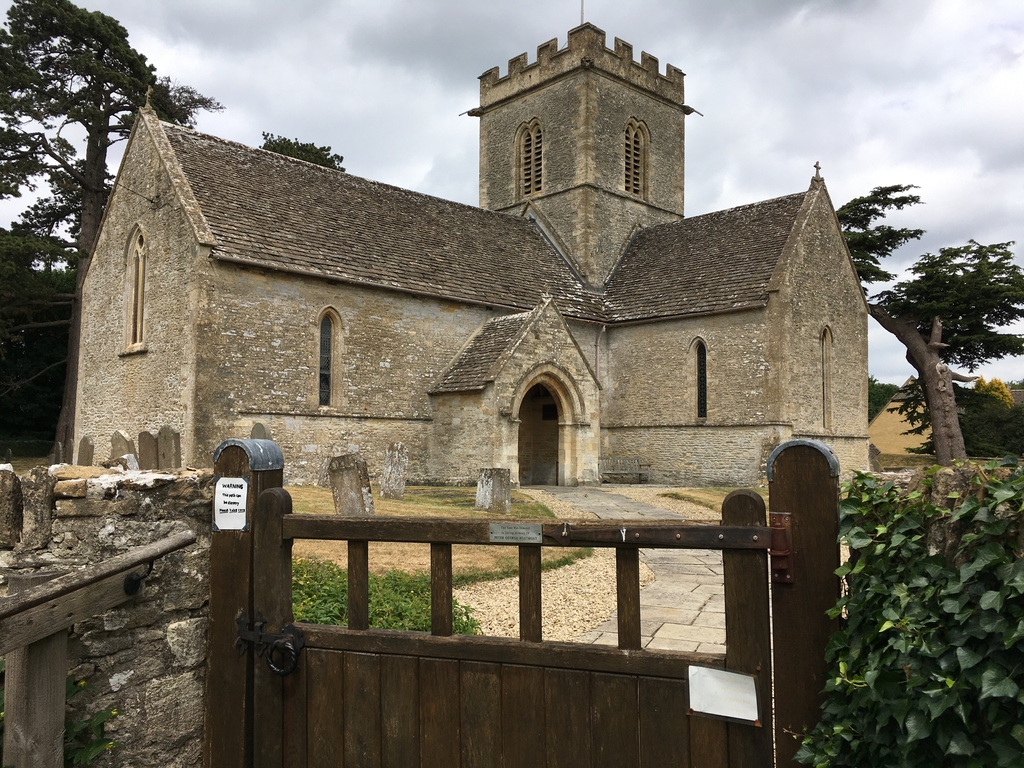 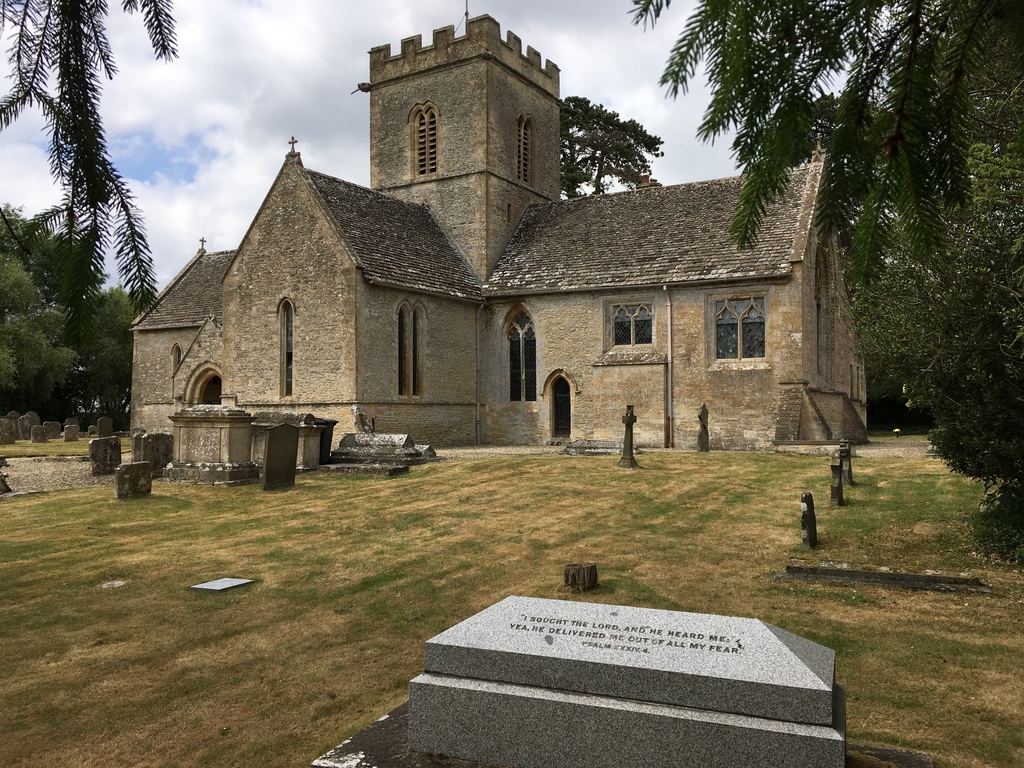 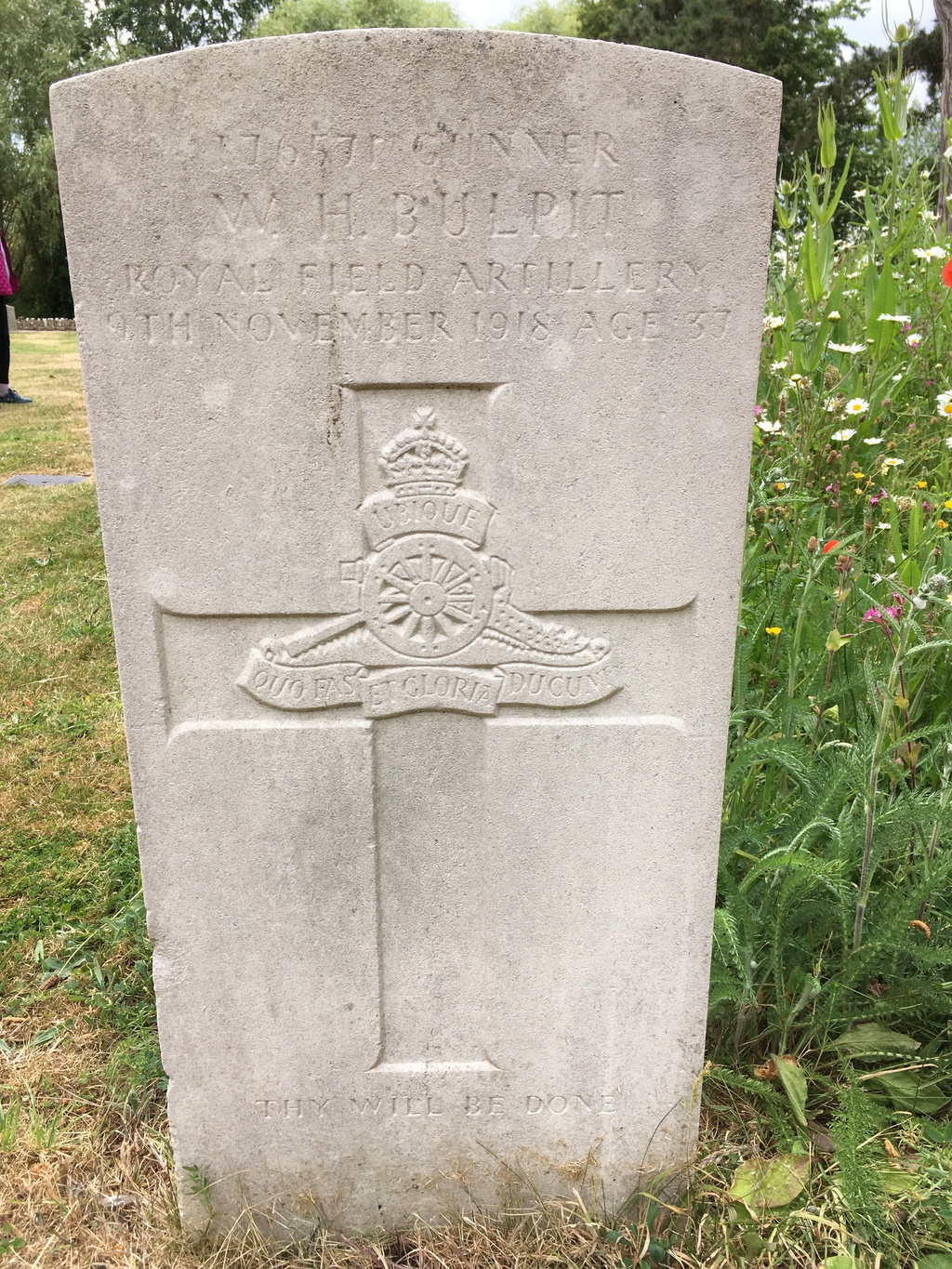 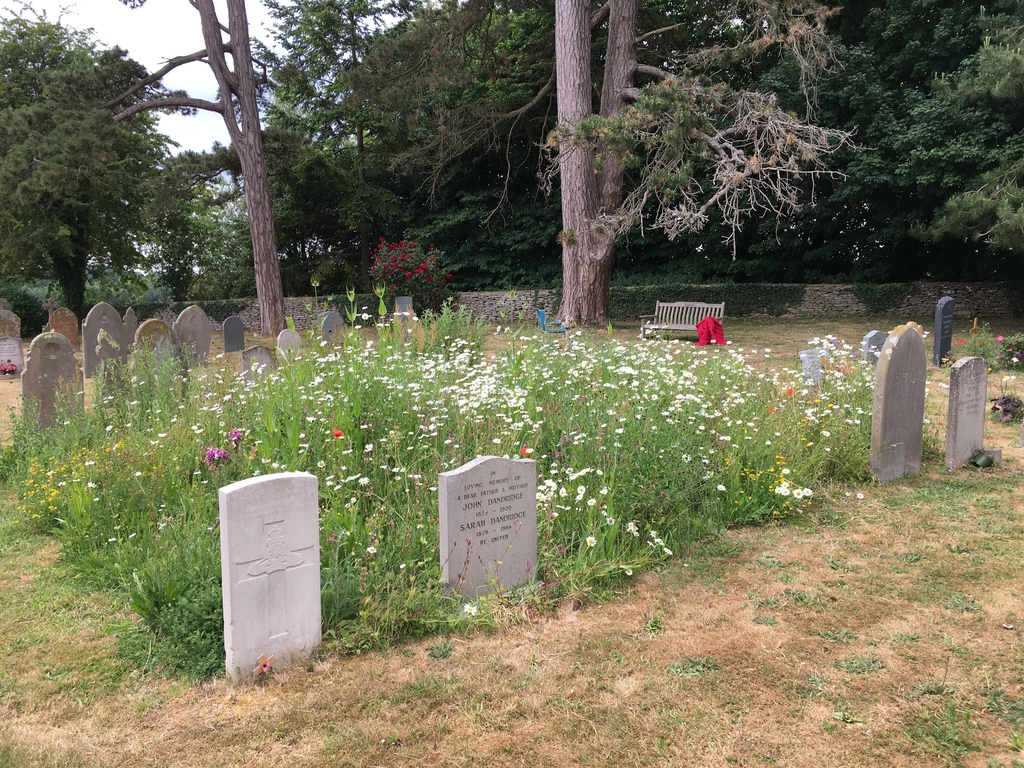 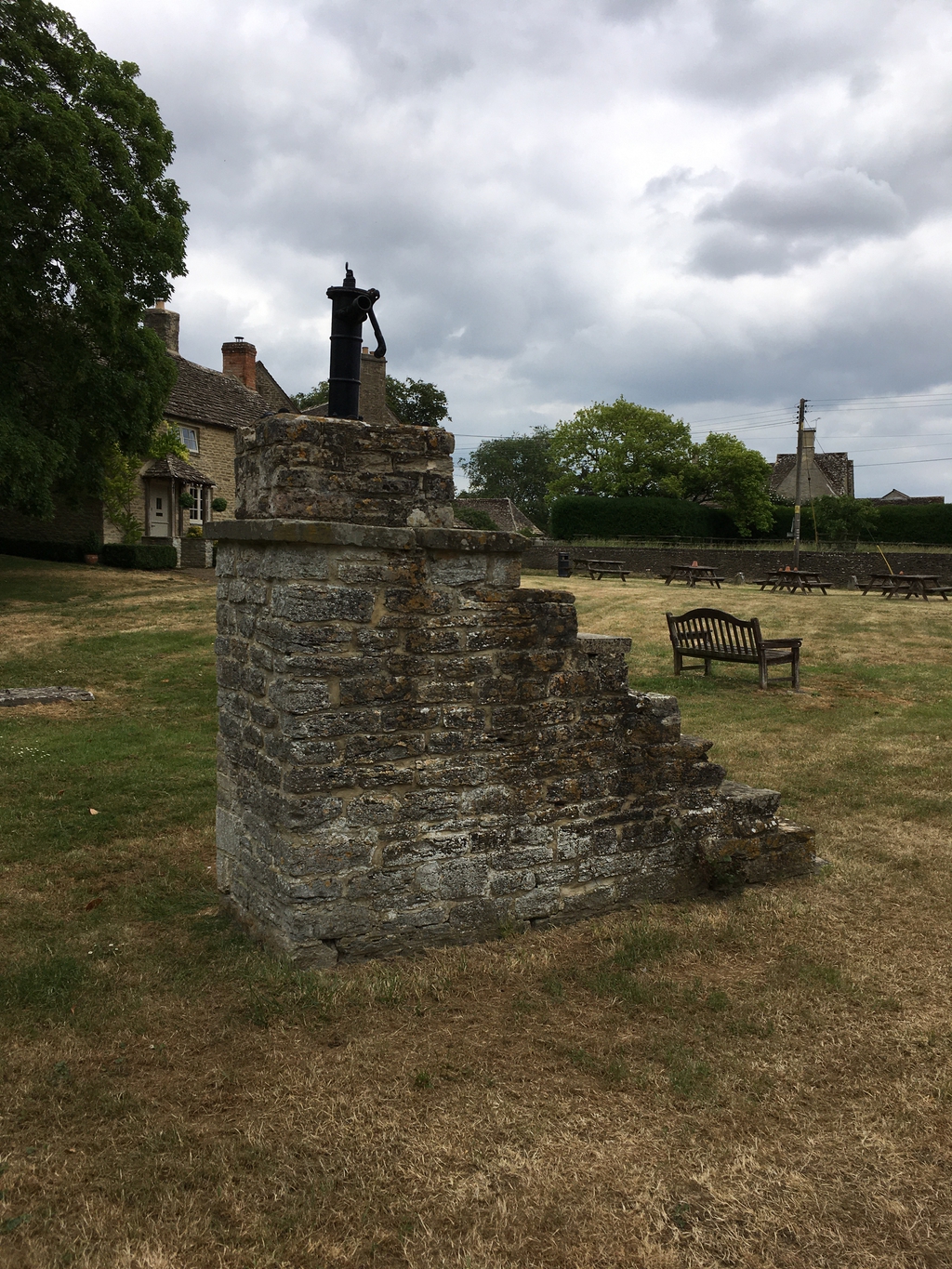 St Mary's was dedicated in 1269 and following later additions is cruciform in plan with a central tower housing a ring of six bells.  Fragments of mediaeval glass, believed to have been lost, were rediscovered recently, restored, and reinstalled in the chancel in 2008.  This is believed to be the oldest stained glass in any Gloucestershire parish church.   There is fine 14th century stonework of the decorated period in the chancel, and the south transept houses an early 17th century stone monument, richly painted and with life size effigies, dedicated to James Vaulx, doctor of medicine.