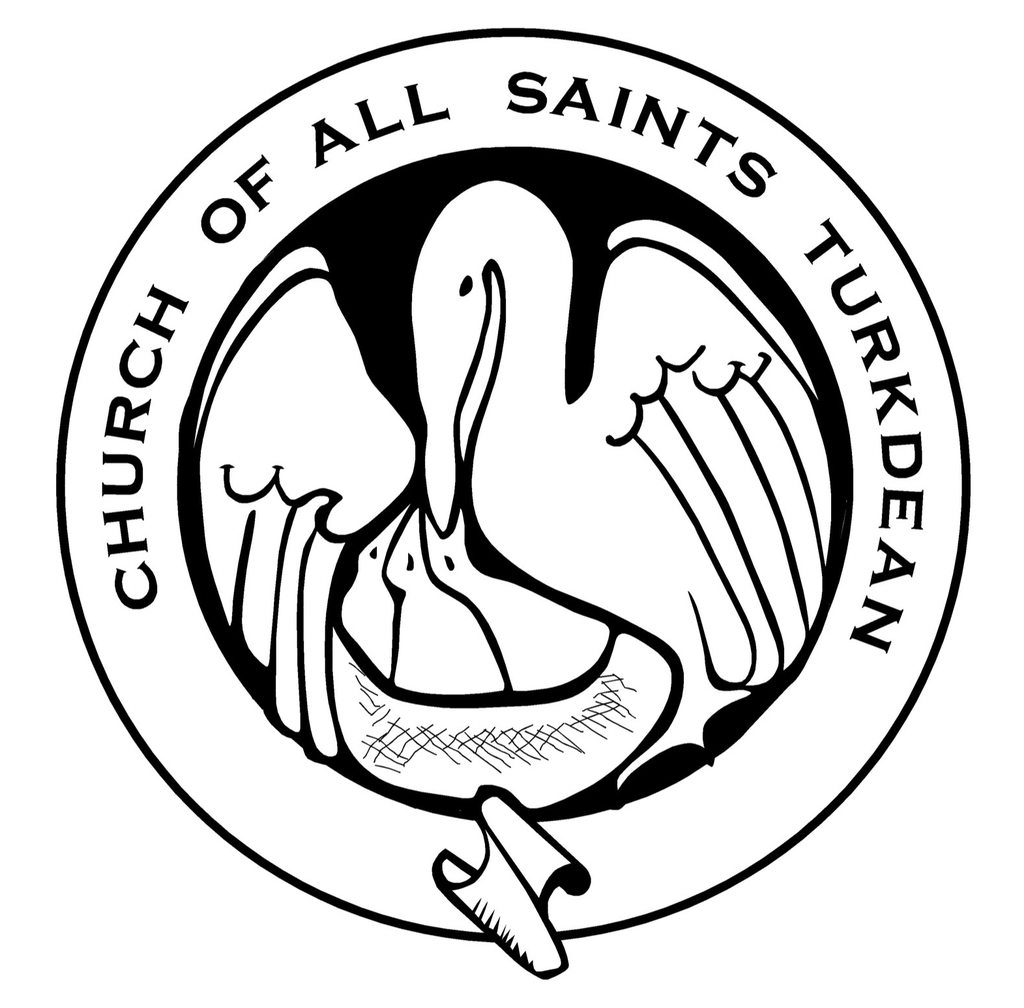 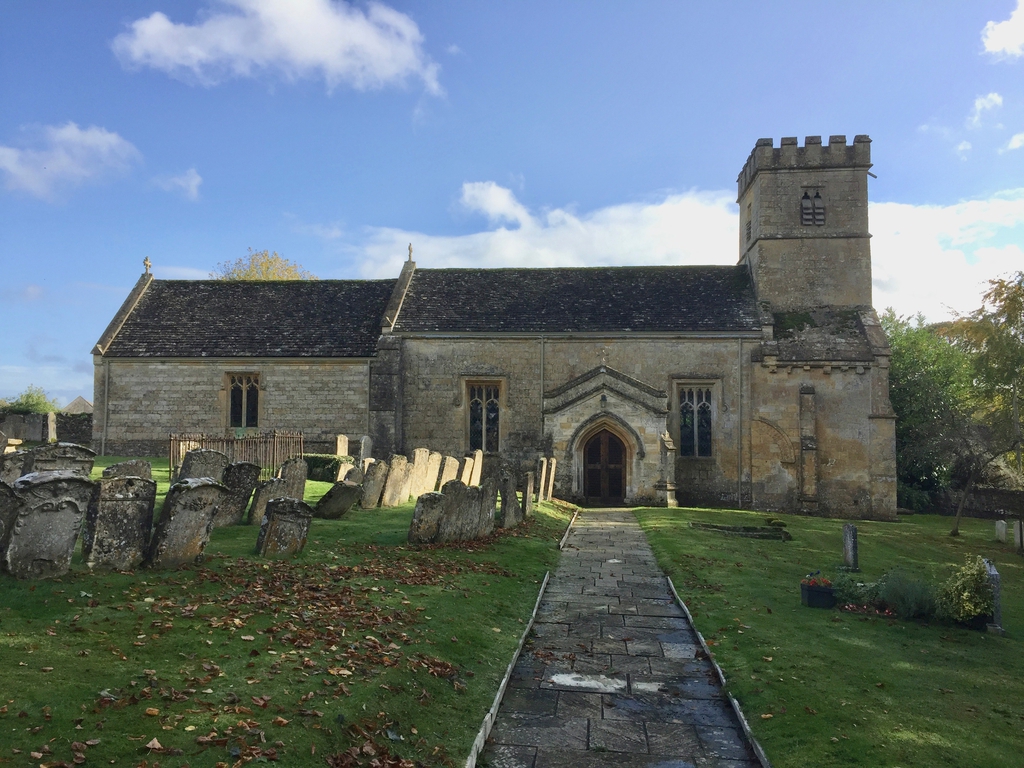 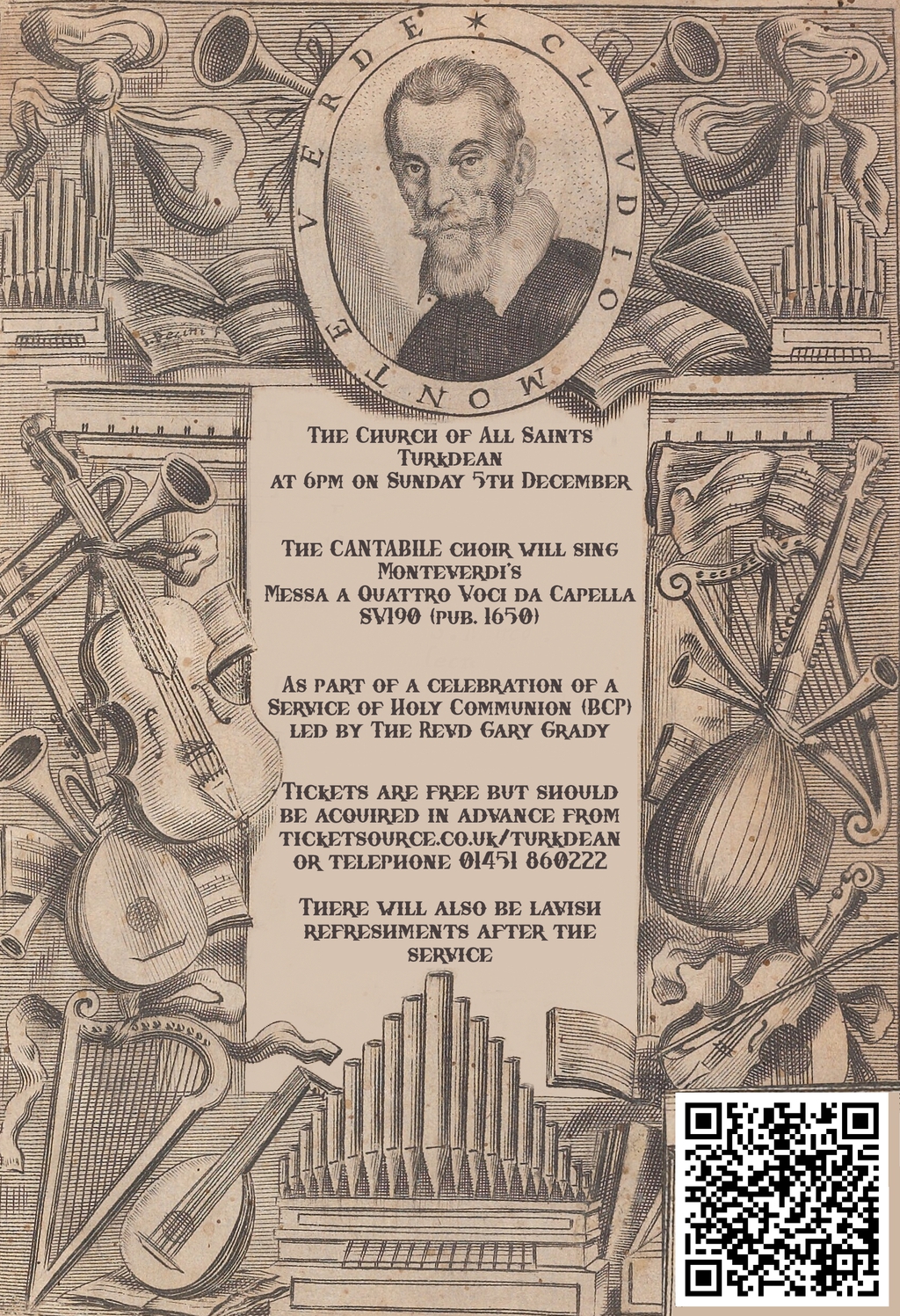 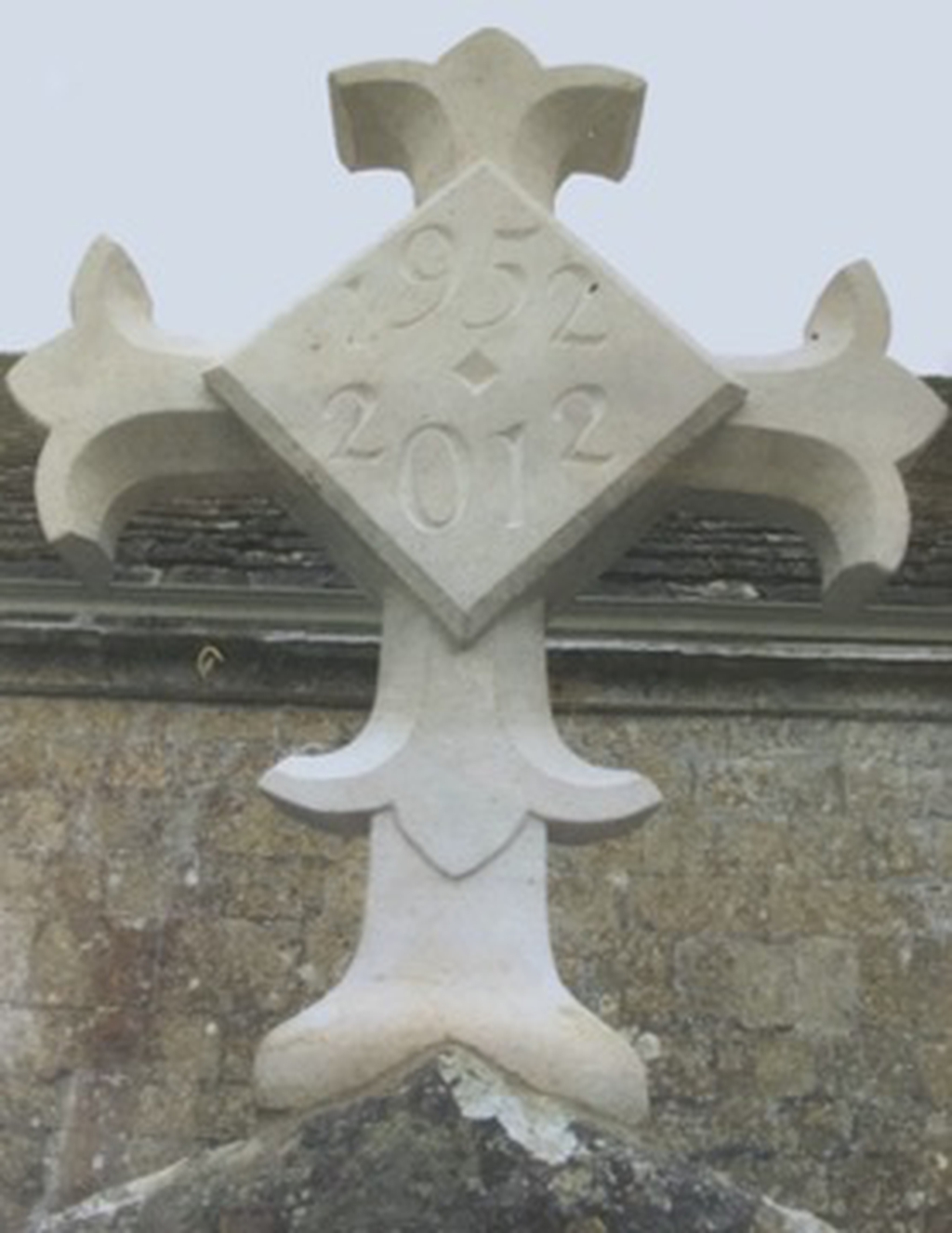 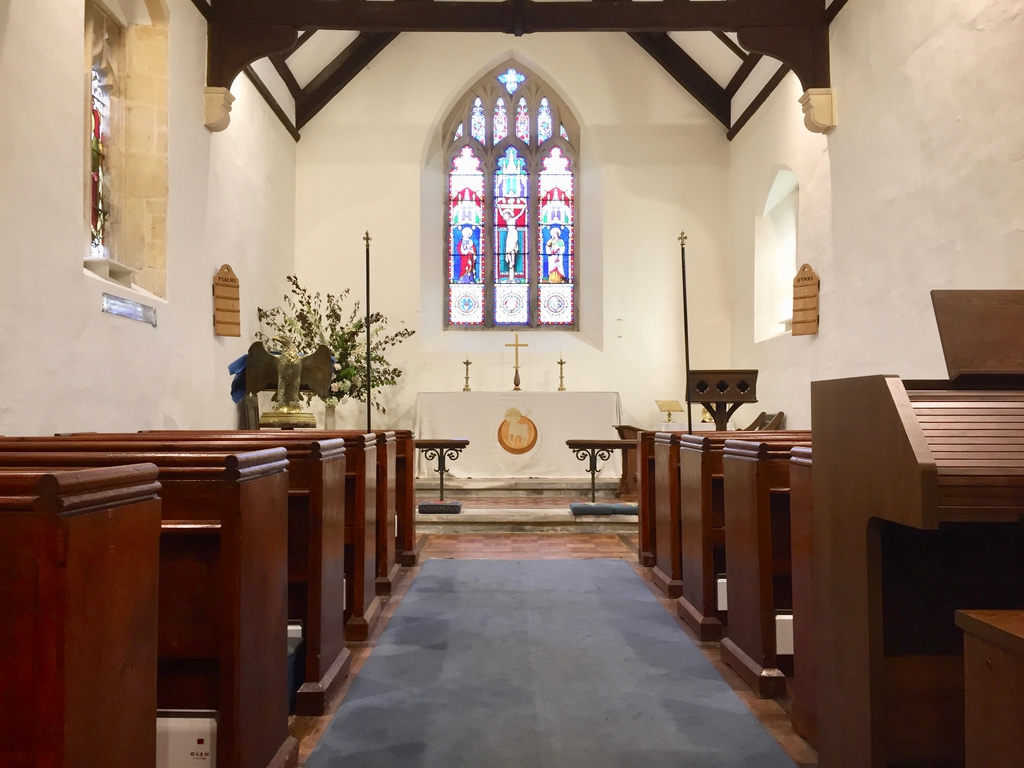 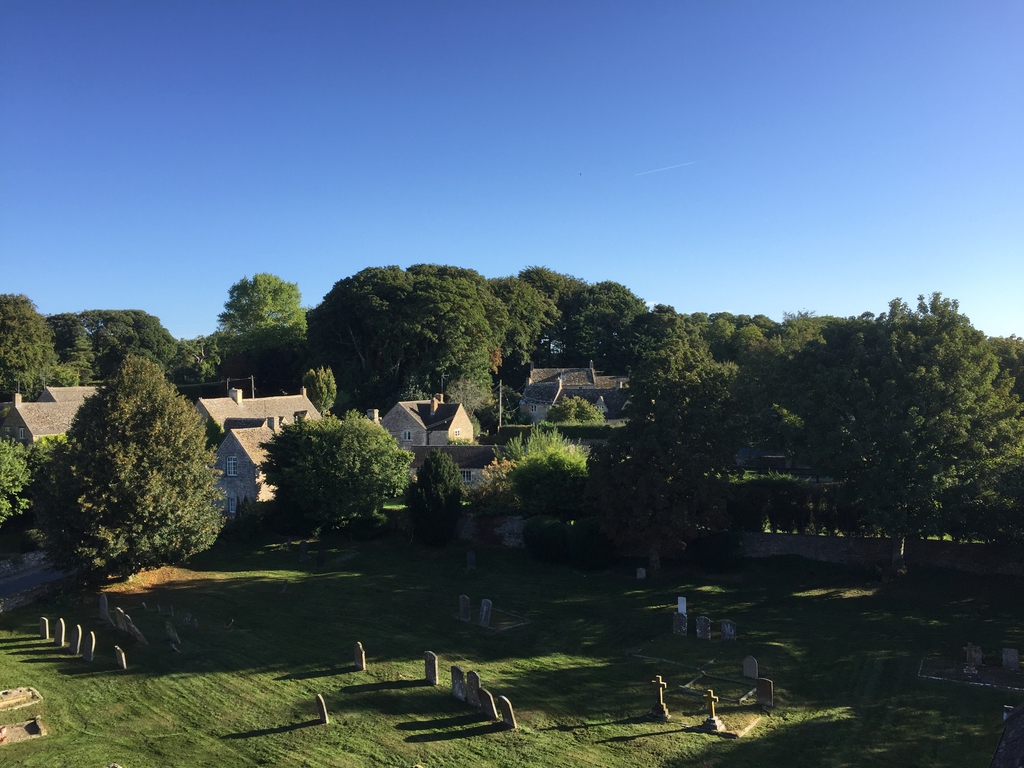 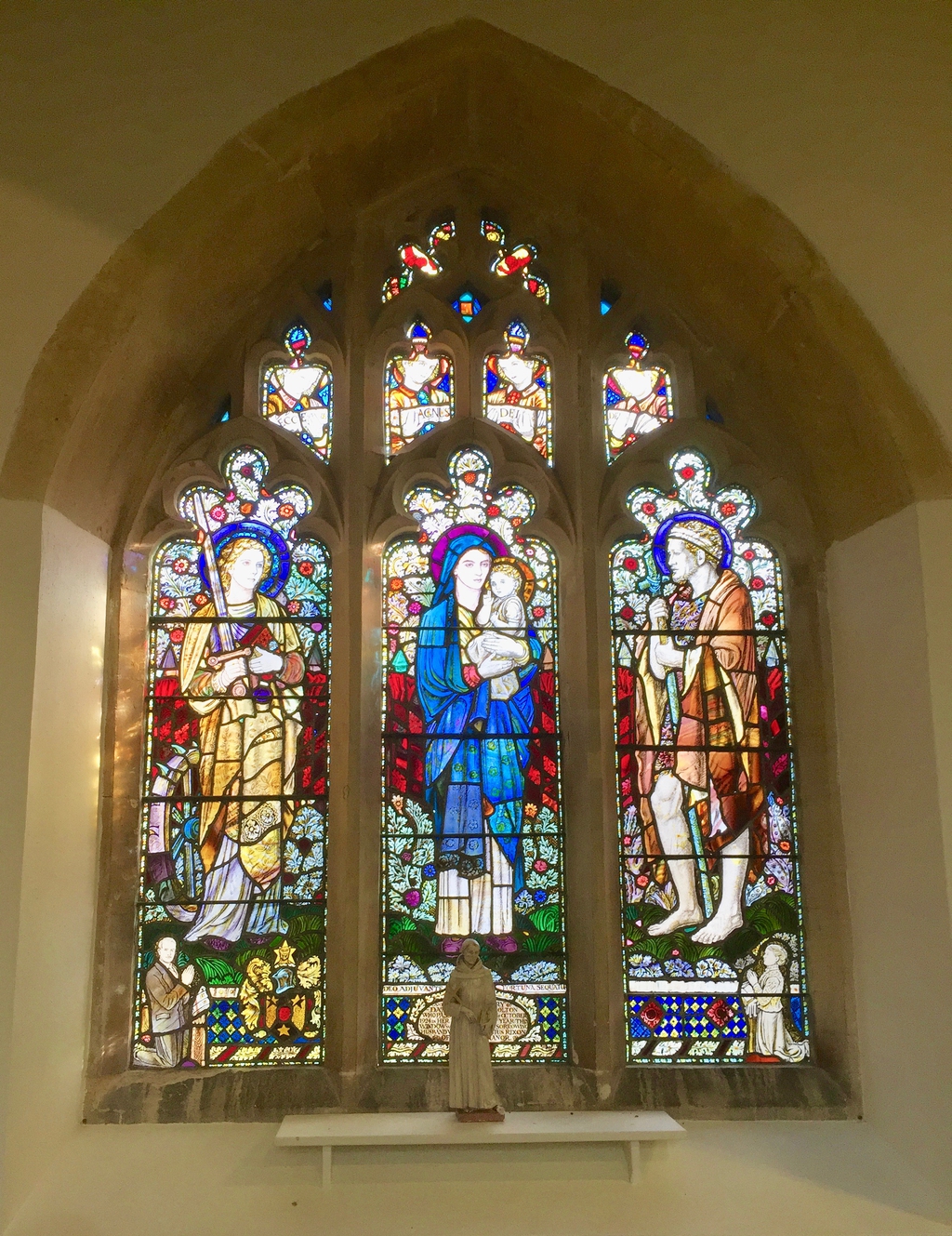 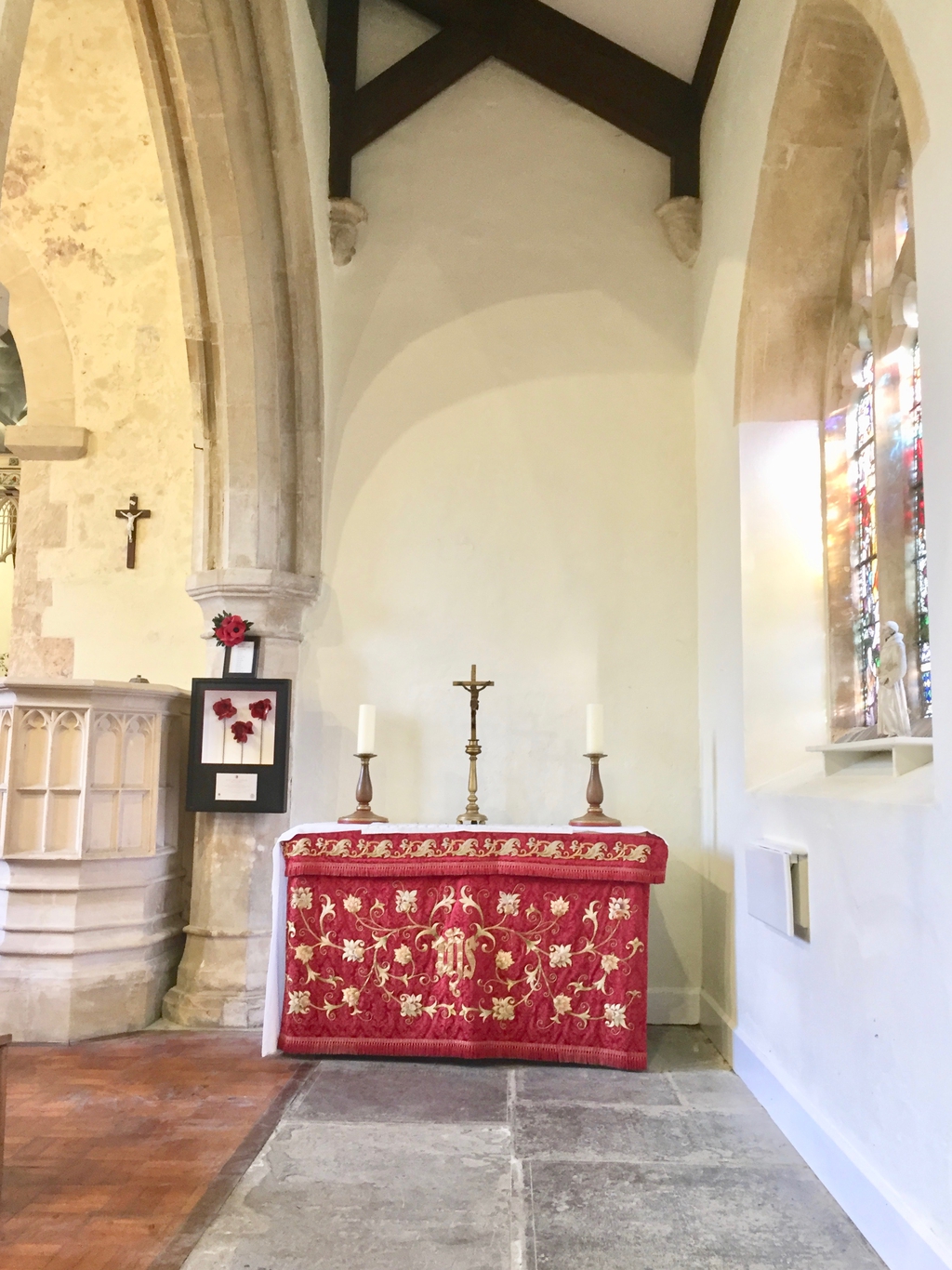 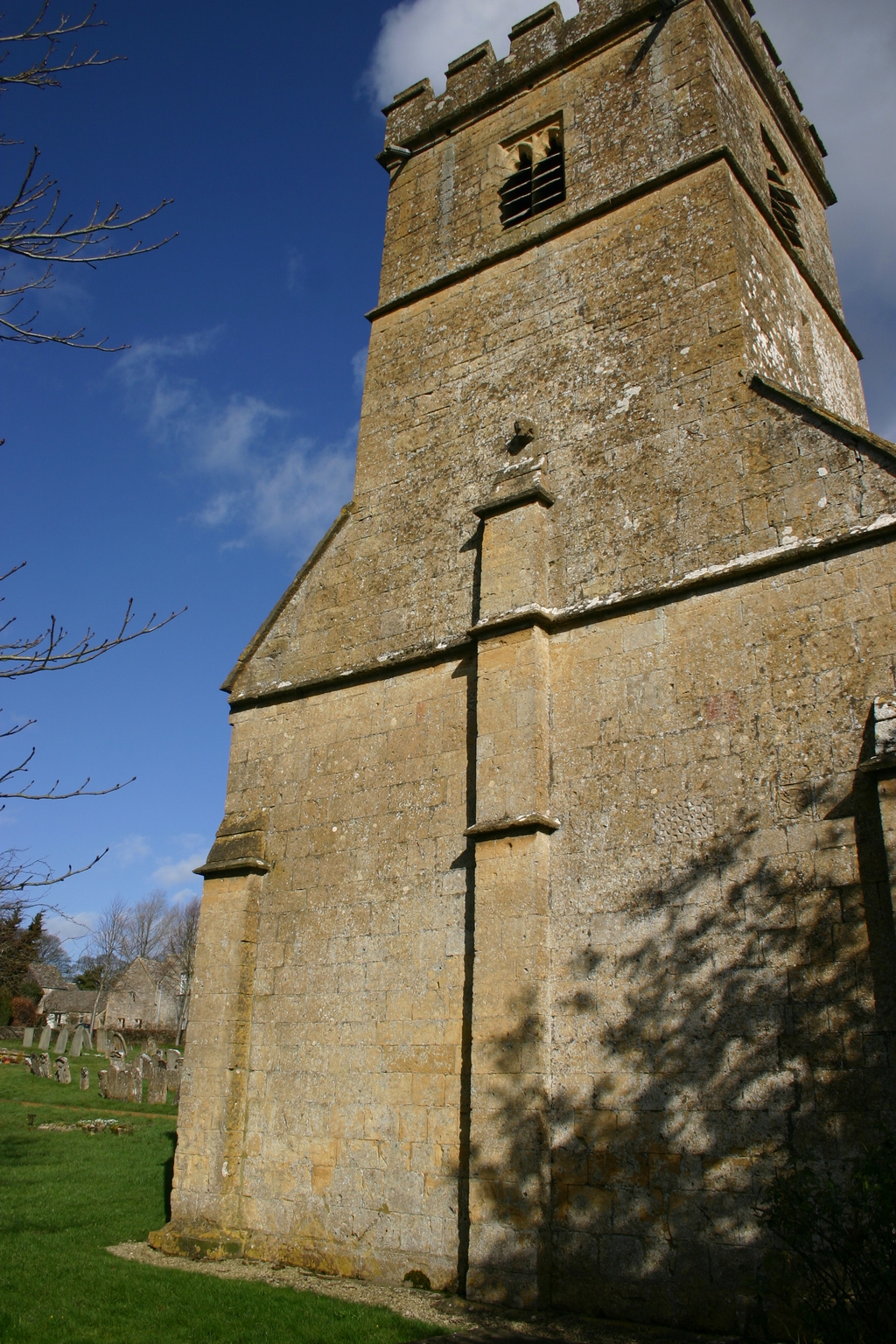 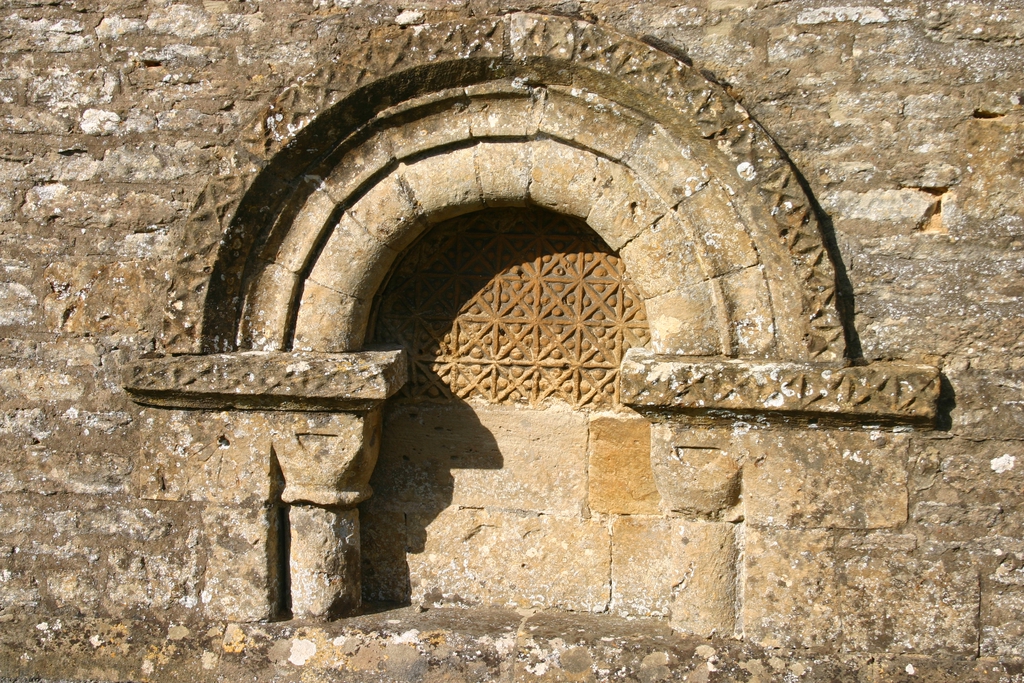 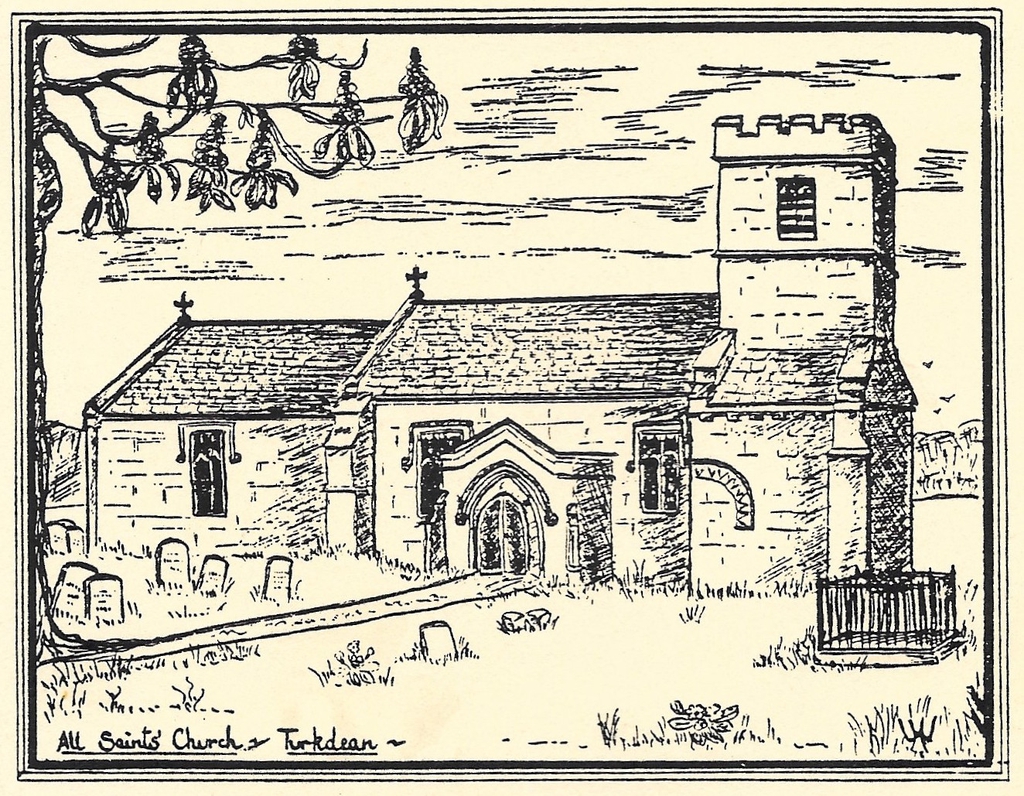 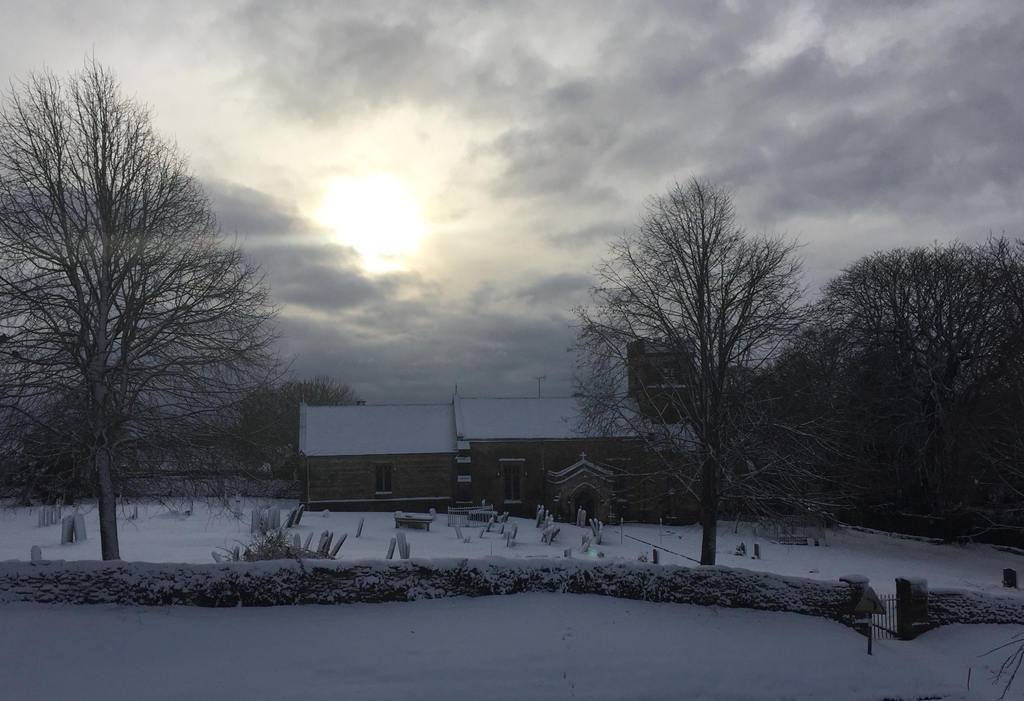 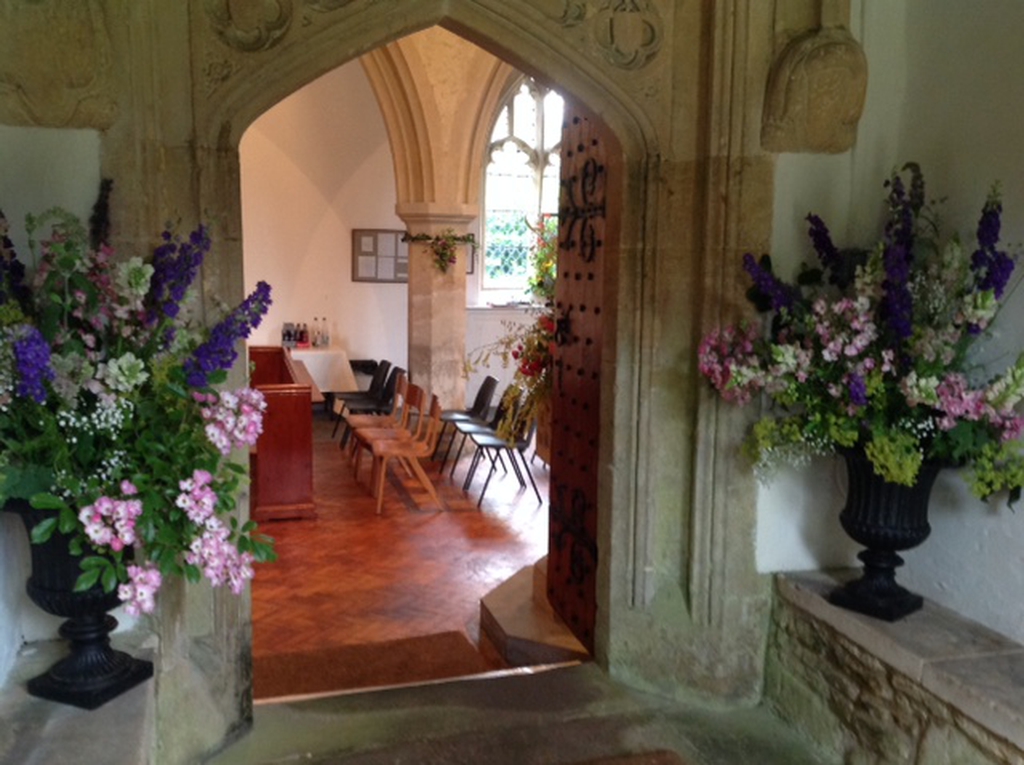 All Saints, Turkdean
Services and events
News and notices
About us
Find us
Turkdean CHELTENHAM
Get in touch
+44 (0)1451 861132
Facilities
More information
Social
Edit this church

The Church of All Saints, Turkdean is open daily between 9am and dusk.

The parish and hamlet of Turkdean stands in rolling Cotswold countryside between Northleach and Bourton-on-the-Water. Turkdean is now a small community of less than 40 dwellings and about 60 souls, scattered across the hills and valleys, but with an (un-signposted) concentration of houses around the Church of All Saints which, together with the nearby K6 telephone box, represent the village's only public buildings.

However, although now small, the community's history is lengthy. The popular Channel 4 archaeology programme "Time Team" dedicated their Bank Holiday weekend "live" dig in August 1997 (Series 5 Episode 4) to the excavation of the remains of a large Roman villa in Turkdean. The existence of this Roman building and community gives credence to the suggestion that there may have been a Saxon church at Turkdean, but there is little physical evidence of that now and so All Saints Church today represents a 14th century extension and 16th century rebuilding of a 12th century Norman church that was dedicated originally to St Mary by the Norman knight Robert d'Oilgi, whose ownership of the manor was recorded in the Doomsday Book.

The oldest standing fabric of the church is now the 12th century nave, but other remnants of the original Norman building were built back in to the walls of the church at the time of the 14th century and 16th century rebuildings when the South aisle was constructed and the tower was added. Significant improvement and refurbishment programmes were carried out in 1839 and in 1897, when the population of the village peaked at over 300 and justified the construction of an "overflow" gallery, which was subsequently removed as the agricultural depression of the late 19th century saw a dramatic reduction of the village's population.

Further renovations were undertaken in 1967 and it was during these works that, regrettably, the early 14th century wall-paintings, including a large figure that was probably a representation of St Christopher, together with a large early 17th century armorial over the chancel arch were over-painted with whitewash. As a result, only a small ephemeral section of this decoration now survives. (An expert report commissioned in 2008 concluded that any attempt to restore these wall-paintings would only partially restore portions of these paintings at best and, on this basis, restoration efforts have not been taken forward thus far.)

A more recent programme of refurbishment funded by parishioners was completed in 2018 with somewhat greater consideration for the building's ancient fabric.

Although there are three bells in All Saints' tower, including a 5cwt tenor bell cast by Edward Neale of Burford in 1641 and a second bell cast by John of Gloucester in the 14th century, currently only the tenor bell can be swing chimed. A 2019 inspection revealed that even swing chiming will require the replacement of the wheel spokes with a new metal lever and that before John of Gloucester’s 14th century bell could be brought back into use the headstock would require repair and the medieval bell frame would require significant strengthening. However such strengthening and repair might also allow all three bells to be rung once again along with the small 50lb sanctus bell also cast by Edward Neale in Burford in 1663 and this project is now scheduled for fund-raising over the course of 2022.

The Christian community in this small village continues to worship God in this beautiful building and now holds a BCP Matins service with Holy Communion at 10.30am on the first Sunday of each month. In addition to the regular monthly Matins service, Christmas is celebrated with a candlelit service of readings and carols, a Benefice service is held "in the round" on Maundy Thursday and a "Floral Choral" Evensong is usually held every Summer, when all the parishes of the Northleach Benefice come together with impressive floral displays filling the Church and with glorious music from the choir.

OPENING
The Church is open every day from 9:00am until 5:00pm (or dusk if earlier in Winter.)

PRIEST
As part of the Northleach Benefice, All Saints Turkdean welcomed the arrival of our new Priest-in-Charge, The Revd Dr Alycia Timmis, in February 2021.