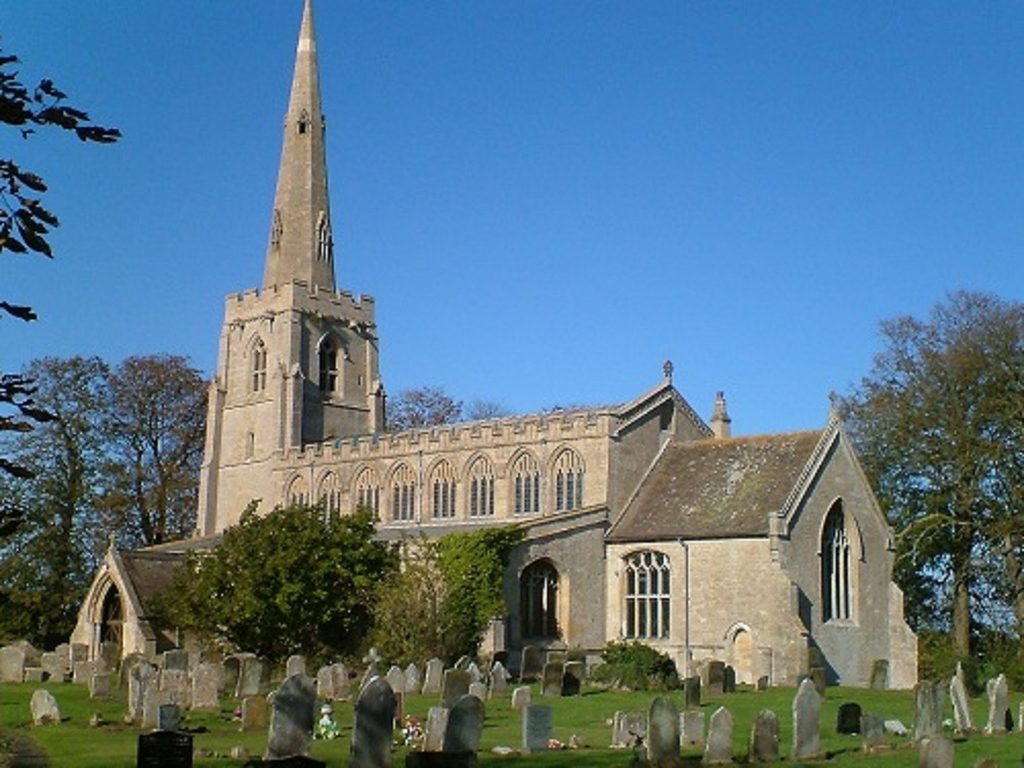 Our church stands next to the school in isolation from the village. It is dedicated to St Margaret of Antioch. A Church has stood here for over 700 years and there is an account in ancient Lincoln Diocesan records of the induction of a Vicar to Quadring in 1250. In the Doomsday Book of 1086 (recording properties and population of England), a large part of Quadring parish belonged to the Bishop of Lincoln and he would have been obliged to provide for the religious needs of the people. In other words, a church would be built. Others involved in this were the Percy family. They bequeathed the Church to the Abbess of Stainfield Priory (which they owned) near Lincoln. During Henry VIII's reign Stanfield Priory was destroyed and probably Quadring Church was damaged.

The ancient church registers show us how good and evil times came and went. In the reign of Elizabeth I, a young Vicar came to take charge of Quadring Church. The marshy fenland must have been too trying for his health for, within two years he lost his wife, two children and then died himself.

As you enter the church the first thing that strikes you is the light and spacious interior. On the left of the door there is an ancient "hood" (hude), these were peculiar to the fens, and were used at funerals, being carried out into the churchyard on wet misty days to shelter the Vicar at the graveside.

On the right hand side in the south Transept there is a chapel dedicated to St John, that this was used for sacremental worship is clear because the Piscina (a piscina is a shallow basin placed near the altar used for washing the communion vessels etc) still remains.

Above this chapel is a modern stained glass resurrection window, designed by Brian thomas and dedicated to Mary Randall, a resident of this village. To see the full beauty of this window, you have to see it on a sunny day.

As you go back towards the door and continue to the chancel, on your left stands an ancient chest. This was used for storing of the Parish Registers etc. It had three locks on it, to be opened by the Vicar and the two churchwardens, it could not be opened by one person. In 1836 this chest, and other things were stolen from the church, the chest was later found with the lid broken, in a neighbouring ditch. Five guineas reward had been offered for it's return.

At the entrance to the bell tower stands the font, it has an ancient latin inscription at the base mentioning the Percy family - "Pray for the soul of Robert Percy who caused this font to be made." The font has signs of new stonework, it was damaged in 1939 when lightning struck the tower and stonework fell on it.

In the chancel, up in the roof, on one of the beams is evidence of newer wood and the date 1698 plus two sets of initials IP & NC, these are thought to be the churchwardens initials at the time of the repair. On the pillars in the chancel are faces and heraldic coats of arms, possibly the Derby family. In 1400 the Derby family gave the church eight windows for the nave.

The organ was donated to the church by the Robinson family.

There is also a Lady Chapel, complete with Aumbry (In the Middle Ages an Aumbry was a cabinet in the wall of a Christian church which was used to store chalices and other vessels) and an ancient Piscina for the washing of vessels. The chapel is dedicated to the Virgin Mary. Above the altar the stained glass windows are brightly coloured and show Quadring Church, Lincoln Cathedral, also Stonehaven, home of the Robinson family, who gave the window along with three windows on the right which depict the life of Christ.

On the outside wall to the right hand side of the south door, the hours of the day are scratched upon the stonework just like the dial of a clock. Originally a long straight piece of metal was fixed in the centre of a dial, to throw along shadows from the sun's rays on the correct hour-marking which showed the time of the day. This little 'Scratch-Dial' must have been put there at some time before clocks were introduced into England and when people largely relied upon the sun to tell the time. When the villagers passed by the church they could make sure of the time of day.

The PCC is in the process of getting a disabled toilet and wash-up area installed in the church. This will be a huge benefit to the church and its' supporters. Longer fund raising events can be held with catering for those events. At the moment we don't even have a water supply to the church. We have applied for grants to help with the cost (£56,000) and are hopeful that work will start at the end of the year.