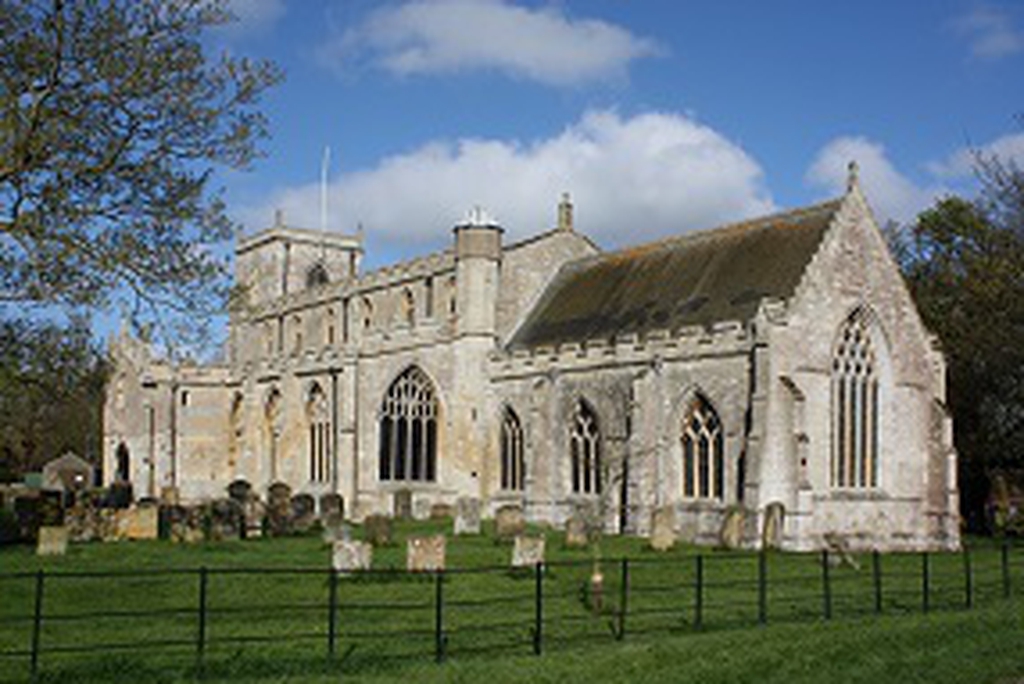 There was almost certainly a Saxon Church on the site in 1086 and the present Church is based on the Cathedrals of twelfth century France. The arch on the East side of the tower and the south door are believed to be 1190's.The Church was given with much land to Waltham Abbey, Essex in the time of Henry II (1154-89) the priests for that period being supplied by Waltham Abbey.The Church was rebuilt in the 1400's in the late Norman and Early English style with later additions. It has a pulpit of the Elizabethan period and a tower with six bells. The South door has a trefoil entrance with a clover shaped stone arch which supports a massive oak door.

The Church has stained glass windows dating from the fourteenth century to the present day and are well worth seeing.One of which resembles a poorly assembled jigsaw puzzle due to the glass being removed and buried in the nearby vicarage garden to escape it's destruction by the Puritans. It was replaced later without proper knowledge of the original design.

In 1359 King Edward III needed a navy to invade France. Wrangle was asked to help and sent a ship and eight men. Although now a mile from the sea, in Medieval times the Church sat next to a creek up which boats sailed from the Wash.