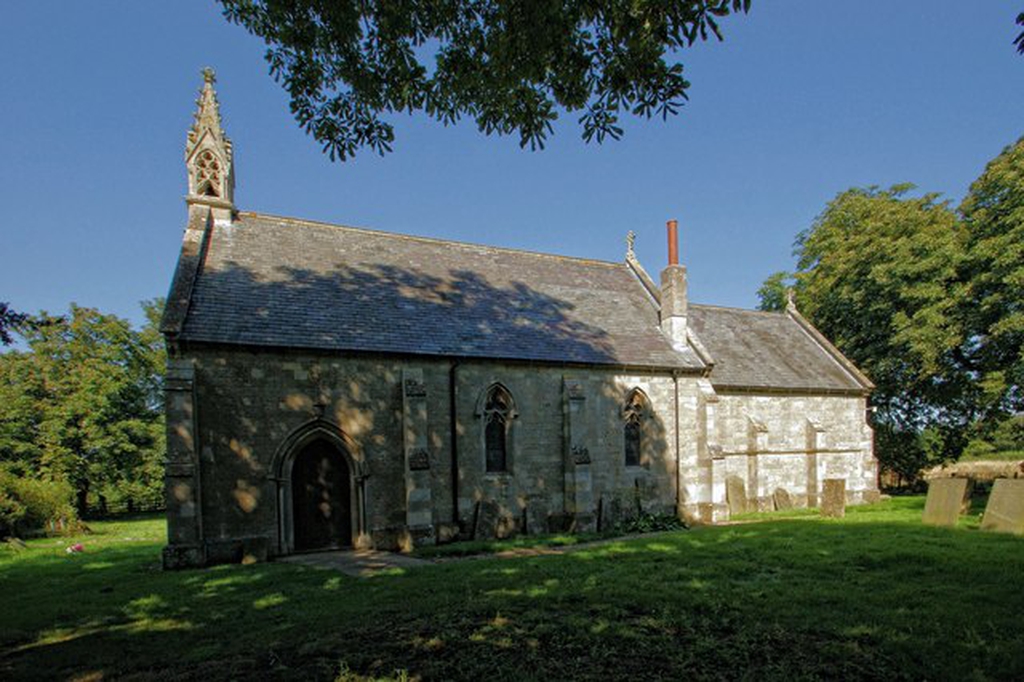 Burton Pedwardine. Lonely among the fields it stands, a village little more than a hamlet, with a towerless church little more than a chapel. Part of its story is in its name, for to this small place on the edge of the Fens came the Pedwardines of Herefordshire six centuries ago. Of the church they found here only a few fragments are left-a group of Saxon, Norman and Early English stones with knotwork and other entwined ornament, built into the west wall. Of the cross-shaped church which Sir Robert Pedwardine finished by 1340, only the north transept remains, the rest having been twice rebuilt last century.

It is a small and simple church with a little bellcot in which a 17th-century bell hangs, and its interest for the traveller is all in the old transept. Under an arch in the north wall is a grey marble slab with a Norman-French inscription to Dame Alice, wife of Sir Roger Pedwardine who built the medieval church. Against the west wall is the fine monument of Sir Thomas Horsman who dies in 1610; he lies here in his armour, both hands and one of his feet gone but otherwise well-preserved, and his bearded face looks up to a pillared canopy adorned with his heraldry. His nephew Thomas Horsman, who raised this monument, has only a humble floorstone from which the brasses have vanished.

Two miles west of the village are the base and shaft of a 15th-century cross. It is between the railway and the Roman King Street, hereabouts called Mareham Lane after the moated Mareham Grange which stood near the cross.