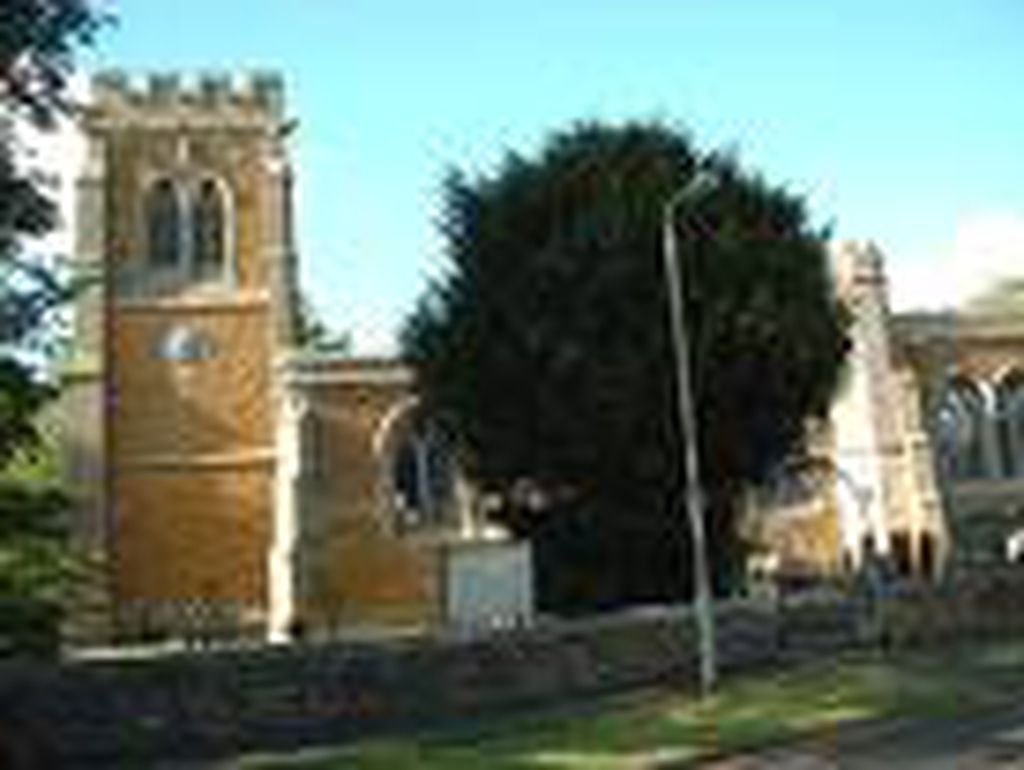 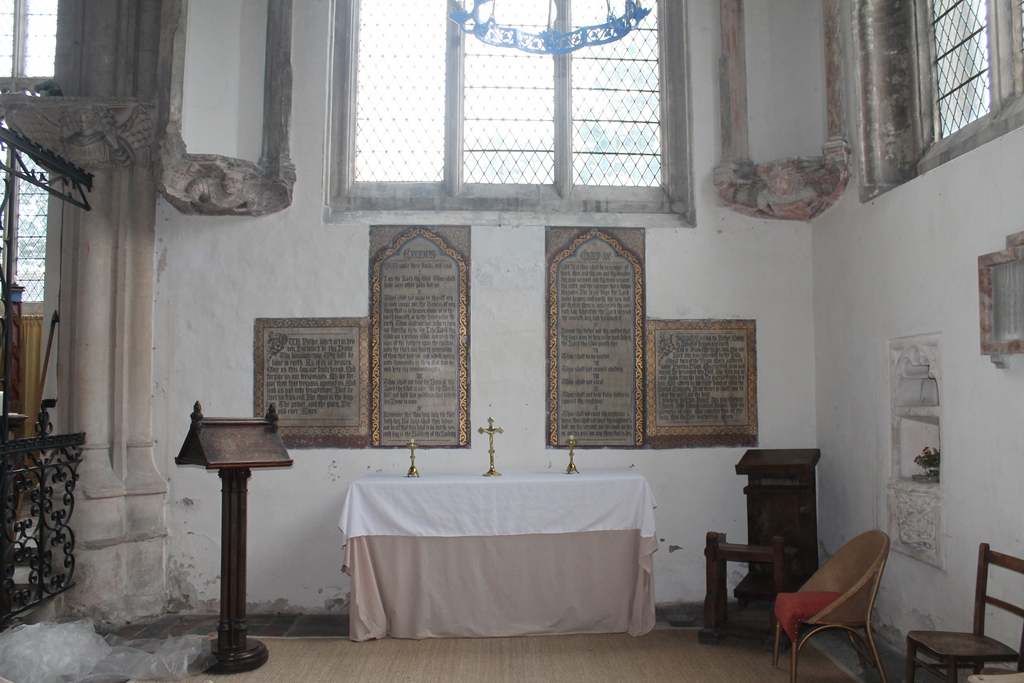 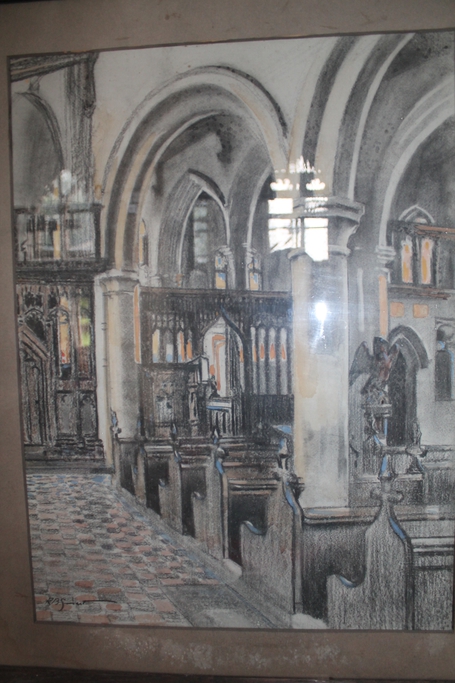 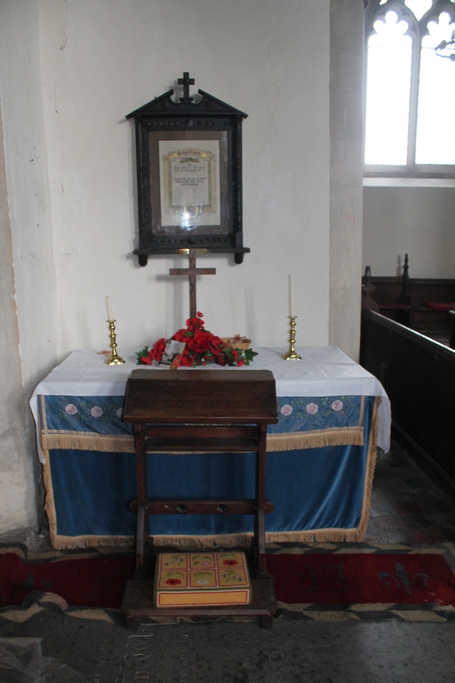 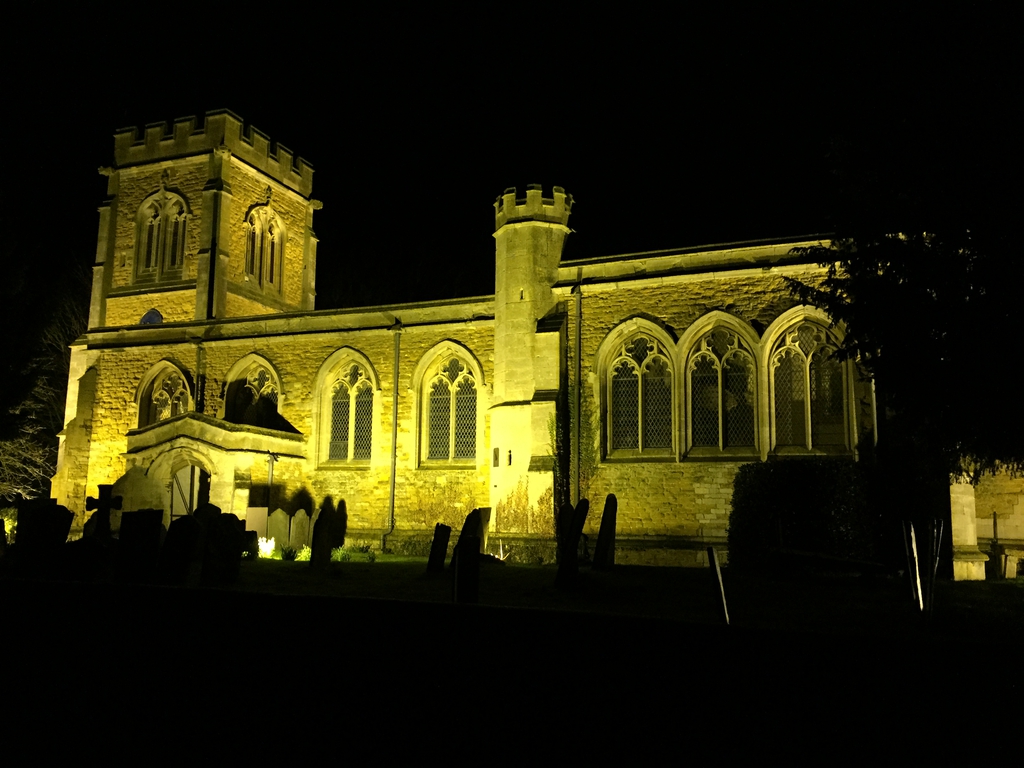 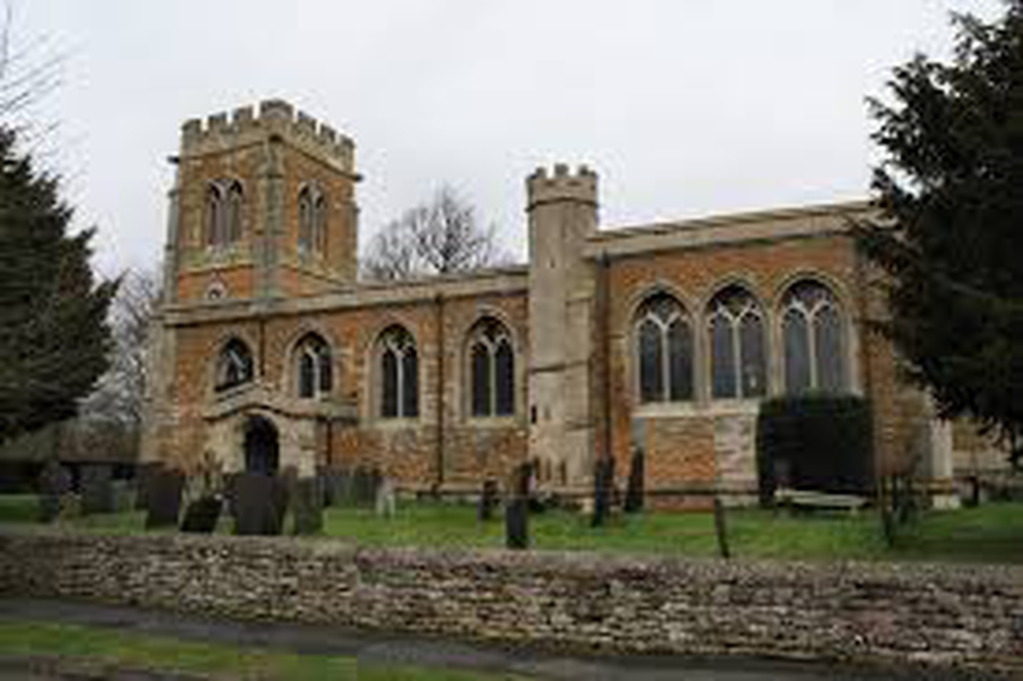 In the centre of the village, adjacent to the Manor, is our Grade 1 Listed church dedicated to St. Lawrence.

Although its roots are in the 12th century, with nearby Newbo Abbey, its costruction was carried out between then and the 15th century, most of which is evident in the building we see today. It retains its Norman heritage both in the columns and arches of the north arcade and also the font, but the remainder is 15th century gothic.

Our weekly attendance is small, but during Christmas, Easter and Harvest, we do generate a larger congregation, especially when the younger people can get involved.

We also have enthusiastic supporters, who are willing to apply their skills when required and the church is used for other functions, such as concerts and talks.

The church at Sedgebrook, built of golden ironstone with Ancaster stone dressings, stands out in the words of Henry Thorold (“Lincolnshire Churches Revisited” 1989) as a “church of great distinction”.

The oldest part of the church, the north arcade, is perhaps of the 12th century with construction continuing through to the close of the 15th century, culminating in the south chapel and chancel provided by Sir John Markham in 1468. Sir John Markham, Chief Justice of the King’s Bench, obtained on 24th May 1468 for 11 guineas the King’s licence to found a perpetual Chantry of one chaplain to celebrate Divine Service daily at the altar of St Mary, Michael the Archangel, John the Baptist and John the Evangelist, “for the good estate of the King, his consort, the said John and for their souls after death” – the Markham Chantry.

Judge Markham’s own tomb stood on the south side of the eastern arch of the chapel. It was a plain altar tomb, since destroyed, but its slab – stripped of its brasses – remains on the pavement of the chapel. Over this tomb Judge Markham is said to have built a chamber in which he lived, spending his last years in prayer and meditation. Markham lost the royal favour through the summing up he gave to the jury of the case of Sir Thomas Coke, Lord Mayor of London, and was removed from office as Lord Chief Justice. He retired into private life with the better title of “The Upright Judge” and is celebrated in a Ballad of Sedgebrook.

Viewed from the south, the south chapel stands out by being higher than the south aisle and by being separated from it by means of a stair turret in which the Sanctus bell still hangs. This spiral staircase also provided access to the wooden Rood Loft through a now blocked up doorway.

To the south chapel corresponds a north chapel (now the home of the organ, built by Boyce & Son 1863 and restored in 1989) apparently designed as a burial place for the use of Newbo Abbey. This chapel was cut short at the east end by a former vestry – hence the clerestory-like east window of the chapel and the piscina outside the north door of the chancel.

Pevsner describes the effect of the lavish adornment of the chancel and chapel as “almost barbaric”; sedilia with six little pendant gables, vaulted under, a piscina with its drain holes arranged around a Tudor rose with a credence shelf above, two very tall niches with high canopies set left and right of the east window with a similar arrangement in the chapel.

The octagonal font is Norman, the carved oak pulpit is dated 1634, the choir stall bench ends include a feathered angel.

The tower contains three bells of unknown dates. The church was restored in 1897. Listed Grade I.