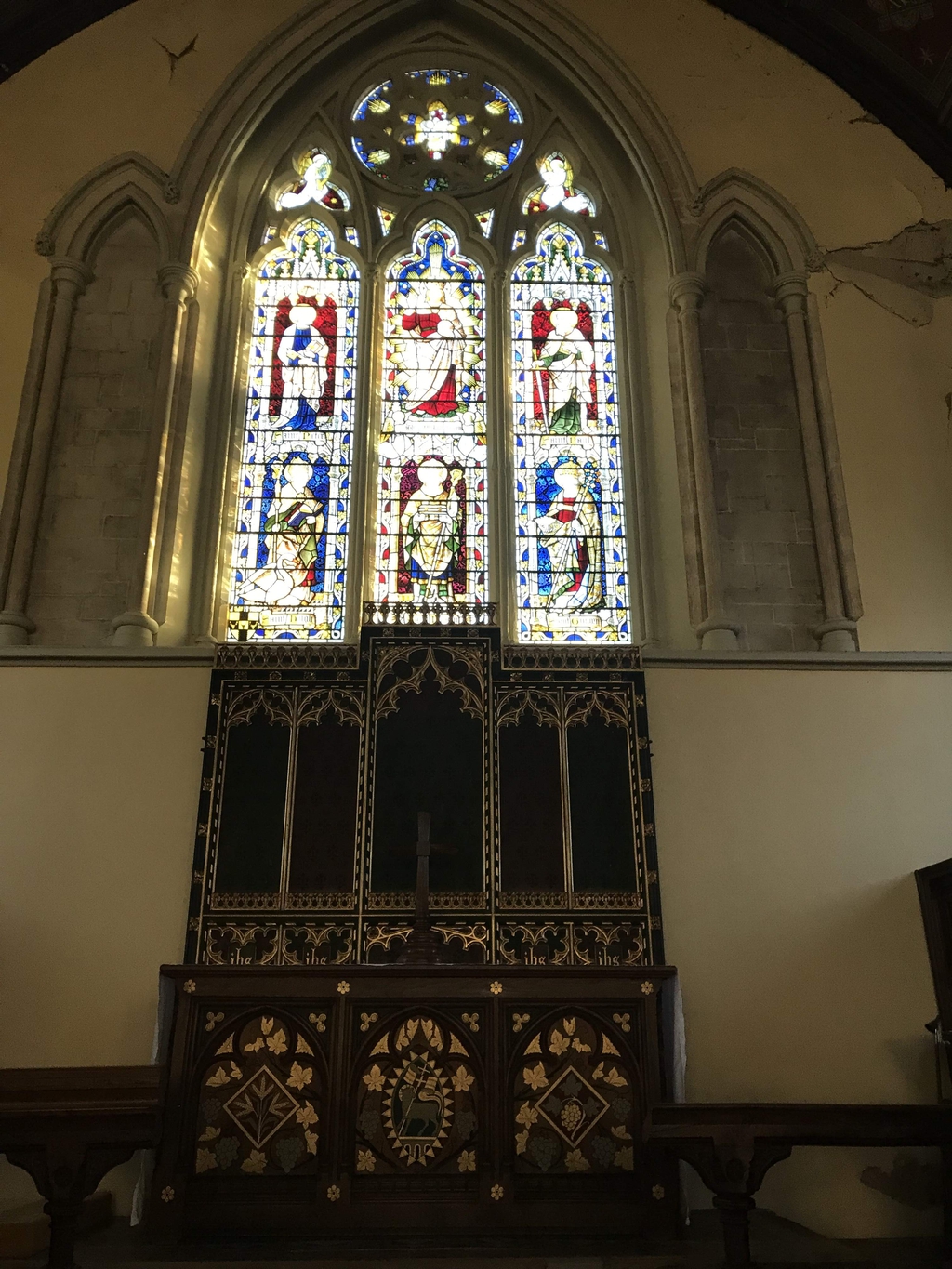 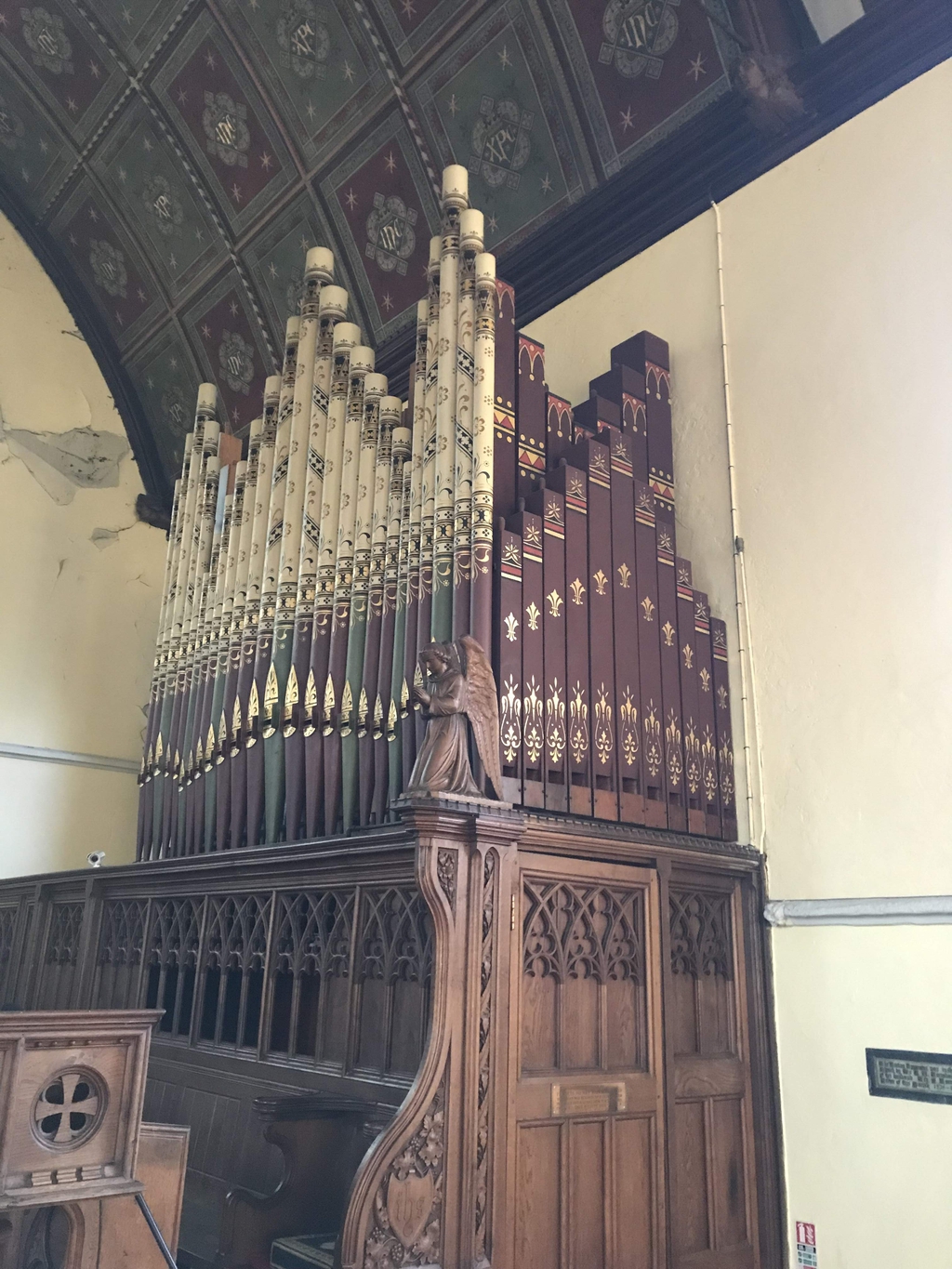 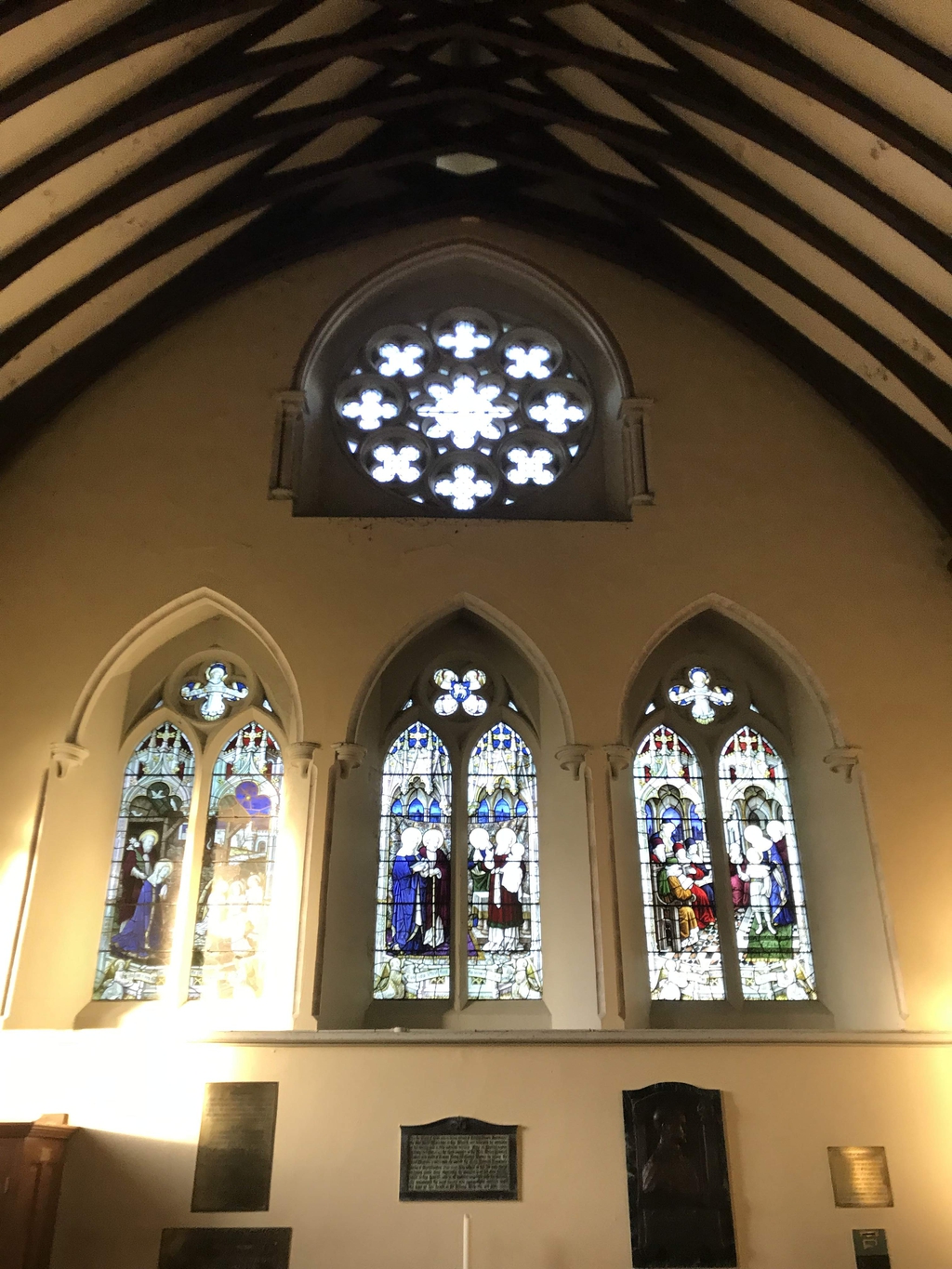 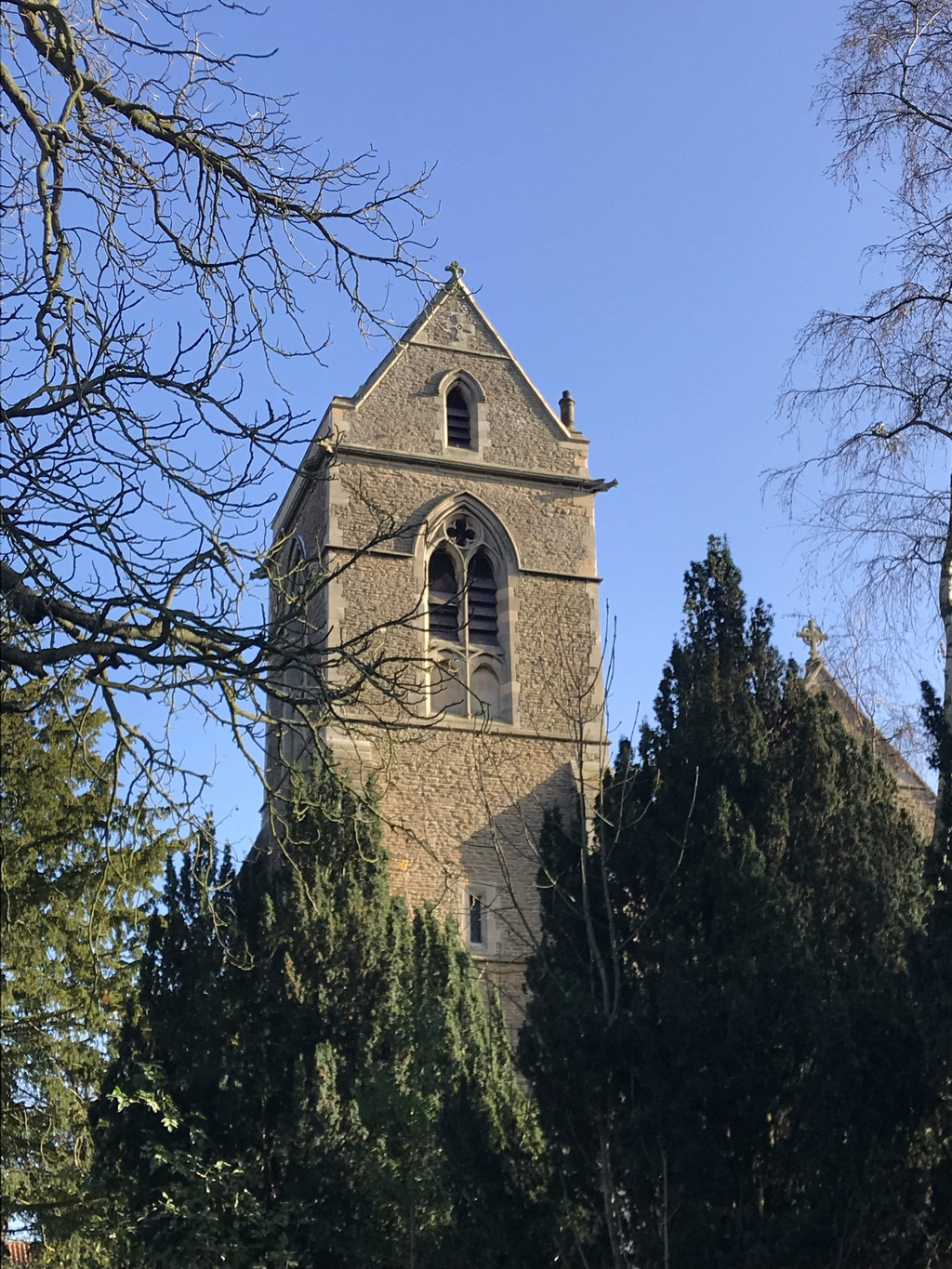 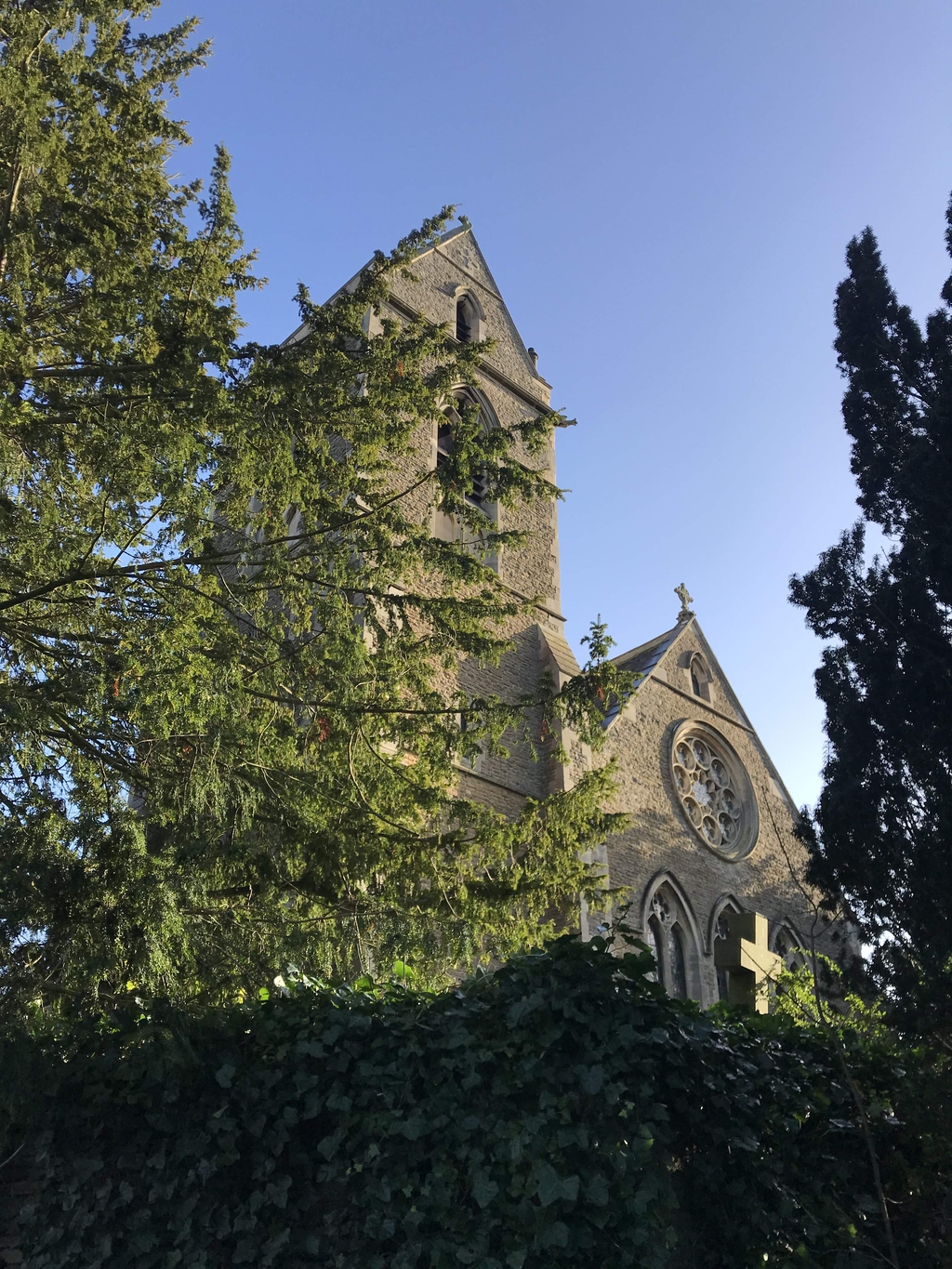 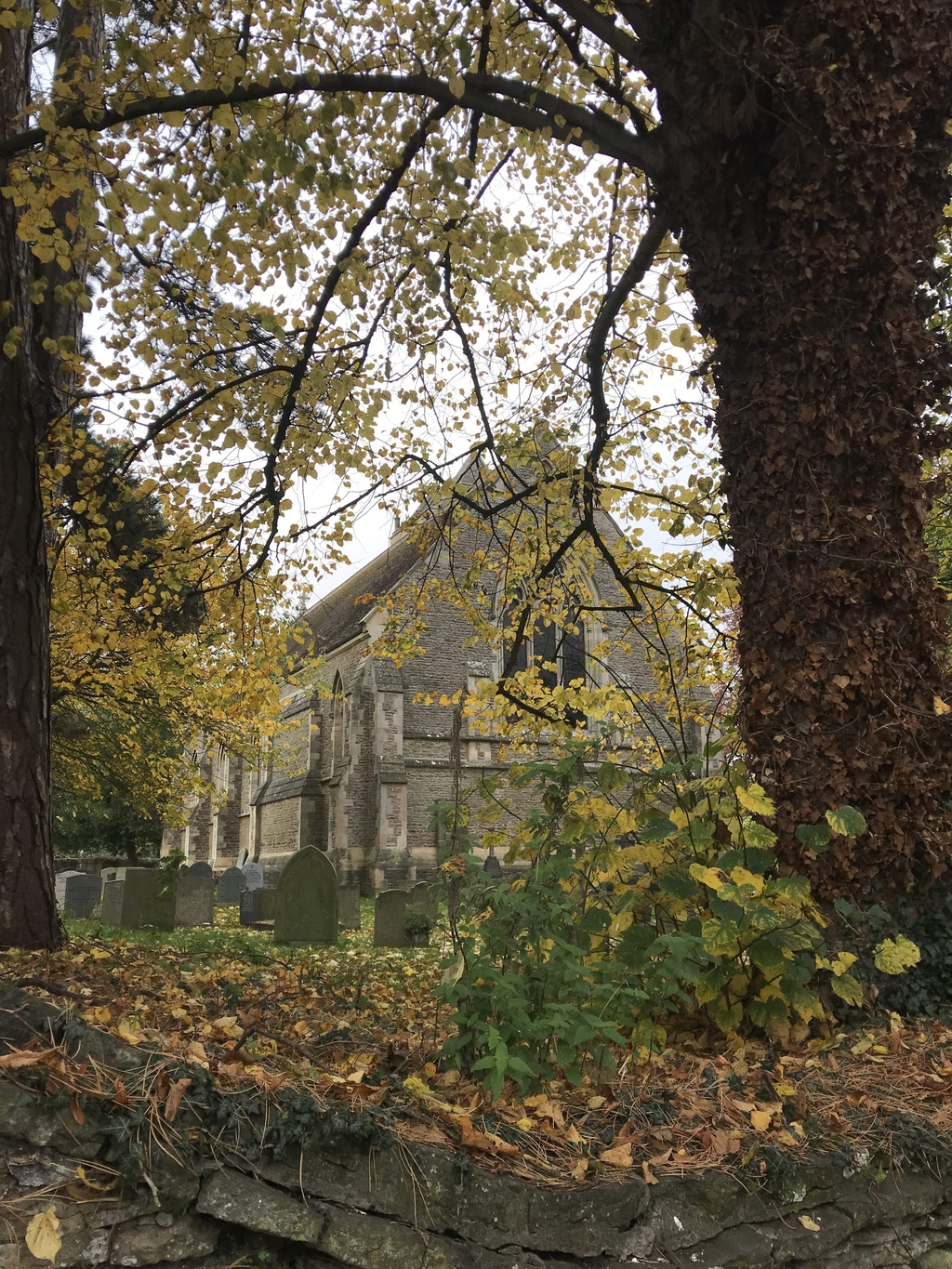 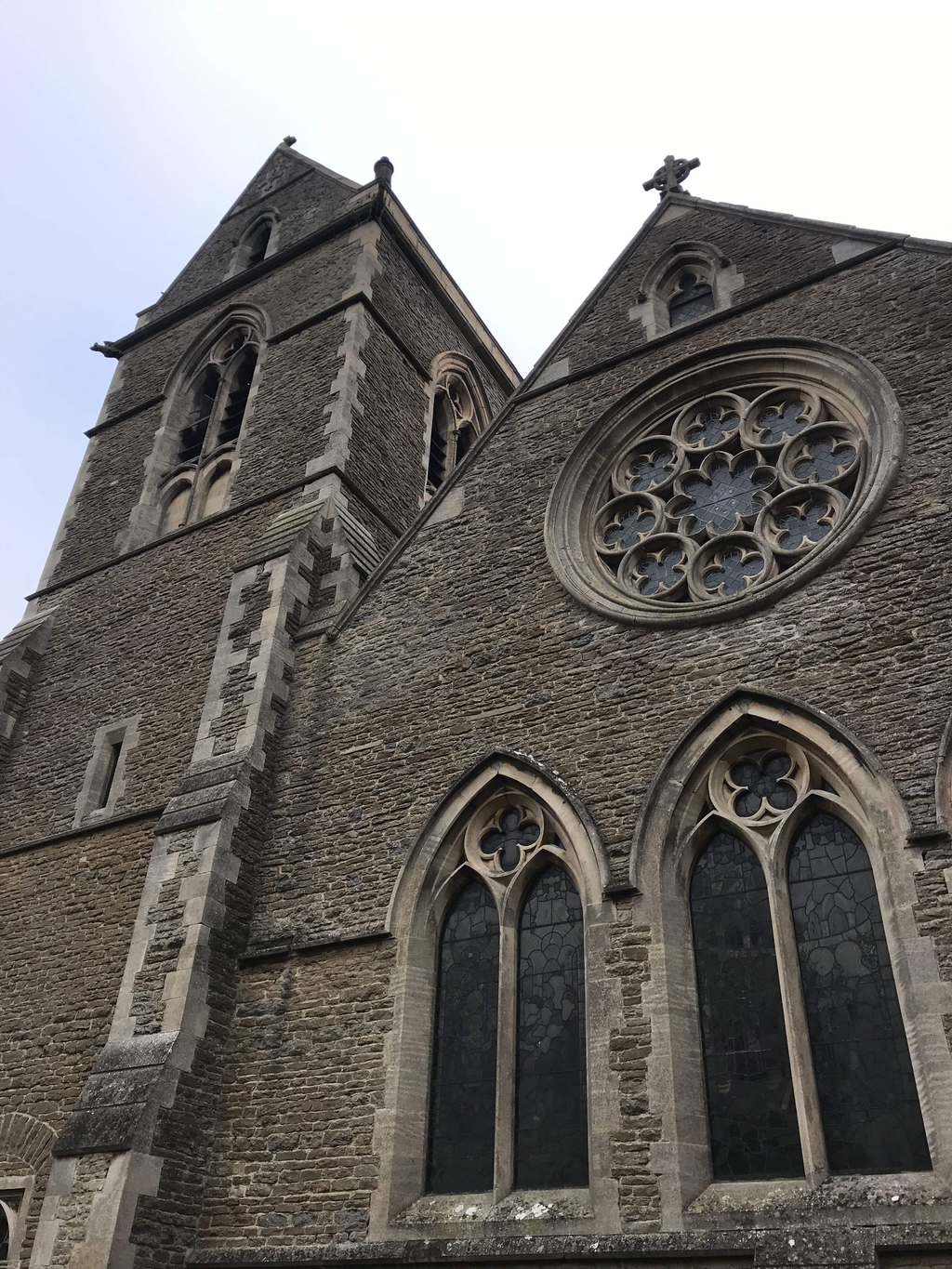 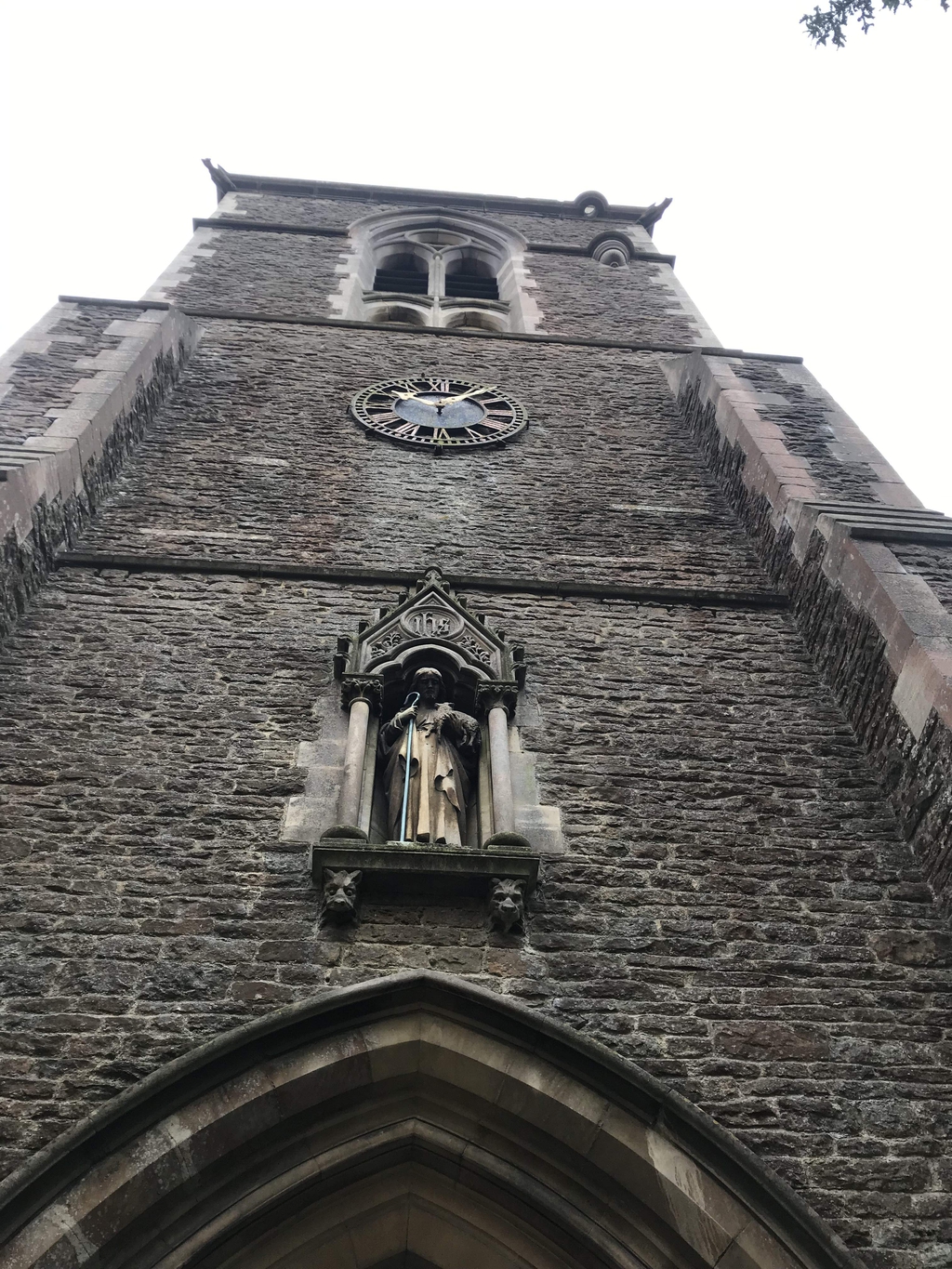 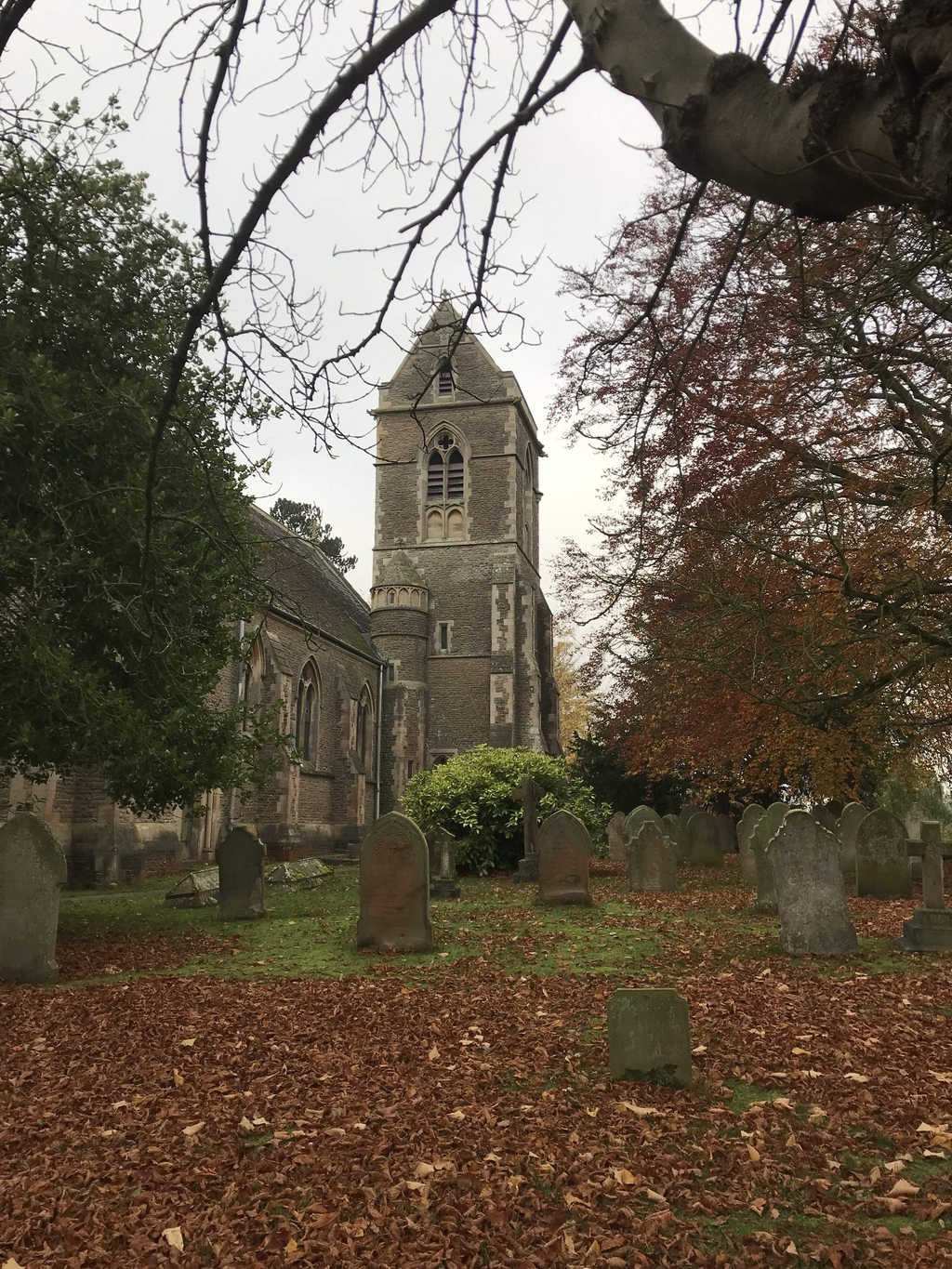 Our church is open daily for individual, private prayer.

Parish church. 1875 by James Fowler of Louth. Coursed limestone rubble with ashlar dressings, plain tiled roof having stone coped gables and crosses fleury. At the north west angle of the nave is an entrance tower, nave and chancel are undivided. The church is all in the late C13 style with plinth, moulded string courses and stepped buttresses. The west end of the nave has 3 pairs of 2 light windows with quatrefoils over and a continuous hood mould. Above is a large circular window with 8 quatrefoils arranged around a central cusped light. In the gable is a small trefoil headed light. The north west tower, is in the form of a campanile, in 4 stages with a gabled roof with gargoyles to the angles of the tower. The west elevation has single windows to ground and first floor. The belfry stage has tall paired louvred lights with blank arches beneath and quatrefoils over. To the gables are single pointed lights and above a low relief cross. The north side of the tower has a door in a C13 style with triple shafts to the reveals, a moulded head and is flanked by single narrow blank arches, the outer reveals of which are wall shafts springing from corbels with grotesque beasts on the underside. Above the door a trefoil headed niche contains a carving of the Good Shepherd with side shafts supporting a canopy bearing the Sacred Monogram with floriated top. Above again is an open face clock. The east side of the tower matches the west but also has a facetted projecting stair turret. The nave has 2 paired windows with quatrefoil, hood moulds and label stops. The chancel has a priests' door with single nook shafts, moulded head and hood mould. In the tympanum is a half length carving of St. Hilary as a Bishop holding a bible, with a Greek inscription. Above, to either side, are single trefoil headed lights. The east window is 3 light with trilobed heads, central sexfoil with cusped margins to circular frame, flanked by single trefoils. Above in the gable is a single trefoil beaded light. In the plinth is the foundation stone dated '1874'. The south side matches the north apart from one additional 2 light window and a projection for the organ. Interior. In the tower is a vestibule with panelled ceiling, it contains the stair door and pointed headed inner doorway with moulded head and pierced geometric decoration in the tympanum, featuring stained glass panels. The chancel is divided from the nave by a low stone cancellum screen, in the centre of which are fine wrought iron gates with scrolls and leafed terminals. The nave roof is an open arch braced type which as it enters the chancel is boarded in with painted panels bearing the sacred monogram in Latin and Greek. The moulded wall plate is interrupted by carved human head corbels at the feet of the principals. Fittings. Vestry screen, organ screen, pulpit, choir stalls, readers desk, all have intersecting arcades, foliage and angels, in C13 style. The fine reredos and altar are in painted and gilded wood, with ogee arches. The organ is painted to match. The octagonal font has quatrefoils and triangles in the upper panels; the wooden lid has elaborate wrought iron mountings. Monuments. On the south wall of the nave is a wall tablet with cross and sabre to F. Hutton d.1864. At the west end is a cast bronze portrait plaque to Michael Hutton k.1941. Also a square brass plaque recording the consecreation of the Church in 1875 to the memory of Rev. Henry Hutton.

2 Manual organ & pedals, 16 stops, with a 16 foot on Great and Swell. Built 1878 by T.H. Nicholson of Lincoln, updated 1939 and overhauled 1983. Full restoration in 2007 by Andrew Carter of Wakefield.
The organ is probably the best example built by Nicholson of Lincoln. Records show that it cost £300.00 in 1875. It is built into an arched recess in the south wall. When built, it had 894 pipes, eight stops on the Great Organ, six on the Swell, and a Bourdon stop with octave pipes on the Pedal Organ. Over the years the pipes were reduced in number to 732. The organ was overhauled in 1983 by Henry Groves of Nottingham, but in 2007 it was fully and historically restored to its original condition by Andrew Carter of Wakefield. One expert described it as "...a lovely little instrument, with strong, lively chorus work and splendid quiet stops."
The diapered metal pipes that face the chancel and the wooden Bourdon pipes that face the main body of the church have been effectively illuminated in gold and colours by Lambert of Lincoln.
Received a Historic Organ Certificate in 1998.

Held monthly from September to April at various locations within Spridlington village.