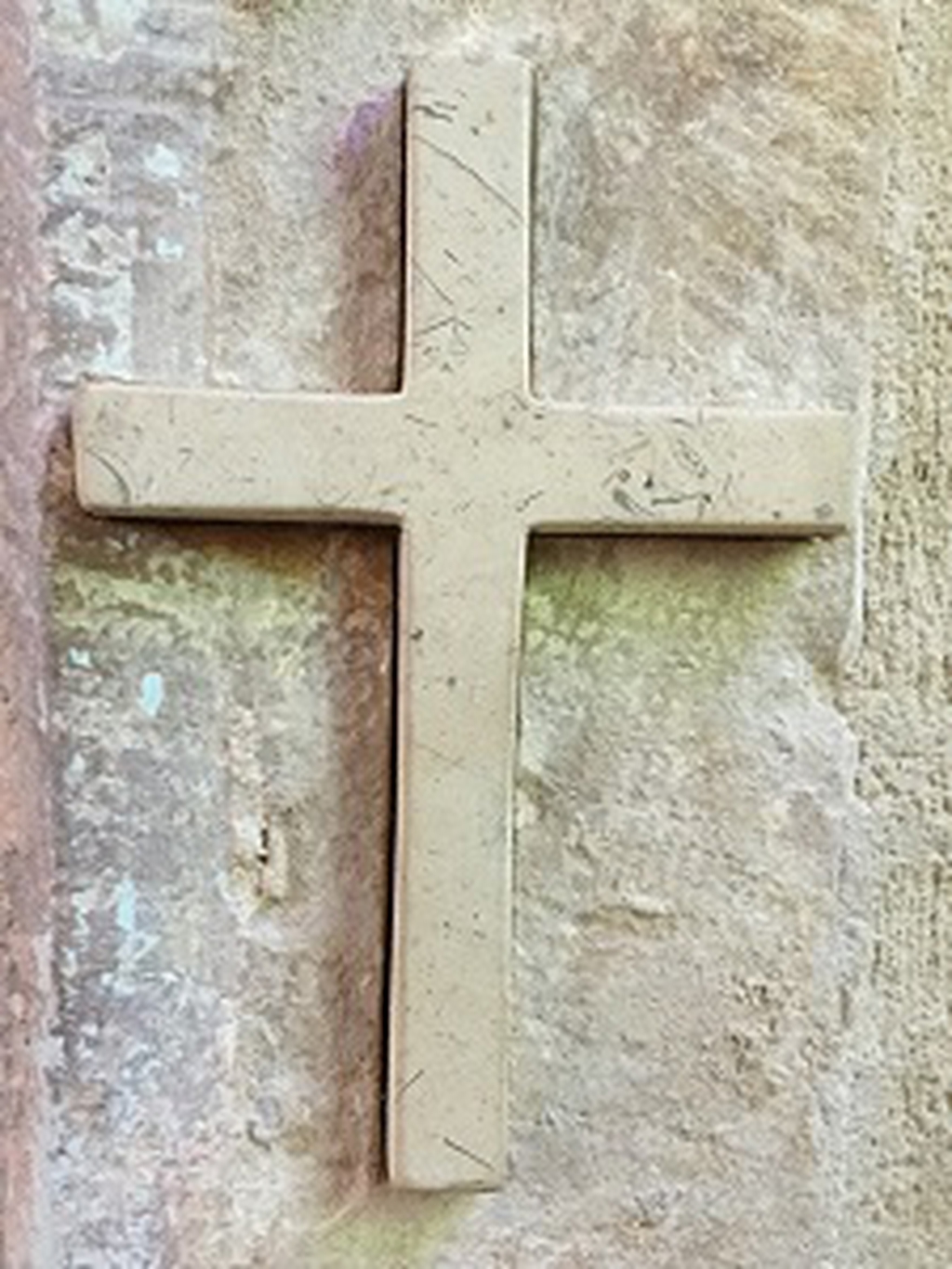 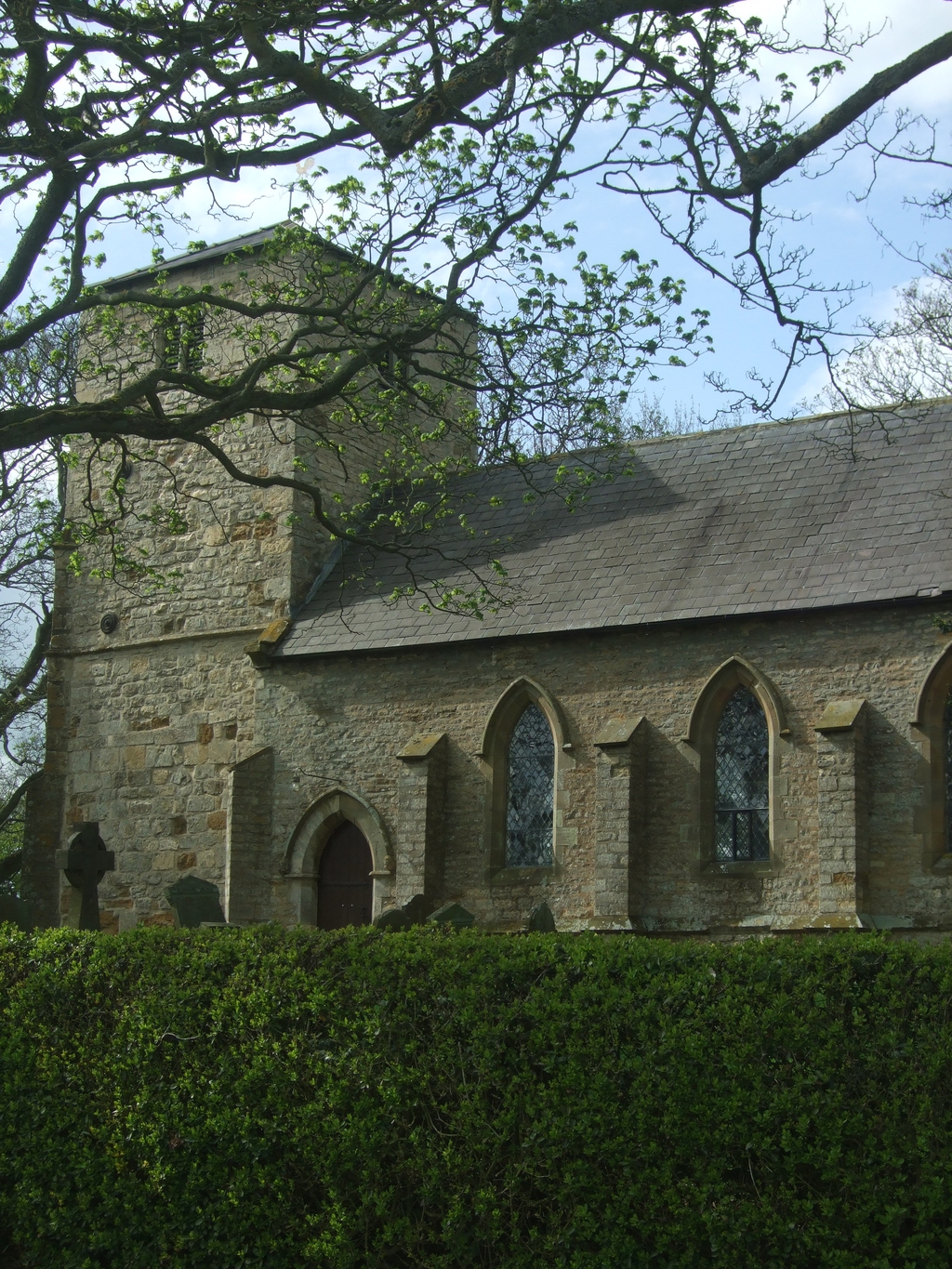 Friesthorpe w Snarford, the Churches of St Peter and St. Lawrence
Services and events
News and notices
About us
Keeping Safe
Our next service will be on Sunday 24 July at 9am - Holy Communion
Our Second Plaque
St. Peter's Church
The Beechey Family
Find us
Church Lane Friesthorpe Lincoln
Get in touch
01673 842759
Facilities
More information
Edit this Church

We are a tiny hamlet in Lincolnshire, but we have a BIG history.     In Victorian times, we had a Rector with a very large family - 8 sons and 6 daughters, his name was Reverend Prince William Thomas Beechey.    All 8 sons signed up to fight for King and Country in the Great War, but only three returned.    They are remembered in our church, with a beautiful stained glass window, and a stone cross, especially commissioned by BBC Radio Lincolnshire.   Six crosses were made, from oolithic limestone originally from Lincoln cathedral.    Five have been placed on the last known resting places of the five brothers, and the sixthl has been  installed in our tiny church soon.   Why not come and visit? our church is always open to welcome you.

How we were seen:

1851 Census gives the population as 62.   St. Peter's Parish Church, consecrated The Lord knows when - in the olden time.  Erected - the body of the church was rebuilt in 1840.  Cost defrayed by private benefaction, subscription or other sources.   Total cost £245.  Endowed with land £5, tithe net £100.  Sittings All free.  Total Sittings 72.  On 30th March in afternoon General Congregation 24.   Average attendance during previous 12 months In Morning General Congregation 12.  In afternoon, General Congregation 20.  Remarks: only one service each Sunday which is performed alternately, morning and afternoon.  Signed John Otter, Churchwarden

According to White's 1856 Directory - Friesthorpe is a small parish, 6 miles S.S.W of Market Rasen, containing only 62 souls, and 586 acres of land, mostly belonging to the Hon. and Rev. H.C. Cust and the Dean and Chapter of Lincoln.   The church (St. Peter) was an ancient thatched fabric, which was unroofed by the high wind of 1839, but was rebuilt in 1840 at a cost of £235.    It is a discharged rectory, valued in K.B. at £4.10s. and now at £114.   The Dean and Chapter of Lincoln are patrons, and the Rev. Richard Garvey, M.A., of Lincoln, is the incumbent; for whom the Rev. Rt. Augs. Lafargue, of Market Rasen officiates.  DIRECTORY: John Page, tailor; Mr. Clark Robinson; and John Brown, John Locking, John Otter, Mrs. Mary Walker, and John Ward, Farmers.

By 1872 we have a different record:  Friesthorpe is a small parish, 6 miles S.S.W of Market Rasen, and 1 mile W. of Wickenby railway station, containing only 44 souls, and 586 acres of land, mostly belonging to the Hon. H.C. Cust and the Ecclesiastical Commissioners.  The Church (Saint Peter), an ancient thatched fabric, was unroofed by the high wind of 1839, but was rebuilt in 1840, at the cost of £235; it consists of nave, chancel and tower, containing three bells.   The benefice is a discharged rectory, valued in K.B. at £4.10s and now at £370, with that of Snarford annexed.  The Bishop and the Dean and Chapter of Lincoln are the patrons alternately, and the Rev. Henry William King Fardell, M.A., is the rector, and has a neat residence.  DIRECTORY: Rev. Henry William King Fardell, M.A., rector; John King Otter, corn and manure merchant; Francis Otter, manager; and John Brown, (Manor House), Henry Cottingham, Mrs Mary Cottingham, William Newcomen, and Mrs Mary Otter, farmers.    Letters via Market Rasen, which is the nearest Money Order Office.

In 1964 Pevsner said: 1841 by Young of Lincoln (GR).  Lancet windows and windows with Geometrical tracery.  Medieval the unbuttressed W tower with E.E. bell-openings and a Perp W window, and the E.E. chancel arch with its keeled responds - i.e. genuinely E.E.

In 1965, this entry appeared in "Lincolnshire - a Shell guide" - "Friesthorpe - The church has an ancient tower but the rest is dull, rebuilding by Young of Leicester.

In 1989, Lincolnshire Churches Revisited by Henry Thorold:  Friesthorpe - an unassuming little church of 1841, attached to a medieval tower: lancet windows, everything basic - but a white-painted glistening interior, with painted pews and clear glass windows: just the way to treat a little church like this.

Also in 1989 Pevsner: - Nave and chancel rebuilt in 1841 by Young of Lincoln (GR) Lancet windows and windows with geometrical tracery.  Medieval the W tower with E.E. bell-openings and a Perp W window, and the E.E. chancel arch with keeled responds.  Coloured glass in the E window tracery lights, C18.

A fine specimen of the beluga sturgeon (Acipenseridae) was caught on Tuesday, by Messrs. H. Cottingham, F. Brown and C. Toyne in a narrow drain with only four feet of water which runs by the side of Mr. Cottingham's farm at Friesthorpe, between the above farm and what is commonly known as Friesthorpe Ings, about six miles from Market Rasen.   The fish was sent to Mr. Spenser's in Sincel Street, Lincoln: it weighs 111 lbs and is 6' 10" in length.   The extraordinary thing is how it got to where it was found - a distance of about 30 miles from the sea and 10 miles from the River Witham.   It must have lost its way from Boston Deepe and faced the flood stram up the Witham and turned into the Barlings and Snarford river at Bardney, and so found its way up a narrow drain.