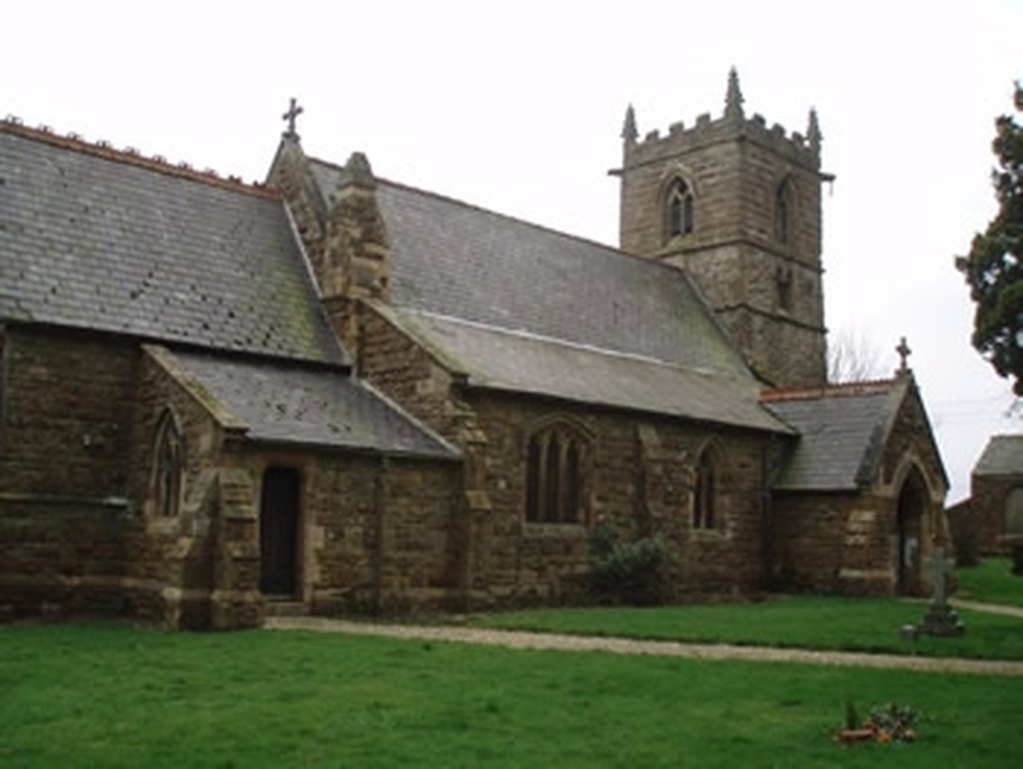 The village of Normanby-le-Wold has a population of between 60 and 70 and within its parish boundaries has the trig point for the highest point of Lincolnshire at 550ft. It is a farming community, mainly arable but with some livestock.

St Peters church is used regularly for worship and the harvest festival and carol services are particularly popular, drawing visitors from the area as a whole. St Peters is available for use by the whole community and many have celebrated their marriages and baptisms here as well as funerals and burials within the churchyard which is still open for use. The Viking Way long distance footpath passes the church and, as our visitors book records, many walkers take time to savour this quiet rural location and to visit the church to experience its peace.

St. Peter's Church, Normanby le Wold is situated at the eastern end of the village (at the end of the no through road). It is close to the highest point in Lincolnshire and from the churchyard there are commanding views over the Trent Valley and towards Lincoln Cathedral more than 20 miles away. The Viking Way long distance footpath passes down the bridleway adjacent to the church.

There has been a worshipping community on this site for many centuries and the Doomsday Book mentions a church at Normanby although today there is no trace of what was presumably an Anglo Saxon building. The present building was probably built in the 13th Century and the earliest parish registers, now held in the Lincoln County Archives, date back to 1561. By 1867 the building was described as "dilapidated" and the parish appointed Louth architect John Fowler to restore the church. During the following year he built an entirely new chancel, rebuilt the medieval south aisle, restored the tower, raised the roof of the nave, and added new windows, floors and pews all at a cost of £1000! In the 21st Century St Peters is in reasonably sound condition but significant repairs are envisaged within the next few years.