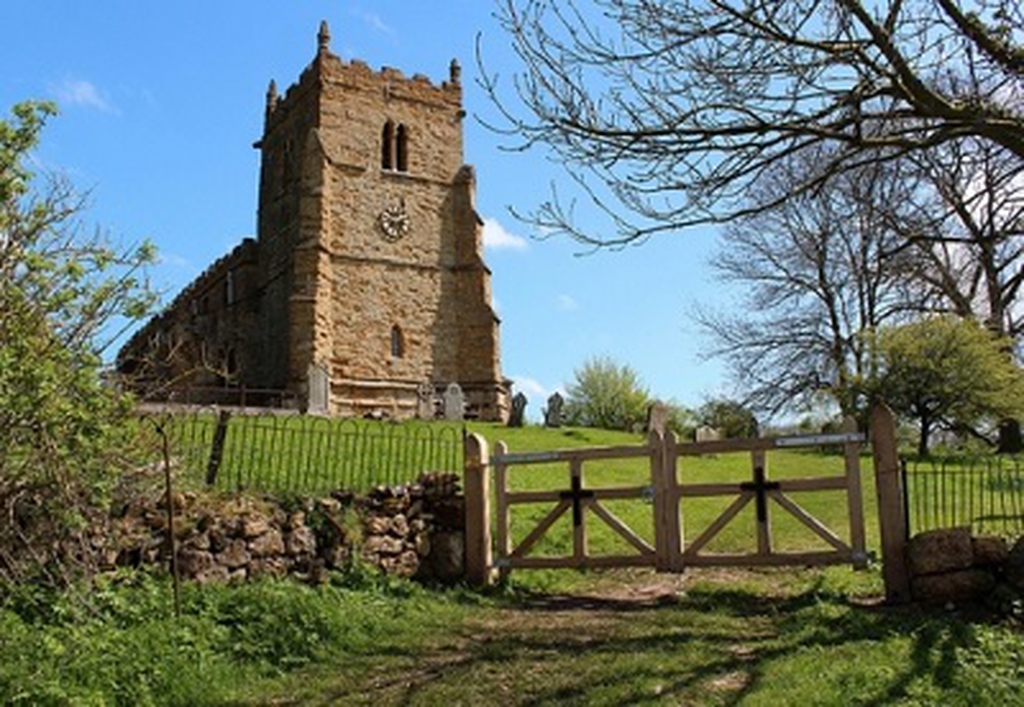 All Saints Old Church, Ramblers Church
Services and events
News and notices
About us
Find us
Walesby Market Rasen LN83BZ
Get in touch
01673 838380
Facilities
More information
Edit this Church

Walesby is mentioned in the Domesday Book, 1086, as Walesbi and means "farmstead or village of a man called Valr.

All Saints also known as The Ramblers Church stands in solitary dignity at Walesby escarpment overlooking the village of Walesby. Although St Mary's is the parish church now All Saints is still used and cared for by The Friends of the Old Church, formed in 1980.

The ever popular and always well attended annual Candlelight carol service is held on the second Saturday in December. Before dawn on Easter Sunday hardy souls walk up the ancient track to attend the traditional Dawn service and then afterwards everyone is invited to enjoy a welcome breakfast at the Rectory in the village. The Ramblers also have a special service on Trinity Sunday.

Very near the church is a Signal Beacon. Although this wasn't an original site for a beacon West Lindsey CC financed and suggested that it would be a suitable site. It is a replica of those lit in 1588 to alert the local militia to the arrival of the Spanish invasion fleet. This was erected in July 1988 and lit 19th July 1988 as part of the Beacon chain to commemorate the 400th anniversary of the sighting of the Great Spanish Armada.

All Saints is about 3.25miles NE of Market Rasen and stands on the Viking Way at one of the highest spots in Lincolnshire. (Normanby le Wold is a few feet higher) The Viking Way runs from the South Bank at South Ferriby (having run through Yorkshire as the Wolds Way) into Lincolnshire and continues down to Rutland. The Old church has become a place of pilgrimage and popular for ramblers. Hence the adopted name of The Ramblers Church.

The church is accessed from Walesby village by an ancient if somewhat muddy track of about 500 yards, also from across the fields and over stiles from Walesby Hill and from the SE from Tealby.

Situated in the picturesque Wolds, the view from the church is quite spectacular across the plains and on days of good visibility Lincoln Cathedral, 20 miles away, can be seen with the naked eye.

There is evidence that the ancient site of which the Old Church stands has Saxon or Norman foundations. The church represents every period from 12C to 15C architecture.

The church has eight bells, two surviving from the medieval period. The clock was given to mark the Silver Jubilee of King George V and its ‘Guilford Chimes' strike on all eight bells, unlike the more usual five bell chime.

There is written evidence that the church was repaired and re-roofed in the 1820's for the expense of nearly £1000. However the church did fall into disrepair and an ‘iron church was erected in 1881 in the village.

All Saints was renovated in the 1930's and became known as the Ramblers Church. A beautiful stain glass window depicting walkers and cyclists was donated by the local ramblers in 1951.Renovation work was also carried out in the 1980s.Recently substantial work was carried out on the Tower to make it safe to ring the bells.

After a steep walk up the track, visiting All Saints is a rewarding experience.