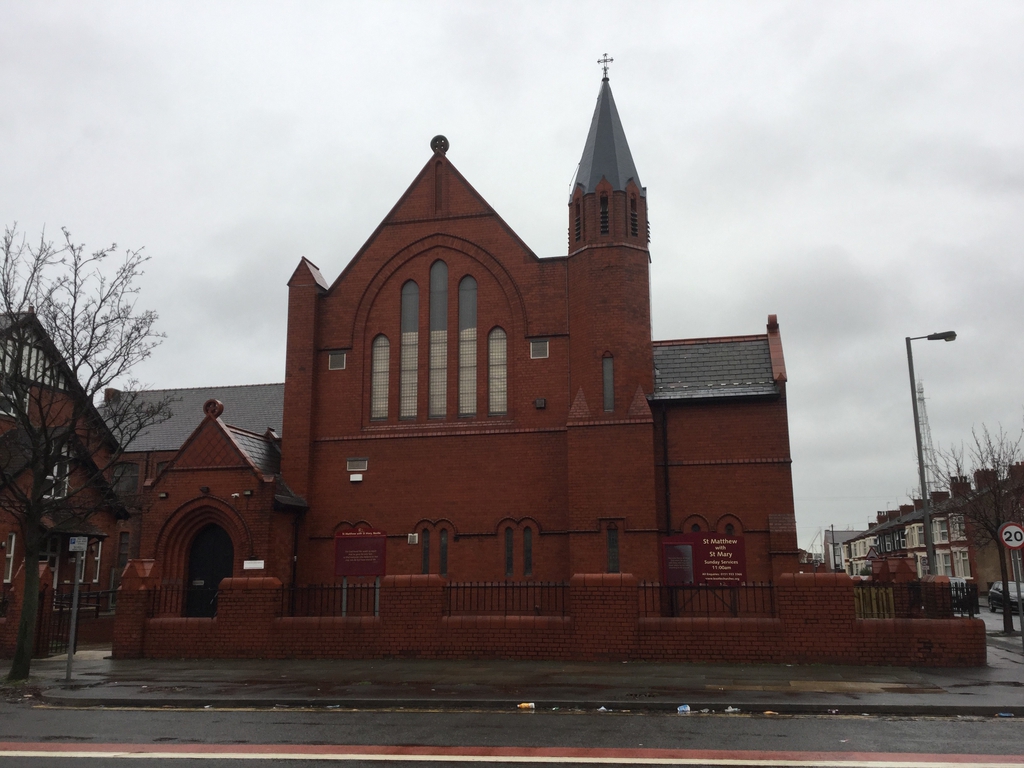 A POTTED HISTORY OF BOOTLE AND ITS CHURCHES

The three main churches of the team were St Matthew on Stanley Road, Bootle, built in 1887, the original church of St Leonard on Peel Road built 1889 and St Andrew, Stanley Road built in 1903.

Unfortunately, the church of St. Andrew, Litherland also closed and as a consequence Bootle Team Ministry ended on 16th February 2019.

The new single parish of St. Matthew and St. Leonard came into being on 17th February 2019, with a Service of Celebration attended by the Archdeacon of Knowsley and Sefton.

Each church has a significant history:

1941 saw Bootle in chaos due to the second world war.

St Matthew's escaped being bombed and was used as a shelter.

St Andrew's hall was being used as a emergency rescue centre, with 37 homeless people there when bombs hit and destroyed the building. Among those killed were 5 women's voluntary workers.

The May blitz of 1941 also saw the end of St Leonards, when a firebomb lodged in a inaccessible place between the tower and the church roof and destroyed the old church building. Afterwards a temporary church was constructed and a new building was finally built and consecrated in 1968.

Within the boundaries of the single parish there is a new school, which was formed in 2008, after the closure of Beach Road, Primary and William Gladstone, Primary. It is called Rimrose Hope Cof E Primary school.

Regular Holy Communion Services are held at school, on 2nd and 4th Thursdays at 8am.

On 24th November 2019, 15 pupils received Holy Communion before Confirmation, at a well attended service in St. Matthew's church. we look forward to some of these pupils Confirmation in the New Year.

St Leonards Community Hall, along with many youth activities, houses the Sefton foodbank.