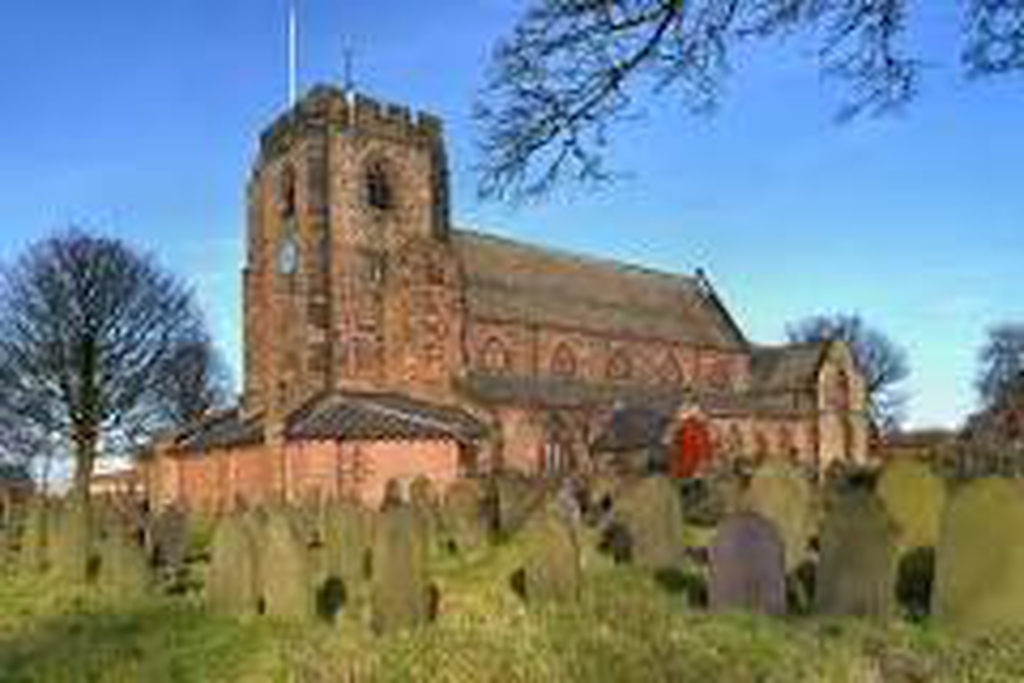 St Nicholas' is built in stone rubble with slate roofs.  It is in Gothic Revival style. The plan consists of a five-bay nave with a clerestory, north and south aisles, a west tower, a three-bay chancel with a south organ loft, a north vestry, and a south porch. The tower has diagonal buttresses, a three-light west window, two-light louvred bell openings, and a stair turret. Around the summit is an embattled parapet. The chancel has gabled buttresses, and is surmounted by a parapet supported by corbels. The stained glass in the east window dates from 1879; it was designed by Henry Holiday and depicts Faith, Hope and Charity. Elsewhere is stained glass dating from the 1850s and 1890s.

This lovely Victorian Church was dedicated to Saint Nicholas, was built by King's College, Cambridge, to commemorate the fourth centenary of the foundation of the College, and was consecrated on 4th June 1849 by the Right Reverend John Graham, Lord Bishop of Chester and Provost of Kings College, and the Vicar of Prescot, the Reverend R. W. Sampson of Prescot assisting. The Reverend H. E. Vallancey, one of the Senior Fellows of King’s College, was instituted as the first vicar on 10th July 1849 and was inducted on 4th August 1849. It was designed by Sharpe and Paley. St. Nicholas is a Grade II listed building, with an East Window designed by Henry Holiday, the Pre-Raphaelite artist.

Our strong link with King’s College has continued to this day. We have a four-part harmony choir which has been affiliated to the Royal School of Church Music since 1973, including a strong junior section.

The Father Willis organ was provided by William Pilkington in 1865 and is still in regular use. Gas lighting was installed in 1889. Electric lighting was not installed until 1949.

St. Nicholas must have been well attended because a second church in Sutton was needed. The foundation stone of All Saints was laid in 1891, and the church was consecrated in 1893. St. Michael’s church was built much later in 1952. St. Nicholas, thus, is the original Parish Church of Sutton. It is often referred to locally as “top church”.

In 1897 Charlotte Hughes of Sherdley Hall added the tower at St. Nicholas, and, later, the pews. If you look at the front two pews, there are plaques to that effect, requiring that these pews should be: “For ever allocated to the use of Sherdley Hall”!

The extension includes toilet facilities, a refurbished kitchen, vicar’s vestry and the St. Cecilia Vestry Chapel- the patron saint of music. It was completed and dedicated in 1992. A new floor was laid in the church in 1995, and a new sound system was installed in 2011 in memory of faithful church members.

The Church has seen much over the years- joy and sorrow, tears and laughter. It has heard the sounds of warm and known peace. It has seen storm and tempest, is being affected by vandalism, and yet it has remained solid and dependable, speaking of all that is faithful and true within our community.