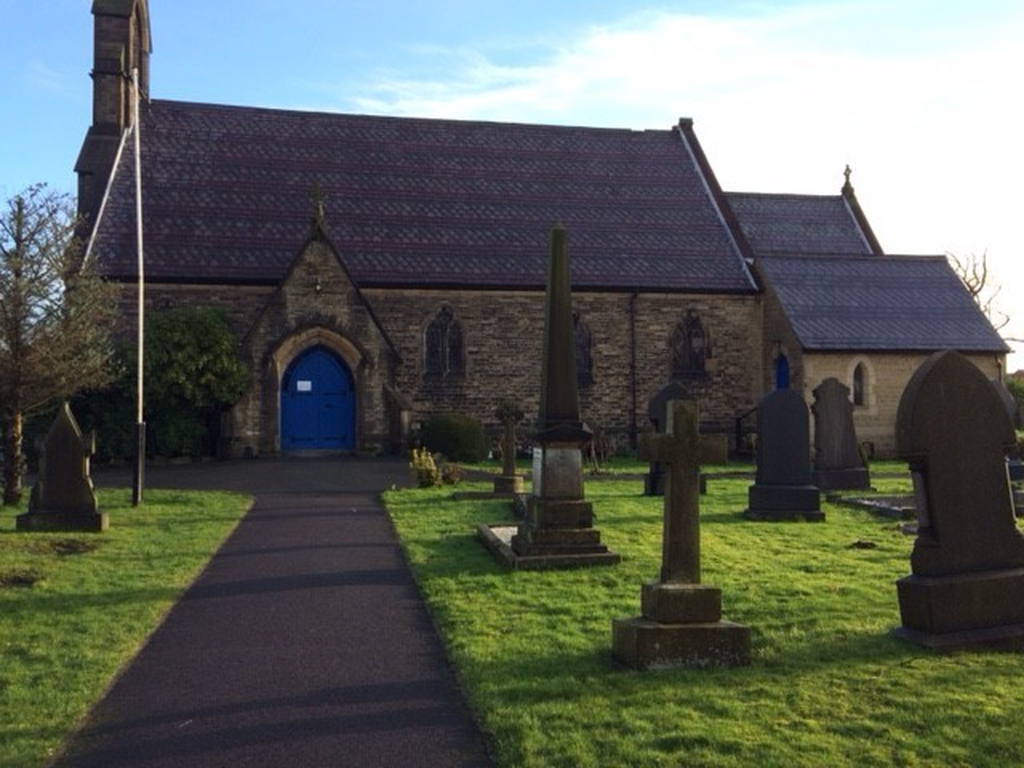 The story of our church begins around the year 1850 with the building of Knott's Mill when a number of Anglican families moved into the area. They had a long journey to attend the nearest church, St. Luke's, as all of Lowton was one parish at that time. However, for their convenience, services and a Sunday school were held in what is now a public house " the Church Inn.

But it wasn't long before William J. Leigh, who was M.P. for South Lancashire, saw the need for a Church and a School in the area and he gave the site for the Church and the old school. Miss Mary Leigh of Hale, near Liverpool, offered to be the Patroness and provided most of the money for the buildings. She was a descendant of a Mr. Leigh, a tanner, who lived at Lowton Hall Farm in the 18th century, and she had inherited the estate.

The architect responsible for the building of the Church was Mr. Edward G. Paley of Lancaster who drew up the plans in May 1858. In 1859 the contract to build was given to James Fairclough of Wigan, the cost being £1,073.15s.Od (£1,073.75). The first sod for the foundation of the church was cut by a Mr. J. Smith and turned over by Mr. Foster, Rector of St. Luke's Church. The building of the church was completed before May 1860 and a further eighteen months was then allowed for the equipping and furnishing of the building.

Most of the area which now forms the Diocese of Liverpool was, at that time, in the Diocese of Chester, and so it was the Lord Bishop of Chester who Consecrated and opened the Church of Lowton St. Mary on Thursday, 21st November 1861, and the Deed of Consecration bears his signature. Witnesses to the signing of the Deed were F. G. Hopwood, Rector of Winwick, Thomas Foster, Rector of Lowton St. Luke's, and John Whiteley, Rector of Newton.

The first Vicar of St. Mary's was the Rev. James William Smart Simpson. The first Churchwardens were two farmers " John Battersby and James Leather. The aforementioned J. Smith was appointed as sexton, clerk and apparitor. He carried out his duties at the church for thirty five years and was paid £5 a year! He lived and died in a thatched cottage, now demolished, which stood near the playground car park.

The Deed of Consecration is a lengthy and complex document but, nevertheless, very interesting. In speaking of the benefactors, it reads: "Mary Leigh of Hale, aided by the voluntary subscriptions of divers other pious and well disposed persons hath caused this Church to be erected." It concludes: "She has