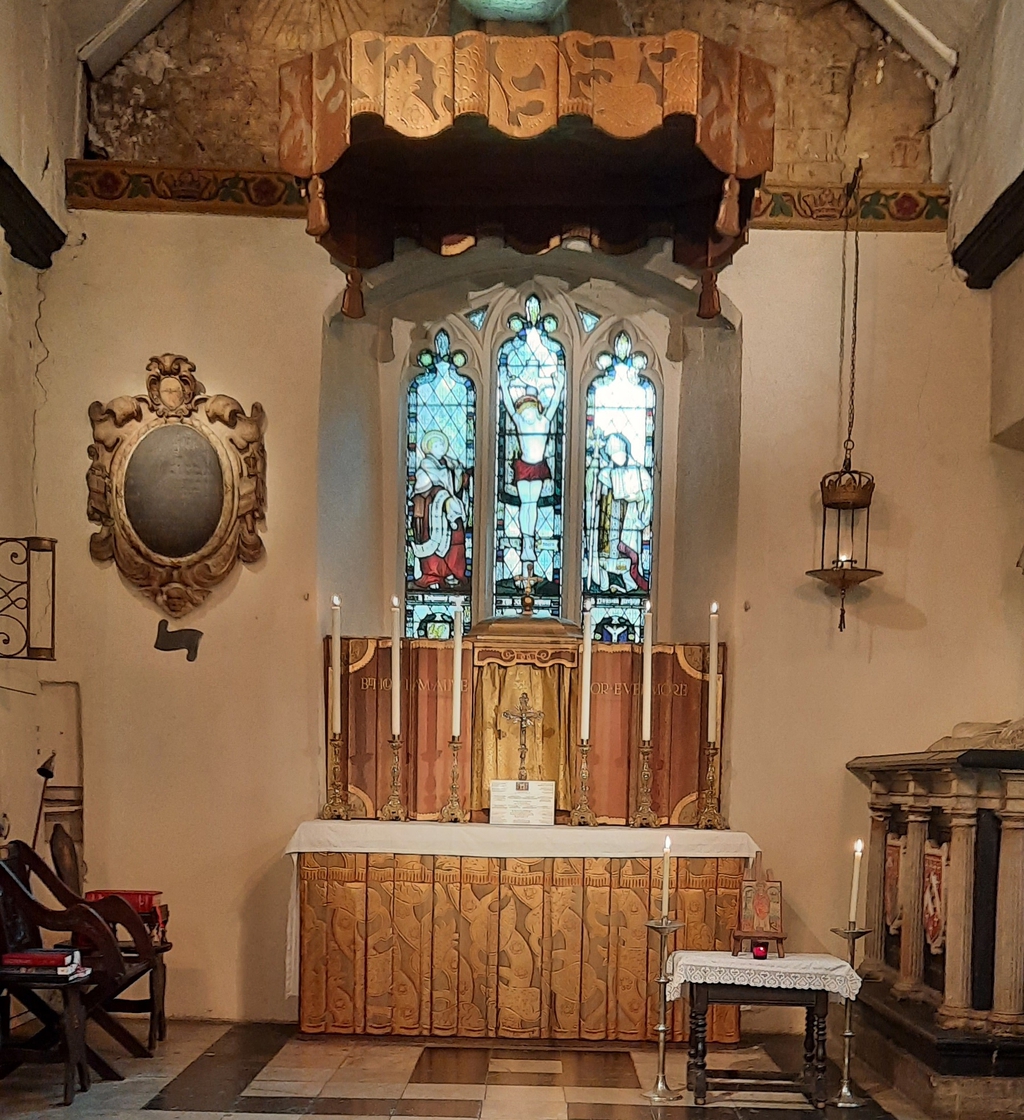 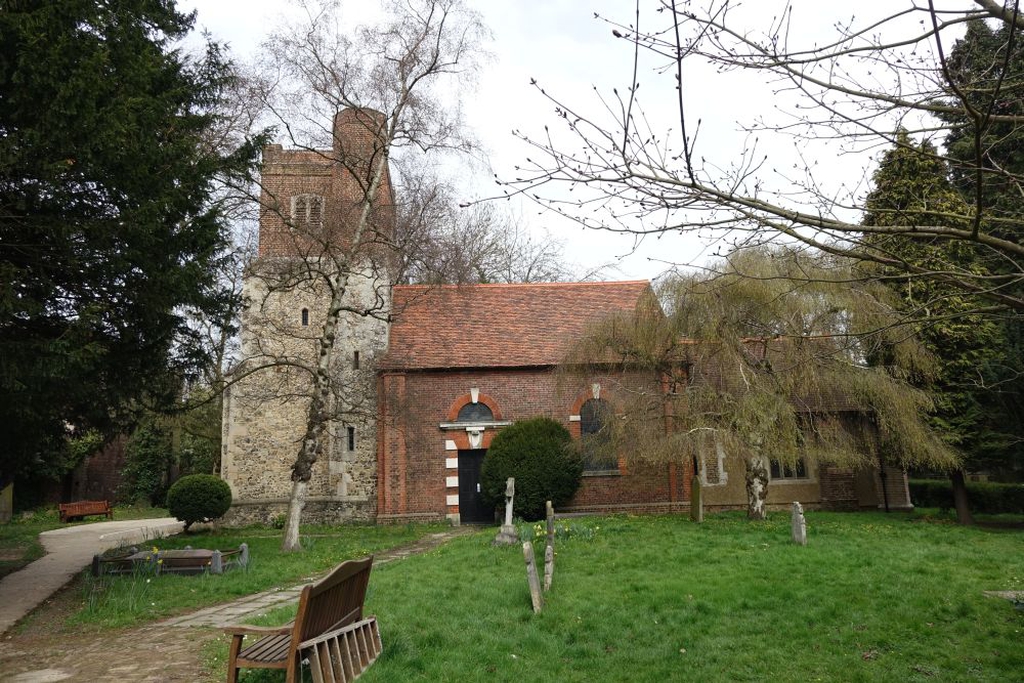 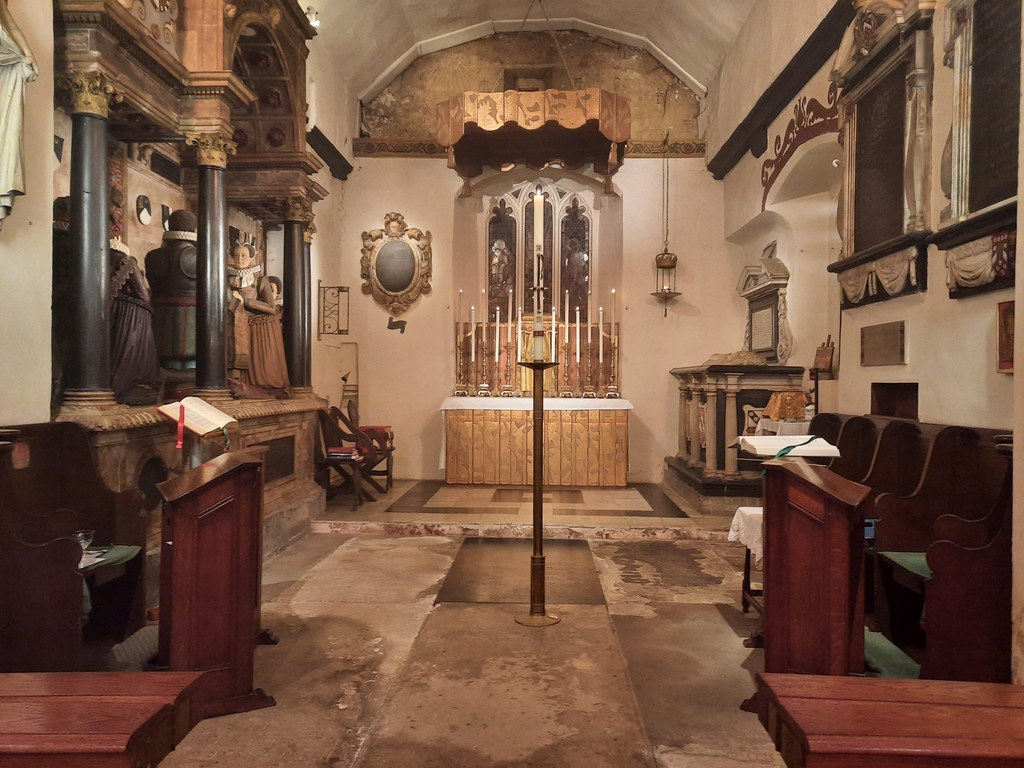 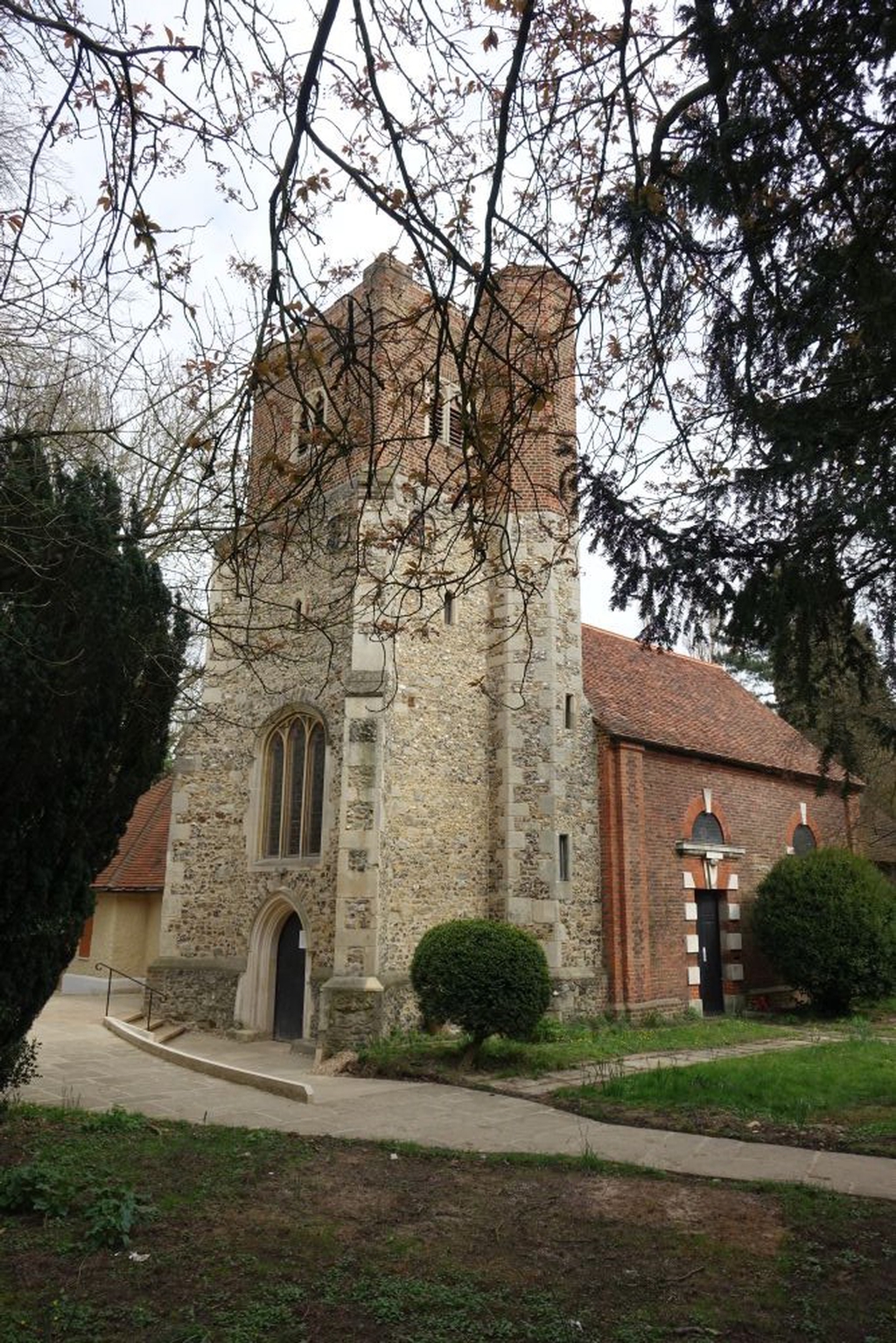 St Dunstan's, Cranford
Services and events
News and notices
About us
Safeguarding
Find us
Cranford Park.
Get in touch
(020) 8897 8836
Facilities
More information
Edit this Church

This is a Forward in Faith parish (affiliated to The Society) which has passed a Resolution under the House of Bishops' Declaration and is therefore under the Episcopal Jurisdiction of the Bishop of Fulham within the diocese of London. S. Dunstan's is a medieval church mentioned in the Domesday Book, but the site as a place of worship predates the Norman Conquest. The ring of 6 bells includes the oldest ringing bell in the diocese of London which was cast at Aldgate around 1380. Above the Altar are the remains of wall-painting dating to about 1320 depicting the Assumption or the Coronation of Our Lady. There are magnificent monuments in the sanctuary. The nave fell victim to a fire in 1710 and was rebuilt in red brick by the Berkeley family. J. L. Pearson reordered the church in 1895 and then more major work was carried out in the 1930s under Father Maurice Child by Martin Travers. Amongst the alterations were a new stone Altar (the reredos of which converts into a Throne of Exposition for Benediction of the Blessed Sacrament) and baldacchino in Counter-Reformation baroque style together with a statue of Our Lady which is topped by a rather high spire. At the end of a very productive life Travers regarded Cranford as his finest work. In April 2014 a splendid new sacristy and meeting room was completed replacing a life-expired structure dating from the early 1950s. Previous Rectors include Blessed John Hale who was the first secular priest to be martyred at Tyburn. He was beatified by Pope Leo XIII, and his Feast Day is on May 4th (The English Martyrs). Another Rector was the distinguished 17th century church historian Thomas Fuller who is also well-known for "Fuller's Worthies". Fuller was the first church historian to comment in any length on the dissolution of the monasteries and its effect in any detail until the twentieth century.