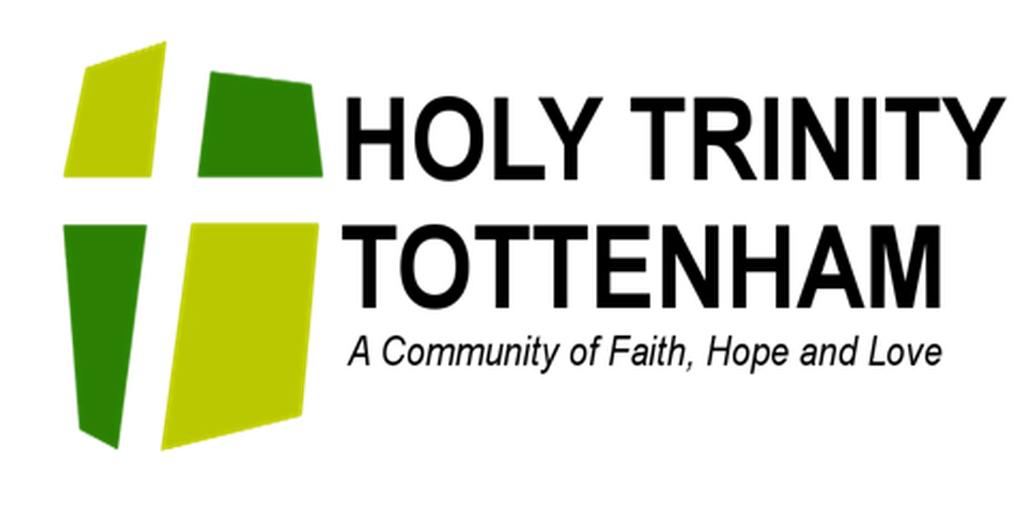 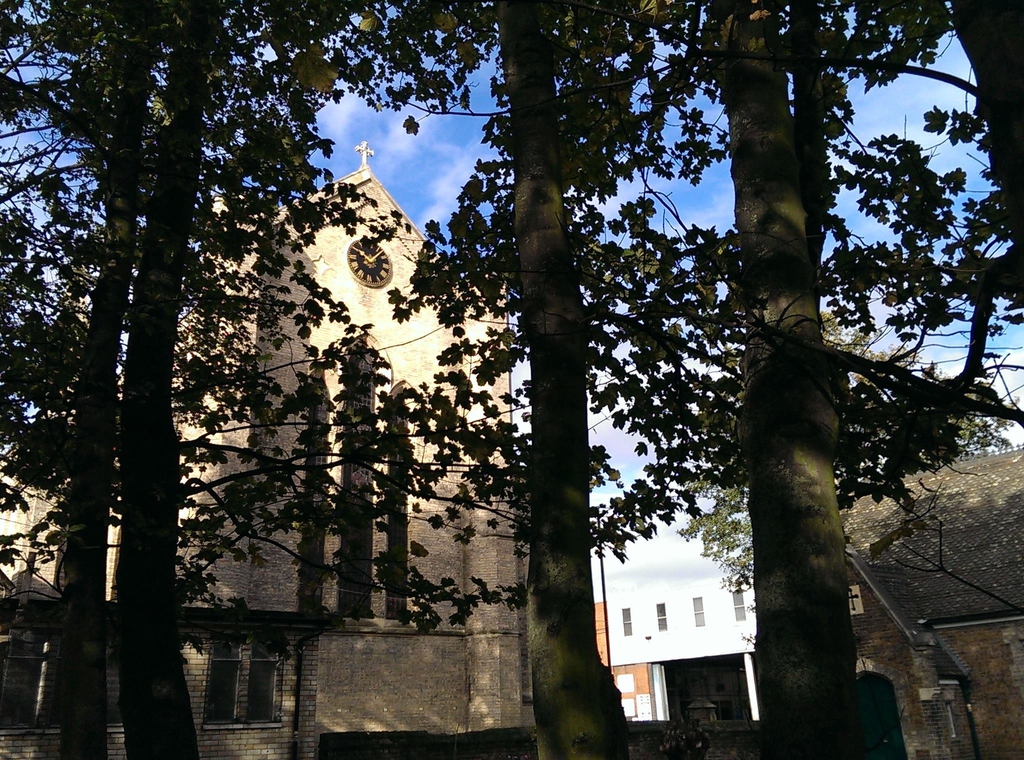 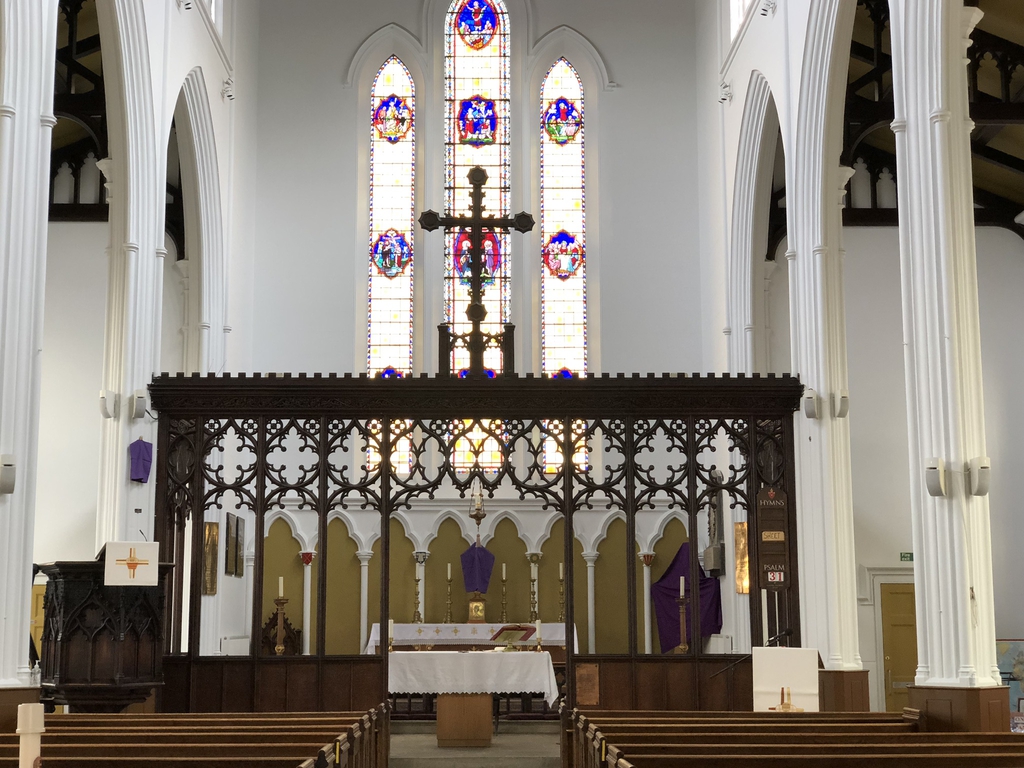 Holy Trinity was the second church to be built in Tottenham after All Hallows. It was first consecrated as a Chapel to serve the growing population in the southern end of the Parish of Tottenham. The original cost was met by public subscription and parliamentary grant authorised under the Church Building Act 1824 for “new churches to cater for the needs of the new industrial towns.”

The first stone was laid in May 1828 and it was consecrated on 26 May 1830. The original building cost £5205 and provided seating for about 800 in the original church. New seating was provided in July 1906 when the capacity of the church was reduced.

A district chapelry taken from the partner parish was assigned in 1844 and perpetual curates were thereafter appointed by the Vicar of Tottenham.

History of our Church Building

Holy Trinity Church is a simple and beautiful Church designed by James Savage. It built 175 years ago (1828– 1830). Savage modelled the church on King’s College Chapel Cambridge.

Description of the Church

The church was designed in yellow stock bricks by James Savage. It is a plain building comprising a nave, sanctuary, and aisles, when new it was highly praised, although the crocheted pinnacles were condemned as Perpendicular blemishes in an otherwise austere work in the early English style. A school between the church and the High Road was built in 1847.

The Gentleman’s Magazine of 1831 reported: “The Chapel may rank among the best structures in Pointed style which we have met with in the course of our surveys. It is situated on the west side of the High Road at the entrance to the village, and not far from the well known Seven Sisters (A grove of seven mighty trees).

The materials are brick and stone … In the adoption of the early or lancet style of architecture, Mr Savage has displayed good taste and better taste in keeping, with some exceptions to one style in his building. The plan shows a nave, or body with side aisles, which at their extremities fall short of the central part of the building, making a small chancel at one extremity, and a space for vestibules.”

The church stands opposite Arriva Bus garage on Philip Lane. The garage stands next to the erstwhile and famous public house: The Swan. The Swan is an ancient inn – there is a record in the parish register of a quarrel there in 1610.

High Cross pump stands opposite. The old pump was removed in 1859 and the present pump erected. Today, Haringey Borough Council plan to renovate the pump once again. In 1905, Tottenham Fire Station stood next to the pump.

The site of the church and school, although a part of Tottenham Green, was a “generous grant” from the lord of the manor, Sir William Curtis. A pond occupied part of the site but was filled in to allow the construction of the church. The school no longer shares the site. Instead, The Green Church of England School, can be found a couple of hundred metres away in Somerset Road, next to a building once occupied by the Tottenham Grammar School.

Tottenham is an area of deprivation. It is the home of an ethnically diverse community who live together in harmony. The local community is culturally rich and many faiths are represented. There is a strong Muslim presence and a Jewish Community, and Greek Orthodox Retirement home in the parish. Tottenham offers sanctuary to many refugees and asylum seekers. Haringey Borough Council and a number of other agencies have active plans for the regeneration of Tottenham. Despite this deprivation, there are many small offices and factories dotted around the parish, some in the clothing and high tech industries. Equally many people commute daily into the City of London or West End. The Parish contains both council and private housing.

Holy Trinity Parish is still a transport hub of considerable significance. It contains two Victoria Line stations, and three National Rail lines. One provides a direct express link to Stansted Airport and there are excellent rail links north to Cambridge, south to Liverpool Street and the City of London, to east and west and direct into the West End of London. Tottenham Bus Garage is opposite the church, and many buses stop next to the church, either in the High Road or in Philip Lane. The busy Tottenham High Road passes our Church. Nearby are the Lea Valley Regional Park, the Lea Valley Navigation and Tottenham Marshes.