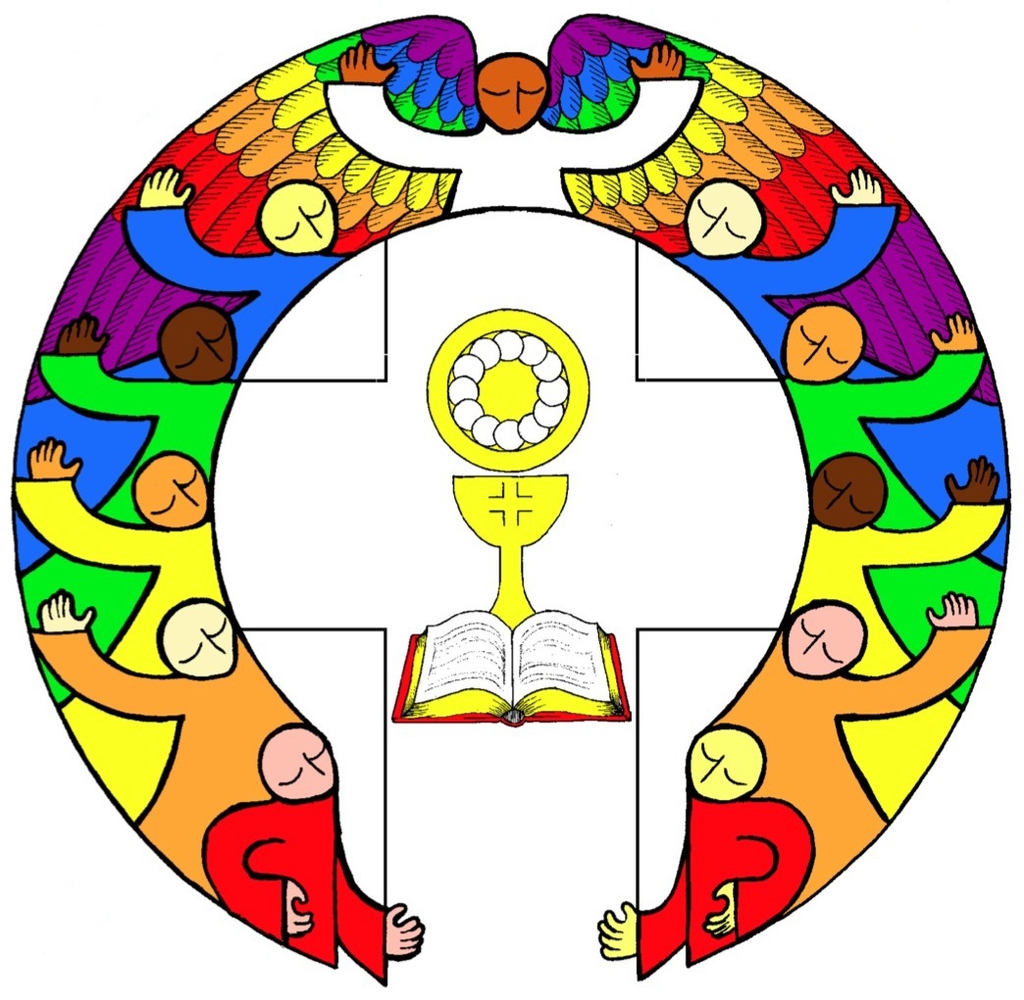 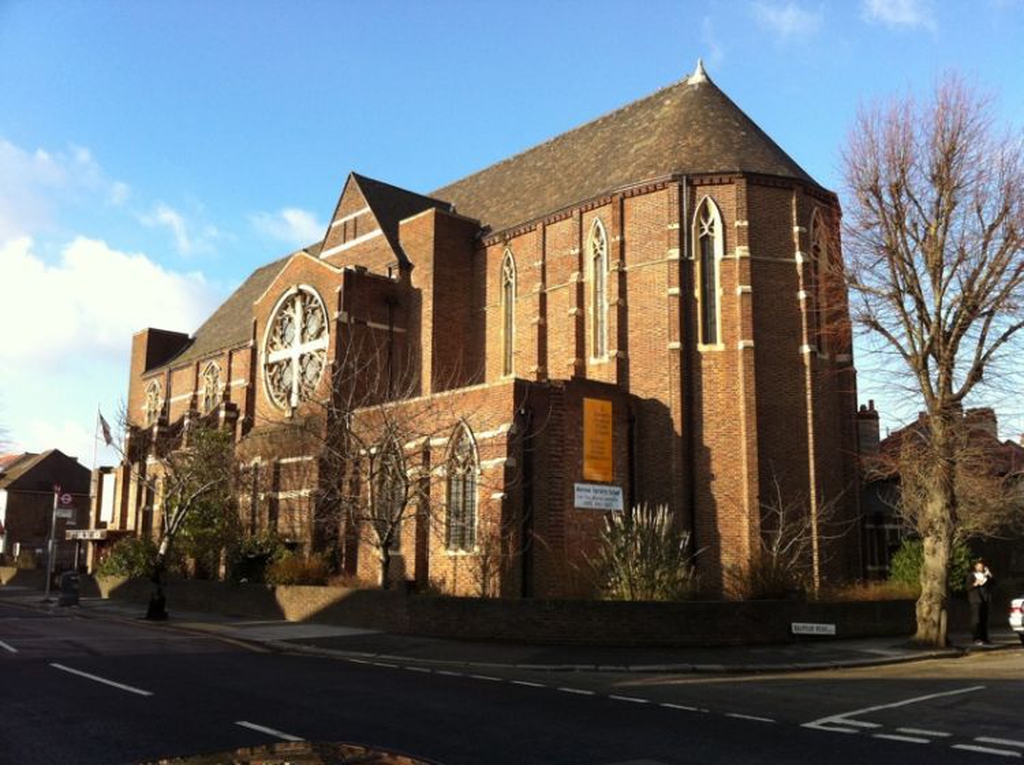 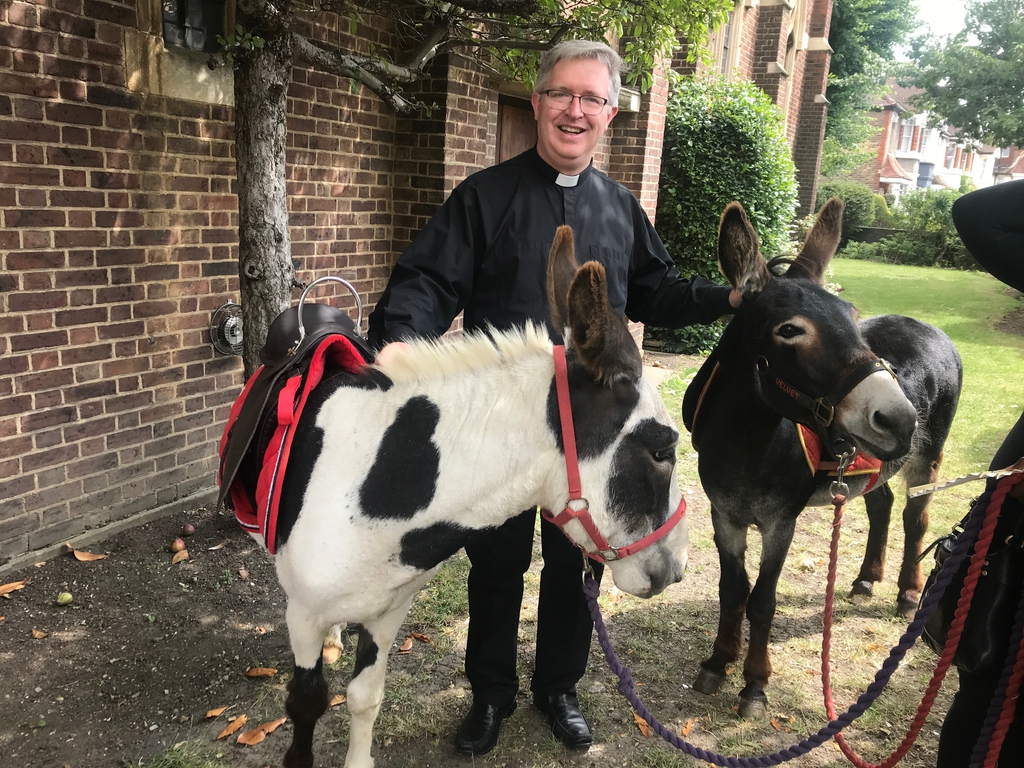 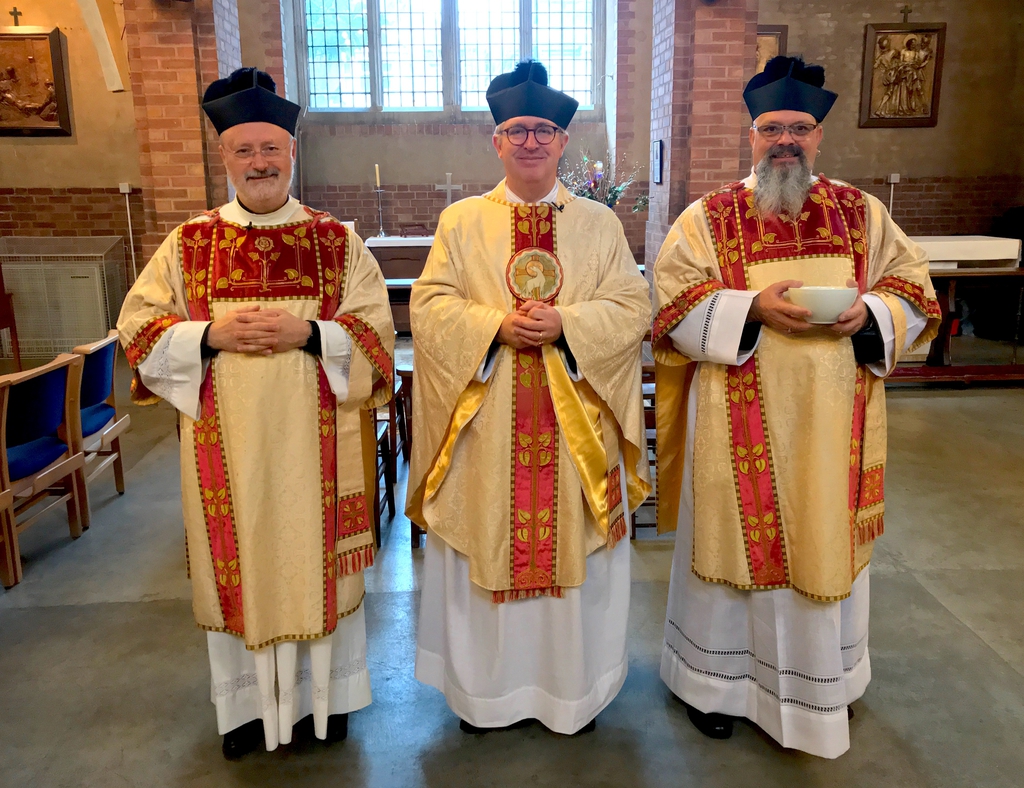 The Parish Priests of St Gabriel's over the years are listed below. In addition to these, there have also been a number of Assistant Priests and Deacons. In the first section below, you will find a list of our parish priests; then in the second section, short biographies of each of them.

About our Parish Priests:

The Rev'd Timothy L'Estrange trained at universities in London and Oxford, and was ordained in 1993. He is a third-generation priest (his father, uncle, and grandfather were all priests of the Church of Ireland). Outside the parish, Father L'Estrange is President of the Society of St Botolph, a Chaplain of the Order of St Lazarus of Jerusalem, and a Priest Associate of the Holy House at the Shrine of Our Lady of Walsingham. In his youth he was a qualified auxiliary nurse, working at St Mary's Hospital in Etchinghill, and for many years spent his spare time as ambulance crew with the St John Ambulance Brigade. He was also employed for several years on the paid staff of a heritage railway in southern England. In his ordained life he has been a Bishop's domestic chaplain, as well as serving three incumbencies, the latest being here at St Gabriel's since 2011. Father L'Estrange is one of the 26 godsons of the legendary Bishop Tony Tremlett (and the only one to have been ordained). In his spare time Father L'Estrange is a narrow-gauge railway enthusiast. He also enjoys travel, walking his (large) dog, watching TV detective dramas, and breeding cavies (guinea pigs).

The Rev'd Keith Robus served our parish for over 7 years. Father Robus was a great cook, and brought culinary delights to the parish, as well as a new impetus to our social programme. He had previously served at a neighbouring parish in Willesden. When not in the parish he was usually away with the Royal Navy, as a reserve Chaplain. Father Robus left us in 2009 when he decided to switch to full time service in the Royal Navy.

The Rev'd James Alcock is our longest-serving vicar, having been resident in the vicarage for 21 years. Father Alcock retired to a property in the parish, where he remained a familiar site riding his bicycle (and miraculously not getting his flowing cassock caught in the spokes) for many years. Father Alcock continued to celebrate weekday masses in our church until 2015, when failing health led him to give up regular celebrations.

The Rev'd John Ashby was a long-serving and respected parish priest, whose ministry at St Gabriel's was marked by great stability, parish plays, and innovative liturgy, including England's first Christingle service, now a familiar feature of Christmas in many churches and cathedrals.

The Rev'd Brian Horlock was our vicar for 5 years in the 1960s. In 1966 he employed a young teenage musician as Director of Music; that musician, David Carter, served for 54 years until his death in 2020. After St Gabriel's Father Horlock served churches in Scandinavia. Later he was appointed a Canon of the Anglican cathedral in Brussels, and he went on to serve as Dean of Gibraltar Cathedral.

The Rev'd Stuart Adams was a bachelor, and during his incumbency a clergy house was established at No 1 Balfour Road (next to the church) where Father Stuart and an assistant priest lived together. Father Adams ran a Nautical Training Corps unit in North Acton, and also serving as the national Chaplain of the NTC. He was a temporary Chaplain to the Forces during the war. He was parish priest of Holy Innocents, Hammersmith, before coming to us in 1953. He also served as Chaplain to Queen Charlotte's maternity hospital.

The Rev'd Edward Jones was vicar for 6 years after the war. He studied at both Dublin and Oxford universities, and then served his title in Twickenham. He became a missioner (LDHM) priest for Harrow Weald and Wealdstone, and then moved to St Gabriel's in 1946.

The Rev'd Cyril Cogan is our second longest serving priest, having served the parish for 17 years. He was our second full-time priest, but our first vicar. Father Cogan was a Canadian, educated and ordained in Newfoundland. Moving to London he became a London Diocesan Home Missionary (LDHM) for Twickenham in 1910, and oversaw the consecration of All Saints, Twickenham, where he became the first Vicar in 1914. Mentioned in Despatches whilst a war-time army chaplain, he was parish priest of a Lincolnshire village from 1918 to 1928, before returning to London as LDHM, and then Vicar, here at St Gabriel's.

The Rev'd William Marsh Rapson was our first priest (LDHM), but was our "missioner" and never our "vicar"; this is why our total number of vicars (over time) is one less than our total number of parish priests. His father was a Wesleyan minister from Cornwall, though William grew up in Kent. After leaving St Gabriel's (long before the church building was constructed) he became the vicar of St Anne's, Ambergate, in Derbyshire.