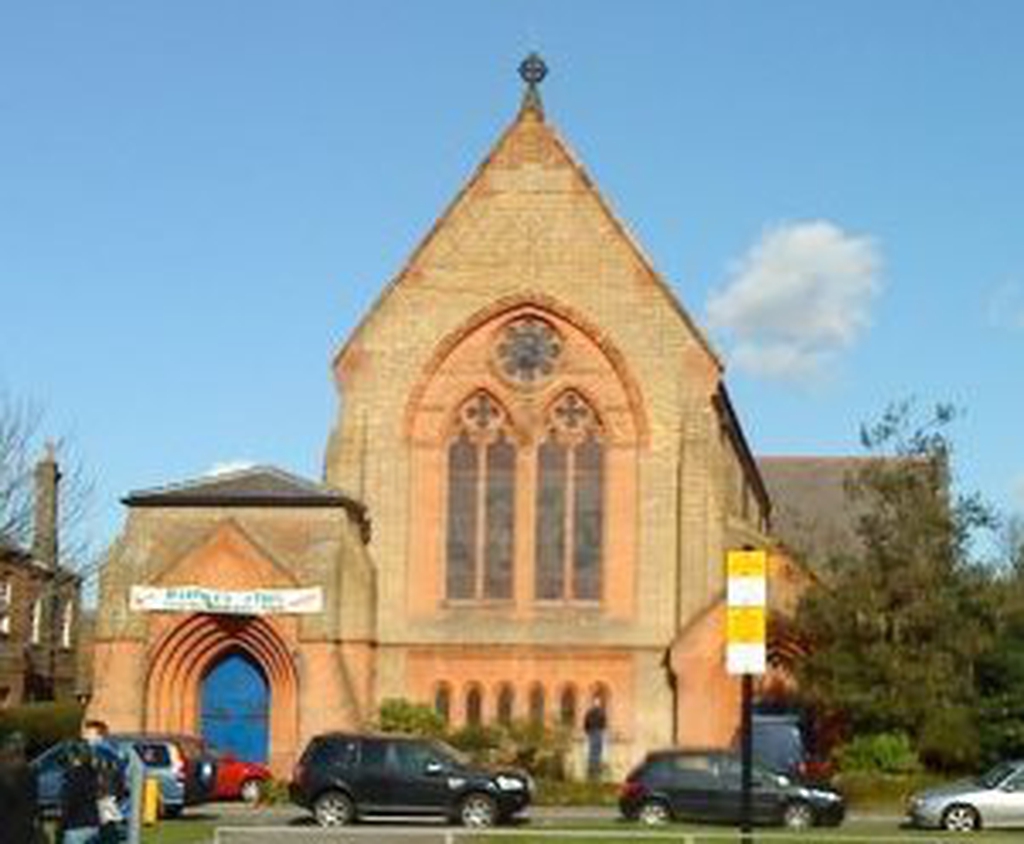 Our  Church has its origins in a temporary iron church erected on the triangle of grass in Grange Park in 1872.  At this time it was called the St Matthew’s Mission District Church.  The land was lent by Mr Daniel Radford, a member of the Congregational Church, Ealing Green, for as long as would be necessary.

St Matthews is a fine example of a late Victorian church, possessing exceptional stained glass windows and woodcarvings.  It is built of brown sandstone and red brick in the Gothic style with an apsidal chancel. It is unorientated.  There are the beginnings of a tower in the Entrance Porch, but this was never built.  Pevsner, the church historian, called St Matthews “a capacious red brick basilica". St Matthew’s is reputed to have the longest aisle in Ealing!

Work commenced on the canopied CHOIR STALLS and CARVED OAK PANELLING in the chancel in 1892 and took 4 years to complete It was designed by T W Cutler of Bloomsbury, an architect and made by Messrs Robinson of  Kingston upon Thames.  T W Cutler also designed the former Italian Hospital in Queen Square and a 19th cent italianate villa, which is now part of the University of Greenwich.

The Organ and organ case is by August Gern, who was foreman for Cavaille-Coll (builders of the organ in Notre Dame, Paris).  It is a three manual pipe organ, built in 1884. The organ was completely rebuilt and enlarged in 1912.  The organ was more recently improved in 1995.

The 1ST WORLD WAR MEMORIAL SCREEN was designed by Mr Reginald Hallward (1858 – 1948) , the noted stained glass artist and resident of the parish of St Matthews.  We also have five of his stained glass windows. He was chosen to make the War Memorial tablet in St George’s Chapel in Westminster Abbey.