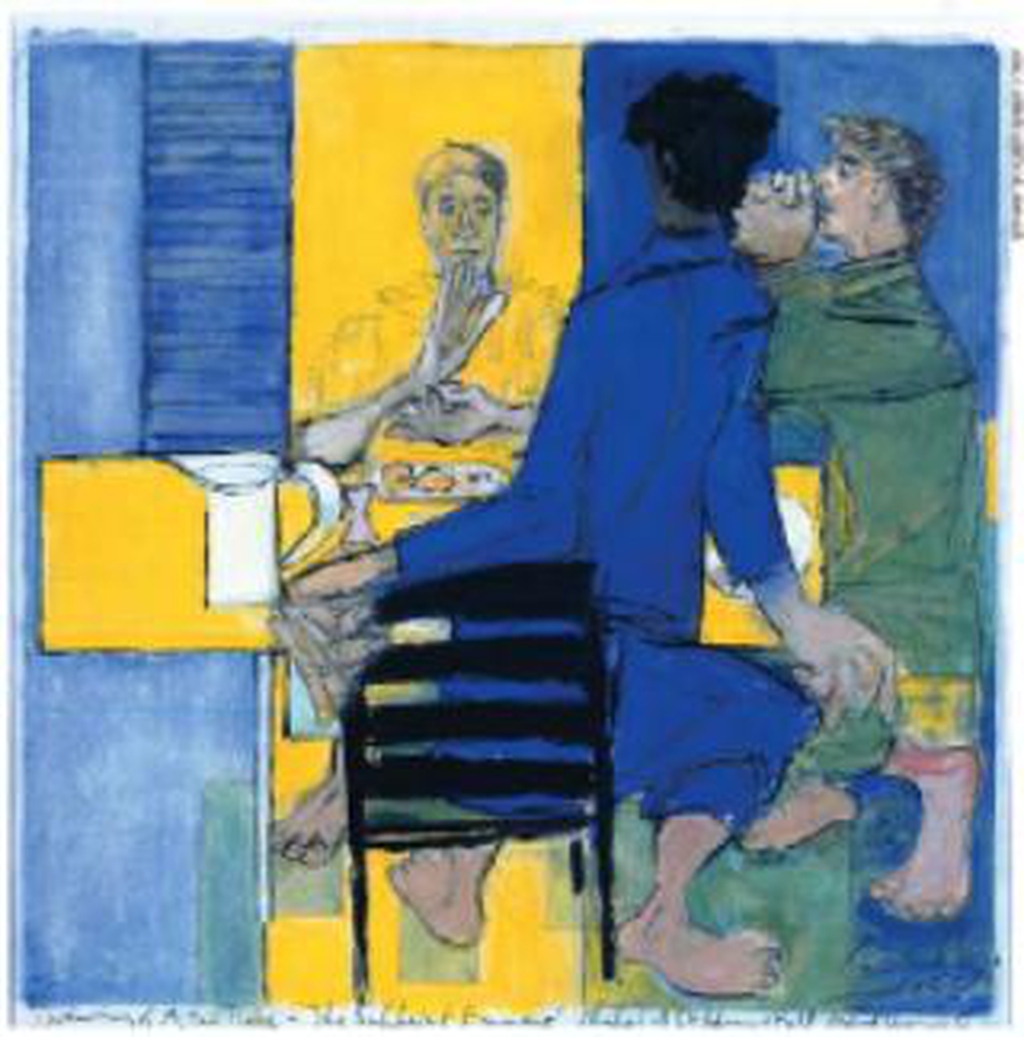 All Saints Harrow Weald
Services and events
News and notices
About us
Archbishop of Canterbury's Advent Letter
Kingdom of God - so last century? a challenging article by Brian McLaren
Find us
Uxbridge Road Harrow Weald London/Watford
Get in touch
(020) 8954 8865
Facilities
More information
Edit this Church
Church of England Diocese of London All Saints Harrow Weald

Kingdom of God - so last century? a challenging article by Brian McLaren

It’s a very practical question for people like me who believe that the secret message of Jesus has radical transformational potential today—and who feel called to try to communicate it. Of course, we’ll always need to go back to Jesus’ original words and story, seeking to understand how kingdom language worked in his own day. But then we must discover fresh ways of translating his message into the thought forms and cultures of our contemporary world, if we are to “teach what Jesus taught in the manner he taught it.”

The search for the best translation is an artistic pursuit as well as a theological one. It involves not just a deep understanding of Jesus’ message, but also a substantial understanding of our contemporary culture and its many currents and crosscurrents. Whatever metaphors we choose will likely have a limited shelf life, and each will be open to various misunderstandings—just as Jesus’ own metaphors were.

I’ve been playing with a number of metaphors for the last few years; six strike me as having special promise.

The dream of God. I frequently try to put the prayer of the kingdom (what we often call “The Lord’s Prayer”) into my own words so that I don’t just recite it on autopilot. But I often struggle with how to paraphrase the clause “your will be done on earth as it is in heaven.” Since the language of “will” can take us down a trail of control, domination, and coercion, and since I don’t believe those ideas are in Jesus’ mind, I have looked for other words.

The Greek word that lies beneath our English word “will” can also be translated “wish.” But to say, “May your wish come true” sounds fairy tale-ish and creates other problems. But I have found the idea of “the dream of God for creation” does the job nicely. “Your kingdom come, your will be done on earth as in heaven” could thus be rendered, “May all your dreams for your creation come true.” This language suggests a more personal, less mechanistic relationship between God and our world. It would resonate, for example, with a mother who has great dreams for her child, or an artist who has great dreams for a novel or symphony he is creating.

And the call to practice is the call to learn to live the way God dreams for us to live.
The revolution of God. For people like Martin Luther King Jr., attuned to fighting injustice, corruption, oppression, racism, and other forms of social evil, the “revolution” or “revolutionary movement” of God naturally flows from the metaphor of the dream of God for creation.

This metaphor claims that we human beings have created a totalitarian regime—a regime of lust (where too many people are reduced to sex objects or hyped into sexual predators), a regime of pride and power (where some thrive at the expense or to the exclusion of others), a regime of racism, classism, ageism, and nationalism (where people are identified as enemies or evil or inferior because of the color of their skin or the physical or social location of their birth), a regime of consumerism and greed (where life is commodified, where people become slaves to their jobs, where the environment is reduced to natural resources for human consumption, where time is money, which makes life become money). This regime is unacceptable, and God is recruiting people to join a revolutionary movement of change.

The revolution cannot use the corrupt tactics of the current regime; otherwise, it will only replace one corrupt regime with another. For example, if it uses violence to overcome violence, deceit to overcome deceit, coercion to overcome coercion, fear to overcome fear, then the revolution isn’t really revolutionary; it’s just a matter of lateral conversion or regime change. The very success of such a revolution would reinforce confidence in its tactics.

The mission of God. The Latin term missio dei has long been used to describe God’s work in the world. Its etymology (the root miss means “send”) reminds us that God sends us into the world to be agents of change: We have a task to do for God. True, there is more to the kingdom than mission; being in relationship is essential to life in the kingdom, so kingdom life is not just doing work. But this metaphor still has great value, as long as we complement it with more relational language.
We might adapt the metaphor and speak of the medical mission of God, adding the relational connotations of caring and healing. Imagine that everyone on earth has become infected with a horrible virus. The virus makes people physically sick and mentally insane. Its symptoms vary from person to person and place to place: In one place it causes violence, in another sexual aggression, in another lying, in another paralysis, and so on.

Imagine that a doctor develops a cure. He brings the cure to you and says, “Once you take this medicine, you’ll begin to feel better, but I’m not just giving you the cure for your sake. As soon as you feel well enough, I want you to make more of the cure and begin bringing it to others. And tell them the same thing: they are being healed not just so they can be healthy but also so they can become healers for the sake of others.” Just as the disease spread “virally,” now the cure will spread. A healing mission—where you are healed so you can join in healing others—would be an apt metaphor for the kingdom of God.

The party of God. Jesus often compared the kingdom to parties, feasts, and banquets. Today we could say that God is inviting people to leave their gang fights, workaholism, loneliness, and isolation and join the party, to leave their exclusive parties (political ones, for example, which win elections by dividing electorates) and join one inclusive party of a different sort, to stop fighting, complaining, hating, or competing and instead start partying and celebrating the goodness and love of God.

Just today I met some folks from a church in Minneapolis who demonstrate this metaphor in a dramatic and fun way. A group of them gather on a street corner in a poor part of town. They take overturned trash cans, old pots and pans, and an assortment of drums and other percussion instruments and start creating a loud, joyful rhythm. Soon a crowd gathers. It’s impossible not to smile when you hear the joyful music being made mostly from junk. Homeless folk and people from the neighborhood start dancing.
Then the church members start distributing food—not in the somber style of a soup kitchen, but in the joyful atmosphere of a street party. They don’t have to say a word, really; they’re demonstrating their message—that the kingdom of God is like a street party to which everybody is invited.

The network of God. A promising new metaphor works with the idea of a network or system. God is inviting people into a life-giving network. First, God wants people to be connected, plugged in, in communication with God, so God can transfer to them what they need—not just information but also virus-debugging software, along with love, hope, empowerment, purpose, and wisdom. As well, each person who is connected to God must become integrally connected to all others in the network. In this way, the network of God breaks down the walls of smaller, exclusive networks (like networks of racism, nationalism, and the like) and invites them into the only truly worldwide web of love. The network becomes a resource for people outside the network as well, and of course, people are always invited to enter the connectivity themselves.

The metaphor of an ecosystem could work in a similar way: We are currently living in an imbalanced, self-destructive ecosystem, but God is inviting us to live in a new network of relationships that will produce balance, harmony, and health. The metaphor of a community works along similar lines. One thinks of theologian Stanley Grenz speaking in terms of “the community of God,” or Dr. King’s preferred phrases, “the beloved community” or “the inescapable network of mutuality.”

The dance of God. In the early church, one of the most powerful images used for the Trinity was the image of a dance of mutual indwelling. The Father, Son, and Spirit live in an eternal, joyful, vibrant dance of love and honor, rhythm and harmony, grace and beauty, giving and receiving. The universe was created to be an expression and extension of the dance of God—so all creatures share in the dynamic joy of movement, love, vitality, harmony, and celebration. But we humans broke with the dance. We stamped on the toes of other dancers, ignored the rhythm, rejected the grace, and generally made a mess of things. But God sent Jesus into the world to model for us a way of living in the rhythm of God’s music of love, and ever since, people have been attracted to the beauty of his steps and have begun rejoining the dance.

There are many other metaphors we could explore. In a sense, Jesus’ creative use of parables sets an example for us to follow. It inspires us to ongoing creative communication—seeking to convey the kingdom through the symbolism of words as he did in the short fictional form of parable, and also in poetry, short story, novel, or essay. But it doesn’t stop with the symbolism of words. People have been inspired to express the kingdom through the symbols of space and form, color, and texture—in architecture and interior design. They have used the symbolism of movement and gesture in dance and drama. They’ve used the visual languages of painting, sculpture, collage, flower arranging, or gardening. Even the symbolic language of taste can express the kingdom in cooking. Come to think of it, we might say that the kingdom of God is like an arts colony.

Brian McLaren, a Sojourners board member, is founding pastor of Cedar Ridge Community Church in Maryland.
This article is adapted from his new book, The Secret Message of Jesus: Uncovering the Truth That Could Change Everything.
Reprinted with permission from W Publishing Group. © 2006

(For a rounder view of the topic, do not fail to read also The Kingdom of God is today and tomorrow) Last Updated ( Tuesday, 11 July 2006 )