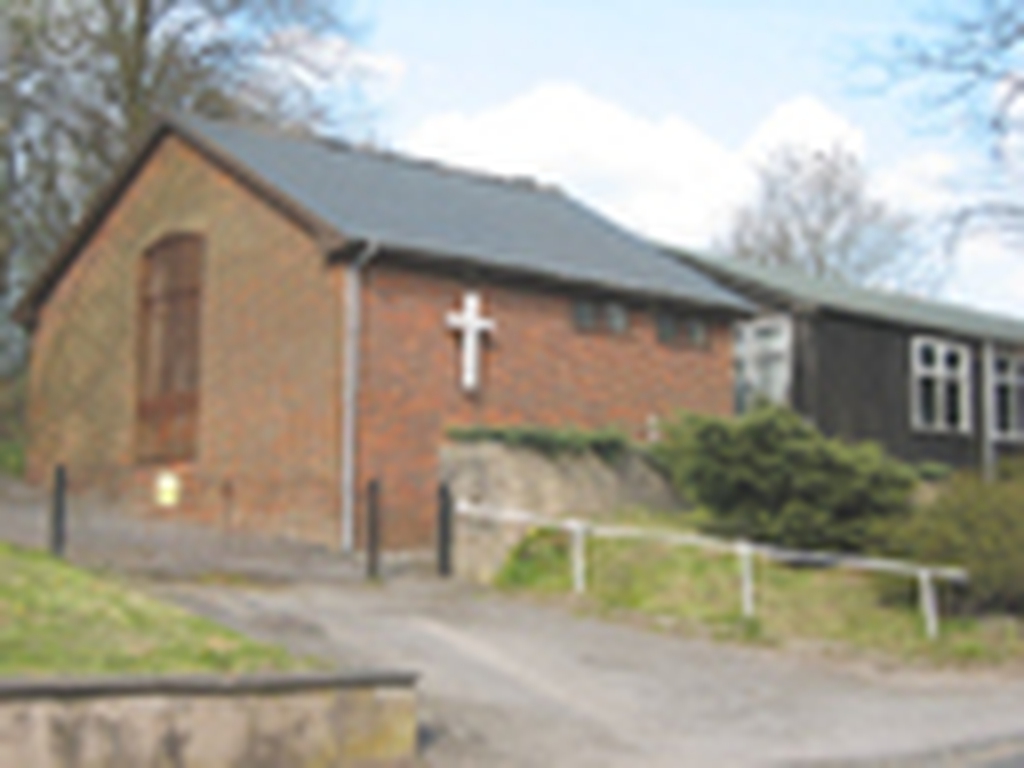 The original St. Mary’s Church was a “Waterloo Church”, which means the government provided money from its “Million pounds church fund”, voted by parliament as a “thank you” offering for victory at Waterloo.

It was built in 1827 and sited on land given by the late Colonel Robert Gregge-Hopwood of Hopwood Hall. It was completed in 1829 and dedicated to the glory of God, St. Mary being named as the patron saint. The bricks used were made from clay dug on the site.

The interior consisted of an apsidal chancel, nave and two side-galleries, north and south, and built to accommodate 857 worshippers, for a scattered parish four by three and a half miles.

After 133 years of worship and devotion in this well-loved church, the sad news came that following an investigation by an appointed architect, the roof against the north and south walls was developing rot and in the interest of public safety, all future services should be held in the old school. The repair costs were too great, and the church was demolished in 1964.

The current St. Mary’s Church, a prefabricated timber building, was erected in 1962, and houses a few items of furniture from the original church: a beautiful ornate communion table made of oak, two 17th century chairs, the alter rail, the Mothers’ Union banner, and the lectern. It has a small but dedicated group of worshippers, with a relaxed, warm and friendly atmosphere. Sunday services are 9.30am each Sunday except the first Sunday of the month, which is at 11am. We hold two fairs each year, June and December, to raise funds for the church. We are also open for the Heritage Weekend in September each year, attracting a number of people interested in our history and visiting the cemetery, where there is a gypsy grave and a few war graves, including a war memorial dedicated to local servicemen who died in both world wars.