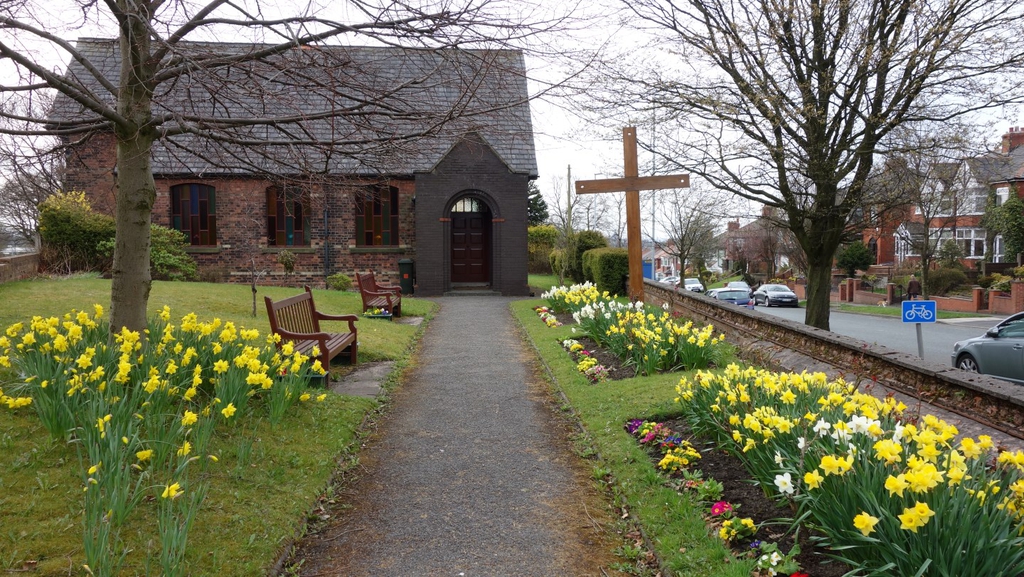 The land on which our church stands was given by the Earl of Wilton on May 27th 1875. The foundation stone was laid masonically on August 5th 1876. The first services were held on March 10th 1877. At this time the church was known as St Thomas's Mission Church and was in the care of the Vicar of All Saints, Rhodes. This status continued until the Synodical Government measure of 1969 after which it became a District Church with its own constitution in 1970.

It is said that the owner of nearby Schwabes Mill in Rhodes had St Thomas's Mission built to accommodate the workers at the mill who were not able to afford a Sunday coat!

During the Second World War air raid shelters were built where the church garden now is. These remained after the war and were used as changing rooms for the football team. At this time the entrance to the church was by a steep flight of stone steps from Heywood Old Road to an entrance on the south side of the church.

With the coming of school meals the church was used to accommodate lunches for the children who attended the Methodist School just over the hill.

The church was re-roofed around 1960. There was a major project to landscape the gardens (removing the air raid shelters) and build a new porch on the north side of the west end of the church with a wide path to the corner of Ellis Lane and Heywood Old Road. On completion this was dedicated by the Bishop Patrick Rodger of Manchester in July 1976. The old entrance was then bricked up and the stone steps filled in and a new section of the wall on Heywood Old Road was constructed.

As a result of a kind bequest, in 2008 a septic tank was installed in the church garden on the south side of the church and the old chemical toilet was replaced with a flushing toilet.

In 2010 St Thomas's Church became part of the Parish of Langley.