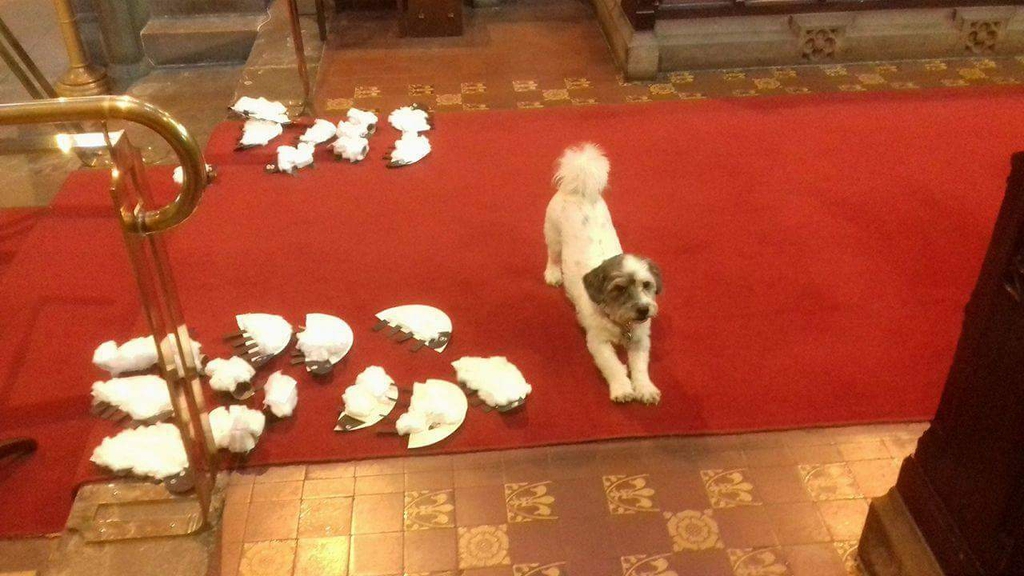 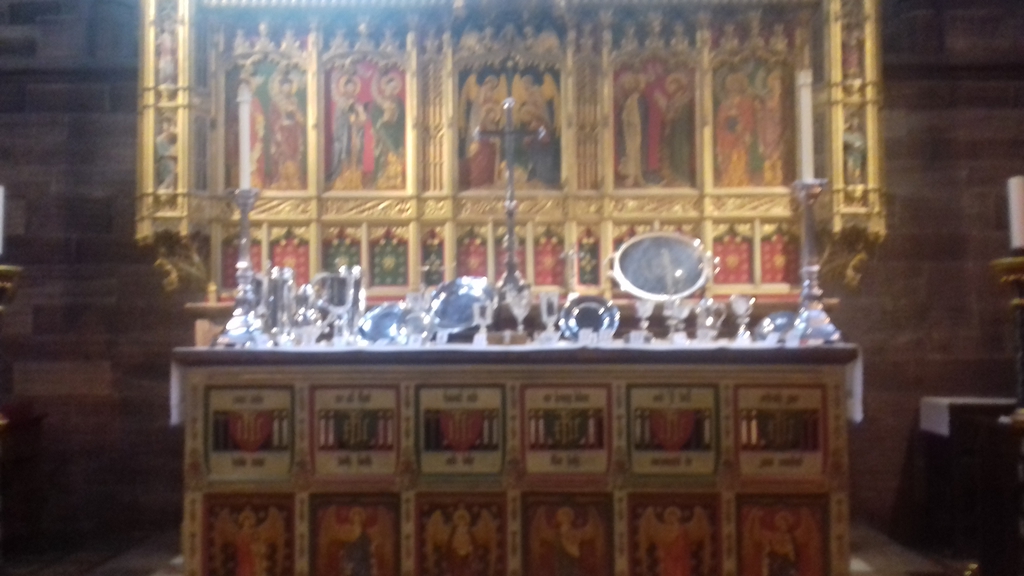 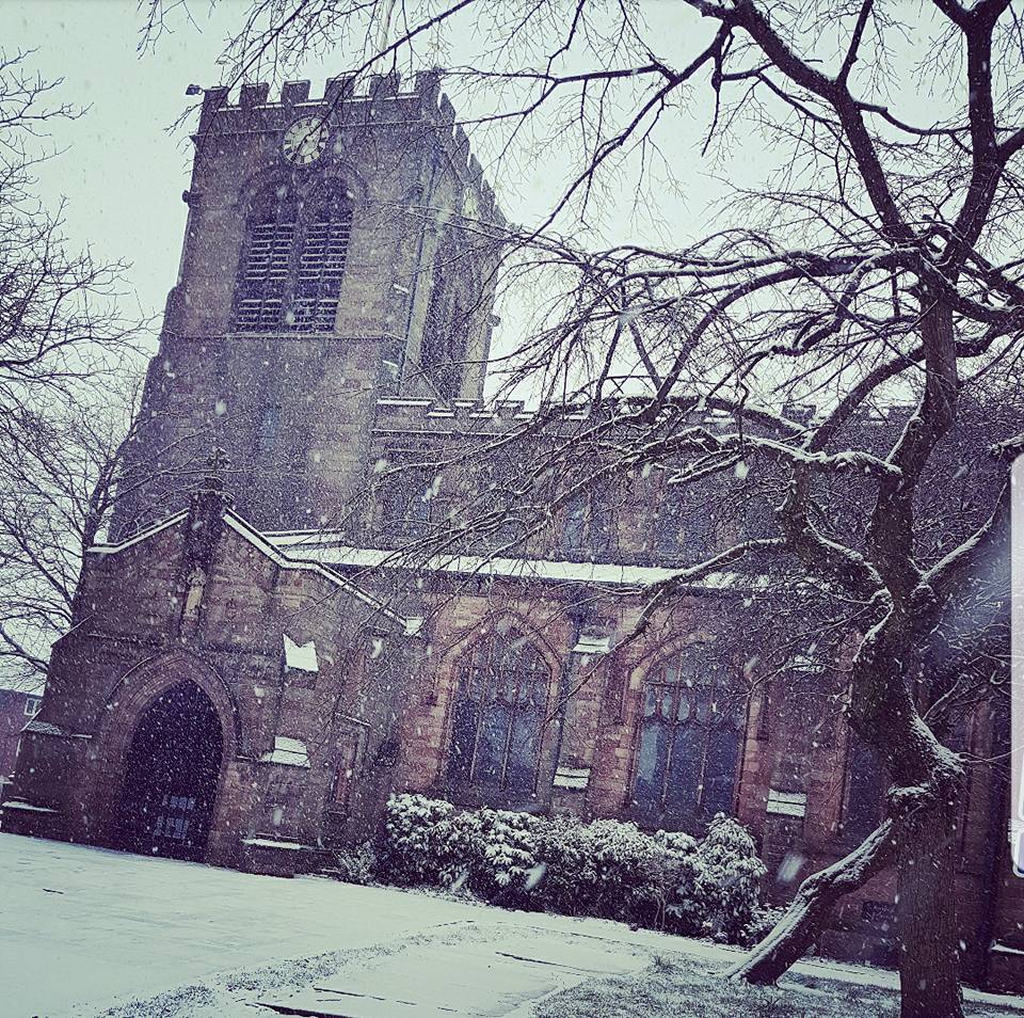 Holy Communion is celebrated on Sunday at 8:45am and 10:00am and Wednesday at 10:15am and Saints Days as announced.

Members of other churches are welcome to receive the Sacrament here. Please stay after the 10:00am Sunday service for tea and coffee served in the Vestry.

The church is open Wednesday and Friday mornings for private prayer and viewing.

For further inquires or to make bookings for Weddings, Christening ect, please come to our Vestry Hour on a Monday evenings 6.00pm – 7.00pm.

St. Mary's is in the centre of Leigh by the Civic Square, which was originally the market place, next to the library and opposite the Town Hall. The church was first recorded in documents in the 13th century but the date of its foundation is uncertain. The first church on the site was dedicated to St Peter and was described as the Church of Westleigh in Leigh. Its dedication was changed to St. Mary the Virgin at the end of the 14th century. The church straddled the ancient boundary between the townships of Westleigh and Pennington, the nave and churchyard in Westleigh and the chancel in Pennington.

For several hundred years it was the only church to serve six townships, Westleigh, Pennington, Bedford, Astley, Atherton and Tyldesley, that made up the old ecclesiastical parish. For baptisms, marriages and funerals the population of the six townships had to travel to St. Mary's or else churches that lay outside the parish's boundaries, such as St Mary's Deane, All Saint's Church in Wigan or St Mary the Virgin Eccles. The first Astley Chapel was built as a chapel of ease and consecrated in 1631. A second chapel of ease dedicated to St John the Baptist at Chowbent was built in 1645 by John Atherton but not consecrated until 1723. A third daughter church, St George's Church, Tyldesley, was consecrated in 1825, St Thomas in Bedford was built in 1840 and Christ Church, Pennington in 1854.

Its early history was linked with the Westleigh family who were Lords of the Manor of Westleigh. John de Westleigh was parish priest in the reign of King John (1199–1216). The church was probably rebuilt during the 15th century. The tower dates to about 1500. The chantry chapel of St. Nicholas, the Tyldesley Chapel, occupied the east end of the north aisle and the Atherton chapel, dedicated to St. Mary the eastern end of the south aisle. The tower was restored twice, once in 1721 and again in 1849. In the late 1860s the church had become unsafe.

In 1871–73 the church, other than the tower, was rebuilt by the Lancaster architects Paley and Austin at a cost of £8,738 (£570,000 as of 2013), Providing seating for 710 people, James Fraser, Bishop of Manchester reconsecrated the building in February 1873. In 1890, the successors on the Lancaster practice, Paley, Austin and Paley, refitted the chancel, including the provision of an altar and reredos. In 1909–10 the same practice, then known as Austin and Paley, added a choir vestry to the north of the church, and recessed the tower.