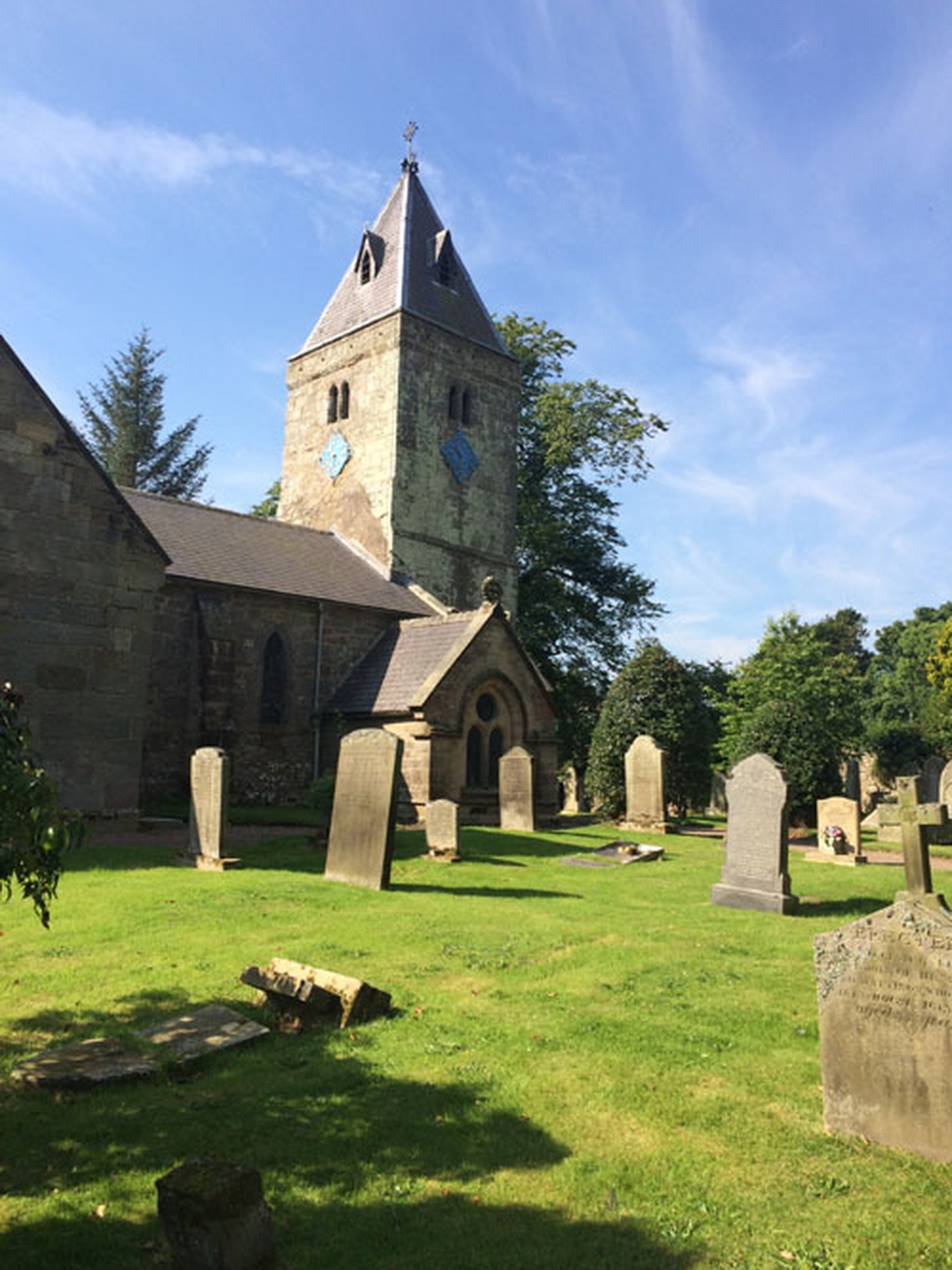 A warm welcome awaits you at St Maurice Eglingham.

In the 12th century Ceolwulf, the Saxon king of Northumbria, granted the hamlet of Eglingham to the monastery at Lindisfarne. A church was built on this site of which only the chancel arch remains today. However, Pevsner, in his ‘Buildings of England’ Northumberland, described St. Maurice as a ‘much restored but picturesque’ church. The West Tower is likely of C13th origin, and the paired lancets of the belfry show that Alnwick Castle Barbican and Ingram Church tower could be it’s brother & sister churches made by the same craftsmen. Henry Baker-Tristram, a C19th vicar, added the vestry to the church in 1828. The North porch created in 1865 as a memorial of Archdeacon Coxe and the steeple in memory of Oswald Carr, a young soldier are both commerated by a wall plaque by the tower. Two ancient bells occupy the belfry; one, formerly from Old Bewick Church, is dated 1489.

The octagonal font at the back of the nave is perhaps the church’s oldest feature and thought to be the work of William Butement. It is dated 1663 with the initials C.R. (probably referring to Charles II). It bears several masons’ marks and inscriptions. The aisleless nave and north chancel are medieval work undated. The Ogle Pew on the north side of the nave is a small projection beneath which is the Ogle Vault reflecting the Ogle families connection with the Manor in Eglingham. On a stone slab on the pew floor the crest of Mark Ogle of Flodden Field fame, a former Squire of the parish can be seen. Other family connections include Carr-Ellison from Hedgeley and the Collingwood family who were direct descendents of Admiral Collingwood who lived nearby Lilburn and fought with Nelson at Trafalgar. The churchyard itself reflects many old headstones unique to this area and dating back to at least 1722. Likewise, the old ash tree, of some 250 years old still stands.